Warframe: This game is fucking old and I love it 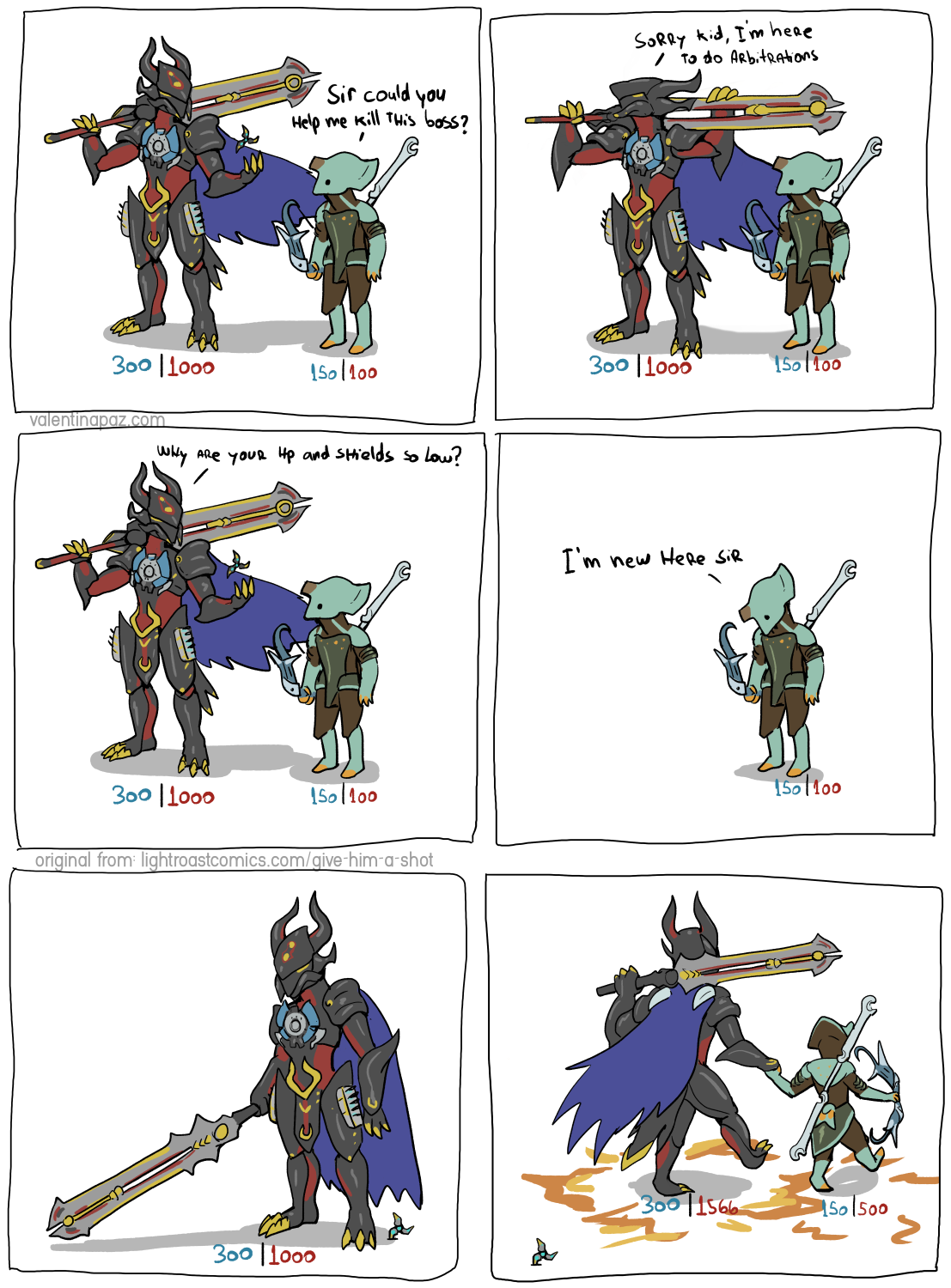 I feel like it was a little over a year ago I saw Gamemaniac play this weird looking game about space robot ninjas. I enjoy the opinions and suggestions of Pat of the now defunct Super Best Friends, but when I saw him streaming Warframe on his personal twitch, it was another notch on the belt. We're now nearing the end of January and I've officially broken what I consider the glass ceiling of this free-to-play game; there's that boundary where you stop playing a free-to-play game as casual fun and start investing an unnecessary amount of attention towards min-maxing your experience. There's a big example to explain this but the short example is that I managed to make 300 premium currency platinum over the past few days on just trading alone. That's roughly $16 USD. And I'd have 500 plat if I didn't spend it somewhat liberally because of course I'm going to spend it liberally, I earned this plat.

The longer example needs to explain forma. When you level up items, you can insert a forma to start it over. A forma slot halves the mod cost for matching mods, allowing you to fit more and more space heavy mods so 2 V slot mods that are normally 24 altogether only take up 12. And rivens are mods that have randomized but potentially powerful stats at the cost of normally being 18 mod space in addition to everything else you're going to put on a weapon. A weapon with a riven is going to be forma heavy.

Even Gamemaniac3434 is surprised how far I've come. He's been playing the game for far longer and I'm at mastery rank 15, which is 3 above him last time I checked. He only spends plat when absolutely desperate but I normally drop 20 just for catalysts and 12 for slots because I'm constantly crafting new items and I also still use plat liberally in order to buy prime parts off other tenno to cut through some of the RNG grind. RNG grind like having 3 out of 4 parts to craft a weapon so I buy the last part of a willing trader. Speaking of which I've been hunting for 2 days and still no one will sell me a Redeemer Prime Handle wtf.

I still haven't spent as much money at once on this game compared to just buying a new release outright. Even when being thrifty, paying bills, and living paycheck to paycheck, I could always jump into Warframe and expect some fun without dropping $60 all at once. Maybe my account is worth that much now but that's been spread out over the course of the past year.

I still remember just starting out with the stock MK-1 Braton and Scana. I still remember slamming my head against the wall to open up jump rails with weird resource requirements I had to look up on a wiki. I still remember hitting Neptune and getting stonewalled by a sudden jump in enemy difficulty which now seems quaint as I hit node 5 of elite onslaught or tamp down sorties which can go up to level 100 enemies with enhanced armor. Hard to believe I used to use a Braton with no catalyst and now I have a Stradavar with a catalyst, 4 forma, and a riven letting its total multishot hit 300% with 125% toxin damage. 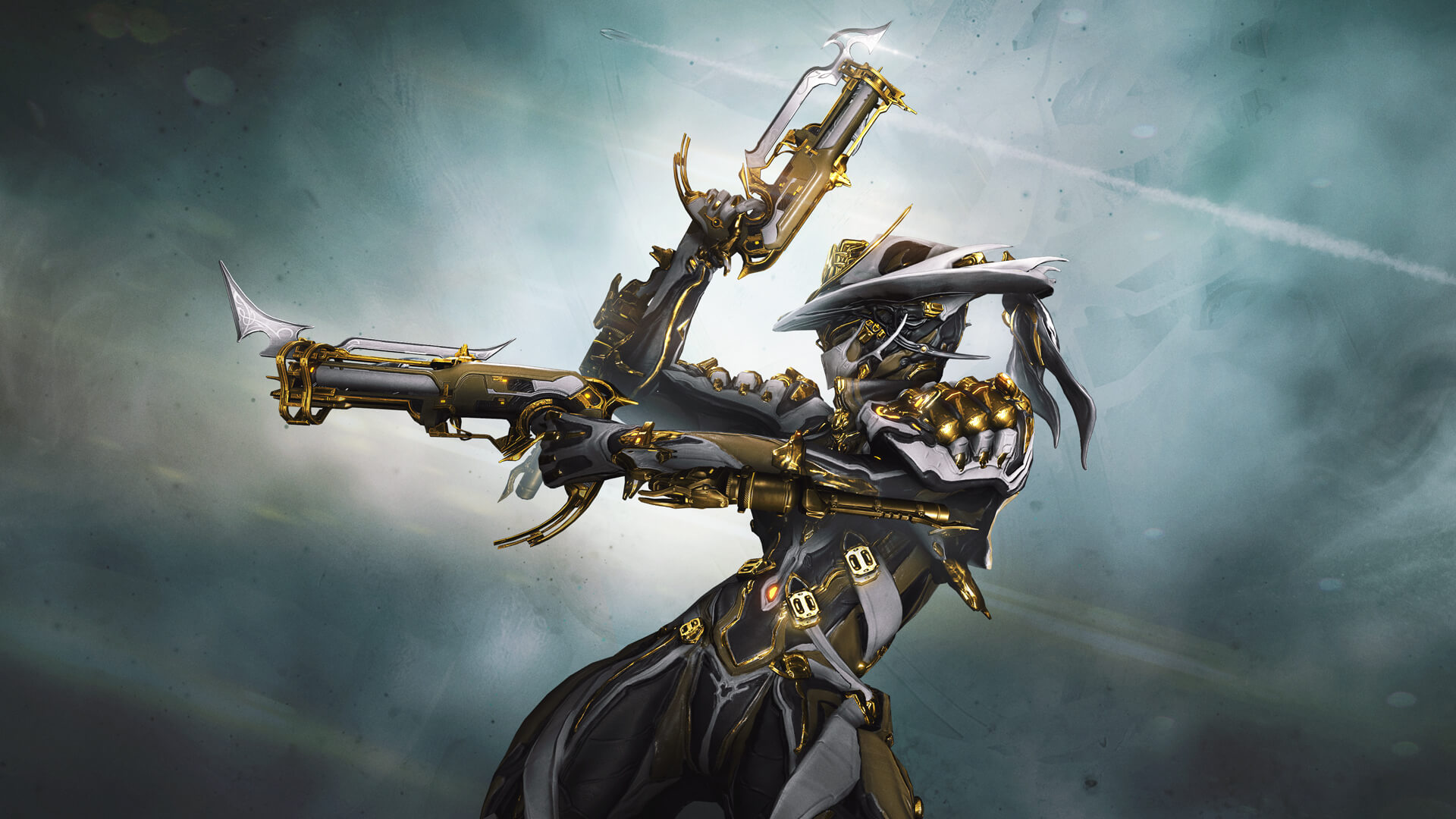 So far the only large purchases I made were Mesa and Atlas, as their questlines are absolutely the worst. My profile however states Mesa is my most used Warframe at 16% on average between missions. And I just now finished building Mesa Prime, the cooler, primed variant with slightly better stats but most importantly, regal, gold accents. I couldn't help but feel like I'd hit a milestone when I sold my old Mesa frame to make room for Mesa Prime on my Orbiter. There was a time when I told Gamemaniac before her release that I would be incredibly excited to make myself a Primed variant of Mesa should she ever get released. All that's left between the two of us is Nidus Prime, but GM has gone on record with me that he's hesitant how the normally gold and guilded Prime style would go on the mutated and noxious Nidus design aesthetic. Oh well, give me Atlas Prime then! With a small rework maybe.

These days, I'd be following on the few bloggers before me in saying that life is becoming more and more detached due to our individual circumstances. My seasonal job ended, so I'm back on the career grind, and ultimately my lifelong dissatisfaction with my job is the core of all my unhappiness. It makes me feel worthless both as a person and as a financial being. And while Monster Hunter World: Iceborne is nearly a year away and I still go back every now and then for events, Warframe is always here and it doesn't cost a penny to enjoy at its base. Even now, part 2 of its Fortuna update is in cert for PS4 while the PC release leads the way for more and more content updates like the Wolf of Saturn, Rail Jack, and the New War. I've gone from a tenno waking up disoriented on what's going on to being greatly invested in the story of the Tenno, the Sentients, and all the factions in between.

I feel like Warframe has been with more for awhile and I wasn't even playing it when it first started. And I stil play it now as a form of constance in my journey to improve myself personally. As a side note, if you think a blog could get another set of eyes to be promoted, go ahead and let me know through PM or Discord. I still try my best to provide community members a voice to the front. But like I said, I'm a work in progress since I went back to square one. See you guys for the rest of 2019. You know where I'll be: on the star charts in Mesa Prime. 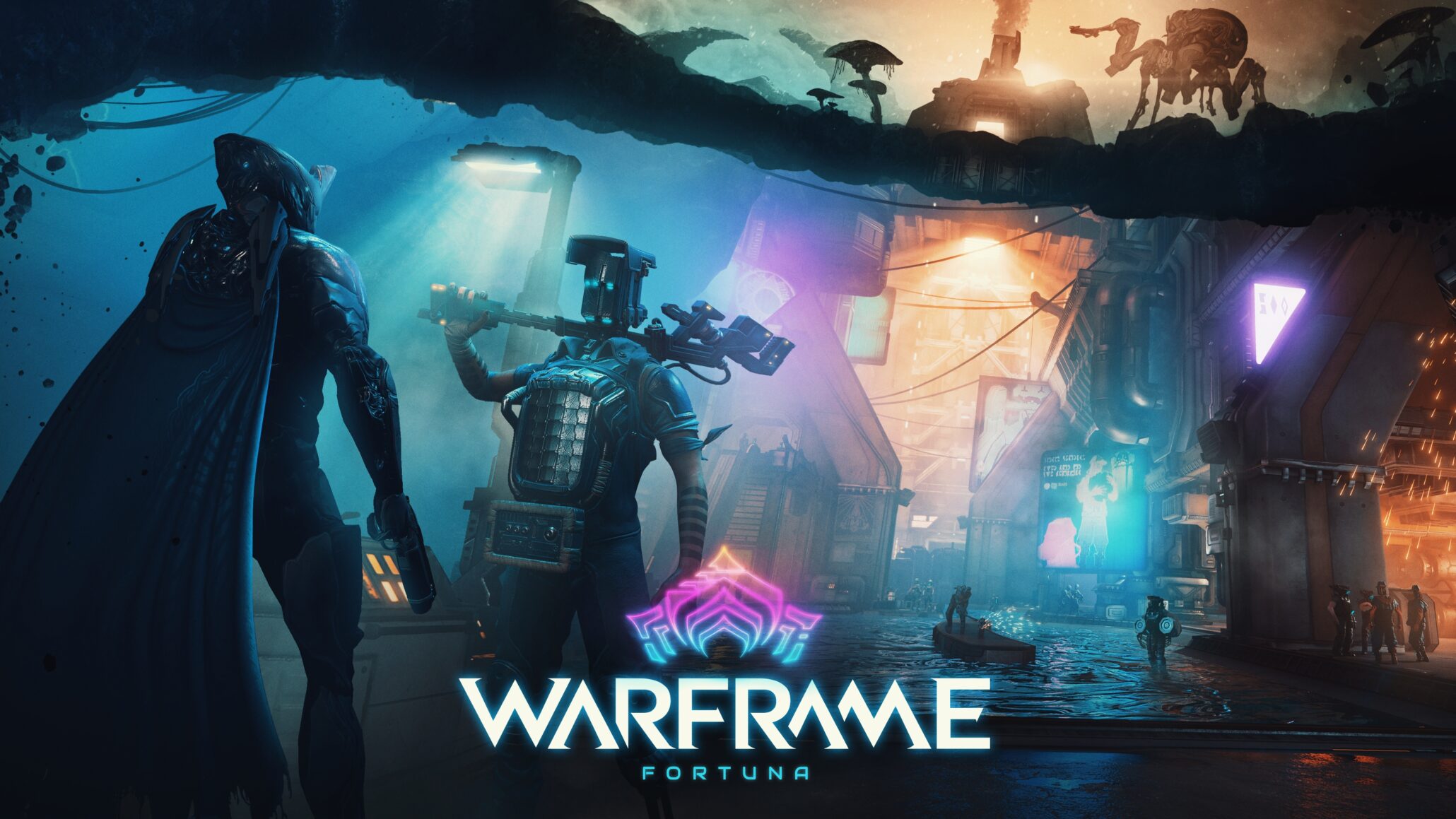