Hello friends and welcome to another discussion of The Orville! This week sees The Orville move to its new time slot on Thursday nights. Moving forward, these reviews will appear on friday or saturday most likely. If you missed last week's disucussion, you can find it here. I would really like to thank all of you that read and commented last week. I was surprised how many there were and how good the discussion was. That meant a lot to me! So, thanks! As long as people stick around, I will be more than happy to keep this blog series going.

Before we dive in, remember our disclaimer:

Bortus was in very real, very understandable pain. He and his mate had a very powerful disagreement. This resulted in their child receiving a sex change. Their child was (arguably) hurt by the decision reached. At the very least, even if Tobal (was that his name? anyone remember?) felt no pain and grows up to be a fine man with no physical or mental repercussions from the procedure, Bortus will always wonder what might have been. What might Tobal have become if she never became a he? This wracks his heart.

So he seeks out another alien crewmember. The very phallic crewmember (was that Altox? I'm looking on IMDB and I'm just not sure) agrees to supply him with a program. I must interject that this alien design was SO cool. I absolutely love that this show makes such a concerted effort to have a diverse cast of aliens. Not all aliens look like humans with stuff glued to their heads. I regret that I can't find a picture of him (her? it?) on the internet. So I'm just gonna throw in the beloved Yaphit here. 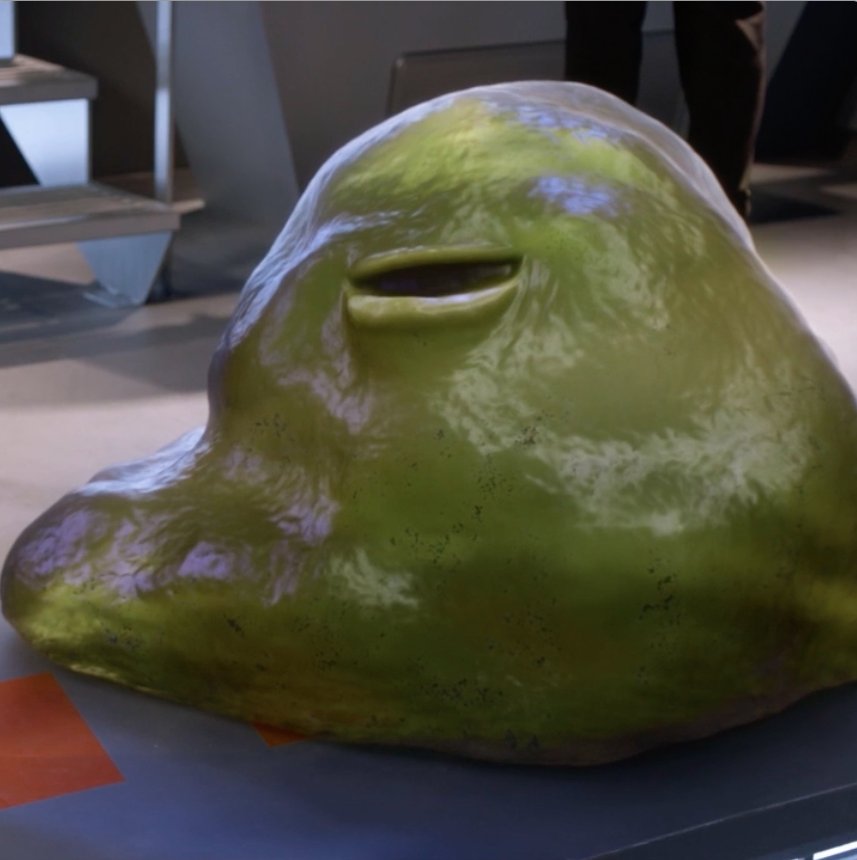 Now let's talk about that planet!

I can't believe how much money was spent on the visual effects of this episode. We witness a planet slowly (and then quickly) consumed by a sun gone supernova. At the last minute, our crew learns that there are 70 people left on the planet. Bortus and Isaac are sent down for contrived reasons having to do with radiation. They manage to rescue 30 people but had to leave the others to die. There simply wasn't enough time to do more.

The real issue here is that it forces Bortus into a state of deep self-reflection. When he sees families torn apart and some people stay on the planet to die, he questions everything about his marriage to Klyden. He decides that he is grateful to have his mate and his son in his life. And in spite of his anger, resentment, guilt, and who knows what other emotions, he wants to do whatever he can to make things work. He and Klyden reunite and vow to make steps to repair their damaged union.

But what did you think? Share your thoughts with us below!