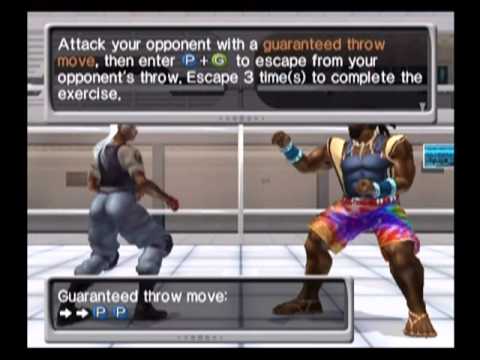 Training Mode has been essential to the fighting game genre. It was a way for players to sharpen their skills so that they can try their moves out in locals, online, or in major tournaments. It was a place where they can practice combos, learn the character’s movesets, understand their flaws, etc.

Some games like DOA5 Last Round and Mortal Kombat X actually display frame data in their mode, while others like Tekken 7 for example use a feature where you can practice against an opponent’s move without using the Play/Record feature.

When it came to the best training mode ever in fighting games, several people talk about the greatness that is Virtua Fighter 4 Evolution.

What makes VF4 Evolution so great in terms of their training mode? It gives the players well-detailed options that shapes them into a better fighting game player. Whether you are a casual, newcomer, intermediate, or an expert, there’s something for everybody.

Take a look at the clip below. SWBeta made a five-part video showcasing how this game’s training mode work. Command training is the first option, and the most recommended if you are trying to learn a character in this game. One thing I need to mention about this mode is that the HUD will give you advice on how to do a Just Frame move. It will also let you know if you did the move too early or too late. It’s quite helpful.

You have your traditional Free Mode in which you can practice however you want on your own. Nothing too special, but it gives you several tools for you to work on, like many other fighters.

Then we get to the meat and bones of the Training Mode, which is Trial. Trial has four different modes that range from beginner to advanced players. The tutorial mode is your first stop if you are brand new to the game. It teaches you the basic fundamentals of a fighting game, such as how to move, attack, block, throw, break a throw, etc. If you never played a fighting game before, I suggest you head down there.

Tactics Advice is for intermediate players who finally grasp the idea on how the game is played. This mode allows you to learn attack series and simple combos with different characters. Attack Series teaches you each character’s tools that they have, while simple combos allowed you to learn how to do simple combos.

One thing about Virtua Fighter is that it can take several months to learn one character. It’s not like Street Fighter or other fighting games that allow you to have a more than one main. Tactics Advice is your go-to if you are serious about learning a character.

Challenge Mode is for the advanced players using what they learned in previous modes. Remember in Tutorial Mode where you had to practice how to attack and block based on repetition? Well, now you gotta do it in a row without messing up, and you have to do them under a time limit. If you fail a challenge, don’t worry. It will give you more advice on what you need to do next time. Keep practicing until you manage to get it right.

Lastly, we have the Guide, which is basically the in-game Glossary of Virtua Fighter. It has every term that you can think of that relates to the game in regards to the mechanics, stances, and other helpful words.

I’m not going to share all of the videos, but if you are curious to find out what that game’s Training mode is like, SWBeta has a five-part video showcasing what this game has to offer. And it’s good to know that SEGA AM2 took a few pages from that training mode and applied it to VF5FS.

VF Month is almost done. Join us next week for the finale as we talk about the resurgence of VF tournaments such as the 16th Beat-Tribe Cup!

Also, I’d like to wish you all a Merry Christmas! See you all next week!