My how time flies friends (and makes a whirring, wheezing sound as it does so). We have reached the season finale! We'll have one more episode at New Year's for a special. But then we won't have Who with us until 2020! I kind of hate the BBC for their release schedules. But all I can hope is that the time is taken to really get creative with the writing for next season.

Remember: Full spoilers are below. 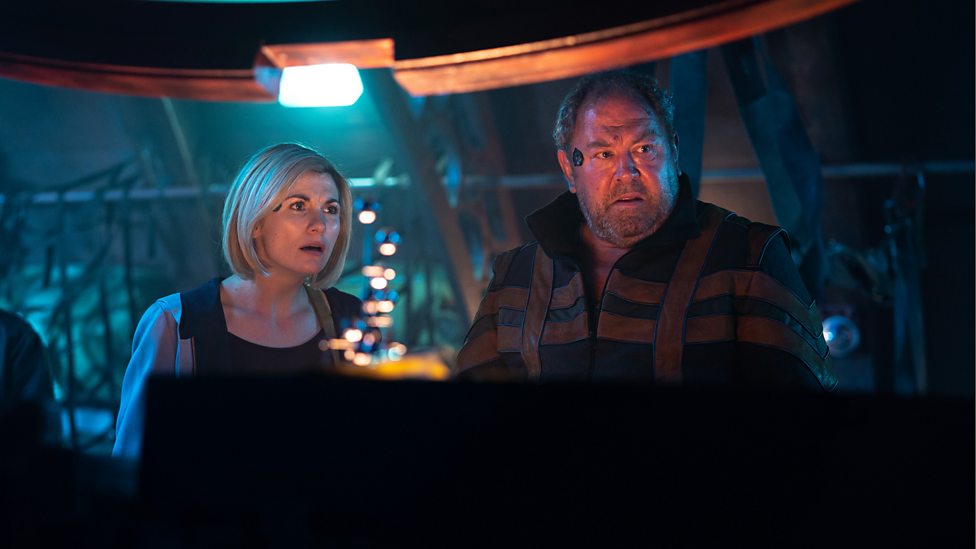 We may as well start with our guest star, Mark Addy, who played the amnesiac alien Paltraki. He did a fine job here, even if the role was somewhat limited. I believed his confusion, as well as his light bulb moments. I rather like this actor. He's one of the main character's in A Knight's Tale, which is one of my favorite movies of all time. I also enjoyed a sitcom he starred in about a decade ago called Still Standing. I was just really glad to see him.

Let's talk about Tim Shaw next. He really showed his merciless villainy here. He did not hesitate to destroy entire planets full of people, just because he's a dick. He set himself up as a false god to a people and had them build him a Death Star powered by their very thoughts. He was pleased to learn of Grace's death. He mocked Graham for showing mercy. He's just a bad dude.

Surely the real villain of this episode is blind faith. If Jesus came back at the Second Coming and commanded me to build Him a Death Star, I would be pretty confident in saying that either A) it wasn't really Him, or B) He isn't worth following. But the Ux just went right along with it. They really should have watched Star Trek V. What would God need with a starship? Or a Death Star, for that matter? 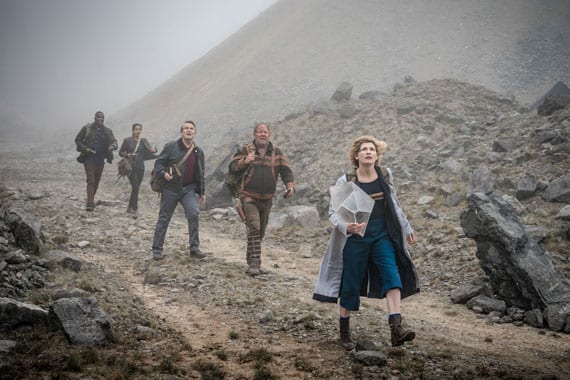 I really liked the prop of the planet containers. Just a neat little thing.

Watching Graham go through his arc over this hour was the real meat and potatoes of the episode. Bradley Walsh has really carried the show this season, and this was no exception. It was understandable. It was palpable. It was heart-breaking. And of course it was rewarding to see him get a fist pump and the L word from Ryan. If they ever kill Graham off (or worse, wipe his memory), I may just stop watching the show all together. He is absolutely my favorite companion (even if Rose is my true love). Bradley Walsh deserves all the praise and all the rewards. I just can't say enough about him and this character.

Tosin Cole was great in his bits. He was going through a lot as well. He totally understood why Graham felt the way he did. But he also knew that his Nan wouldn't want the things that Graham intended to do. And he reached a decision. He finally decided that he loved Graham. And as part of that, he did all he could to protect Graham from making an irreversible decision.

But would it really have been so bad to kill Tim Shaw? I mean, this guy makes Hitler look like a kitten. Is it really so bad to end such a monster? In the end, they lock him in a stasis pod, where it's conceivable (however unlikely) that he could escape and kill again. At the very least, he should have been taken to the Shadow Proclamation or similar entity so that he could answer for his crimes. And also, he is just one Stenza. The rest are still out there, waging war on the galaxy. They have yet to be put in line.

This all brings us to the Doctor. In what will be the most controversial element of this iteration of the Doctor, she has become a true pacifist. She has completely untethered herself from the rage and guilt of her past lives. Even when faced with Tim Shaw, she is irritated rather than indignated. It's... it's really odd. After 4 1/2 doctors of NuWho that are just filled with anger, it's jarring to see this. I don't quite know what to make of it. I mean, I'll be honest. It feels out of character. But at the same time, it's not necessarily implausible. We all grow. We'd all like a fresh start. We'd all like to be able to leave our past behind (or at least, aspects of it). So I just can't decide quite yet how I feel about it. Perhaps one day we will see her unleash fury. Or perhaps the Doctor has fundamentally changed as a person. Time will tell, I suppose.

But what did you think? Please share your thoughts with us!

We'll meet again around New Year's for the special episode. After that, it will be at least a year. I don't know if I'll be writing these then or not. But I'm super grateful to those of you that have joined in on our discussions! I also very much appreciate how civil the conversation has been. Thank you all!

One last question. I am pondering doing a similar write-up/review thingy for another show, The Orville. Season 2 starts up in a few weeks. But I don't know if anyone here actually watches that show. Do any of you watch it? If so, would you be interested in a weekly spoiler space for it? Let me know!