I recently wrote a blog about my former love for Xbox, and how I want to be a fan of Xbox again. Consequentially, I've been thinking a lot about my time with the Xbox 360. I decided to write down a list of my favorite games on the system. This was really hard to do. I own a lot of games on the console. Many more than I own for any other system. And the majority of those games are very good. Narrowing this list down to 10 was actually stressful. I thought of making this a Top 12, Top 15, or even Top 20. But I figured there is power in brevity, so I stuck with 10. Here is my list of my favorite 10 games on the Xbox 360: 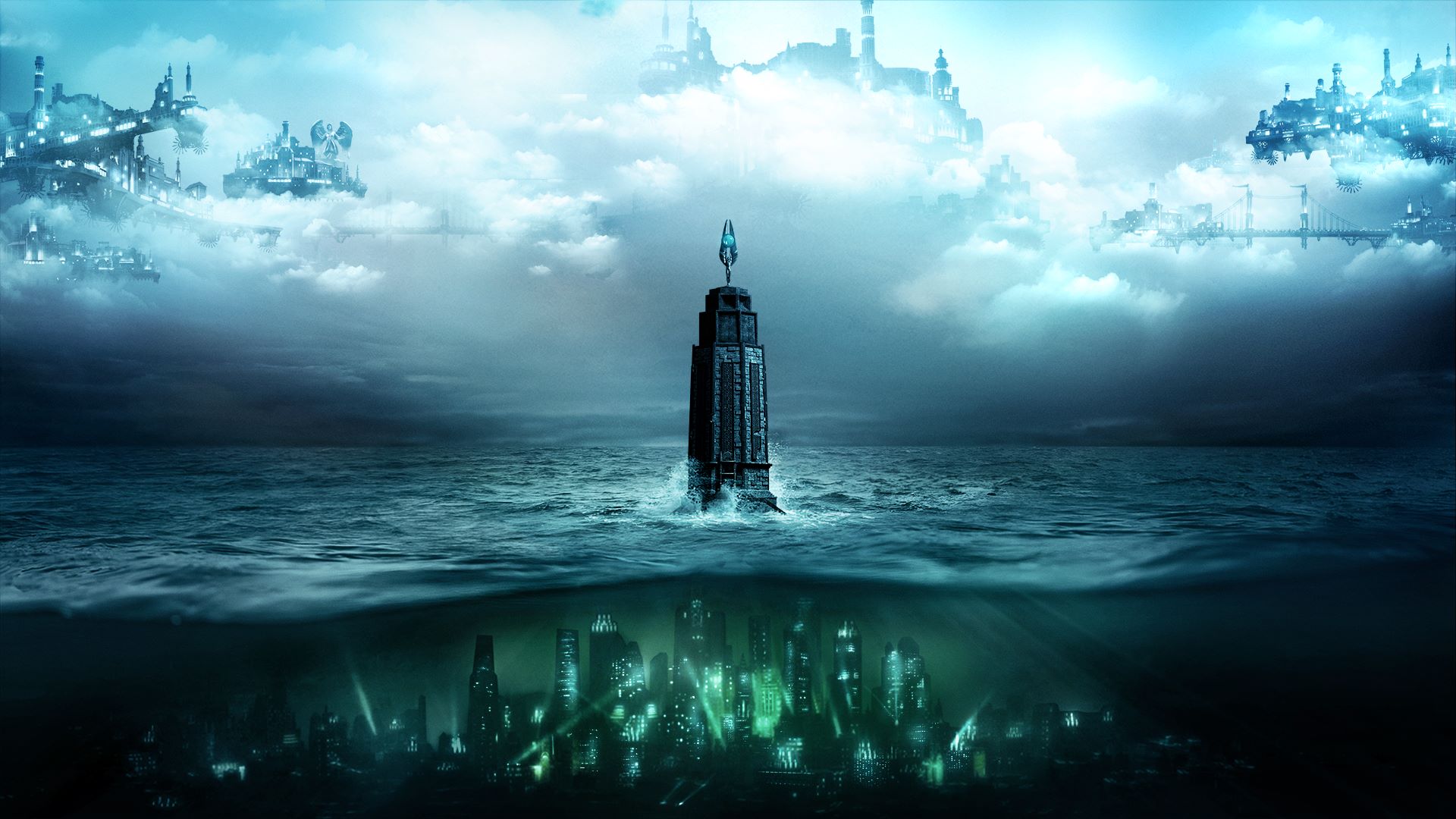 So much has been written and spoken about this game. There is nothing I can say that hasn't been said. But this game is gorgeous and imaginative. It is haunting and memorable. Rapture is one of the greatest settings in any game ever. The big plot twist was one of the biggest gut-punches I've ever experienced in a game. I also enjoy the gameplay. The mix of plasmids and guns was really fun. I wish more first person shooters gave the player powers beyond pulling a trigger. 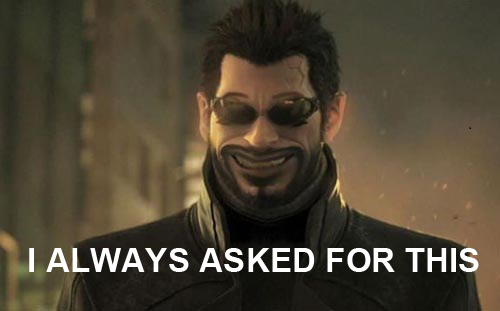 I have never played Deus Ex 1 or 2, so this was my first exposure to the series. This game was really difficult for me to wrap my head around for the first few hours. It plays so differently from other games. The combination of first and third person, the gadgets, the stealth, the hacking, the exploration. It was just so different. I loved it. Eventually I grasped how the game worked and I was able to play it effectively. Well, I was able to do combat effectively. Never did get the hang of stealth (but I suck at nearly every stealth game). This game wove such an interesting tale in a fascinating universe. I was enthralled. Oh, and bonus points to anyone who discovers which character in the game is Mormon.

I must say that I gave Mankind Divided a try and was just disappointed in it. I felt that it lacked ambition. HR was really revolutionary and novel for me. MD just felt like... more. I also didn't like that we went back to Adam Jensen. The best ending of HR was where *spoilers* you blow up the facility (and Jensen along with it) and leave the future of humanity up to humanity. I wish the follow up to HR was in a different place and time with a totally new set of characters and a story mostly unconnected to HR. The world of Deus Ex has so much room. Surely there are other stories to tell.

I have waxed eloquent on my love for this game on multiple occasions, so I won't go too nuts here. But I will say this: Viva Pinata is one of the most unique and original games I have ever seen. I absolutely loved the original, and the enhanced re-release Trouble in Paradise. I never got around to Pocket Paradise on the DS. But I just desperately want Microsoft to port PP to the Switch. I wish Microsoft would give us more Viva. The series has so much potential.

Oh, and the first game gave us one of the greatest commercials ever (see above). 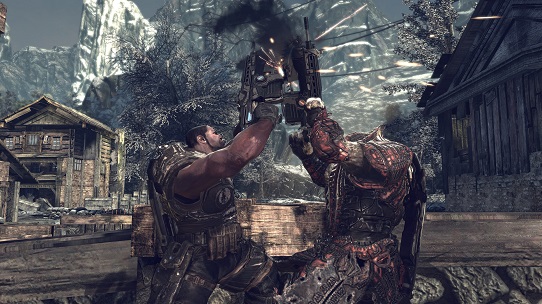 Gears of War revolutionized, or at least streamlined, the 3rd person shooter. I thought it was genius. But it was also fairly limited in scope. Gears of War 2 amended that. It is "bigger, better, and more badass" in every way, as CliffyB liked to say. The set pieces (especially the climactic sequence) are just amazing (and this is coming from a guy that usually rolls his eyes when people talk about set pieces in games). The combat has been refined from the first game. Enemy variety, numbers, and intelligence greatly improved. Online multiplayer was improved in every conceivable way. And this game brought us Horde mode! What more can you want?

The first Portal might be the cleverest game I've ever played. It made my mind flex and stretch in amazing ways. The puzzles were ingenious, and the writing was incredible.

Enter Portal 2, which took the concepts in Portal and ran with them far and fast. The world was expanded. We encountered new characters, including Cave Johnson, one of the greatest characters in anything ever. The puzzles in this game hurt my brain. I got stuck on one for like an hour. I later saw a roommate play this game and he beat that puzzle in less than 10 minutes. I was dumbfounded. Of course, he got stuck on other puzzles that I breezed through. It's so interesting how people approach the puzzles and think through them. I highly recommend watching someone else play through it, if you never have. ChristopherOdd on youtube is supremely entertaining for this.

I haven't played Bridge Crew, as I am not a VR guy. But discounting that, Mass Effect is the greatest Star Trek game ever made. You explore a galaxy full of aliens, monsters, machines, ships, politics, and artificial intelligence. The game had a wonderful conversation system (hey, I liked the wheel, shutup) that gave you great options for roleplaying. This game is so fun to play twice and see how things will go down if you select other choices. I see this game catch a lot of grief for having a generic story, but it didn't feel generic at all to me. My choices made the story unique and special.

The game has some really great characters in Wrex, Liara, Tali, and Garrus. The planets you explore in the main campaign are wondrous to behold (which is in stark contrast to the planets that you just roam around in with the Mako). Biotic powers are really awesome. Infinite ammo is much appreciated.

Ultimately I just loved exploring this universe. I love the various races. I love the spaceships. This is just so much my thing. I want more Mass Effect. What we really need is a Mass Effect TV show....

I really loved the first Assassin's Creed. This game took everything about that game and improved it in every way. The movement, combat, weapons, health sytem, character design, story-telling, voice acting, and quest design is all revamped for the better. And honestly, how many games let you roam around Renaissance-era Italy? The setting is so compelling. And the main character is actually interesting, unlike the first game. I really love Ezio.

This is another game that is really fun to watch other people play. I watched 2 roommates play it. I go in and just get in big fights and slaughter everyone. One roommate would very slowly and methodically kill everyone in a stealthy manner. The third roommate would just pickpocket everyone in the game.

I'm a big fan of Guitar Hero, and this was my favorite entry in the series (followed closely by Van Halen). The songlist is just so good. It exposed me to a good number of songs and bands that I was previously unfamiliar with. The guitar was improved from the first game. The game engine was tweaked to make hammer ons and pull offs easier to perform. It also introduced co-op where a second player would play either bass or rhythm guitar. That's a really cool addition, though I didn't play it much since I only own 1 guitar myself. 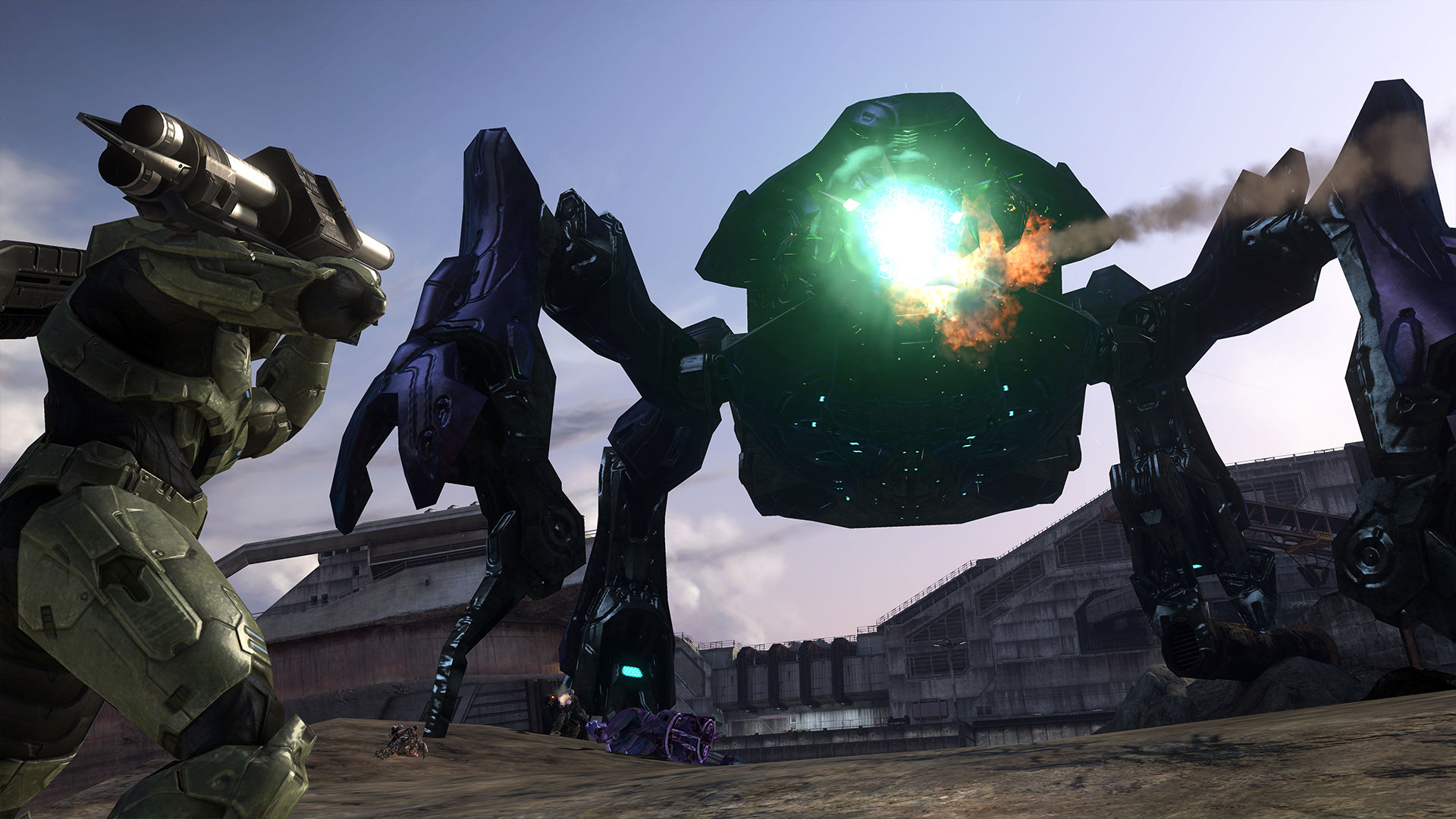 What a game. Halo 3 perfected the Halo formula, particularly in multiplayer. I have never played a better competitive multiplayer game, ever. The addition of equipment added a really great element that I wish Halo would return to (it works best as a resource, not an unlimited ability).

The campaign is really great. It does have Cortana, which is the worst level of any game in the series (well, I haven't played 5, maybe it has a worse one?). But other than that, it has truly awesome levels. And having 4 player co-op makes this 4 times as fun. Fighting scarabs was a real treat. It never gets old. Honestly, one of my biggest problems with Reach is that you never fight a scarab. They're just so awesome.

This game also gave us forge, which is one of the most powerful customization tools ever featured on a console game. It further gave us theater mode. We could record and share clips and screenshots from the campaign and multiplayer! This was so far ahead of its time.

It was really gratifying to finish the fight in the story. Even if the Chief's relationship with Cortana starts to get weird here, I still love the story. I especially adore murdering Guilty Spark at the end. I had waited years for such an opportunity! Ultimately, Halo 3 will go down in history as one of the greatest FPS games of all time.

Oblivion was my introduction to The Elder Scrolls. I had never experience such a deep level of roleplaying before. I could truly go anywhere and do anything. The world was my burrito. And what a world it is! I love Cyrodiil. I could live there. But I nice house in Anvil, or maybe Bravil. I could work with a blacksmith shop, or perhaps an Inn. It would be great. I just can't get enough of the world this game takes place in. This is why it is my favorite game on the Xbox 360.

How about you? If you had this system, what were your favorite games on it?