My Most Anticipated Movies of 2019

Hello friends and movie-goers! We are getting very close to the close of 2018. I've been thinking a lot about my favorite movies from this year. I was considering writing a blog about them, but then I remembered that there are still a few movies left this year that I have yet to see. I'll get around to writing that blog, but it will be later this month, or possibly even in January. But ultimately, this train of thought led me to next year. What films am I excited for in 2019? I decided to write a blog about them.

It is important to note that many films (especially for the back half of the year) haven't even been announced (or at least given a title) yet. So this list could hypothetically change drastically as time goes on. But I have no control over the announcement schedule of movie studios, so we're stuck with what we have. For each of these films that has a trailer available, I will include one. But without further ado, let's dive in!

10-How to Train Your Dragon: The Hidden World

I really like the first two films. They have unbelievable animation and art. The soundtracks are gorgeous. The characters are fun and easy to invest in. All in all, it's just a really cool universe. That said, the trailers for The Hidden World really haven't blown me away. The villain looks like a rehash of the villain from 2. And I feel like I've see the whole movie just from the trailer. But, that could be very incorrect. I may be suprised about the story and the villain. Only time will tell. But I'm certain to get some awesome dragon battles, and that's enought to sell me on a ticket.

I haven't actually watched this trailer yet. See, I need to watch Unbreakable again. I saw it back when it first came out on DVD. I didn't like it. Like, at all. But I was quite young. I might appreciate it on a different level now. The big thing is, Glass is also a sequel to a little gem of a film called Split. That movie is so good, y'all. If you haven't seen it, you are doing yourself a disservice. It was thrilling and thought provoking. The script, direction, and acting are all magnificent. Definitely the best Shyamalan film that I have seen. So I'm eager to see what happens next. But I won't watch the trailer until I rewatch Unbreakable.

8-Once Upon a Time in Hollywood 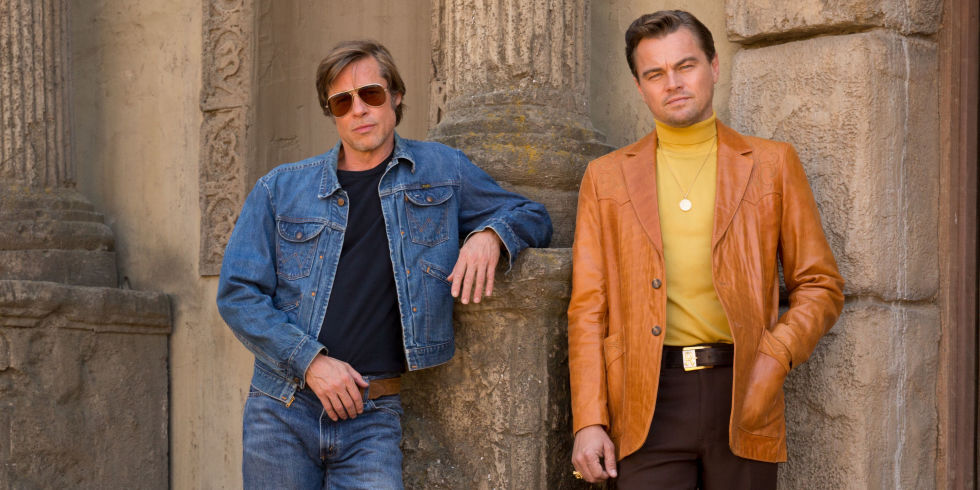 Quentin Tarantino and Leonardo Dicaprio. That is all I need to know.

Tarantino is one of only a small handful of directors that is guaranteed to get me to watch all of their films. I may not get to them in theater, but I make a point to see every movie he releases. I think he is a genius. A disturbed one, to be sure. But a genius nonetheless. His methods of story-telling are so different from other directors. His dialog is amazing. The way he incorporates music in his films is beautiful.

I also love Dicaprio. He is one of the most talented actors working today, for my money. Been a big fan ever since Catch Me If You Can. I don't see all of his films, but I nearly always love his performances when I see them. I will give a shoutout to his heart-wrenching portrayal of Cobb in Inception.

Just... just watch the trailer. I won't say anything. Just watch it. I hadn't even heard of this film before the trailer. But now I have to see it. This is so far up my alley that I might need to see a proctologist.

I am just so intrigued by this. I largely haven't loved the live action Disney films (with Cinderella being the big exception). I don't have high hopes for most of them. But this one? This one raises my eyebrow.

The big thing is the Genie. The beloved Robin Williams has passed. His performance cannot possibly be recreated. If Disney tries to just emulate it, this movie will be horrible. And that may very well be what happens. I don't know. But they have hired Will Smith, who I consider to be tremendously talented. My hope is that they look at the character from a totally different perspective and take a new approach to it. If they do that, I will gladly put my butt in a seat to see it.

I had a high-functioning autistic roommate in college that I really loved. Great guy. Whenever we would play Cards Against Humanity, he would say, "Shazam!" every time he played a card. Cracked me up then, still cracks me up when I think about it. I can't help thinking about it when I think about this movie.

I like Zachary Levi. I think he should be a much bigger star than he is. Betwen Chuck and Tangled, he has more than shown his chops. I hope this is a success for him. I hope it leads to other large roles in the future. And honestly, this just looks fun. What more can I ask for with a Shazam movie?

4-The LEGO Movie 2: The Second Part

The LEGO Movie was one of the biggest suprises in all of cinema for me. I took a girl to see it just because I thought it would be a cute, dumb movie and I wanted to take her on a date. The date did not go well. But the movie did! It was made with so much love, care, and attention to detail. It was made by Phil Lord and Chris Miller, who created The Last Man on Earth, which was one of the funniest TV shows I've ever seen. They're brilliant. Side note, they are also heavily involved with the upcoming Spider-Man: Into the Spider-Verse, which I am just unreasonably excited for.

The trailer for the sequel looks great. It looks like everything I could want in a sequel. It's hard to say what will happen. I may be severely disappointed. But they've definitely sold me.

Holy crap on a cracker did this come out of nowhere. I mean, I had heard this film was in development and that Ryan Reynolds was attached. But like most video game film announcements, I didn't expect it to actually be released. And if it were to be released, surely it would be crap.

Boy, have I never had my opinion changed so fast because of a trailer. This film looks wonderful. Pikachu is just painfully adorable. Many of the other Pokemon look amazing. A couple look absolutely terrifying. But I don't care. I mean, I grew up with Pokemon. Obviously, I imagined what it would be like to live in a world full of them. But this exceeds even those childhood daydreams. It looks like a living, breathing world of Pokemon. It's a world that I want to live in. I wish I could go there!

I also think it's genius to tell this story. I've seen many a complaint online. "Why isn't this about Ash?" Look, this film needs to appeal to the mass market. It needs to appeal to people that have never been into Pokemon before. These are people that don't care about Ash. They may not even know about him. But what do they understand? A detective story. It's a simple premise that any movie-goer can understand in an instant. And boy, is it easy to get invested in a tale of a missing family member. Anyone that has a family can relate to that. No one wants a family member to disappear. And if they did, we would do all we can to find them. This is a story that anyone can grasp. Tell a familiar story, but in a beautiful new world and get people hooked.

And honestly, it's not like we're short of stories about Ash.

I consider myself to be a fairly big Star Wars fan. And I love The Force Awakens. Since 9 doesn't have a trailer, I threw in a video describing just one small bit of genius from TFA.

Look, TFA was a wonderful adventure with some stellar performances. Most importantly, it gave me new characters that I actually care about! Kylo, Rey, Finn, and Poe all won me over. I just want to get to know them and spend time with them. Unfortunately, I didn't love The Last Jedi. I didn't hate it like some people did. But I felt it had some very serious shortcomings in the story-telling department. One thing it did well is leave me without any idea what 9 will do. It could go any direction, really. I just have no idea what to expect. But I am excited! It's good to have Star Wars again! And honestly, I really like J.J. Abrams. Give me all the grief you want. I really don't care. He's a very talented director that has immense respect for the source material. He is the right man for the job.

I've seen all 3 Avengers films at midnight premiers (well, some are technically earlier than midnight, but shutup). I'm a big fan! I'm not really into comic books. But I do love superheroes. And the Avengers films give me some of the very best superhero escapades ever shown on the silver screen. I am deeply invested in the MCU. I've seen every film, and about half of the TV shows. They have a lot of my time, attention, and money. I don't foresee this changing anytime soon. I will definitely see 4 in theaters at the midnight premier.

*spoilers* Infinity War was astounding. It was a real gut punch of a film. It's hard to say that I enjoyed the movie. It wasn't exactly a fun film. But it was an amazing experience. I loved it. I was blown away. It went places I never could have imagined. And the ending! My goodness, the ending. I never, ever, ever, would have predicted it would end when and how it did. It seems so anti-Disney. Look, we all know that most, if not all, of the ending will be undone in some manner by the end of the next film. But that doesn't matter. When Shakespeare was alive and writing, his plays would begin by having a guy go out on stage and say something like, "By the end of this play, every major character will die. Now watch, and see why." Knowing if a character lives or dies at the end does not diminish the journey they embark upon.

So there you have it! My top 10 most anticipated films of 2019. How about you? What films are you excited to see?