Hello and welcome friends, to another discussion of Doctor Who! If you missed last week's, check it out here. As always, here is our disclaimer: I never expected to see King James in Doctor Who. I don't know why. I guess any British monarch is up for grabs on this show. But I just did not see this coming. What a treat! He was great. I mean, he wasn't much of a character. He was mostly there to represent the patriarchy. But he was amusing every second that he was on screen. The actor really put forth his best effort here. His digging quips were consistently hilarious. And his obsession with the "Nubian Prince" that is Ryan was delightful. "Paperwork? We should talk." I also knew basically nothing about King James, other than the commissioning of the Bible translation. So that was interesting as well.

This was really the Doctor's episode. All of the companions took a back seat here, and I'm okay with that. They each had little moments of goodness, but it was all about the Doc. It's thematically appropriate for the first female Doctor to be accused of witchcraft. I mean, she does wave a magic wand around. And it reflects the inherent sexism of our current society and the backlash of having a female Doctor. I think the Doc did a marvelous job throughout this episode. She fundamentally cares about people and just wants to keep them safe. She doesn't hesitate to throw herself in harm's way to protect them. She truly is the Doctor.

My only gripe is that she has no right to accuse a king of hiding behind a title. She is the last person in the universe to have a right to do that.

The villain was good. She was acted well. She represents how we transfer our fears about our own insecurities onto others in order to hide our flaws. It's a truly human thing to do. But of course, she takes it far further than nearly any other person would. She murders over 30 people! And it all started because she's a NIMBY (not in my backyard) and didn't like a tree obstructing her view.

For my money, the Morax might be the best villains of the season. Totally worked for me. It was a great surprise when we learned what they really are. I do think the resolution of stopping them was a tad convenient, but it did have an understandable logic to it. But I would not be opposed to seeing the Morax again. Take their current rage and hate, and add a vendetta against the Doctor. Could be fun in another season or two down the road. 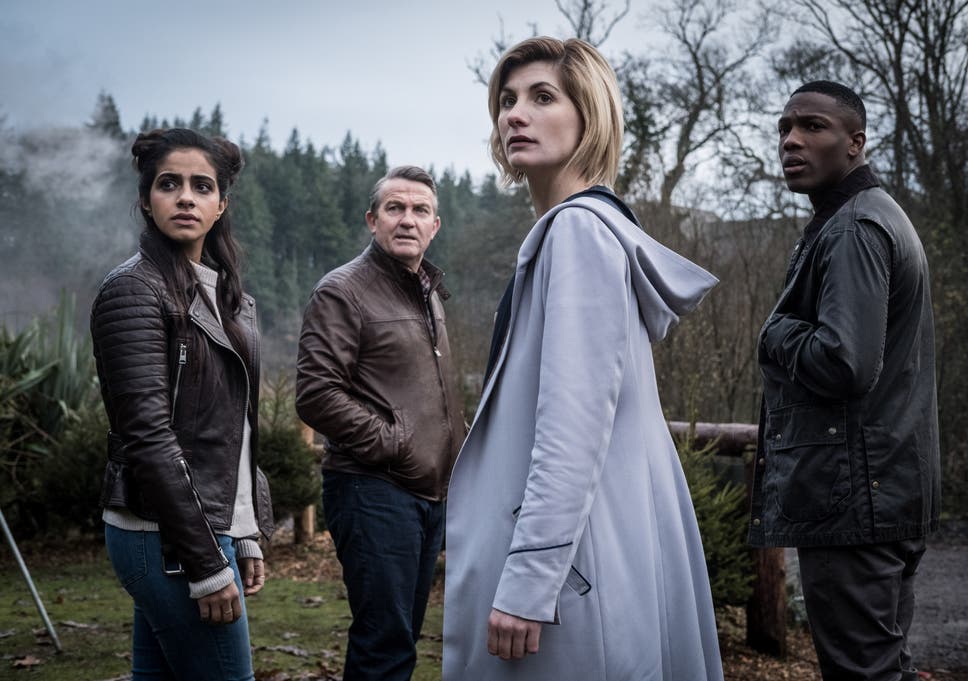 Witch hunts are scary. It's so easy to imagine society devolving because of fear. It happens today. We see another person as a threat, or at least, an object, So we dehumanize them. These people call them witches. Our society might refer to them as insects or other animals. We don't like to see these people as people. If they are people, then we are harming humans. If they are insects or witches, we are doing no harm. We are doing the right thing (as God intended)! Stories like this are important. They remind us that all people are people and we cannot justify harming them by dehumanizing them. If only modern politicians could watch an episode like this and understand it (instead, they just throw around the term "Witch Hunt" when anyone criticizes them, and the completely miss the point).

I think this was one of the better episodes of this season. It will definitely be rewatchable. I had fun viewing it. But what were your thoughts? Share with us below!