In 4 days marks 14 years since Metal Gear Solid 3 was released in North America. On the surface, Metal Gear Solid 3 presents itself as a stealth-action video-game about an American soldier who is dropped into the middle of Russia to prevent the big bad from causing a nuclear catastrophe. Along the way, he is betrayed by his former mentor, who he must now eliminate (because she’s obviously evil). You’d believe that, if you skip the cutscenes - which I did.

I first played Metal Gear Solid 3 when I was in 8th grade. Back then, I wasn’t really in much of a mood to watch cutscenes, so I skipped every scene, killed all of the bosses, and believed everything I had Snake do was all in a universally good effort to save the day. I thought it was weird, but cool, that the final button press in the game was Snake delivering the killing blow to The Boss. Not because it presented an illusion of choice, or for the purpose that you are sharing in Snake’s pain, but only because simple-minded 13-year-old me thought it was a cool way to ‘deliver justice’ to the bad people. Kids are cruel, aren’t they? Years later, on a hot summer’s day, I decided to replay Metal Gear Solid 3 as a more mature (still pretty naive) senior in high-school. This time, I decided to give the cutscenes my time of day, and they did not disappoint. What I discovered wasn’t a story of good versus bad, but a story of ambiguity, that there are no such thing as absolutes, and that perspective is ever changing. For the first time in series history, I was able to identify with Big Boss. Whereas I started the game thinking it was a game with a black and white story, Big Boss started his mission dedicated to the idea of the mission, the idea that he was the good guy going to take on the big bad. By the time I had truly finished the experience, Big Boss and I had come to the same realization: who we are is defined within a certain context. Without that context, that final boss fight with The Boss feels like just another mission - another boss to kill so Snake can save the day. But with that context...that makes that last button press to end the game that much harder.

EVA’s speech is following Snake’s ‘victory’ over The Boss is the best illustrator of this.

“The Boss' defection was a ruse set up by the US government. It was all a big drama staged by Washington so they could get their hands on the Philosopher's Legacy, and the Boss was the star of the show. [...] The Boss wouldn't be allowed to come back home alive. And she wouldn't be allowed to kill herself. Her life would be ended by her most beloved disciple... [...] Out of duty, she turned her back on her own comrades. A lesser woman would have been crushed by such a burden. The taint of disgrace will follow her to her grave. Future generations will revile her: In America, as a despicable traitor with no sense of honor; and in Russia, as a monster who unleashed a nuclear catastrophe. She will go down in official history as a war criminal, and no one will ever understand her... that was her final mission. And like a true soldier, she saw it through the end. But I think she wanted you, of all people to know the truth. She wanted to live on in your memory. Not as a soldier, but as a woman. But... she was forbidden to tell you herself. And that's why she told me. Snake, history will never know what she did. No one will ever learn the truth. Her story, her debriefing... will endure only in your heart. Everything she did, she did for her country. She sacrificed her life and her honor for her native land. She was a real hero. She was a true patriot.” - EVA

Growing up, I was raised to see the world in black and white. Exhibit A: “As long as you follow the law, you will always be doing good.” and Exhibit B:  “Any illegal action is pure evil” were two statements that I heard frequently. As I’ve matured, I’ve learned that both of these statements are wrong. The law does not always align with commonly accepted morals or ethical actions, and on the other hand, some of the most famous heros/heroines in history are known for defying the law in standing for what they believe in. Many citizens of New York see Spiderman as a hero, while J. Jonah Jameson sees him as a menace. Of course, these have their flipsides to them as well, but the lesson to be learned here is that nothing is inherently good, and nothing is inherently evil, but, it is up to us, as responsible members of society, to determine that for ourselves. 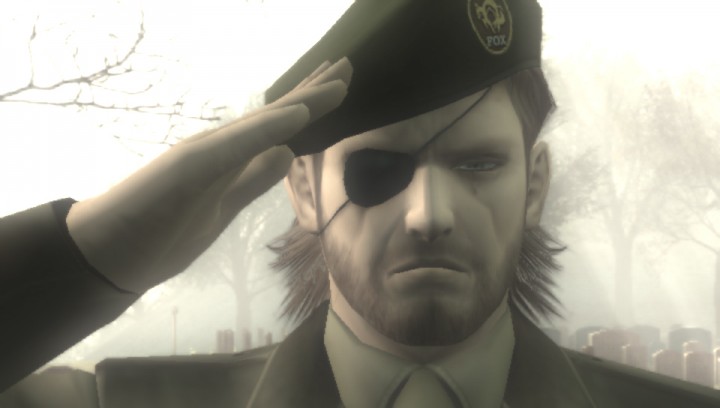 After experiencing Metal Gear Solid 3, letting myself get lost in its story, I started to view the world within a different lense. No longer was my vision black or white, but my vision had become grey - everything became relative, context gave new meaning to a variety of topics, and I started to develop my own thoughts, rather than be told “This is something you should/shouldn’t accept.” This is something that continues to ring true in the confines of my mind as I approach my college graduation. Since that hot summer’s day, I’ve held a new intention going into video-games - particularly story-based ones:

I don’t want to just play these games.

I want to experience these games.

And that, every word I typed above, is how I learned that Video-Games are Art.