Doctor Who Spoiler Space-"Demons of the Punjab

Hello friends, it's high time for another discussion of Doctor Who! If you missed last week's, it can be found here.

As always, here is our disclaimer: Full spoilers are below. Again, the primary purpose of this series of blogs is to creat a space in which we can talk about the episode, with all spoilers in mind. Just remember, there is only one rule to our discussion. Please do not discuss any footage of next week or future episodes as I haven't watched any trailers and don't want future episodes spoiled. Feel free to discuss where you want the show to go, or make predictions. Just leave any actual footage out of it. 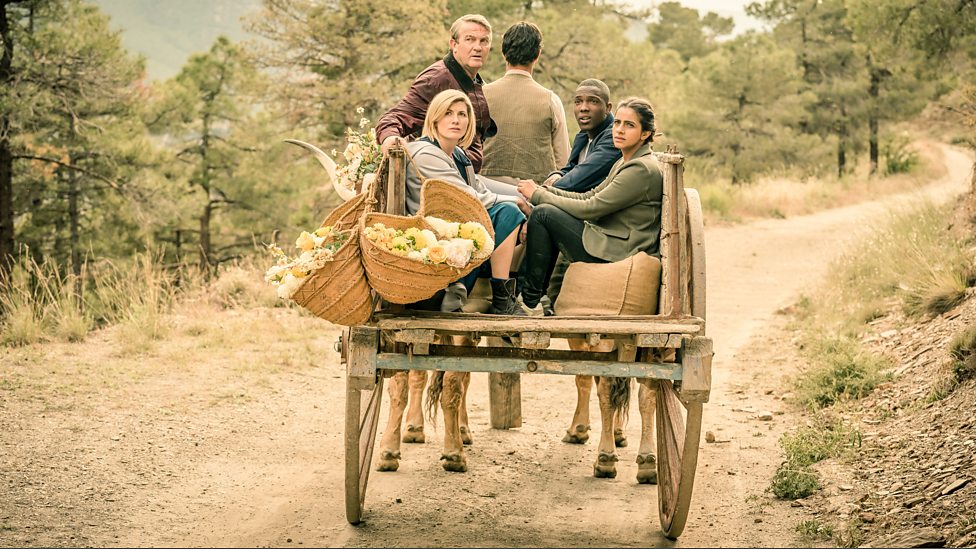 I really enjoyed this episode. These historical episodes are great. I really knew almost nothing about the Partition of India prior to this. I had only  heard about it from Hasan Minhaj's incredible comedy special, Homecoming King:

It's really good. It's on Netflix. Watch it if you haven't seen it. Anyways, he just really super briefly mentions the concept of the Partition (doesn't even use that term).

But this is really important history. The kind of thing that I just don't understand why I wasn't taught it in school. India and Pakistan are nuclear powers that are perpetually on the brink of war. Why was I never taught about the history behind it? I'll quickly mention that learning about this made me wonder if the U.S. would resemble India and Pakistan today if the Civil War had gone differently.

This is obviously a supremely sensitive subject. I haven't been on Twitter, but I would not be surprised if this episode has caused an uproar. But I think anyone that is offended by it is missing the core message. We can have different faiths and belief systems and that's okay. We can even celebrate and honor the beliefs and traditions of other people. And the true demons in this world are the people who are so full of hate that they think people who are different than them are beneath them. It's a very poignant message. Very relevant today. 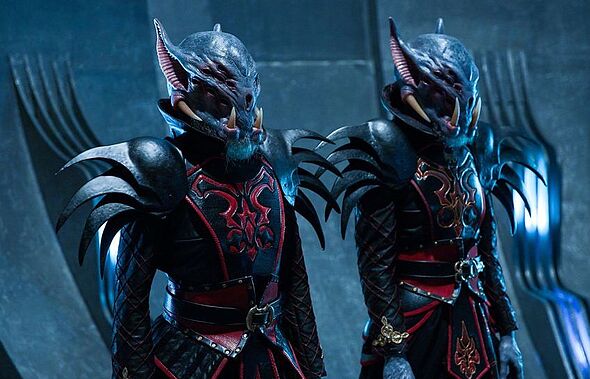 Let's talk about the Vaginas. Er. Vajarians? When they first said the name, my wife literally thought they said vaginas.

What a fascinating concept! A species bred to be the perfect assassins. These two were out slaughtering people across the galaxy. They return home to find that everyone they ever knew and ever loved has been killed. They weren't even there to mourn for their loved ones. All they found was dust and echoes.

Grief is a powerful thing. It is overwhelming. When a human has a family member pass away, it can decimate them. Imagine losing your whole species and planet. How would you cope? These two decide to spend their grief mourning for those who have no one to mourn for them. They travel time and space seeking people doomed to die alone. They can't intervene. They are not gods (or Time Lords, for that matter). They can only watch over the dead and offer their grief and mourning to them. What a solemn existence. I would love to learn more about them. I hope this isn't the last time we meet them.

Makes me wonder who destroyed their planet. Was it Tim Shaw's people? 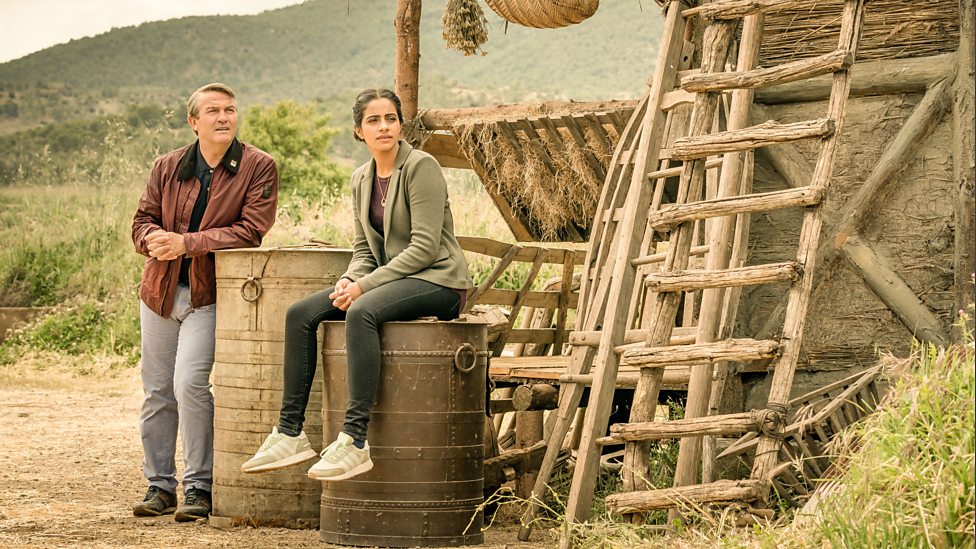 Yaz was finally given some real time in the spotlight. It was interesting to see her learn about her grandmother's past and be unable to alter it. It would be truly fascinating to go back and see your grandparents when they were young. But heartbreaking to see them deal with their challenges.

Ryan really took the backseat here. But of course, the best moment of the episode goes to Graham when he tries to comfort a man who is unknowingly walking to the slaughter. It's a beautiful, tragic, tender moment. I especially love Graham's message that all we can try to do is be good men. We can't erase the hatred in this world. We can't understand or comprehend the violence and the anger. We'll likely never conquer evil in our lifetimes. All we can control is ourselves. We can live our lives the best we can, in spite of the wickedness that surrounds us.

I'll definitely give props to Prem and the actor who played him so well. Prem is just a good dude that wants the best for the people he loves. What more could you want in a man?

Jodie continues to impress. Don't have much to say about her performance this week, other than it was quite good. I'm really pleased with her casting.

I thought the music in this episode was the best of the season so far.

I don't have much to add here. The episode largely speaks for itself. I personally really enjoyed it. It seems that Chibnall and his writing team have a knack for these historical pieces. I look forward to more in the future!

So what are your thoughts? Please share with us down below!