Good afternoon gentlefolk! It's time for another Doctor Who spoiler discussion!

If you missed it, you find last week's right here. As always, here is our disclaimer: Full spoilers are below. Again, the primary purpose of this series of blogs is to creat a space in which we can talk about the episode, with all spoilers in mind. Just remember, there is only one rule to our discussion. Please do not discuss any footage of next week or future episodes as I haven't watched any trailers and don't want future episodes spoiled. Feel free to discuss where you want the show to go, or make predictions. Just leave any actual footage out of it. 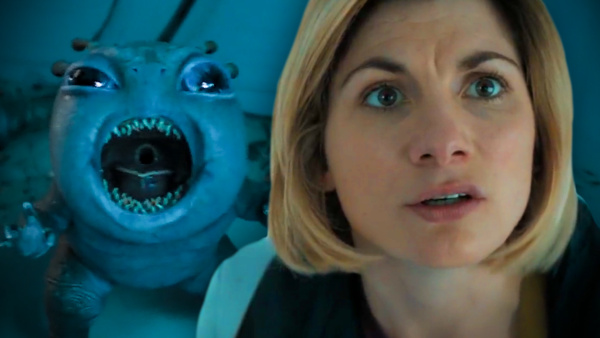 How about that monster? It reminded me a bit of the Adipose. Cute and terrifying (though this one leaned more towards the terrifying, Adipose was more towards the cute). This guy is called a Pting, apparently (had to google the spelling). He can eat literally anything and everything. He is virtually indestructible. One of them can decimate an entire fleet.

Which leads me to my big issue with the resolution. Essentially they fed him until he was full, and then threw him overboard. They did this by feeding him a bomb. But, we've established that he (or one of his kin) have torn through a whole fleet of ships before. And they didn't eat a single bomb in all that time? I dunno. Seemed odd. Maybe that was explained and I missed it?

This episode was... solid. Not amazing, not bad. It actually felt very reminiscent of a number of Tennant episodes ("42" comes to mind). Base under siege, 10 little Indians, whatever you want to call it. The Doctor is placed in a confined space with strangers. She is cut off from the Tardis. A creature or creatures starts taking out the people. The Doctor must learn wat the creature is and how to give it what it wants. This is a tried and true formula that has worked very well for Who in the past. The only thing is that it feels a bit familiar at this point.

I do appreciate that this one had a smaller cast than some of those other episodes. It let us get to know these guest stars a bit better. This all resulted in us caring a smidge more when one of them dies. 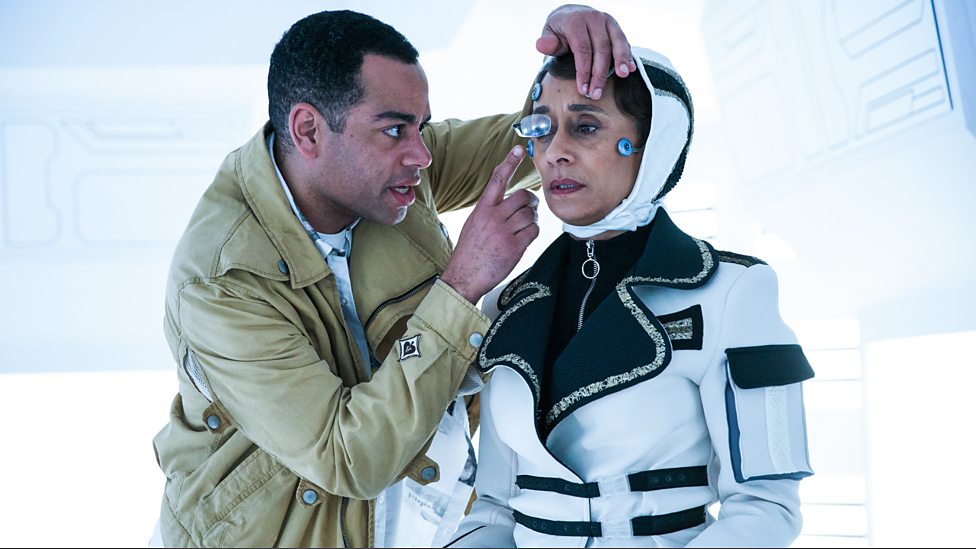 I always enjoy a good sibling dynamic. What we were given wasn't terribly revelatory or thought-provoking. But it was meaningful nonetheless. I couldn't help but think of the song The Living Years when they reconcile.

I also enjoyed the story of the new father. This could have gone many directions. But I think it was appropriate for a young man with daddy issues to encourage another young man to be the best father he can possibly be.

As for companions, I feel the same as I have all along. Graham is spectacular. Ryan is good, especially in his dynamic with Graham. And Yaz is... there. I really liked having the boys be doulas during a very unsual birth. That was great fun.

Jodie continues to be excellent. She's a very phsycial actress, as I've heard previously. She likes to move about and to get tactile with things. I like that. She doesn't just stand there spouting.

We don't see the Doctor make it back to the Tardis. I assume she will, of course. I just wonder if they'll show that bit in the next episode or if the next episode will simply assume that she made it back safe and sound.

What did you think of the episode? Tell us your thoughts down below!