Cosmetics in recent years have served as a point of contention amongst the gaming community, namely when it comes to loot boxes. I understand that in most cases cosmetics don’t affect the balance of power in a game, but they do add a lot to the experience. FF14 is a great example of the effects cosmetics can have on a games overall experience.

Fashion has always been a big part of FF14. I remember it being big as far back as the end game of 2.0 (A Realm Reborn). It wasn’t uncommon to see people running glamour sets like “The emperor’s new clothes” (basically underwear only) or summer swim wear. Inspired my initial goal was to make a set of Glamour that would best match my Namesake (Robert E.O. Speedwagon). Due to high prices and lower options I wasn’t able to make the glamour I wanted till the end game of Heavens Ward. 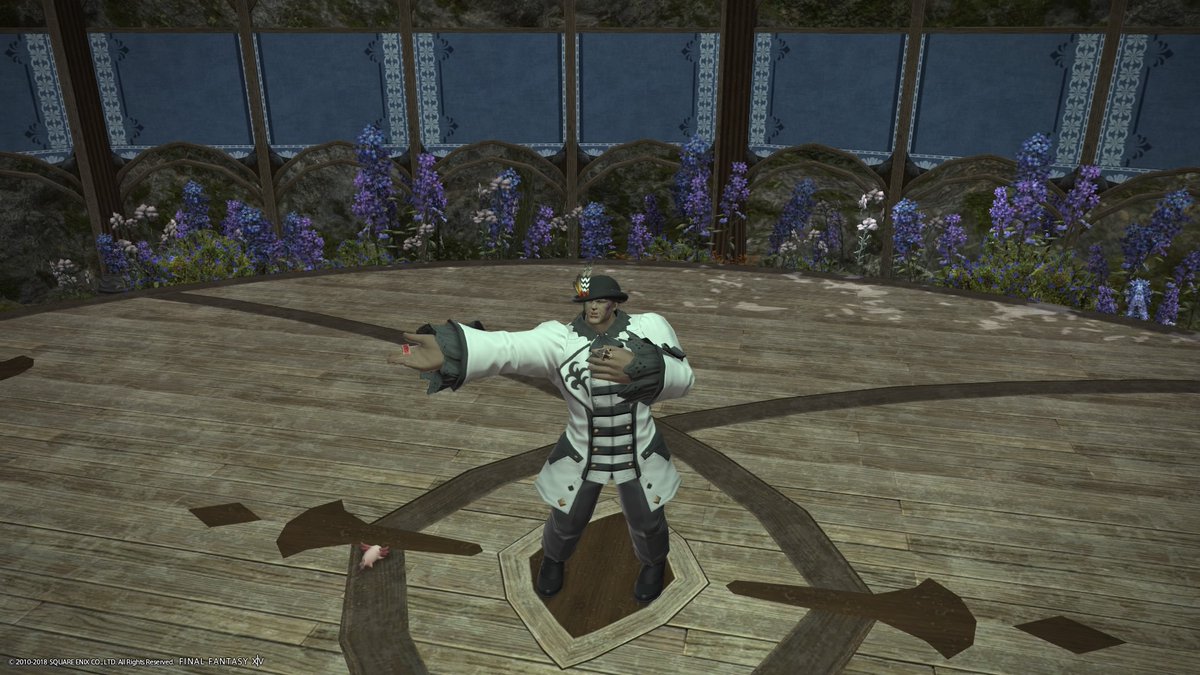 Despite some trouble finding a hat for this one I eventually settled on the high house cloche, everything else was easy to find at that point. When I pieced it all together I was very pleased with my efforts. More than that However, I felt that my character had finally gained an identity of his own. A Striking unique presence that defined my character and gave it a life beyond a collection of end game gear gallivanting across Eorzea. I would go on to use this set throughout Stormblood and found that I enjoyed my run a lot more. It’s hard to describe but having that distinct character design made me feel more connected and consistent within the story. It makes the progression of power look like a natural growth of the character rather than simply being gear based. It also enhanced my time spent during free play. Roaming the world and helping anyone who looked like they could use a hand. Popping into towns and giving away free minions to people on the weekends. Doing raids and extreme primals for the first time, and helping others get their mounts. Speed Wagon became a character that embodied the better parts of my life and my desire to simply have a good time and share that with those around me. I made many friendships on and off the game. I would consider sharing but some of these tales are personal and given in confidence so I feel it’s best to leave it at that. They are fantastic people though and I’m glad I got to meet them.

After some time I finally decided to make more glamour sets. Part of what motivated me was a pinned message from my Free Company reminding everyone to post there “bikini” picks to the discord. Wanting to participate I started experimenting with different items. I would start by placing items I liked in the Glamour chest and working from there piece by piece. I would eventually have 7 different plates (including my Speedwagon glamour). 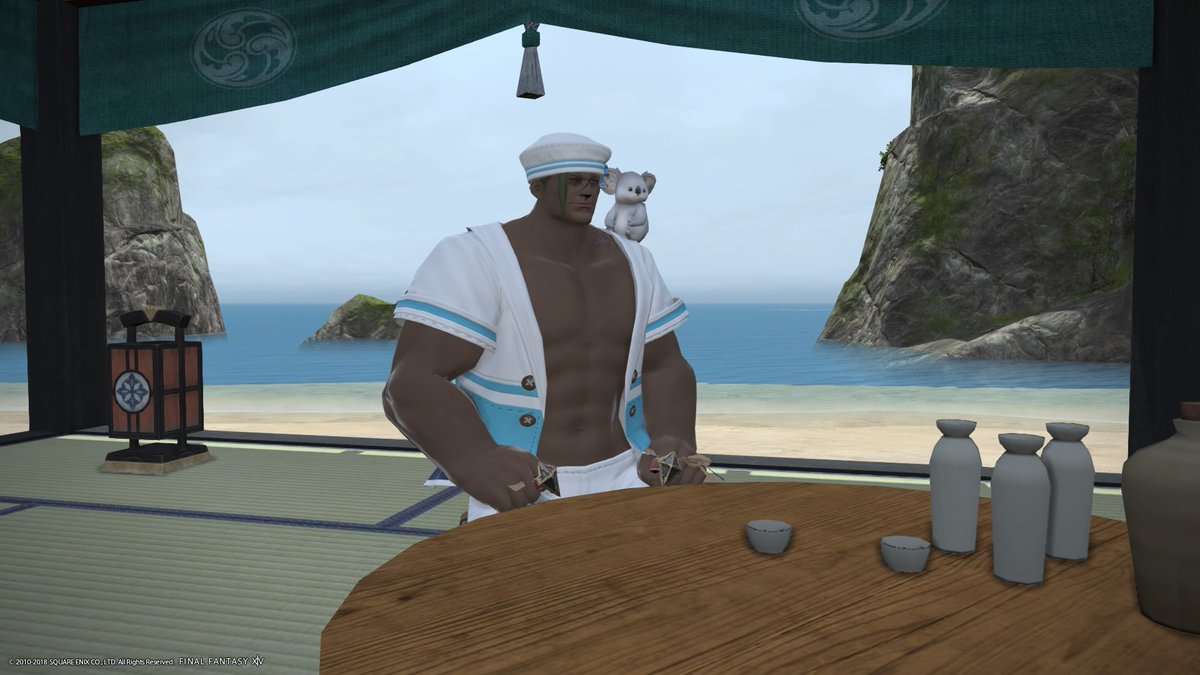 The second glamour I ever made was a simple Moonfire set for the discord. These were highly sought after at one point in time costing millions of Gil for a single piece. By the time I picked up the set it cost me less than 30k for everything. It was much cheaper to buy the set than to buy the materials. I was happy with it and used it over the summer season. 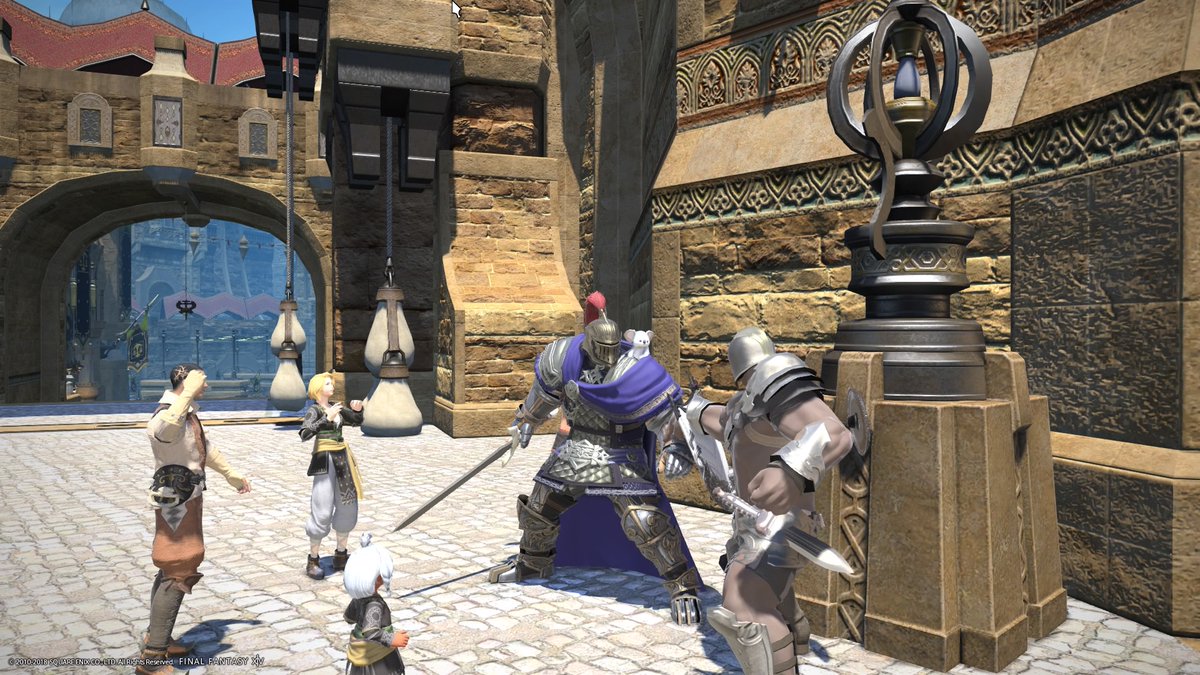 This set was the second one I made. I was going for something that looked kind of like Artorias before the Abyss. This was as close as I could get for my Paladin. I think I might be able to do something better with my Dark Knight but for now this is fine. 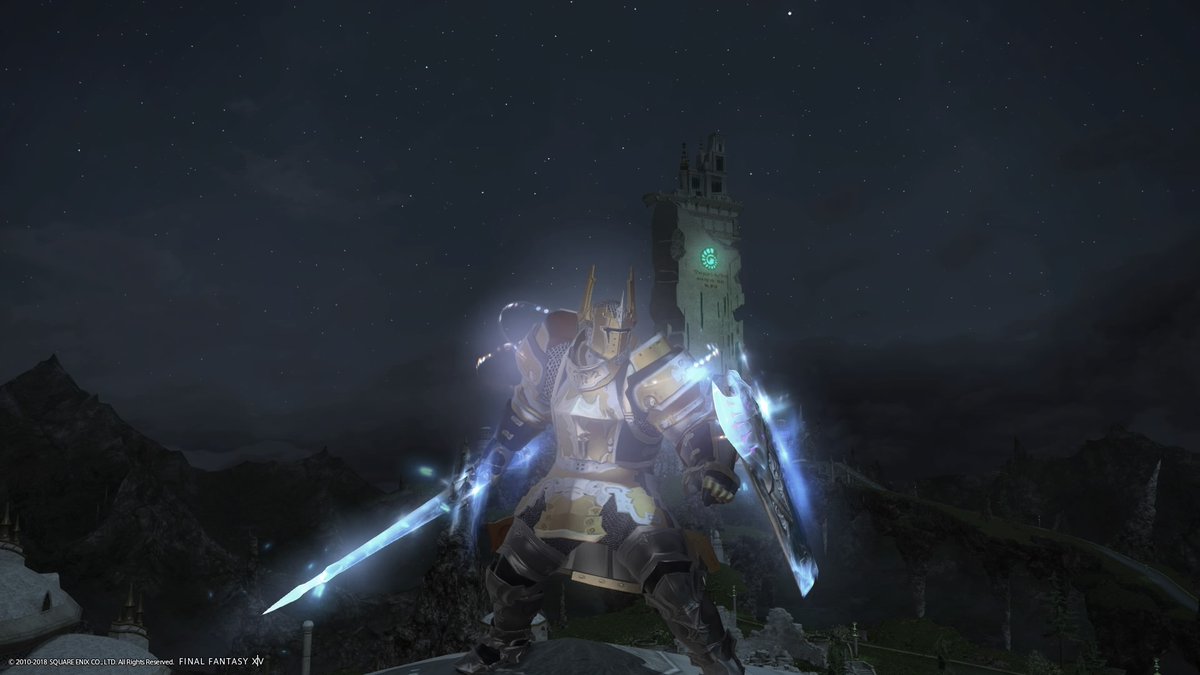 I really ended up liking this design. Originally I was looking to use my metallic gold paint that I got as a gift years prior (back in 2.0). I found the Augmented Heavy Wolfram set and decided to go all the way with a Shining Paladin set. I already had a sword and shield of the round to go with the motif. When I put it all together with the gold paint I was very pleased with the way it came out. I’m a little disappointed to see that there aren’t many more unique armor pieces like this that have added effects on them. 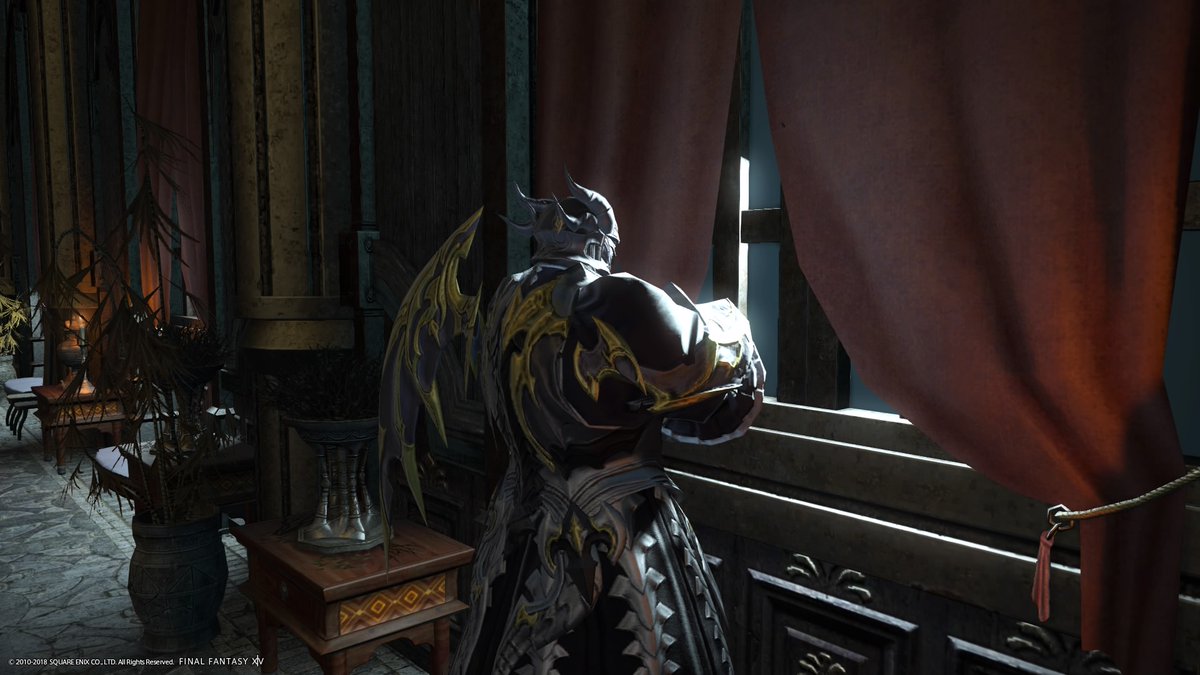 This Set is my current set for All Saints Wake. I used Dreadwyrm  Armor with the Baron helm and the Seeing Horde Weapon set. I feel it is sufficiently thematic for the season. I only wish the wing was a little more pronounced or carried an effect like the Augmented wolfram set. Beyond that this is another design I was very pleased with. 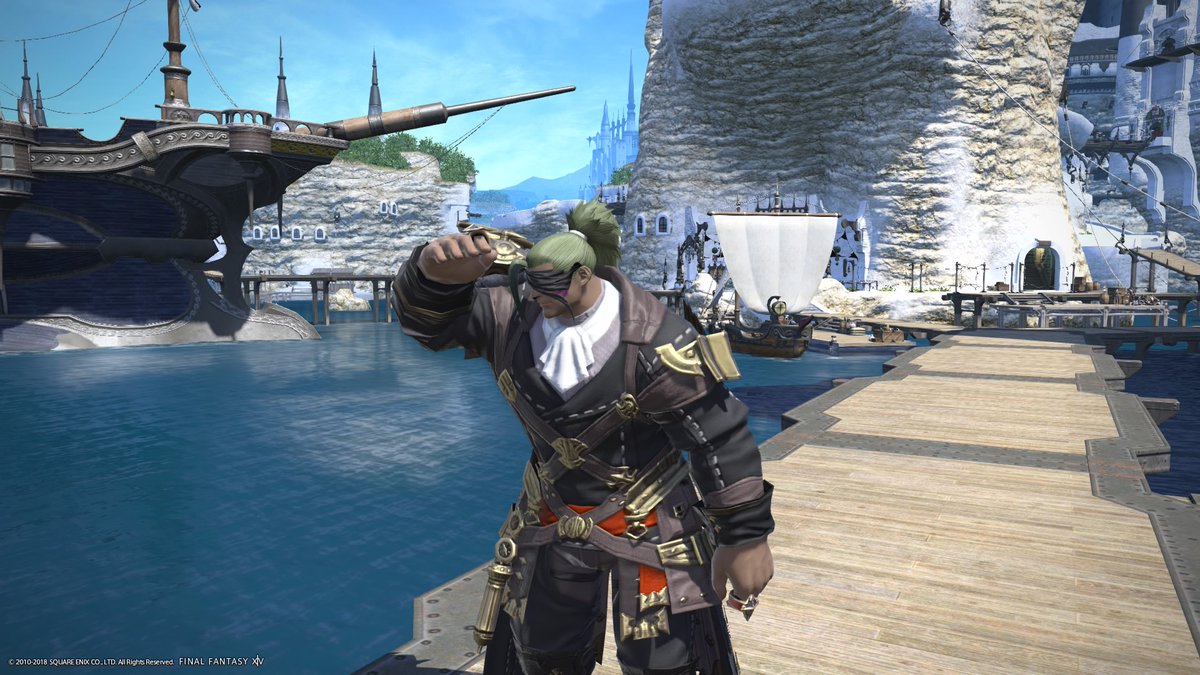 This one was just a basic Sky Pirate set with the Scion Eye patch. I had no real reason behind this one; I just liked the sky pirate set. 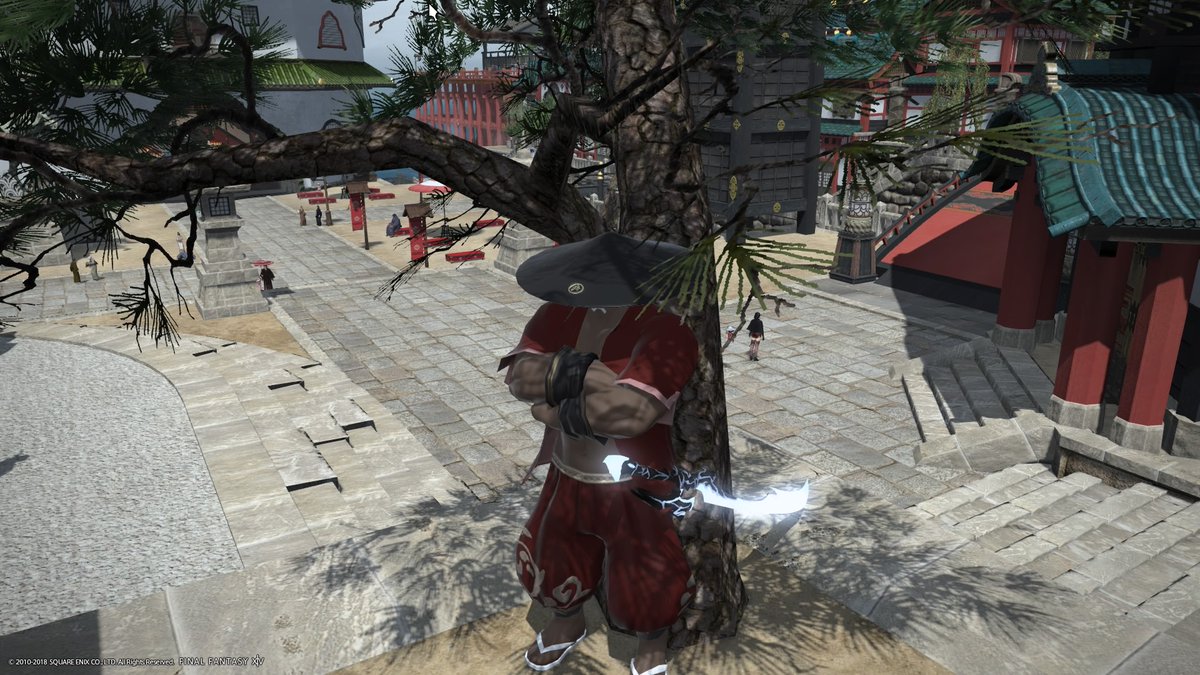 I modeled this set after one I saw while running a dungeon. I still plan on making changes to this one in the future but for now I’ll keep it.

These were just my attempts at making unique glamour sets. Many other uses find unique ways to expressthemselves every day. I do believe that a lot of the personality, heart, and fun would be stripped out of FF14 if the glamour system didn’t exist. Seeing so many people with different and vibrant designs roaming the world and interacting with each other naturally or through roll play has really enriched my experience, as well as others. It is a great part of the game that allows the community to express the best of themselves and share that with everyone around them. Maybe one day I’ll stop playing, or the game will finally be done years into the future. Regardless of what may come I’ll never forget the wonderful times I had in Eorzea.