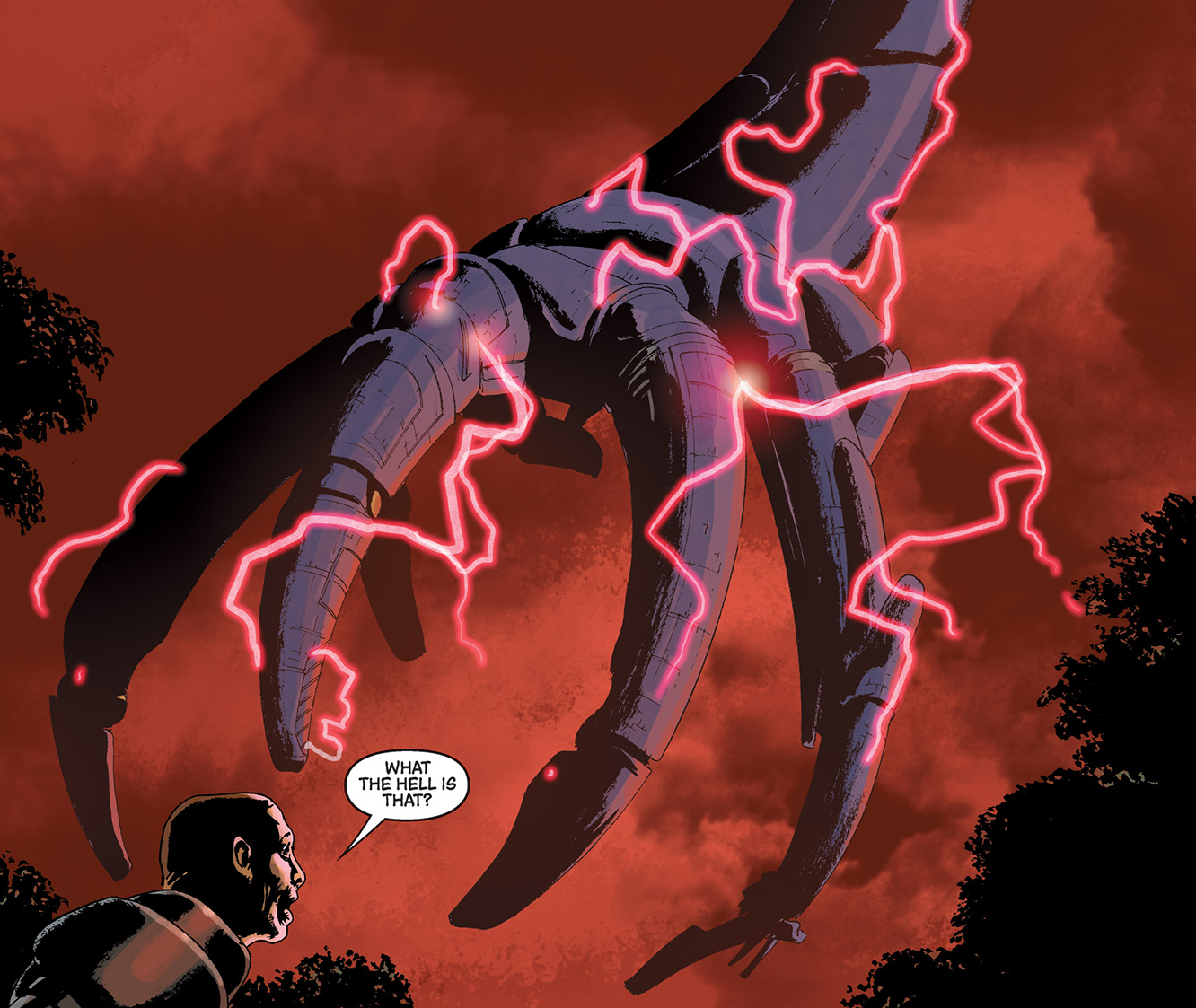 I am beyond your comprehension, I am Sovereign

Ah, BioWare, how the mighty have fallen. I can no longer count the amount of years it has been since BioWare delivered what I'd argue was a true quality RPG experience on one hand. I can't, for one, believe it's been 9 years since the release of Dragon Age: Origins already, the last great game from BioWare before they left their D&D business cards behind and ushered into the era of romances, CINEMATIC STORYTELLING, and all those other buzzwords people use these days about video games with a lot of dialogue.

It's already been a few years since BioWare completely pulled the plug on their own forums, and now defer to social media platforms like twitter for communication. The absolute worst form of discussing feedback and having chill back and forths with your fans. It is what it is at least we still have the unofficial forums, and blog sites like Destructoid, right? Having watched the crew at Giantbomb going through the first Mass Effect game again, has sparked an interest in me in wanting to revisit the game, and other of my favorite western RPGs of old. But most of all it also served to remind me why the first game was the only good entry in the series. I always held the belief ever since ME2 released that Mass Effect just stopped being good already after the first game. But I'm not gonna bore you with any long-winded discussions of the sequel's abandonment of stat checking, removing features instead of improving them, and changing the entire gameplay into that of a shooter. 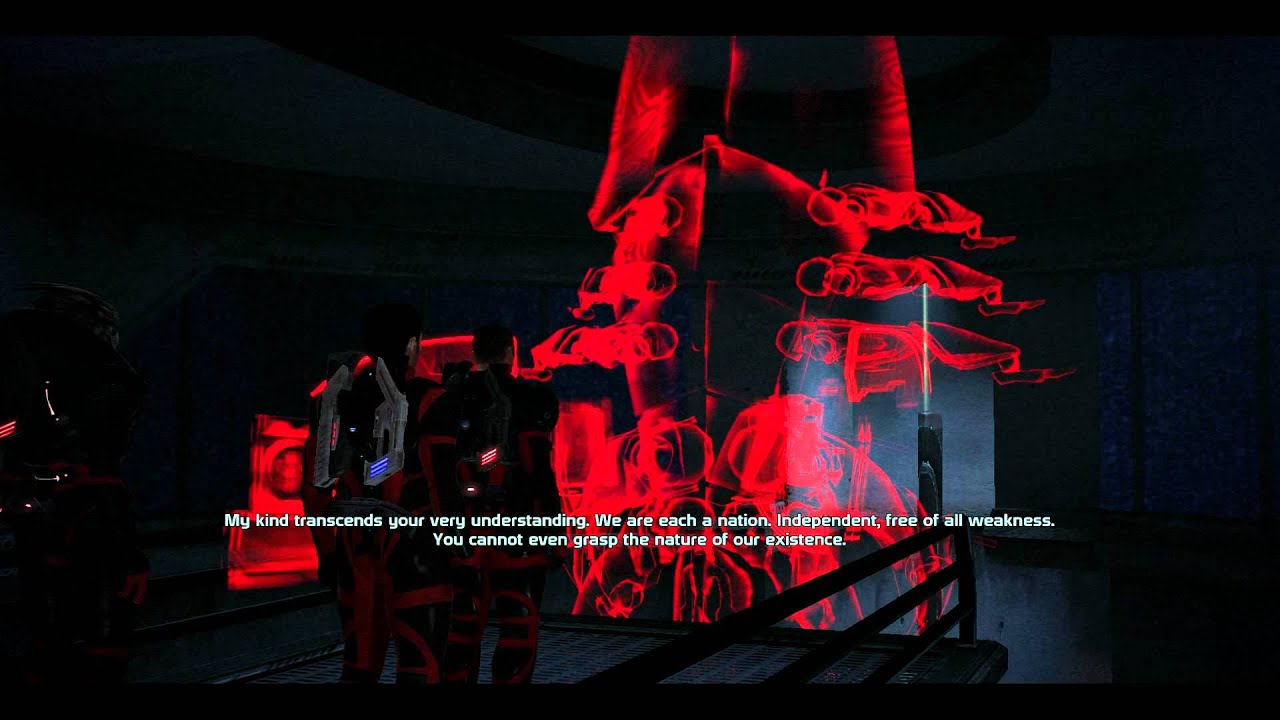 No, I want to talk about Dat Moment, you know those moments where a game really punctuates on its high quality entertainment value-In the case of Mass Effect 1 it's the very first meeting with the game's main antagonist, Sovereign. Now this could easily have been written as another entry of "You're quite something" but I decided instead to create a seperate blog feature where I write about moments in video games that trascends expectations, or raises the bar for anything I've seen anywhere else, or just generally awesome moments. BioWare has undoubtedly made a name for themselves with their explicitly good writing but that's not all they are but when they do it well, they do it well. It's the least we could expect from them but going from a somewhat pedestrian villain like Malak from Knights of the Old Republic we are served with something much more cold and calculated, namely a highly advanced machine called Sovereign.

Machines can be broken!

There's something about machines as villains that just works really well? It's probably their very nature as logic based beings who don't comprehend human emotions, our ability to rationalize our actions is part of what also makes out as the most dangerous living creatures. The fact that we can commit atrocities, well knowing of how unethical it is. Machines don't have that luxury, and it's partially because of this that they tend to end up as villains. Because their logic deem humans as a danger, and if nothing else, machines become too smart.

In the case of Sovereign, and by some extension the Reapers, there is no human origin or rebellion against their creators. They have no beginning, or end, in his words. They simply are and even with the cluttered and asspull of an ending that is ME3's we still don't really know where the Reapers came from exactly. Butt that's okay because their enigmatic nature as harbingers of the Rapture is what makes them so intimidating as villains. They bear the usual aspects of cold calculated machine AI antagonists in deritative sci-fi, that constantly seeks to gain more and more knowledge--But the way their presence's and very existence is presented is just on whole another level. overeign and the Reapers do this through cycles of extinction, where they basically plant the seeds, in form of the Mass Relays and the Citadel, for advanced civilations to grow into their apex and then harvest all life. This is their way of procreating their numbers, and also constantly evolve and gain more knowledge of the universe like the self-proclaimed omnipotent beings they are. 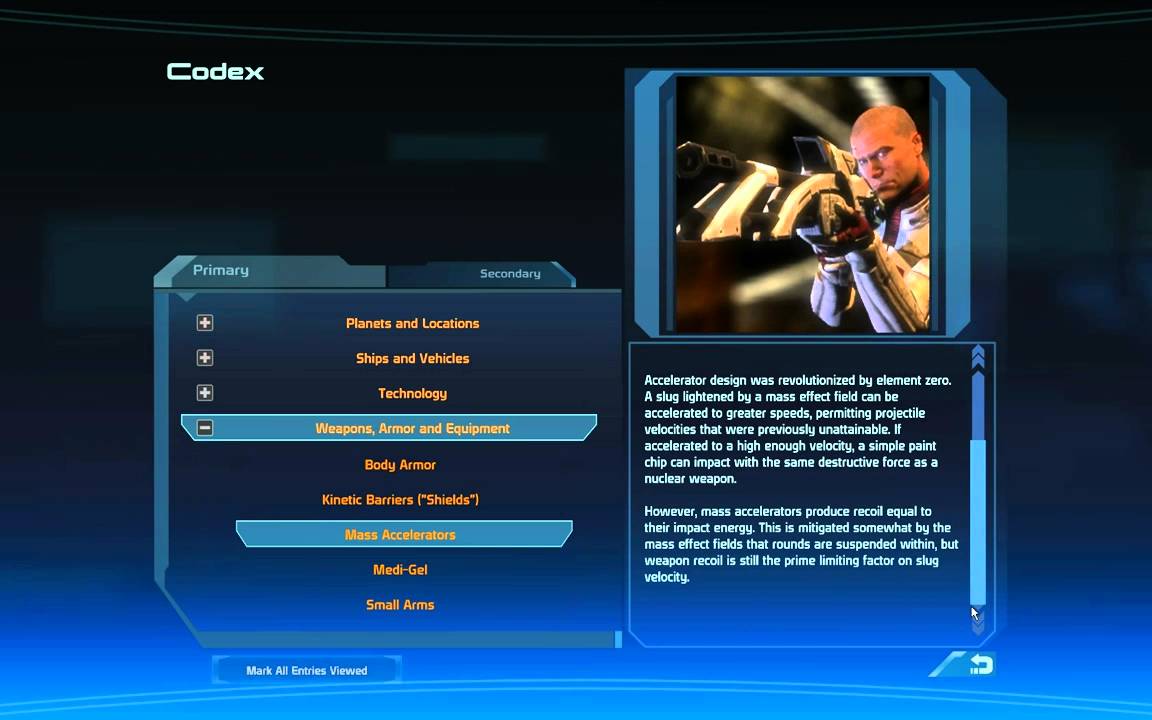 I've heard the sayings before that Mass Effect 1's quality lies in the fact that it's the "first one", where world building is at its core, and it's doing a particularly good job at it too. But I don't think that's quite it either, not entirely. Mass Effect: Andromeda was the first of a new world too, though with some established rules set by the previous trilogy, it was a clean slate nonetheless but it failed to replicate the same feeling of awe. Least of all because the villain felt like a pompous pantomime antagonist, whose tendency to constantly antagonize the player character with school yard threats came off as incredibly lame. There's subtlety to a good villain, part of it lies in having the villain not talking too much. Sovereign only has one single conversation with Shepard in the entire game where he is present, and all other times the only audio you'll hear from him are the terrorfying shrieks of the damned the machine utters whenever it descends upon a planet's surface, let alone a giant space station. It makes for a more effective villain, because it's not a thing that can be persuaded or beaten through conventiona means. It's not to say it's only way to make a good villain but it's certainly effective.

Last but not least the absolute hair raising voice acting from one Peter Jessop. whose other roles include Lorik Quinn in the very same game as well as Albert Wesker in the Resident Evil Remake whom I might add is one my favorite iterations of the characters. This man's talent while not completely taken for granted as he's still doing acting but still very much over looked. Jessop's voice with the right amount of added bass lends credit to what eventually became the utterly terrorfying voice of Saren's alleged dreadnaught. It could easily have become comical, taking the incredibly quotable lines from Sovereign out of context they sound like something from a grade school drama class. Put them into the hands of a skilled voice actor, and you'll get a tense monologue where a machine insults your choice of sneakers and how you are just a worthless ant to be boiled by the edgelord kid with the a glass of hot water.

But of course the voice acting alone wouldn’t have even have been enough were it not for the superb musical score done by Jack Wall and Sam Hulick. Up until this point the music you’ve been served with have generally consistent of 80s based synthesizers, and peppy old school sci-fi tunes. Now, it’s moody trumpets and violins that serves to lament the menacing presence of this mighty foe you face. It really works.

Mass Effect 1 had a writing team who wrote the characters, and the world, to feel and act like a high budget sci-fi drama, the politics felt genuine and the conversations with your crewmates, least of all the human characters like Kaidan Alenko, Engineer Adams, Pressly, felt believable like I'm talking to an actual person and I'm actually a Space Captain. It doesn't border too far into over the top territory, like in ME2 where you have characters saying fuck with almost every syllable. In ME1 there's barely any slur being uttered beyond the word "ass".

These memes are pointless

BioWare attempted a lightning strike twice with the new Reaper villain Harbinger in Mass Effect 2, who unlike Sovereign never shuts the fuck up. As he takes an active part into combat by possessing some of the enemies with unintentionally comical "meme-fying" lines like "Assuming Direct Control". No, Harbinber doesn't sound scary, he sounds like your grandpa trying his Darth Vader impression. This was also the game who introduced the Human Terminator looking Reaper as the final boss, Mass Effect 2 was a cheesefest in all of the wrong ways. If ME1 was the Empire Strikes Back, then Mass Effect 2 was probably Revenge of the Sith or something.

We would never get to see the likes of Sovereign again in any of the Mass Effect follow ups other than interesting characters like Legion, who'd expand upon our knowledge of the machine and the Reapers themselves. But in retrospect, I liked it best when we didn't really know anything about them. And like Vigil says at the end of Mass Effect 1. Does it really matter? Our goal is to stop them, not understand them.