Thoughts On: The Evil Within + DLC

I had it in my head this Halloween that I would replay my favorite Resident Evil games to sort of celebrate the season, but instead I opted to try something new. I told myself it would be good to branch out a bit instead of playing the same games over and over. The Evil Within is a game I've kept in my back pocket for a long time. A game prominently advertised as being from Shinji Mikami, the creator of Resident Evil. Over the years since the games release I've heard various opinions about the game across the web. Some called it a masterpiece, a return to form for the survival horror genre. Others had less flattering things to say, but I held out hope that I would fall closer to the masterpiece side by the end. 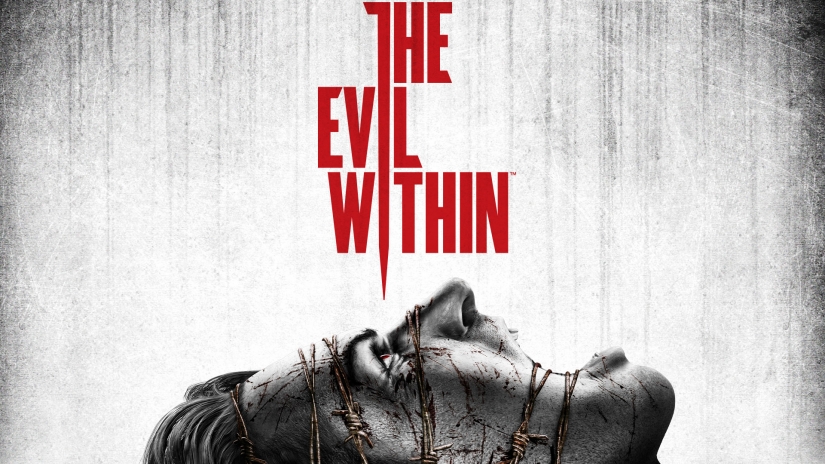 I wish I could say the game had a strong start, but it's pretty bad. When the characters started talking I honestly thought that maybe this wasn't the real cast. I really thought this might be like a cold open where they all die and then you get to play with the real characters. This crew is all varying degrees of bad both in terms of the way their characters are written and the way they're acted. Juli is completely monotone and sounds like shes reading off a page with no context. Joseph is your standard smart anime guy, he wouldn't be out of place in any shonen situations, and Sebastian is the extremely boring protagonist. His character just kind of rolls with all the crazy shit that happens with virtually no emotion. That's basically it for the main crew, there are other characters that come and go but these 3 are the primary players. 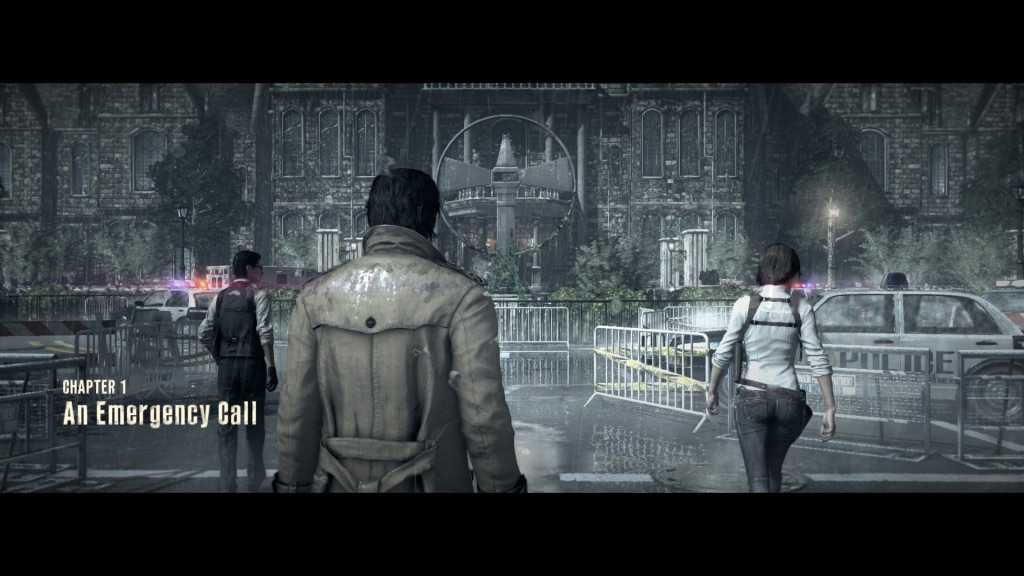 The story in the game is fairly simple, but it's told in a convoluted way. For most of the game things just kind of happen and never get explained. A lot of the details are in the collectibles which is a real shame because the finer details are what make the plot interesting. Without those collectibles the game is real thin. I knew from the start that the game wasn't really taking place in the real world, but it's really not explained what the hell is happening from beginning to end. All you know is that bad shit is happening and you need to find your crew and help out a patient from the mental hospital who always conveniently gets away from you every fucking time you start to catch up. Even with the collectibles it can be hard to piece together what's really happening from moment to moment. The 2 story based DLC's are absolutely necessary to get the full picture, and that really fucking sucks because the DLC is just plain awful. 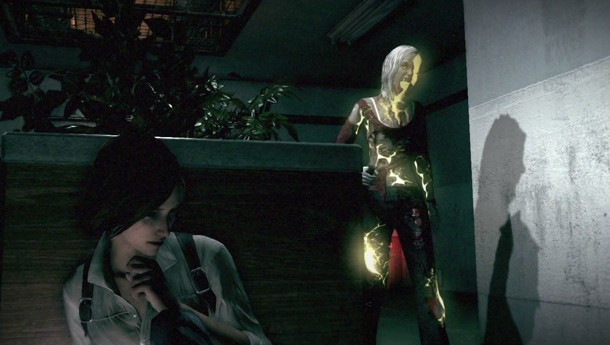 The core gameplay here is really fantastic. It's a little hard to explain but the feel of the shooting is phenomenal. There's just enough sway on the aim, just enough pop to the shots to really make each shot impactful. There are only a few weapons you get your hands on but each and every one gets use because ammo is always scarce. The games combat difficulty is absolutely spot on. It reminds me of Resident Evil 4 in that regard. Every combat arena produces an intense battle that left me physically drained by the end. You always have just enough resources to push through but never enough to make it easy. The game is fucking awesome, but only when you're in combat. The real problem with the game is that it's chock full of set pieces that pull you out of the experience. Every time I started to get in any sort of rhythm the game pulled the rug from under me. There are terrible chase sequences and god awful stealth sequences with one hit kill enemies that only serve to frustrate. There isn't any real indication of how enemies detect you, it sort of seems to just happen. Each of these sections come down to basic trial and error. You will die many times until you find just the right path to success. This lead me to the two terrible pieces of DLC that round of the package. These DLC's taken together are 6 straight hours of this same trial and error stealth. In them you play as Juli, and you sneak around while weaving your way in and out of the story from the main game. You have no weapons except the occasional axe you can only use one time for some inexplicable reason. Instead you have a flashlight and the ability to lure enemies by yelling. If the stealth was built out this could have been awesome, but instead it's a damnable slog. If you get seen you're fucked, it's almost impossible to escape and reset the enemies. You can only sprint for 3 seconds before you get forced into a painfully slow jog. My time with the DLC basically consisted of me getting seen, trying to run, dying in two hits, and repeating until I found the optimal path. I wanted to just give up so many times but the plot details this DLC provides are really interesting. They make the main games plot significantly better in retrospect, and had just enough bit and pieces of story to keep me going. 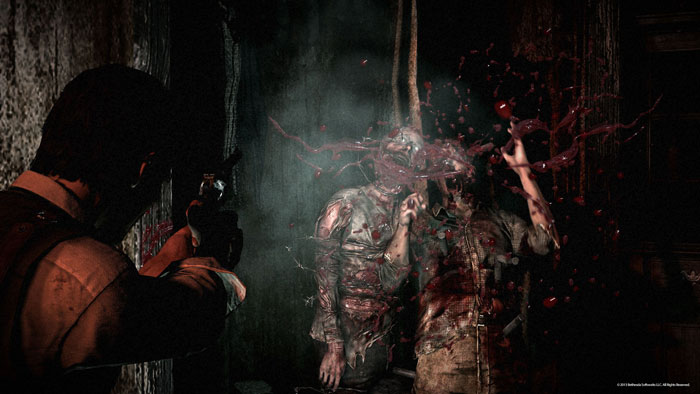 The term mixed bag is a little long in tooth but it's very relevant when it comes to The Evil Within. The characters are boring and the plot is thin but contains surprising depth under the surface. There is a lot to love about the core gameplay but the haphazard stealth and overwrought chase sequences only serve to ruin the pacing. The DLC is terrible from a gameplay standpoint but brings the depth of the plot to the surface in a tantalizing way. I desperately wanted to like this game but by the end all I felt was ambivalence. I almost hit the point where I wanted to replay the game because the core shooting was so fun, but I never want to go through any of those stealth and chase sequences ever again. As I write this I'm really contemplating playing the sequel, but I just don't know if I have the patience this Hallows Eve. 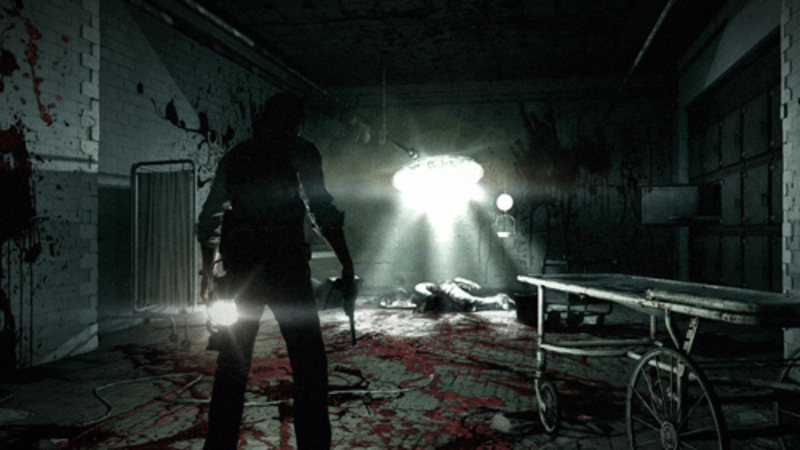