Last week I wrote my first recap/review/whatever of Doctor Who. It's my great pleasure to bring you another one! Full spoilers are below. Again, the primary purpose of this series of blogs is to creat a space in which we can talk about the episode, with all spoilers in mind. Just remember, there is only one rule to our discussion. Please do not discuss any footage of next week or future episodes as I haven't watched any trailers and don't want future episodes spoiled. Feel free to discuss where you want the show to go, or make predictions. Just leave any actual footage out of it.

First thing's first. The new Tardis. Sitting there, lookin' like a snack. Literally. It produces snacks now! I really like the new Tardis. Capaldi's is my favorite so far, but this one is a really cool departure. It's very tactile feeling. And anywhere you look there is something visually interesting. I REALLY like that there's a bit of an entry way now, instead of just doors that open directly to the control room. I LOVE the new sign on the front, inverting the black and white. My wife would like to mention that she really likes the crystals. The above video talks about the design philosophy of the new Tardis. Check it out if you haven't.

I also totally predicted that the ghost monument was actually the Tardis! It was only like 10 seconds before they revealed it. But I was proud of myself for that!

Now what about the episode itself? A space race is a really fun idea. One of my favorite episodes of Star Trek Voyager was a space race. It's just neat. Unfortunately, this episode doesn't do much with the concept of the race itself. But that's alright. What it DID do is force our companions and our newfound.... friends?... to work together and rely upon each other.

I liked that Graham and Ryan worked the information about the battery out. It's good to see companions using their brains and not just being dragged across the universe. Ryan also taught us a bit about acetylene. Speaking of Ryan. It was good to see the dyspraxia come up again. I was afraid that would be simply forgotten.

Yaz didn't get much of a moment to shine this go-around. I hope she'll get some good moments in the next couple of episodes. I like her well enough, but we need to see more of her personality and talents. I did notice a wee bit more chemistry between her and Ryan, which is fun.

Graham continues to be my new favorite. What a cool dude. How could you not want him with you when you go on an adventure? And he really rocked Pythagorus' shades. Also, can we please have an episode where we meet Pythagorus? 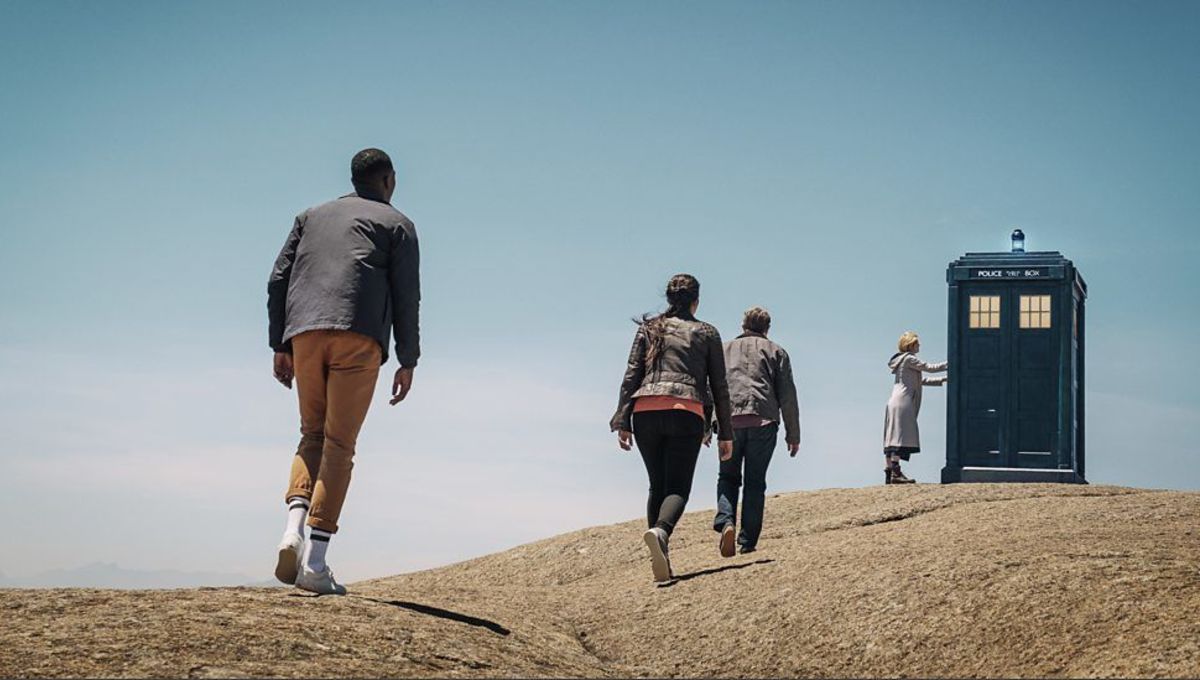 I think the costume and set design of the new season is just top-notch thus far. My wife did point out to me that the Doctor has earrings now. I didn't catch them last episode. Was she regenerated with them? Did she pick them out when she picked her clothes? If so, did she stop to get her ears pierced, or were they pierced during regeneration? Are any other body parts pierced? Have any previous Doctors had piercings, visible or otherwise? So many questions!

I am very intrigued about the Stenza. They really pissed off the Doctor in the last episode. But I think she may have let them be at that point. However, now she knows that they are genocidal maniacs that slaughter by the millions. There is no way she lets that slide. She will go after them. There's no doubt of that at this point. Big question is, will Tim Shaw still be alive when she does?

Overall, this was a solid episode of Who. I don't know that it was fantastic. I don't think it will go down in history as a classic episode. But it was good. What did you all think? Please discuss your thoughts with us down below!

Oh, and one shameless plug. A few days ago I wrote a blog about my love for Doctor Who. Check it out if you haven't already!