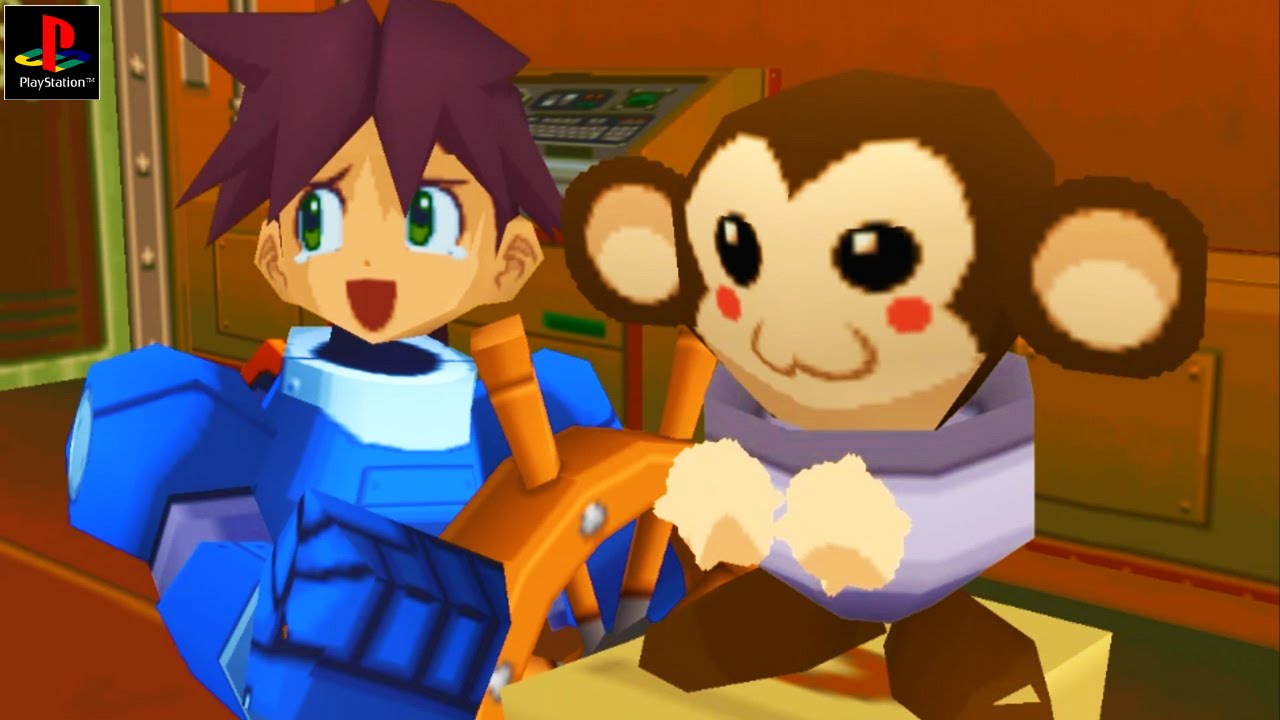 I remember when I first beat Mega Man Legends. It had taken some time, and I was quite proud of myself. And I remember the small teaser of “Game Over?” at the end that got me excited. I became very happy at the prospect of more Mega Man Legends. I hopped online to find out when the game might be coming out. And then discovered it had been out for a couple of years.

I had jumped on the PSOne train a little late. Growing up I got hand-me-down consoles from my brothers. My NES, Genesis, and Playstation were all given to me by my brothers when they were done with them. So while all my friends were all playing PS2 and Gamecube, I was begging my mom to take me to retro game stores so I could find some PSOne games to play on my “new” console. I found Mega Man Legends and remembered playing it at a friend’s house so I got it out of nostalgia. And then I fell in love with it.

So after discovering the existence of Legends 2 I once again begged my mom to take me to a game store (which meant driving out of town) so I could look for it. And I found it, alongside The Misadventures of Tron Bonne, which I ended up playing first. But after that I sat down to play Mega Man Legends 2. I fell in love all over again. I poured hours and hours into that game and had a real blast. There was only one problem.

I never finished it.

Despite how much fun I had playing the game or how much I wanted to finish it I eventually hit a wall. In the last area, Elysium, I ended up with a challenge I just could not overcome. Perhaps I was just too young and unskilled to handle the challenge of that final area. Or maybe I was just fatigued from just how long I had been playing the game. I’m not sure, but at the end of the day I ended up giving up. A bad habit I used to have when I started having trouble with games.

Well for this month’s Band of Bloggers I decided that enough was enough and it was time to finally finish this damn game. I plugged in my PS3, inserted my prized copy of Legends 2, and…

The game is as charming as I remembered. The graphics, while dated, still pop out and leave a great impression. The music is great and really sets the mood for the game. Even the cheesy voice acting has its own bizarre charm. Yes, this game is incredibly charming.

Which is good, because honestly this game is pretty meh otherwise. 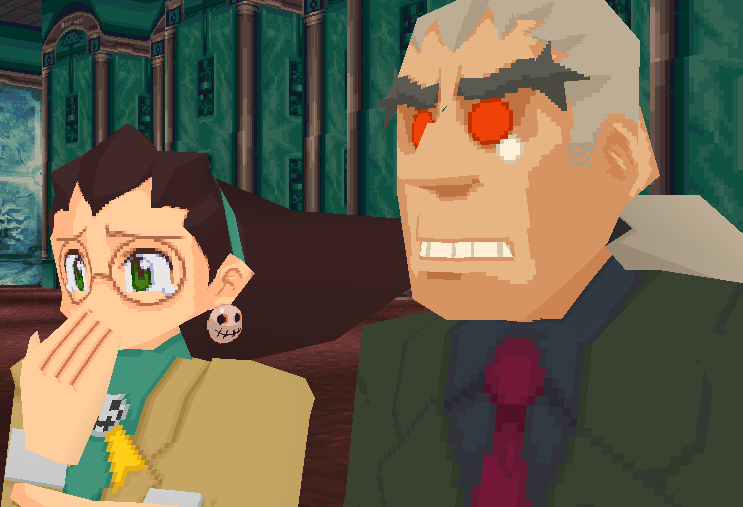 Don’t get me wrong, I still love the game. And I would never call it a bad game by any means. But I also can’t call it good. The gameplay just doesn’t hold up that well. It’s better than the first game’s, for sure. But far too often it relies on running around in a circle and shooting. And it gets very repetitive, very quickly. Which makes the inevitable grinding for zenny all the more annoying. The gameplay gets the job done, and I can respect that. But I wish it was a but more deep, instead of being a run and gun strafe-a-thon.

A huge drag on the combat is due to how the sub-weapons work. Besides Mega’s trusty buster you can use several different special weapons as well. Rocket launchers, laser swords, a vacuum arm, all sorts of wacky weapons. And you can only equip one at a time. And to equip a new one, you have to talk to Roll and have her switch them out. This means that you’re less likely to try out new weapons and instead just stick to one trusty one for perhaps the whole game. I actually did this on this playthrough. I stuck to the missile launcher and only switched twice, once for the drill arm to uncover secret areas in the ruins, and again for the shining laser because without it the final boss fight is total bullshit. Mega Man Legends 2 was before the weapon wheel concept that games have largely adopted, and it makes the game worse for its (understandable) absence.

Also, perhaps a nitpick, but the sound mixing is awful. Voice overs are often hard to hear over background music/sound effects. It’s hard to keep track of the story sometimes because I can’t hear what the characters are saying. And there's no subtitles at all. It’s a fairly annoying detail that sucks some of the charm out of the game.

The game’s not all bad, mind you. There are some good design choices. I like the enemy variety, even if the strategy to beat them boils down to just a couple of choices. The different islands of the game are all very cool and unique places to explore, and they feel strangely alive. Perhaps due to no NPC looking the same. Yeah, believe it or not, all the NPC characters have genuinely different designs. Not even any pallet swaps that I could see. And this might be the only game I have seen do that. Which is doubly impressive when you consider this was a PSOne game.

I can also appreciate the game’s actual level design, which rewards exploration and experimentation. There are some crazy dungeon ideas in this game that blew my mind as a pre-teen when I first played it. The underwater dungeon in particular really surprised me. The game does subvert your expectations in ways I won’t spoil any farther, in case you would actually like to check the game out. But sincerely, there are some truly interesting and really cool things to see and explore in this game, and I can’t complain about that.

Oh, the game also has robots. I have to mention that to fit the theme. In the game the game they are referred to as Reaverbots and they have some pretty neat designs. They are also kind of creepy, especially in the first game (the basic ruins in Legends 1 have no music and all you hear is mechanical clinking and clanking in the dark abyss in front of you). Some of them are basically just an animal, but a robot. But some are truly inspired and cool designs. And it's also pretty fun to murder them and steal their money.

Picture by TwilightTrooper from Deviantart

The dated-ness of this game reaffirms my stance that before a Legends 3 is made, the first two should be remade. I can’t imagine someone playing Legends 3 without playing the first two games, it would be odd to jump in at that point. And as they exist at this point in time, I can’t imagine anyone playing the first two without any nostalgia and actually enjoying them much. The charm of this series can only stretch so far without the aid of rose-tinted glasses. Underneath that charm is extremely dated and repetitive gameplay and some bizarre design choices. But I also think the game is filled with too many good ideas and unique qualities too just be left dead like this. And I feel a remake, one that adds in some modern conventions like a weapon wheel and shakes up the combat to make the gameplay more interesting is something we all should want.

But that’s not the point. The point is that I set out to finish this game and I did. I no longer have this game haunting my backlog, and I never have to touch it again. Although I almost definitely will at some point.

So how do I feel after finally beating Mega Man Legends 2 over a decade after I should have? Bittersweet. It’s nice to finally have it off the backlog, but it’s also annoying knowing that I’ll likely never see the real resolution to the story with Legends 3 dead in the water. At the end of the day, I’m just happy to have finally finished what I started all those years ago. And I’ll hold onto hope for a resolution someday. 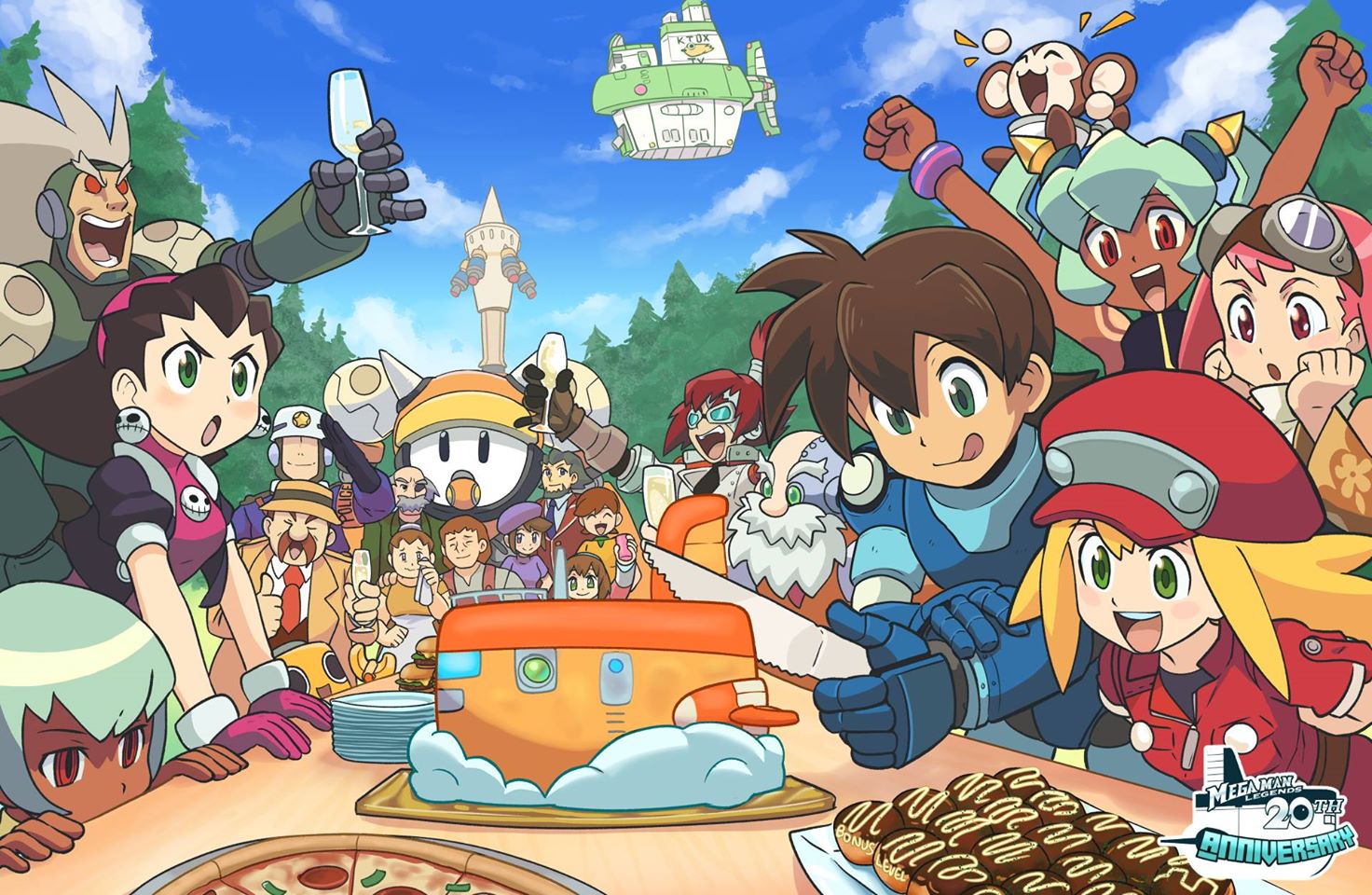