Another E3 in the books! And my god, what an event that was!

We’ve seen a lot of surprises at E3 this year from the return of Battletoads, to the fifth entry of Devil May Cry, and more. As for fighting games, let’s just say that there’s about three or more of them that I’m looking forward to, starting with this one right here… You guys know that I’m a competitive DOA player. When I heard the news about Team Ninja making DOA6, I almost yelled so loud that I almost got fired from my job. But I digress.

I already made an extensive blog about Dead or Alive 6, but I would like to add more information here than the ones you don’t know. For starters, you can now change between 4-Way Holds or the 3-Way Holds in the game. Let it be known that 3-Way Holds are useful for beginners who are new to DOA, whereas 4-Way Holds will be the tournament standard. And for those asking, 3-Way Holds was last seen in Dead or Alive 3 and Dead or Alive Dimensions. Hope there’s an option for 6-Way Holds from Dead or Alive ++...

Returning from DOA5 Last Round is the destructible costumes. You can tell that the costumes are destructible based on a red star icon next to the outfit. Unlike DOA5’s method of destroying costumes by Critical Bursts since that’s no longer in the game, this can be done by Break Blows. You can still destroy costumes based on Danger Zones. Not every costume will be destructible, and we will see some classic costumes return, such as Kasumi’s iconic blue costume.

The character roster will focus on a pure DOA cast on the base release, but we may see some guest characters after release. Here’s to hoping that some VF characters return to the game. And no, the three characters from Venus Vacation (Tamaki, Luna, and Misaki) will not be in the game since the developers don’t consider them as fighters.

Tag mode may not be in DOA6, but it will still retain modes such as Arcade, Offline Versus, Team Battle, Survival, and Time Attack. Of course, the Story mode will take place one year after the events of Dead or Alive 5, so it will bring a clearer explanation to DOA5’s story mode.

Dead or Alive 6 is scheduled for an Early 2019 release for the PlayStation 4, Xbox One, and Steam. While the game was mentioned on Fighting Games & DLC to Look Forward to in 2018, I pretty much said several things about SoulCalibur VI. Based on what I’ve seen on their latest build, it seems that they changed the HUD, and added new stages for this game.

Alongside with that information, I can safely say that Guard Impacts do not cost meter in this game. Thank god, because that was one of my main issues with SoulCalibur V. Casuals can say it’s because the roster is missing favorable characters, but it’s more than that. It was some of the unneeded changes that this game received. But I don’t want to go deep into that.

Character Creation mode returns, alongside with a proper Story Mode that explains the events that occurred during the events of the first SoulCalibur game. Of course, it will have offline and online modes. As for the mechanics, it seems that Just Guard from SoulCalibur V returns, but we don’t know if it’s less strict than the previous installment.

SoulCalibur VI will be released on October 19, 2018 for the PlayStation 4, Xbox One, and for the first time ever: on Steam. 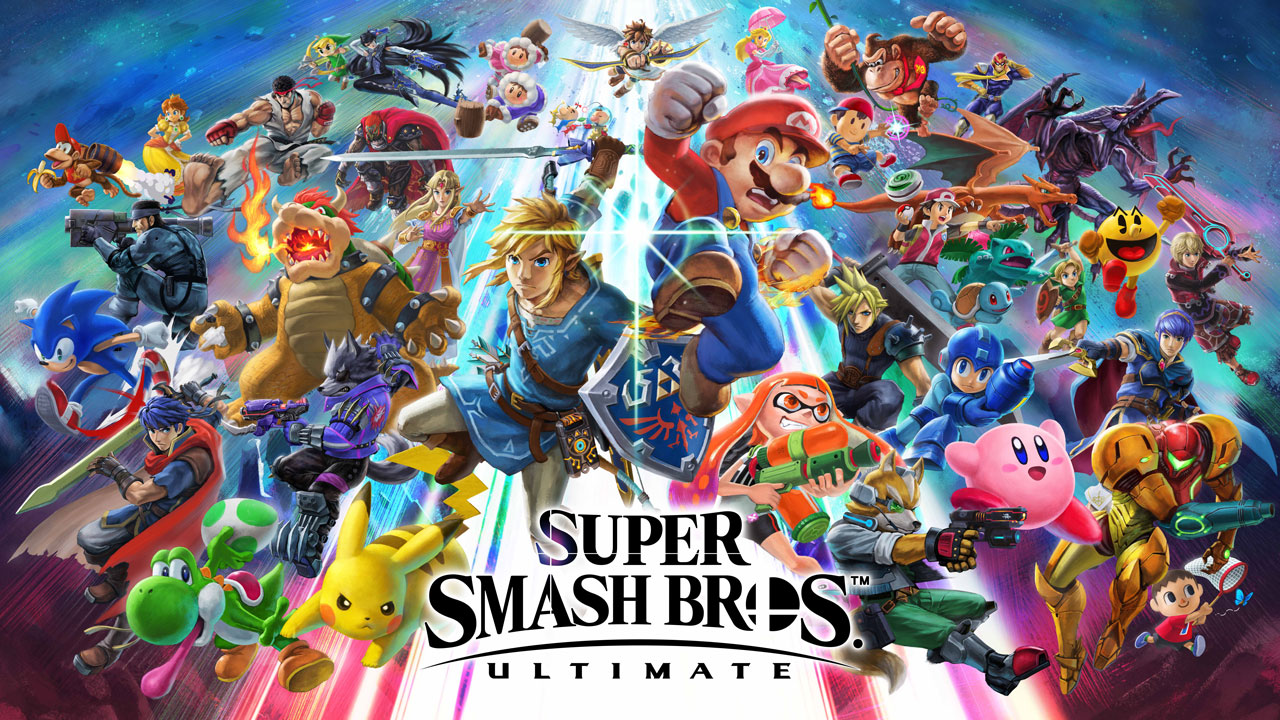 Back in late April, Nintendo Direct announced a brand new Super Smash Bros. game for the Nintendo Switch, and the fans rejoiced. Even though we were left with questions on what the game would be like, it was then and there that time would stand still where Masahiro Sakurai brought the goodness with the E3 direct.

Super Smash Bros. Ultimate brings back EVERY SINGLE CHARACTER that appeared in the previous games, including the ones that have been absent for years such as Pichu, Young Link, Wolf, Snake, Pokemon Trainer, and more. It also introduced new characters such as Inkling Boy/Girl from Splatoon, Daisy from the Mario series (as an Echo Character), and the fan-requested Ridley from the Metroid series, bringing the character count to 68!

Now to answer everyone’s question: No, this is not a Smash 4 port, this is a brand new game. Smash Ultimate has something for everybody from returning mechanics, great Nintendo or third-party references, and more. I know this game can now allow tech throws, which has been used in several fighting games, but it seems that according to the competitive Smash community, elements such as wavedashing has returned.

Of course, when it comes to Smash, you know that it can’t be a Smash game without the Gamecube controller compatibility. Yes, you can still use the Gamecube adapter for Smash Ultimate.

Super Smash Bros. Ultimate will be coming to Nintendo Switch on December 7, 2018, just in time for the holidays.

The year is not over yet, but the future of fighting games are still looking bright this year! Here’s to see what will be announced at EVO 2018 this year!