For this month’s Band of Bloggers prompt, I decided to play Venetica, a game where you play as the daughter of Death, Scarlett on a quest to save the world from a group of necromancers after global domination.

My time with the game was…complicated.

For starters, the starting area was so poorly optimized it gave me headaches. The frame rate dipped so low it was genuinely painful to try to play. For the first hour or so, I actually thought I might have to quit.

But I pushed through, and I’m glad I did. Because after the starting area, the frame rate evens out for the most part. It still dips from time to time, but it was far more stable after the first area. 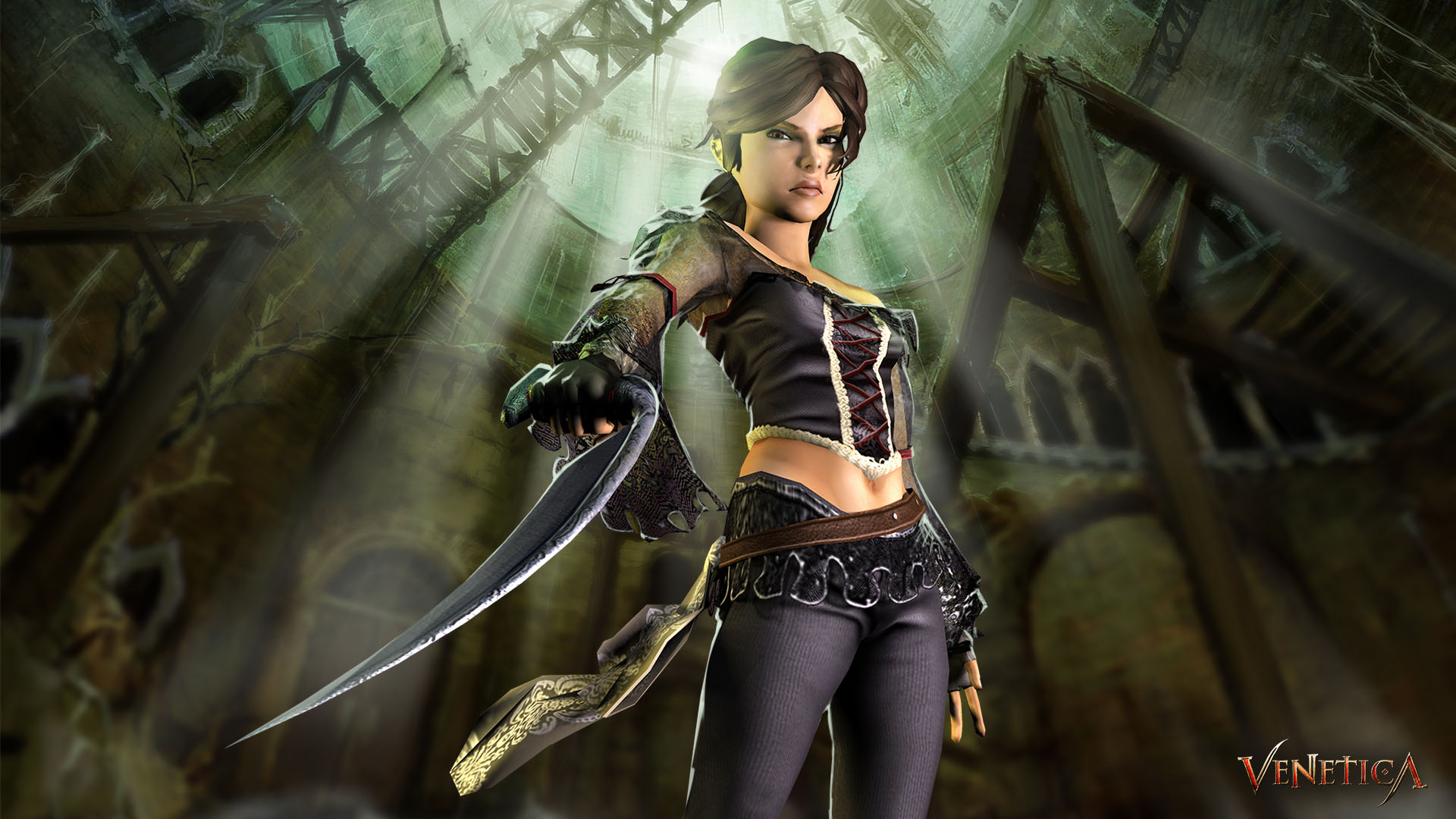 Now the story. You play as Scarlett, as I’ve mentioned, who discovers she is the daughter of Death after assassins attack her quiet mountain village. Scarlett's beloved Benedict is killed in the attack. The loss of Benedict left no real impact on me as a player since he dies roughly 5 minutes after the game starts and I didn’t even really know him at all. And yet, his death is a driving force behind Scarlett’s quest. Which, I guess makes sense, since she as a character clearly had a relationship with him. But I didn’t as a player, so like I said it wasn’t very impactful.

This leads to Scarlett’s quest feeling kind of weak, in a way. I mean, she’s still fighting to save the world from a team of evil necromancers, but Benedict’s death is meant to be this thing that Scarlett uses to fuel her quest. And having him be basically a non-character drags the story down a bit. And the story really isn’t that interesting in all honesty. It’s pretty standard stuff. Fight the bad guys, save the world, yadda yadda yadda. There are a few cool moments, like when Scarlett is cursed and the game suddenly takes you to Africa to kill the one who cursed her. And without spoiling, that part if the game takes some interesting twists and turns I wasn’t expecting. But otherwise the game is sadly predictable. Not that that is necessarily bad or wrong, but it’s a bit boring. The game also doesn't really have much to do with Scarlett's father Death. Which is ironic since I played this game for this month's theme, and the game ended up barely having anything to do with Scarlett's parents.

One thing that helps break up the monotony is the fact that you have moments in the game where you have to make some admittedly interesting decisions. I have a feeling it’s mostly the illusion of choice, as I can’t see the game having really varied branching paths or anything. But it still kept me engaged well after I should have been bored to death. And a few small decisions had more impact than I would have thought. Like when I was rude to an NPC and she then refused to give me all the details pertaining to a side quest. It didn’t lock me out of the quest, but it made it a bit more difficult. And that was kind of neat. 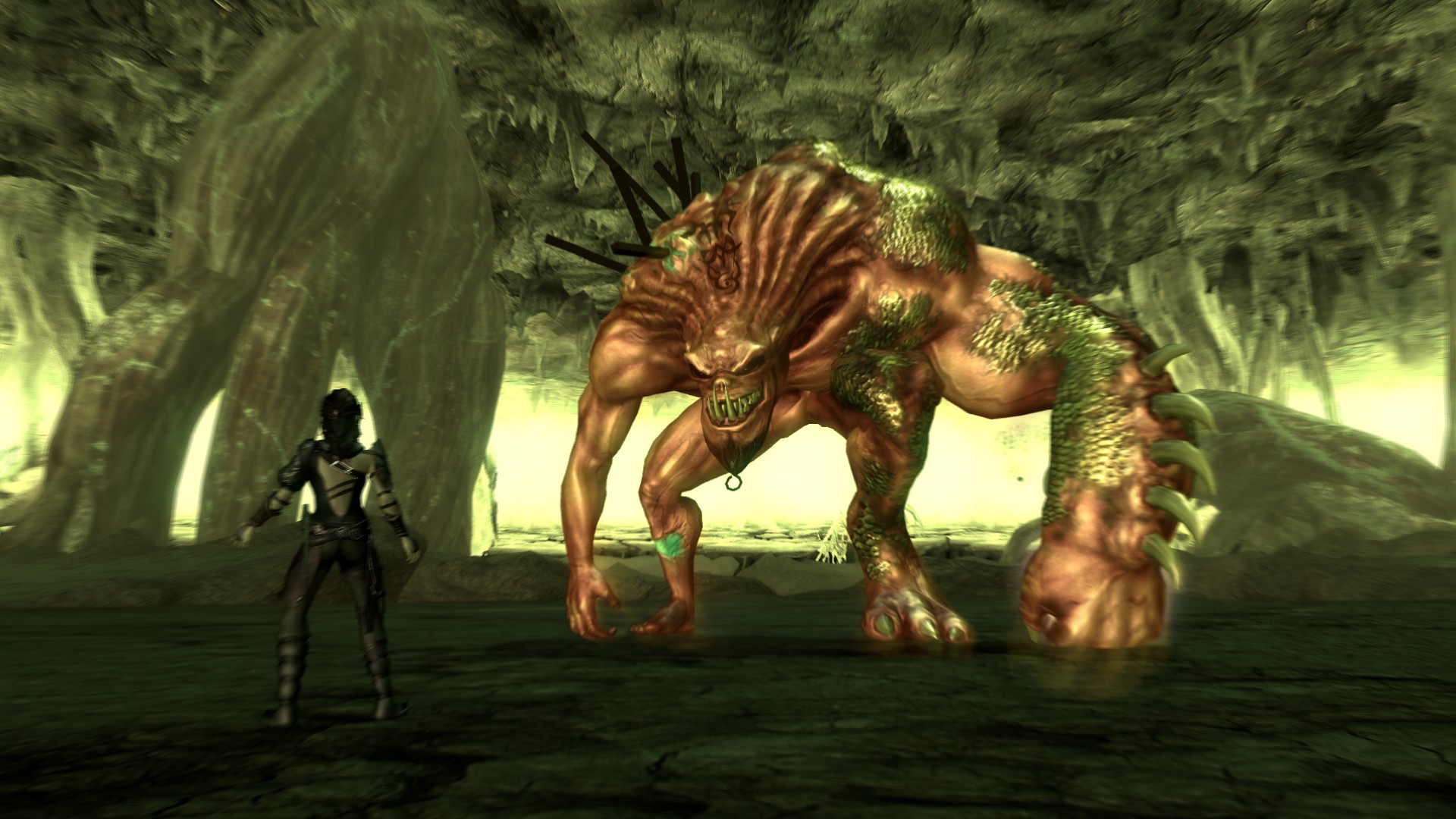 And that’s actually pretty par for the course with Venetica. Everything seems to be just barely interesting enough that I felt compelled to keep going, but ultimately was nothing special. The combat was simple and repetitive, but had just enough variety between the four weapon types to keep me from getting too bored with it. Scarlett's necromancy powers also helped with such things, like being able to resurrect after being killed, or being able to see through crows' eys to find secrets around the city. The graphics weren’t great and the environments were a bit bland, but were interesting enough that I didn’t mind much. The quests were the standard fair of fetch quests and typical padding. But they were never too long, and I found myself doing them without it feeling too boring. I also liked that you had to maintain a reputation. You had to avoid committing crimes (or at least, avoid getting caught) or the people of Venice would turn on you. It kept me on my toes, which helped fight the inevitable drag. Even so, you end up having to do some busywork for the most part until the game let’s you progress. And that's just poor design.

And yet, I enjoyed the game. I can’t explain why without this blog going on for a long time, and I’m struggling to do this much as it is, so I’ll just try to sum it up as best I can in a few sentences. Venetica is nothing special, but that’s okay. It was a nice bit of fluff with a few neat ideas that kept me entertained for a week or two. And it was decent enough and offered enough choices that I would consider maybe playing it again some day. However, I would not recommend it to anyone. The game is not what I would consider a “must play”. While I enjoyed it I just don’t think it’s good enough that I would recommend anyone go out and find a copy to play.

Venetica wasn’t the worst thing I ever played. Not by a long shot. But it’s a game that I don’t think i would mind if I hadn’t played it. I’m glad I stuck with it even though it gave me headaches, because I did end up enjoying my time with it. And that’s what I think ultimately matters. 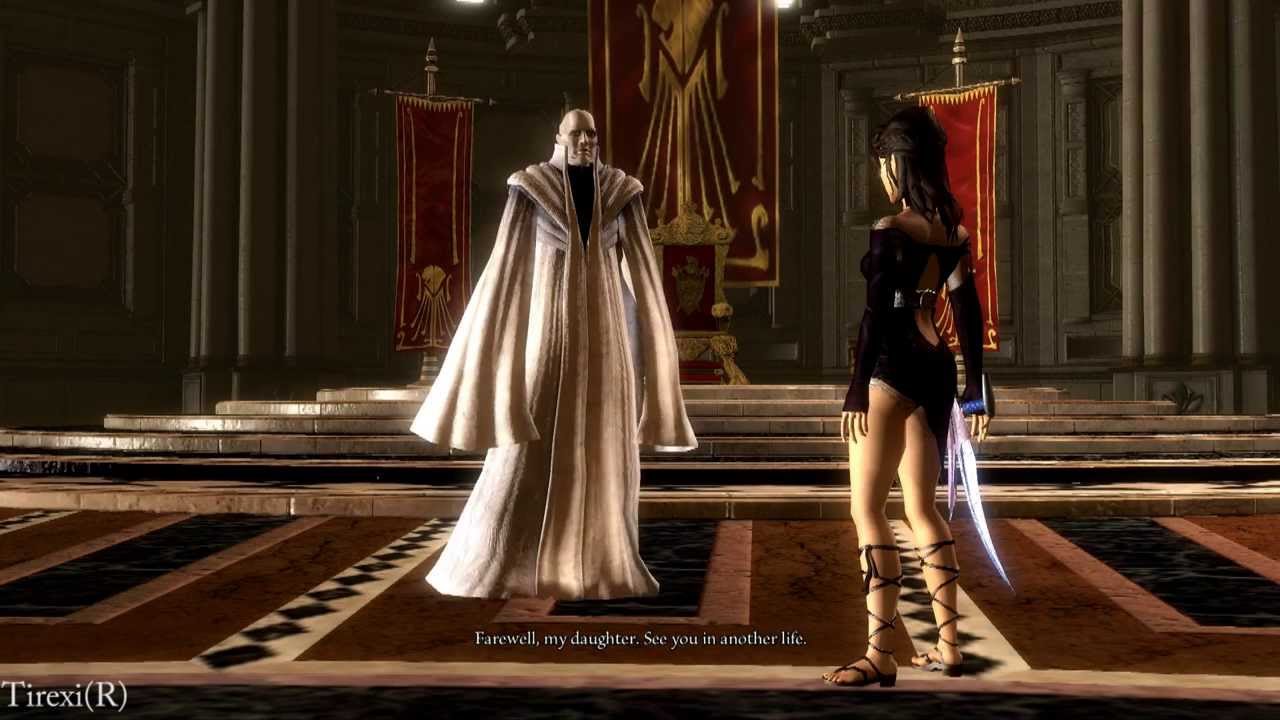