I last left off with a blue portal in my sight while I was exploring Serbule. It teleported me to Serbule Hills. I went to the local village and was told by two different people that some items were dropped in the spider cave, northeast from where I was. One person needed a chapter from a book while the other needed a shield. I went back to Serbule Keep to look for other adventures to accompany me on this journey. I ended up recruiting two volunteers, both close to my trained skills. The Perilous Spider Cave We stepped into the cave slowly and carefully, taking each step slow and steady. The cave was dark and spider webs littered the walls, we made sure to pace ourselves as not to get lost. Spider after spider came after us with deadly force, and we slew them. Each and every one of them. This cave had hallways every which way. in one of the rooms near the entrance, we found the lost chapter from the book a townsperson wanted and in another a shield. Step by step this cave seemed to have no end and we grew tired but we knew we had to band together and get through this. 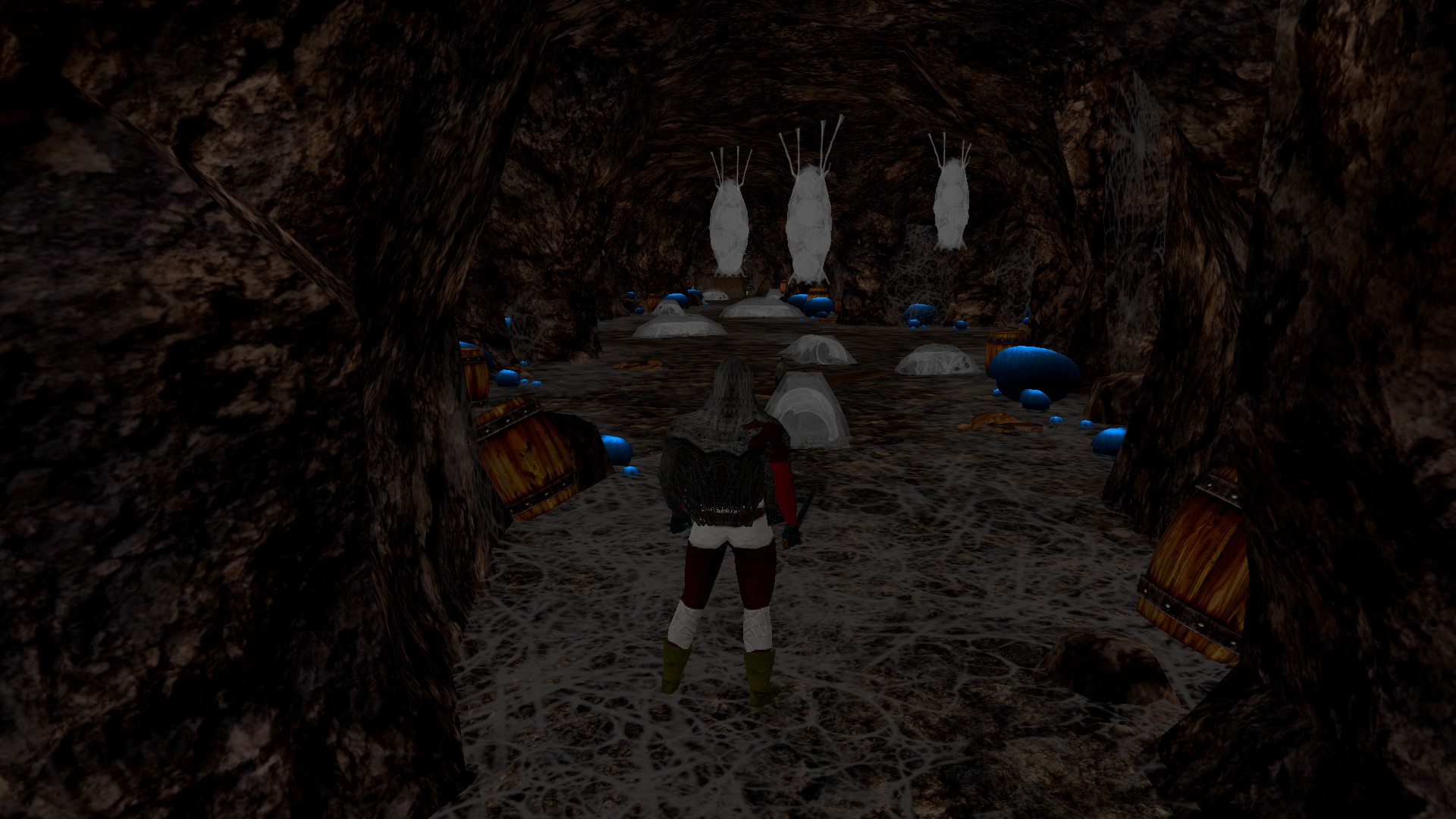 After what seemed like hours we came across a strange part of the cave. The smell bothered me to no end and was something you wouldn’t believe. Further exploring and to our surprise, we saw a huge spider, a mega spider if you will. We were not expecting this. The group decided to make a plan, one of us would hold it’s attention while the others would wail on it with all of our might. The fight was hard and brutal, each of my swings were harder to pull off than my last. It huddled back and would take a lunge at us, forcing us to put up our shields and/or jump out of the way. I managed to stab the right side of its jaw with my sword. What seemed like hours going by were merely seconds. WHAM! The final blow was made and it keeled over letting out an almost alien-like screech. The mega spider had been felled and we were victorious, we decided to explore the rest of the cave with ease and made our way out into the hills once more. I couldn’t have done it without my group, that’s for sure. Tired and worn out, we wished each other well and went our separate ways, after that I decided I wanted to explore this land to get a taste of what was out there. This part of Project Gorgon was really fun. Just about every time I get on I ask people if they want to party up and for the most part, I usually get someone. Like I said in a previous post I’m already seeing the same names pop up in global chat. I met two people that I did the spider cave quests with and had a blast while playing with them. We traded friend invites and one, in particular, I’ve been playing with often. Currently, my main skills are a sword and a bow, although I would like to be a bard to buff/heal people up as well.

I’m having a hell of a time just going around mindlessly grinding my way through mobs, it’s pure fun. Questing is taking a little time to get used to, as there is no hand-holding here, and I am not one to look up where to go. Grouping up with people was very fun, I took a screenshot of us but lost it, sorry guys.

If I’m going to nitpick it’s that you can’t run from zone to zone, you have to use portals, thankfully there are pins you can set on your map, BUT, you have a limited amount, more of which can be unlocked by leveling up your cartography skill.

Before this gets TLDR, I’ll end it here and say that I am going to explore the world a bit next.