Kids these days don't know how good they have it. Many shout on the rooftops that platformers are the laziest genre, but in my time, these games defined the medium. Back in the 4th generation days, you were on team Mario or you were on team Sonic. No other options. And when 3D gaming came along, Crash and Spyro picked up Sonic's slack to challenge the rotund plumber for platformer superiority.

But amidst these clashes between giants, a more humble platforming series was born. Rather fittingly starting on the Atari Jaguar, it never really stood a chance against the multi-million sellers it was competing with. But its creative levels and characters knew how to capture the imagination of those brave enough to try the games out. That's right, Rayman. Hell, I probably wouldn't have given these games a chance at first, if not for the free copies of Rayman 2 in cereal boxes back then.

Video games for breakfast, those were the days.

In any case, Rayman wasn't that big a deal, even during the series' prime back in the PS1 days. You couldn't be a genuine Rayman fan, you'd have to be a fan of something else with Rayman on the side. And even then, you'd be a rebel. You'd be the hipster. Especially when it came to the third entry, the worst selling of them all...  The one Ubisoft tried to market with dick jokes.

Let's put aside the underperforming sales and bizarre marketing for a bit. It's been 15 years since Rayman 3's original release. 15 years since the limbless mascot last had a 3D platforming adventure. What better time to revisit the little series that could? 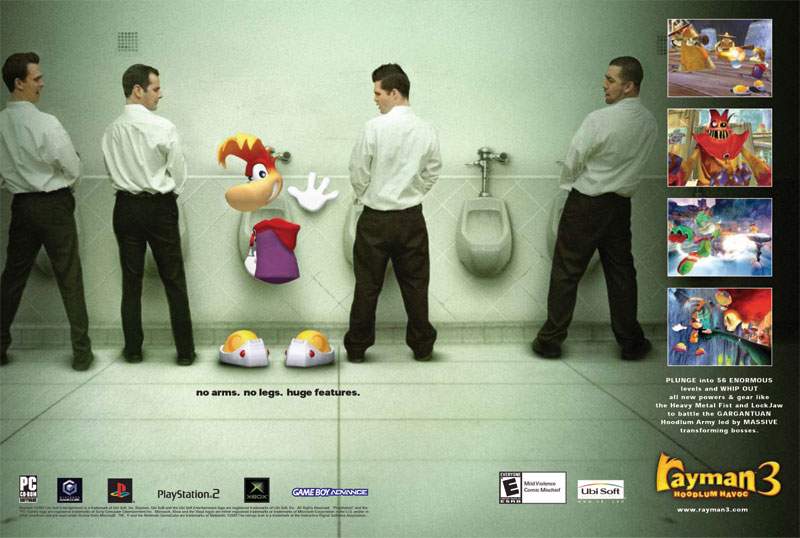 I don't think there's ever been something more "teenager in the early 00's" than Rayman 3's opening. Not only is Groove Armada's Madder a total banger, it's also as nonsensical as Big Shaq's Man's Not Hot. The rapidly shifting scenes showcase Rayman dominating his foes. Looking at this opening, it's hard to believe the original Rayman launched only a console generation beforehand. The first game had a whimsical fairy tale tone. The second game was dreary. Rayman 3 is cocky. This was no longer your father's mascot platformer.

There's one thing you can't escape while playing Rayman 3, the humor. There's a lot of fourth-wall breaking going on too. Murphy starts out reading the game's manual (ah, how I missed them) during the tutorial, and Globox has lines like "you were nicer in Rayman 2" when you punch him. It's something that I remember really enjoying when I was younger, but now it feels more hit and miss. At times I'd get a stupid grin, but at others, I'd be internally begging for an option to mute Globox. The game goes for a strange mix of edgy kid and dad humor, so if you're either of those you might like the jokes more than I did. In any case, I highly recommend using original voice acting if you can understand it. French voices in this game are hysterical. So cheesy.

While the humor won't be to everyone's taste, the game is overall worth giving a chance for a different reason entirely: Its gameplay. Like usual, Rayman has a hover ability that's both satisfying and forgiving. The simple but effective controls really shine through when playing pure platforming sections like The Longest Shortcut. Par for the course, really, coming from Rayman 2. But whereas the latter could feel really dull when it comes to combat, Rayman 3 adds a few twists that make it more engaging. Strafing affects the way Rayman throws his punch, making even the most mundane encounter feel more tactical. Plus, enemies tend to have less health than in the previous game, making them less of a grind to get past. But the real stars of the show are the two new additions to the formula. Battle fatigues and a scoring system. 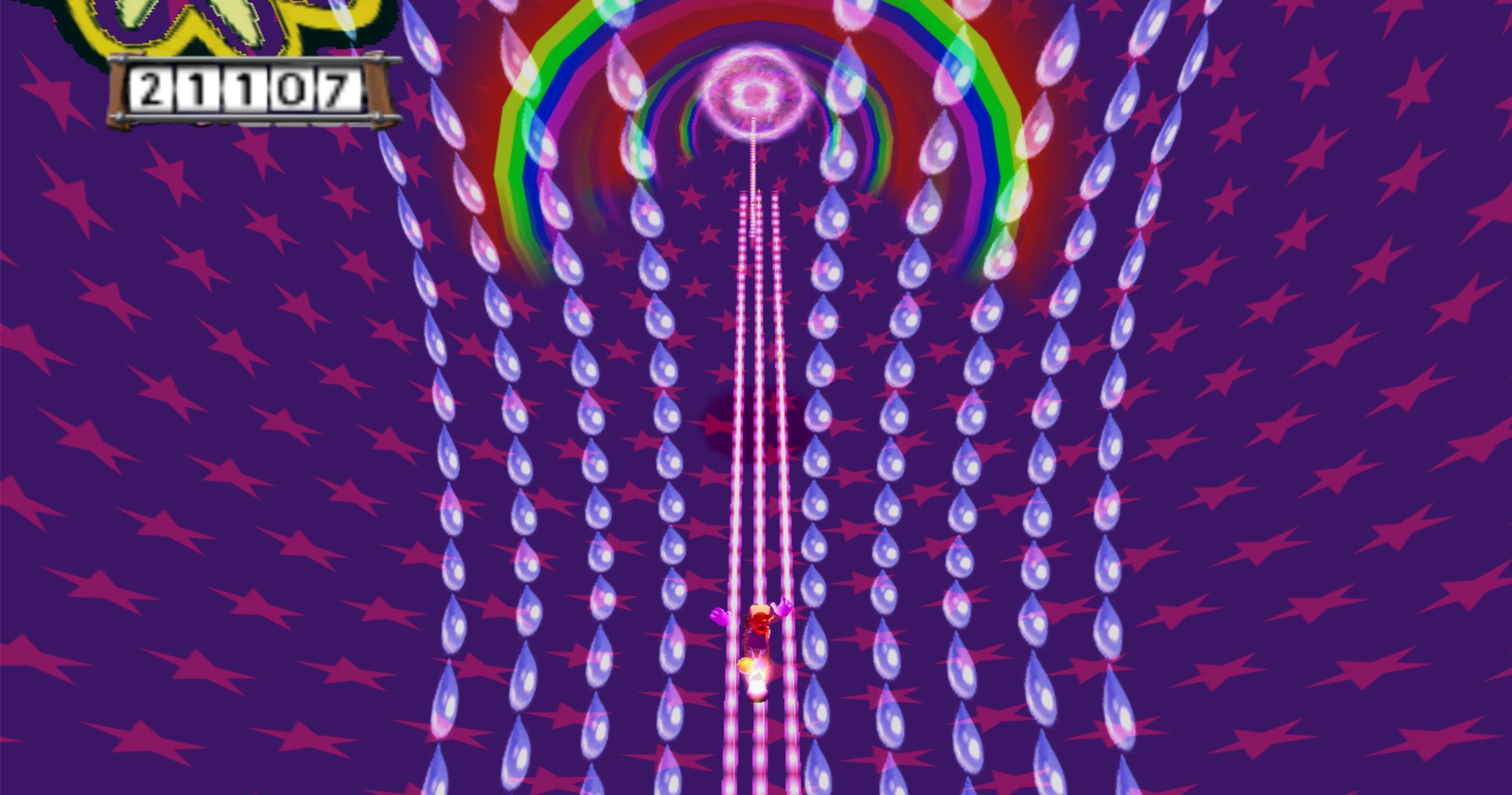 Scores? In my modern 3D platformer? Yeah! And it's frankly a Really Good Idea. Points encourage you to play quickly like a speedrunner. You get bonus points when grabbing gems or defeating enemies in rapid succession. Points also encourage you to look around the environment when things are calm. Every level has hidden gem spots that can give you gnarly amounts of points. On top of all that, points encourage you to use the battle fatigue system implemented in this game. See, special enemies drop battle fatigues that give you special powers. You can throw tornado punches that shrink enemies, or maybe grappling hooks that keep shocking foes, or maybe just really strong punches. As long as you're under the effect of a battle fatigue, all points you get are doubled. H-H-Hurry up!

Of course, the game's not perfect. My completionist ass tends to go back to battle fatigues earlier in the level in the off chance I can earn bonus points, so I end up backtracking a lot out of a desire for points. Beyond that, the camera has a tendency to snap quickly between angles instead of naturally flowing, which can be as disorienting as the last time I went drinking a bit too late with the lads. You might just end up waking up at the poutine shack with no memory of how you got there. Real pretty plate in front of you, though, so might as well dig in. 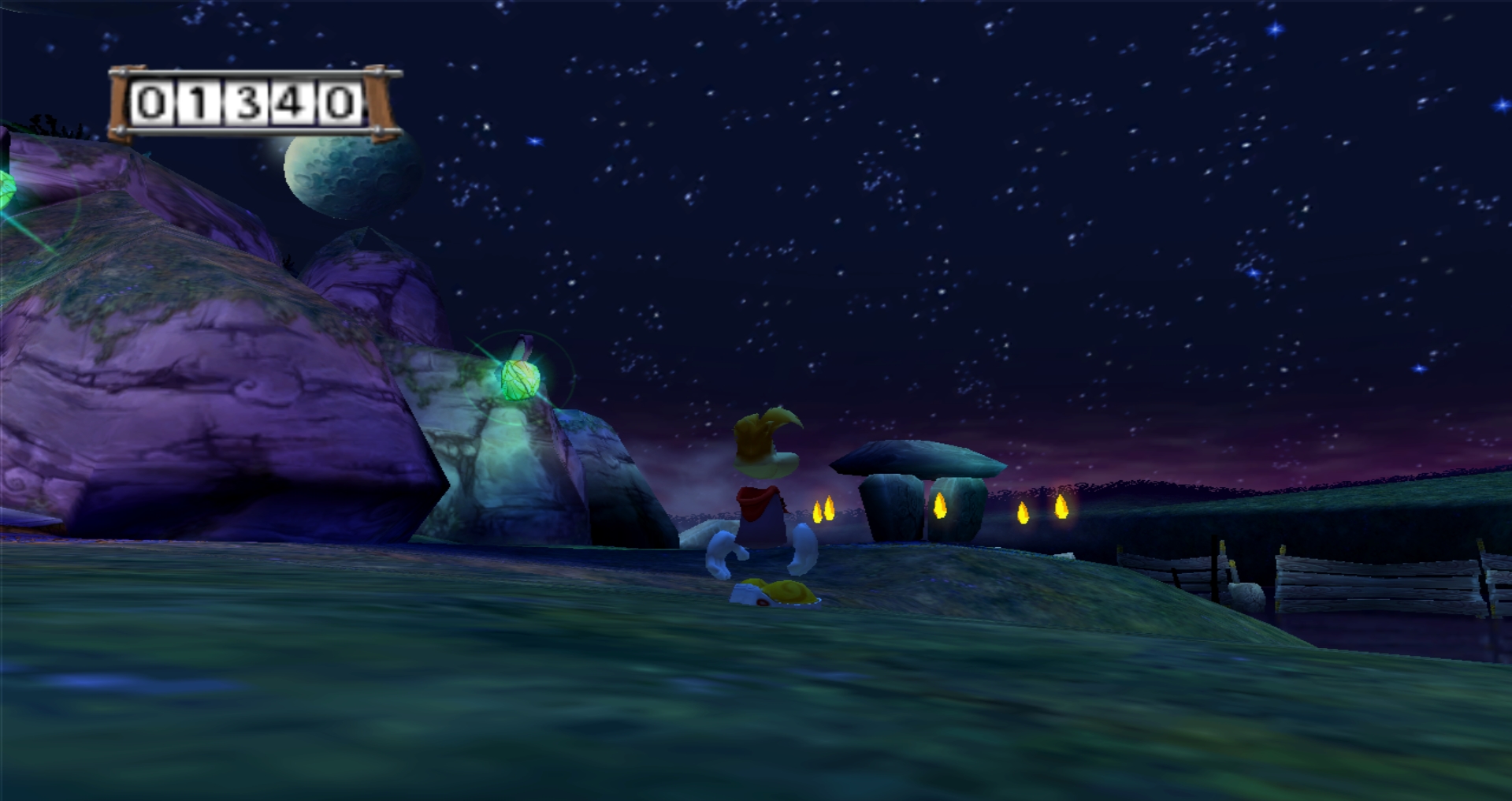 Which brings me to the other thing I love about Rayman 3. It's really pretty. Each world has a strong visual theme that, while typically not too far from platformer archetypes, have an identity all of their own. The Fairy Council is a great way to get started, with its beautiful night sky and gentle blue and green hues. The game later goes through forest, swamp, desert, castles and psychedelic pop environments in a way that never felt derivative.

While I loved revisiting Rayman 3, its legacy tells a different story. One of a game that failed to impress. Its Metacritic score is the lowest of a main series entry. While VGChartz's sales estimations seem unrealistically low, I do know that the game ended up in bargain bins in record time back in the Gamecube era. Unloved, unsold. And thus Rayman 3 ended up the last 3D Rayman. At least I can look at artwork of a Rayman 4 that could have been. 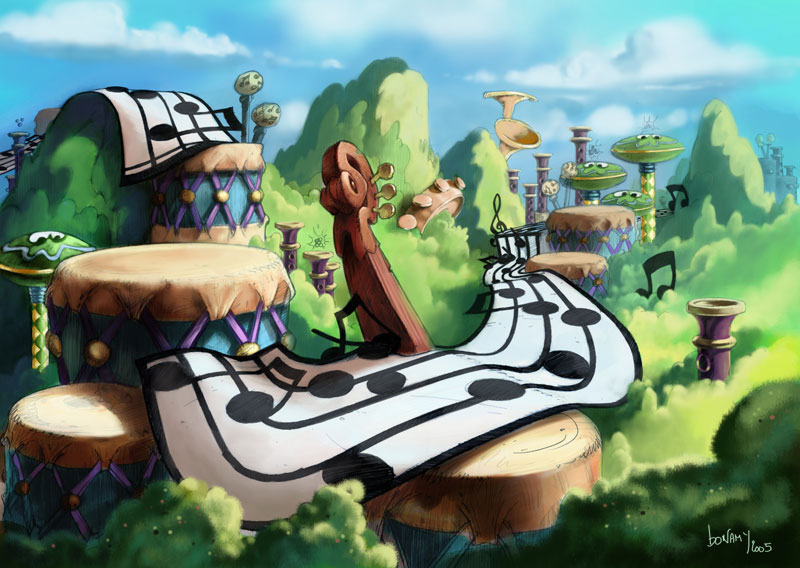 Nostalgia Trip is a series shaped by readers! I have so many games I love and want to revisit about with people, so I'm including a choice of three platforms under every entry. Looking for a recommendation for one of these systems? Make sure to vote!