Some nuanced thoughts on Bloodborne

Have you ever jumped into doing something so wildly unlike you, it feels like it might change your life forever?

Yeah, me neither. But this month, March of 2018, I decided to take a couple baby steps out of my video game comfort zone. So that's nice.

Bloodborne and Ratchet & Clank were free on PS Plus this month. I devoured the latter in a matter of days. Being a Ratchet & Clank game, it's a ton of fun and easily worth just about anyone's time. It's just as infinitely replayable and full of unlockable goods as the rest of the series. Another wacky arsenal, another gathering of gorgeous sci-fi levels, all for (technically) free. The month would've been worth it for that alone.

But Bloodborne was different to me. It is a game closely related to a series I've never touched, in a genre I've never had much interest in. It was definitely the "bonus" game of the month for me, a chance to see if I could stomach From Software's stuff, divorced from the risk of wasting money on something I wouldn't enjoy. Their Dark Souls games have gained a reputation for being aggressively, nipple-twistingly hard, and my understanding was that this one was basically the same deal with medieval fantasy replaced by gothic horror. 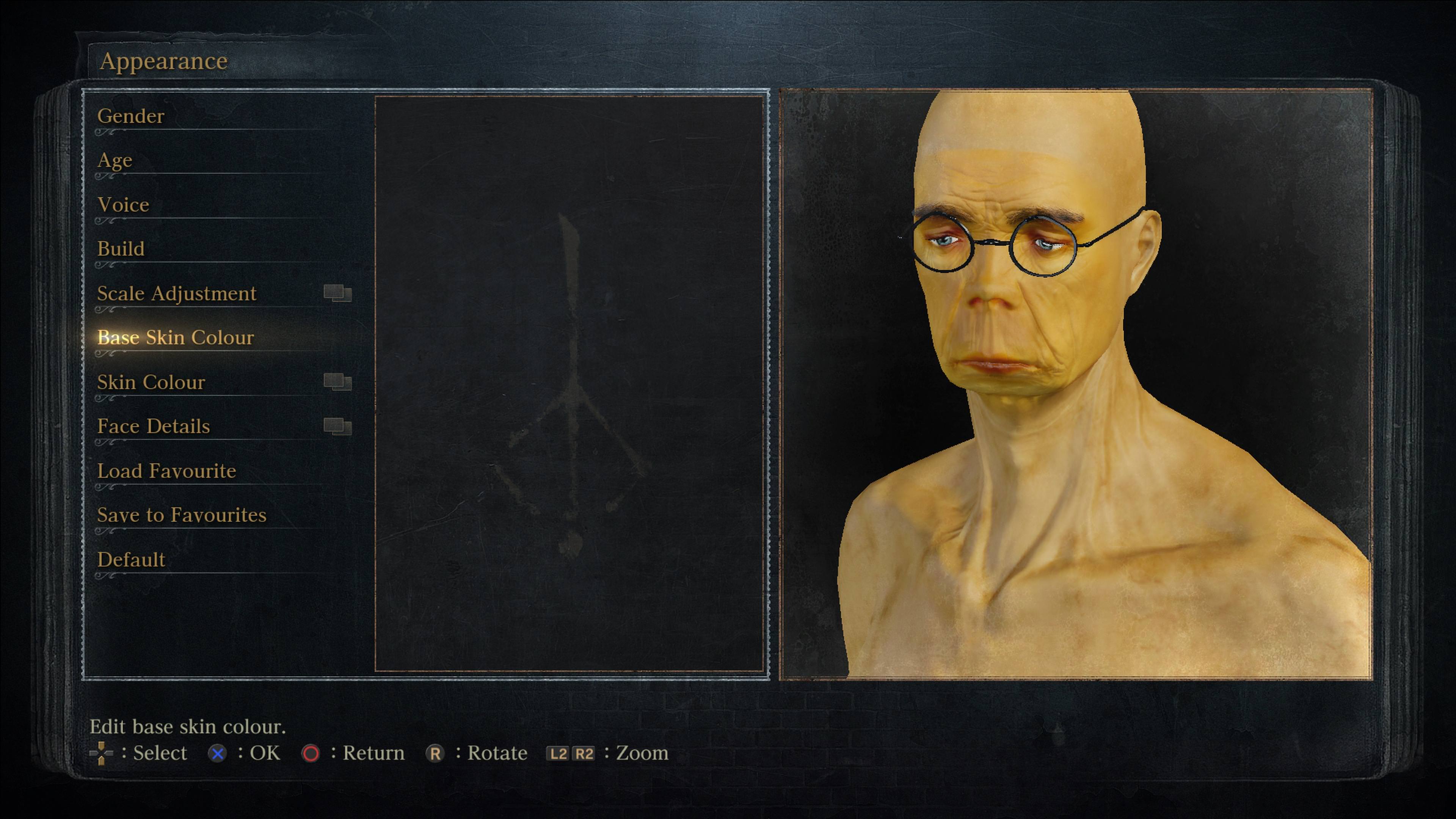 It's a poorly made Hans Moleman.

My first steps were taken with the difficulty in mind, which certainly helped me forgive a lot of things about it. Since then, my enjoyment of it shifted rapidly.

I like the game. I haven't beaten it yet, and doing so will probably take me a while, but I've explored enough of it to get a rough idea of what to expect. This is why I won't dare to classify my writing here as anything but "thoughts", because I'm not at all qualified for a review yet. Strike that shit off the resume.

The first thing that stood out to me as being unique was the way that the game is split into "runs". You'll start a run, kill a bunch of enemies, earn currency to level up in your safe zone and repeat the process. Runs end when you return safely to a lamp or when you eat shit and die. Sometimes you'll go for a boss, sometimes you'll try to find another lamp, and that's basically how progress is made. It's basically a rougelike where nothing changes. 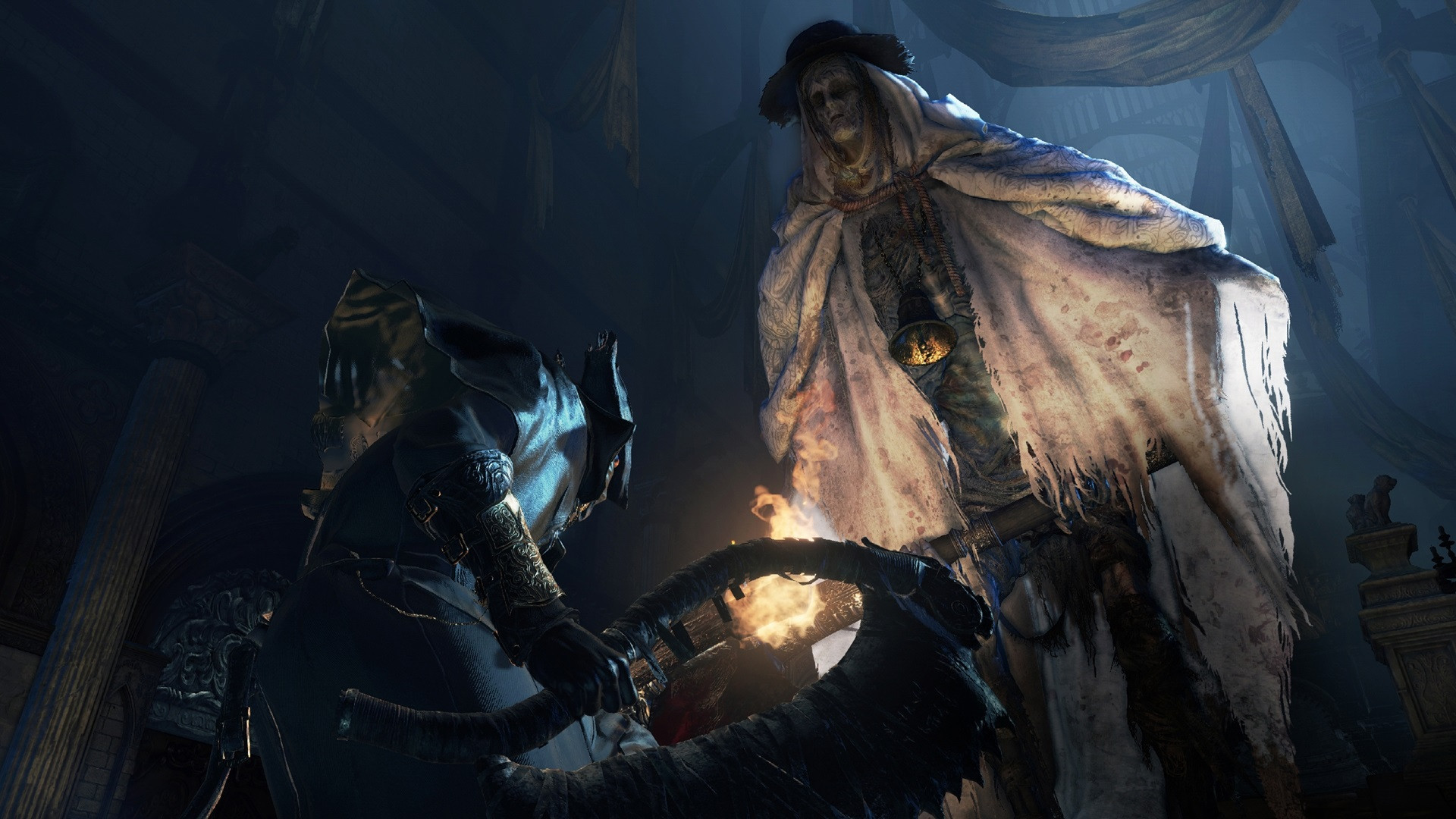 My two favourite things about Buttborne are level design and core combat. It pretty much has to be, since exploring levels and fighting enemies is about 90% of what you'll do in the game. I can't comment on the actual RPG elements, since I'm not familiar with the genre (Zelda doesn't count, Horizon is a huge stretch at best). You have builds and levels and attributes, all things I try not to spend too much time on because they don't interest me. For this reason, I still don't think the game has managed to get me into RPGs outside of From's efforts.

I want more open ended games to take inspiration from either this or Hitman when it comes to level design. Environments actually look distinct from each other, exploration is exciting, nothing ever takes too long. By comparison, the open worlds we're currently being bombarded with don't measure up.

Enemy variety is pretty damn great so far, and might be the primary thing that eventually got me hooked. It'll never not be exciting to see a new enemy in this game, trying to figure out the best strategy to deal with them. I thought that one fire guy was almost impossible to fight, until I figured out that I could easily get behind him and stab him in the assbutt. Aside from behaving differently, enemies look distinct too. Some are pretty much human, while others are disgusting abominations. Castlevania: Symphony of the Night had a similar quality to it.

The art direction is pretty great. Every location is full of detail. The gothic architecture is spot on and looks fantastic against the red sky early on. Unfortunately, this is the only really good use of contrast I've seen in the game yet. The sky is not really what I'm been looking at while playing, and a lot of the ground area is very dark. This game is a bit too obsessed with black and grey, like it was designed by the Lego version of Batman, to the point where it can be hard to see enemies right in front of me. Sound design is worse. The lack of variety in simple noises like footsteps and breaking pots really distracts from the atmosphere in a game that usually has no music. I find it super weird that From apparently couldn't do better than this.

I feel the game could've done with an extra layer of polish overall. None of the character animations ever react to the environments in ways that feel right, and dead enemies flail around like they have no weight to them. Getting stuck on the environment is a big problem too. Every solid object is either easily breakable or easily able to get your ass viciously kicked by even the most basic enemies. This combined with a couple of invisible walls has been the most common cause of death for me so far, which isn't great. Bloodborne is full of these rough edges that feel out of place in what's supposed to be a Sony funded, big budget exclusive.

My last negative is something that could change later on, but I have to say that the bosses have been a low point of the game. This game has such a fucking weird idea of what a boss fight should be. They are nothing like the rest of the game. Nothing you learn about the combat in general seems to be relevant against a boss, so they don't feel like a test of your abilities like how it is in most games. They demand much more aggression, which feels terrible in a game with limited stamina. Every other enemy I've fought so far has encouraged caution. My most succesful runs are always the ones where I have the most patience and let the enemies attack first, while the best overall boss strategy I know is "dodge forward", something I'd never have any reason to do otherwise. If you can dodge a wrench, you can dodge a boss. Being aggressive towards regular enemies is a pointless risk, like telling a dirty joke to someone you only kinda know, while careful planning against bosses never works out for me. It's ridiculous that I can struggle with the second boss to the point of pratically giving up and summoning another player, then easily figure out how to kill a giant enemy shortly afterwards. There's a massive divide between these two parts of the game, and I've found it hard to get used to. I don't think it works very well.

As I continue, I'll probably come to like Bloodborne more rather than less. It has its bloody hooks in me, and while I don't think it'll ever be my favourite game, I'll probably look into From Software's other titles when I'm done with it. Can't wait to have my nipples twisted until they pop off!