Back in the early 1990’s, I think my first console was actually the Sega Genesis. My uncle had an SNES, and my cousins had an SNES, but I had a Genesis for some reason. I only had two or three games on the console, one of them Sonic pinball. For some reason, I didn’t get any more games after that.

Instead, I asked my parent to buy me the Nintendo console and never looked back. Simply, having multiple family members with the same console meant we can share the same games.

When I first joined Destructoid, I was in the middle of a personal quest to review all of the best SNES games that I did not play before. In essence, to review the SNES through reviewing its library. After finishing that review series, I decided I would do a similar one for the Genesis; a console I did not give enough of a chance before. 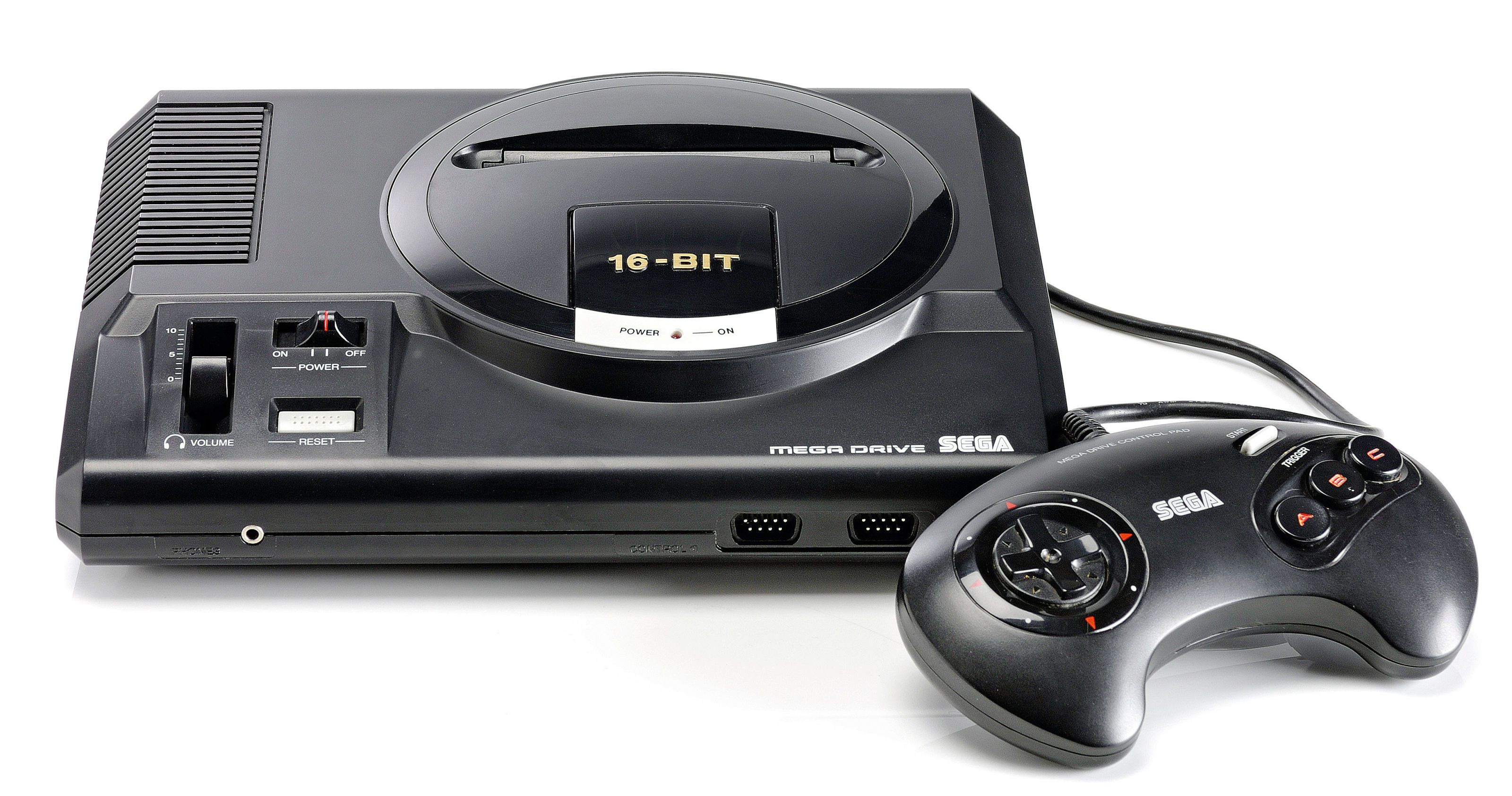 The console design was never the best, and thost gamepads were terrible 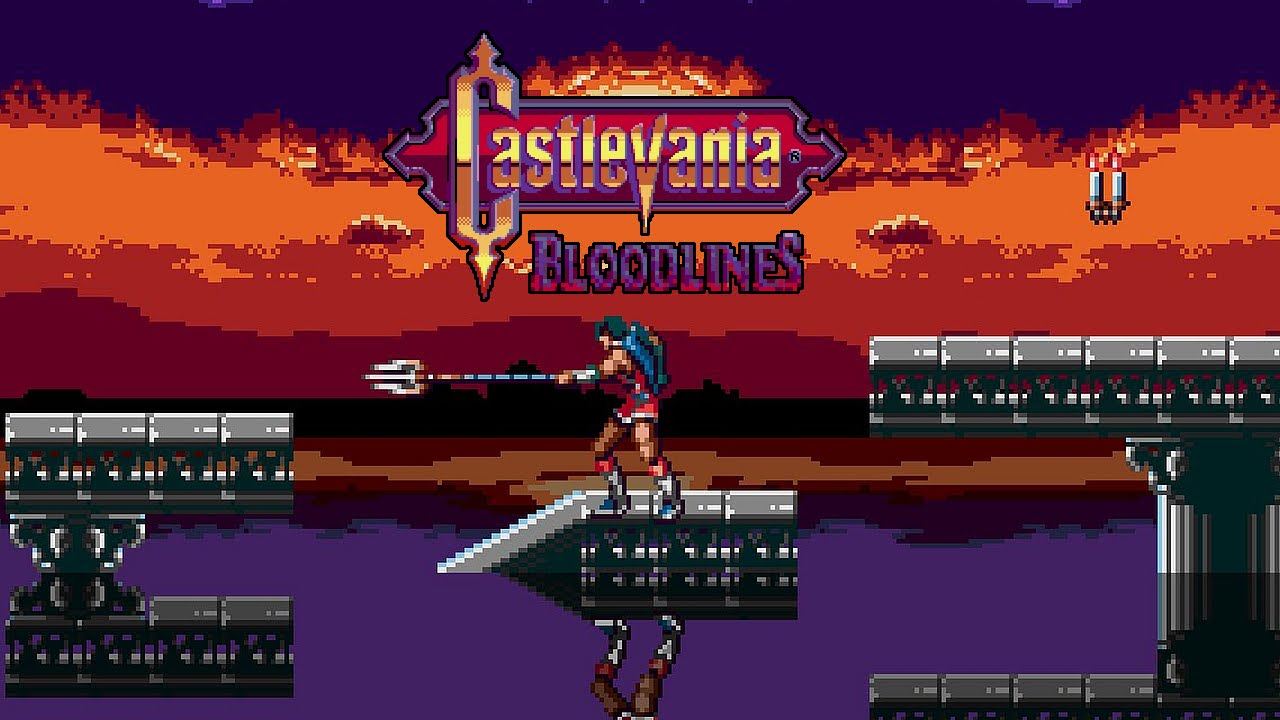 This will forever look good

You will find that the Genesis and the SNES share a number of strengths and weaknesses; the biggest shared strength being the fact that both consoles continued pushing the limits of 2D graphics for 16bit games.

Unlike the early polygonal models of the generation after it, the 2D sprites and backgrounds of the fourth generation held up really well. That’s why the majority of the good games on either system still hold up to this day.

They are simply not an assault on your eyes, but look great both now and for their time.

I like the 16bit midi music. The Genesis’s sound chip was very different from the SNES, and that meant its sounds while similar in some way, was widely different in others. Decidedly more chip-tune than Nintendo’s console, the Genesis had some unique sounds.

This culminated in the soundtrack for Sonic 2, but also other games like Ecco: The Tides of Time and Phantasy Star IV.

True, the Genesis library did not have any soundtracks that in my opinion could rival the likes of Final Fantasy VI, Chrono Trigger, and Donkey Kong Country. However, its sound was nevertheless a unique strength in some ways.

One aspect that I think the Genesis was superior to the SNES is in its arcade ports. I simply did not care much for the arcade ports on the SNES, but they more or less worked to a better degree on the Genesis.

While I think that Arcade ports are generally not the best games on the console, some people really like those games. In fact, many of the Genesis games cater to that arcade mentality, with a focus on the mastery of limited content rather than having longer and more elaborate games.

Like with the SNES, the cartridges of the day meant there was a hard limit to the games on the system. Everything in the game consumed some of that finite memory space, and that had cascading effects on all aspects of game design.

Generally, games had to decided between length and spectacle. Translations from Japanese text was fraught with memory concerns. Content was cut due to space considerations.

Sega actually tried to address that by releasing the lock-on cartridges. Basically, physical expansions that locked into the cartridge of choice; expanding its scope. However, the costs were prohibitive for most people and memory remained a concern for the duration of the console’s lifespan.

Wait a minute, didn’t I just put this in as one of the console’s strengths?

The Genesis’s sound design was a double-edged sword, capable of both creating great tunes and some tracks that could be used as enhanced interrogation techniques. Seriously, the number of games with terribly grating sound nearly equals those with great soundtracks.

However, its not only the fact that you could make some abominable music that’s the problem, but also that unless composers were specifically talented, the soundtrack would all muddle into each other with little to no distinction between the various tracks. 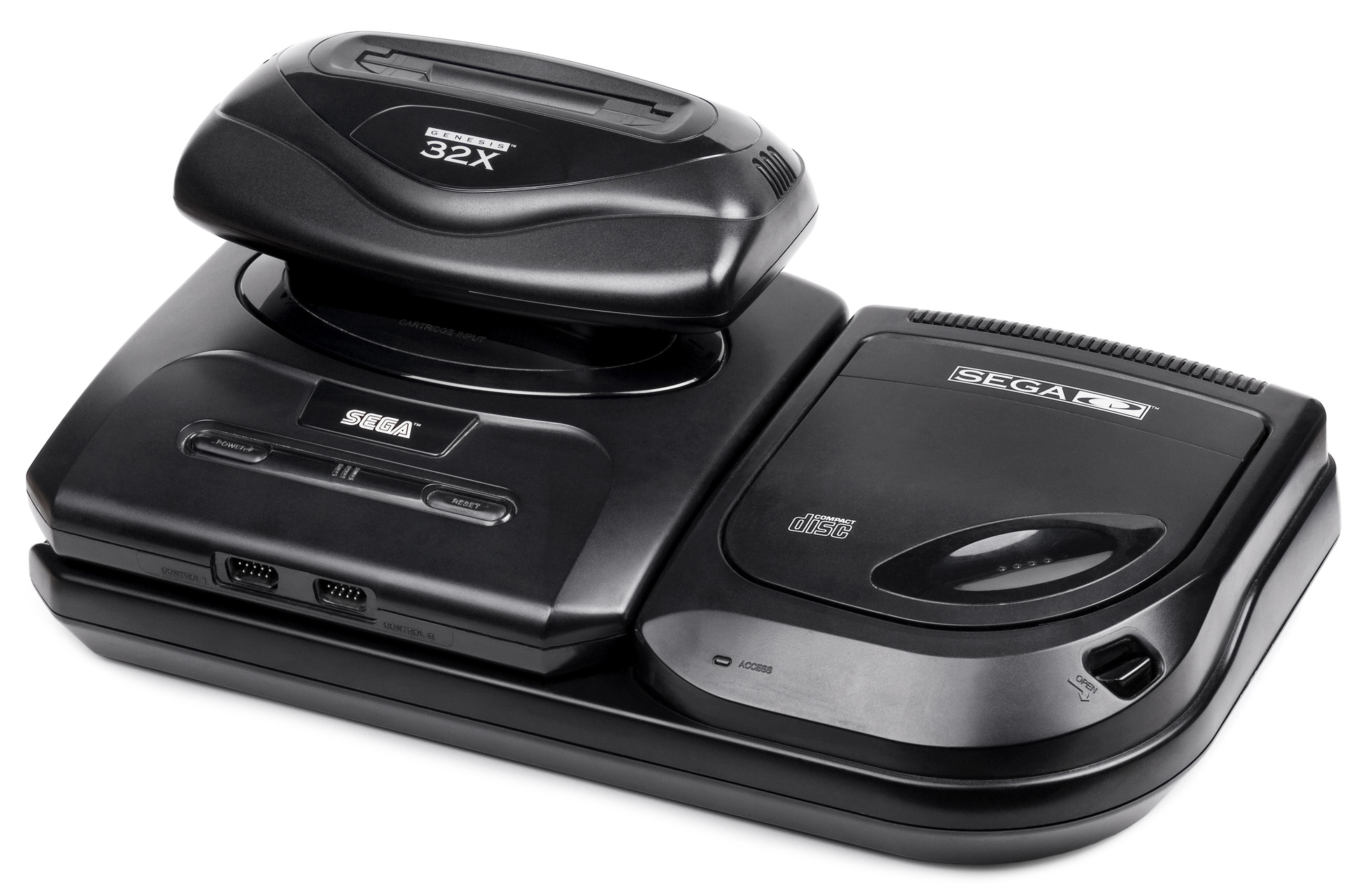 That's a lot of add-ons with limited use

In its competition with the SNES, Sega were almost desperate in the way they wanted to add further power to the Genesis. This culminated in the release of two add-ons to the system, the Sega CD and Sega 32X. Two add-ons that basically split the console’s install base and, in many ways, ruined Sega’s reputation.

Envisioned as a stop-gap to the Sega Saturn, these two add-ons were confusing to customers, having little of value in regards to original games, and ultimately sold miserably.

Perhaps less a weakness to the Genesis and more to Sega itself. The legacy of these add-on is a contribution to the failure of the Saturn.

You cannot claim that 3rd party support wasn’t available on the Genesis. However, you can claim that 3rd parties kept their A game on the SNES. Generally, ports were ok, but the best games of the generation from Capcom, Squaresoft, Enix, and others have skipped Sega’s console.

Only early on did the Genesis have some strong 3rd party support, but by the end of the console’s lifespan they were singlehandedly carrying it on their back.

That is something that Nintnedo will end up doing in the future.

It’s fascinating to see how two 16it consoles basically ended up catering to the same audience, but also having some differentiating factors. These three genres were generally the best represented (in quantity and quality) on the Genesis:

Sega knew that the battle was to be won on the schoolyards and in what kids wanted for Christmas. Which is why they needed to counteract Nintendo’s mastery of the genre by creating their own mascot platformer; Sonic the Hedgehog.

Outside of Sonic, there weren’t that many great platformers, but there was of course a great number of them.

The action genre can be divided into three sub genres on the Genesis, all of which were represented well.

Beat ‘em Ups were never my cup of tea, but games like Streets of Rage and Comix Zone are heavily lauded by fans of the genre.

Run & Gun and Action Platformers are ore my style, which is why I enjoyed the Ninja Gaiden series (the last game only), Catlevania: Bloodlines, and of course the two best Run & Gun games on the 16bit era: Gunstar Heroes and Contra: Hard Corps. 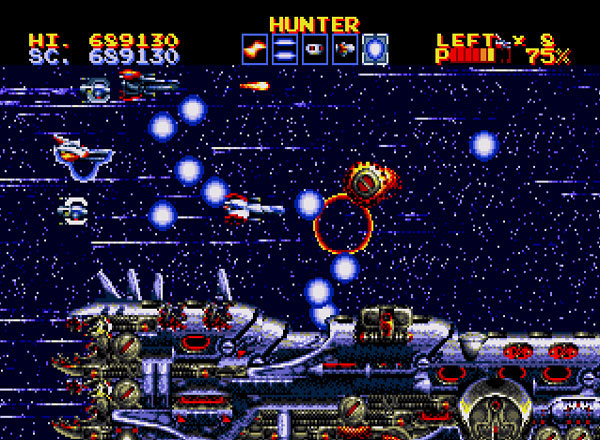 I am not one who mastered this complex genre

Another genre that I am not too fond off (mostly because I am not that good in it), but that shines here especially due to the quality arcade ports.

Shmups are basically the scrolling shooters (or Shoot ‘em Up) games that go from slower paced affairs to full on Bullet Hell games. The Genesis’s unique sound was especially appreciated on those games.

It goes without saying that the platform holder is usually one of the top publishers as well. However, in this case its more notable due to the fact that Sega basically single handedly carried the console by itself. Nearly every major game was either developed by Sega or at least published by them.

Desperate for more games to counter the SNES dominance with, Sega published games from a myriad of developers, hitting every genre. Many of those game would go on to become iconic franchises for Sega, but a lot of them have just disappeared with time.

Of the iconic franchises, Sega themselves worked in developing Sonic, Shinobi, and Phantasy Star. But they also published the Shining Force games, Ecco the Dolphin, and all the game developed by Treasure. 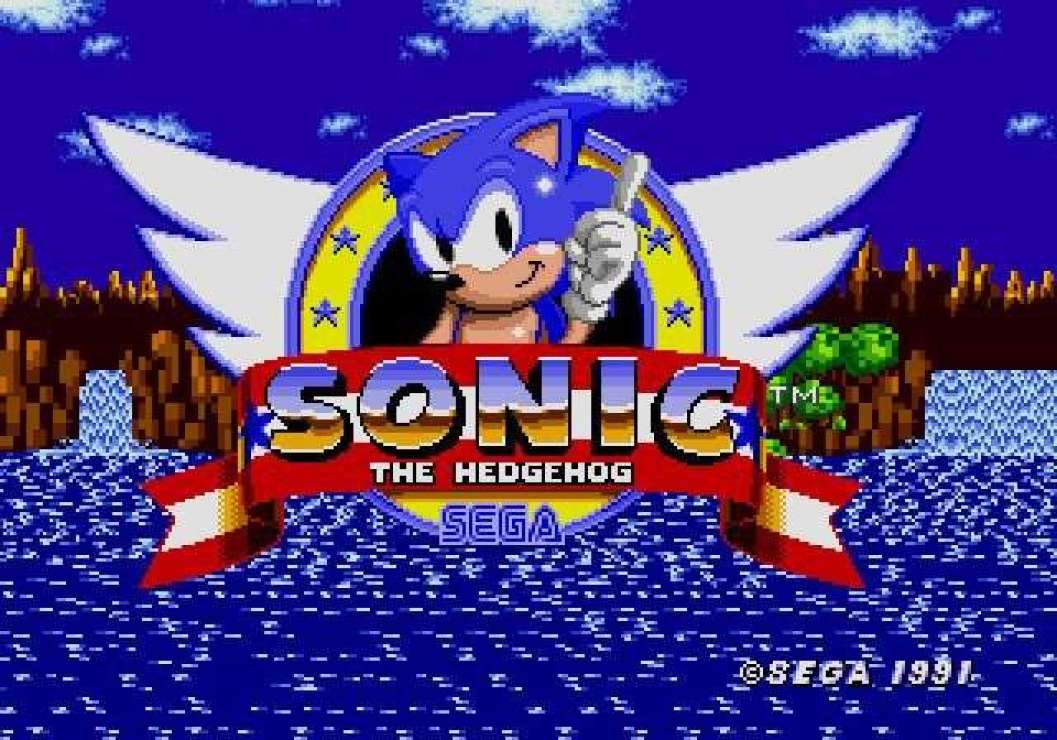 Sonic taught Mario how to carry a console on his back

Of the legendary Japanese developers of the day, Konami were the only ones to bring their A game to the Genesis. During the 16bit era, it seemed that for every title Konami made for the SNES, they made a similar title (but different) for the Genesis.

It can’t be said that Capcom practically did their best for the Genesis. They were almost forced by Sega to delay a planned Street Fighter II release in order to put in some of the features they were adding for the SNES, and the final version of the game didn’t live up to the legendary status of the game.

Otherwise, they made some really good Arcade ports, such as the port for Strider and Ghouls ‘n Ghosts. 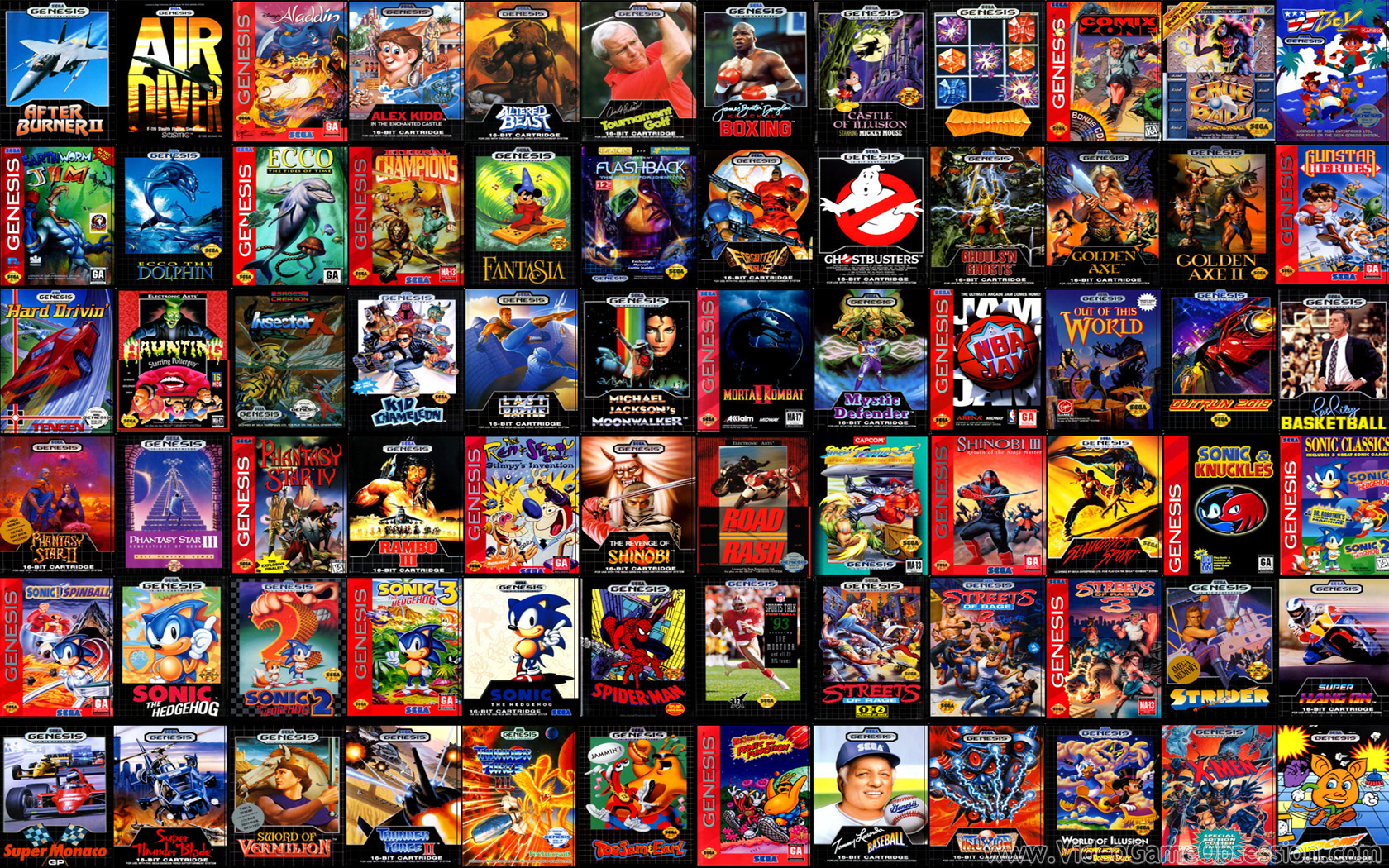 Most of these games are not worth your time, but some are real gems

The 16bit generation will always be remembered for the console war between the SNES and the Genesis. This mostly services the Genesis legacy though, as it benefits greatly from its comparison with the giant that is the SNES.

Otherwise, a great number of the Genesis titles are seriously dated today, with many of them not worth the tie and effort to play them.

However, there is still a small number of titles that truly aged well, and those showcases what the Genesis was truly capable off. Those games are still worth playing today.