Now that I completed my Genesis Reviews series (playing around 33 Genesis games), it’s time to make a top 10 list of all the Genesis games. In my opinion, any console with 10 must play games is worth owning. That number of great games would justify the price of the console by itself (unless it’s the bloody expensive 3DO or original run PS3).

That’s not to say that all games in this list are “must plays” though, but all of them are worth playing indeed.

Unlike with the SNES, I didn’t play many Genesis games before. As such, nearly all of the games on this list are from my reviews series. Note that the list is in alphabetical order.

Let’s start with one of the best action games of the 16bit era. Bloodlines is really only competing with Super Castlevania IV for that title, but it has two protagonists instead of one. While I may have exaggerated my admiration for the game in my review (its my highest reviewed Genesis game), I only did that because the game impressed me so damn much.

As one of the best examples of the classic Castlevania formula, Bloodlines basically has all the tried and true gameplay of the series wrapped around one of its best looking and sounding entries. All levels look excellent, and no matter how you try, the soundtrack will keep sounding in your brain.

With two different characters to play with, it only gives you another reason to play the game again, and that’s never a bad thing. 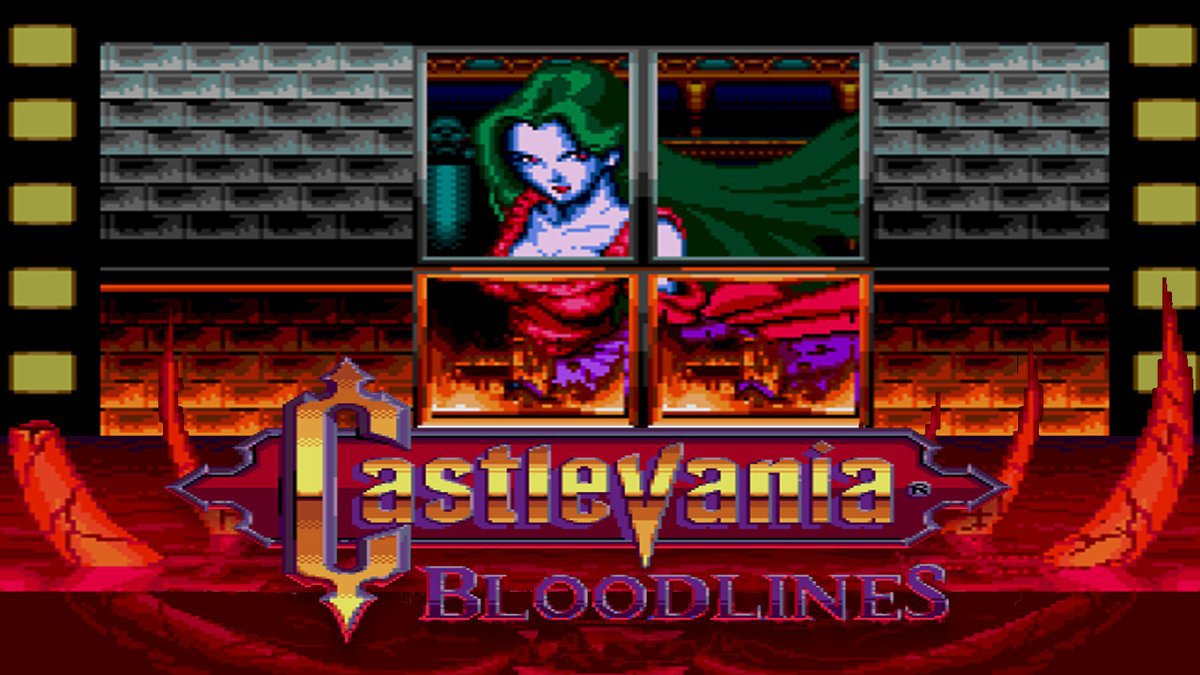 With Contra: Hard Corps, Konami did it again after the excellent Castlevania. It’s funny how with Castlevania, one of the biggest draws was the second character, and with Hard Corps Konami offers four to choose from.

That’s actually the reason why the game is so good. You get the classic Contra Run & Gun game, but with four distinct characters. Even the story expects you to play the game more than once to try out each character, as it provides branching paths that expand the scope beyond what any other Contra game did before.

The only question is if its worth playing four times, and the answer is a most certain yes. Contra: Hard Corps is arguably the best Run & Gun game on the Genesis; the extra characters and branching story only adds to that distinction. 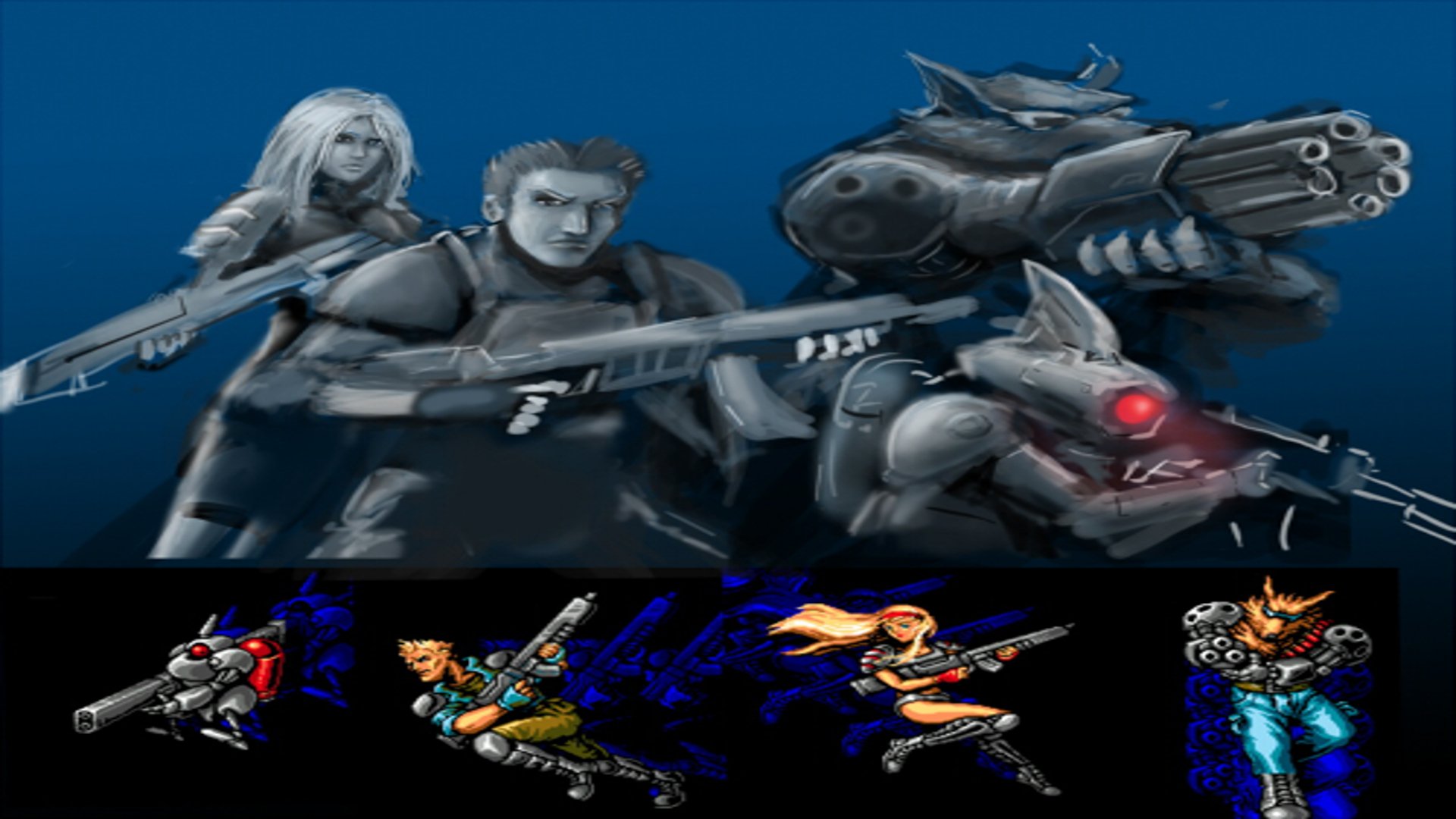 Usually, in my top 10 lists, one game sticks out as a weird choice that very few actually played. On the SNES it was Terranigma, and Crusader of Centy  (published by Atlus!) is the Terranigma of the Genesis.

It’s a game that is inspired by both A Link to the Past and the Quintet games (the devs who made Terranigma). An Action Adventure game that combines exploration, light puzzle-solving, and good combat to provide a well-rounded experience.

While Crusader of Centy never reaches the height of the games that inspired it, it makes up for its lack of polish with a lot of charm and a surprisingly good story. It’s one of the first games that questions the general tropes of gaming, and one that is unafraid of subverting your expectations. 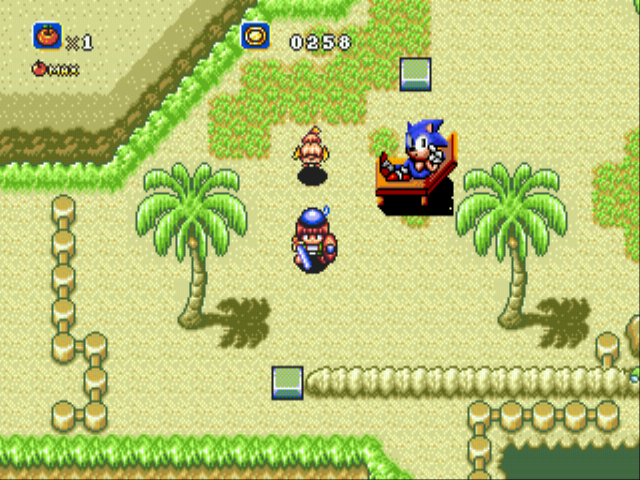 Ecco: The Tides of Time:

Only in the 16bit era would a game about an anatomically correct dolphin saving the universe from an alien menace be part of a top 10 list. In both its gameplay and presentation, Ecco was a weird game that was never imitated.

While it must be said that its also a difficult game, the fact that very few games until recently have managed to make 2D swimming so fast and responsive is a testament to its technical merit. Here was a game that is unafraid to be swimming against the current.

Of course, it didn’t hurt that it has one of the best soundtracks on the Genesis and some great visuals as well. Maybe if the ocean was bigger, Ecco would be lost among the tides. But by itself, swimming bravely alone, it is one Genesis game that cannot be ignored. 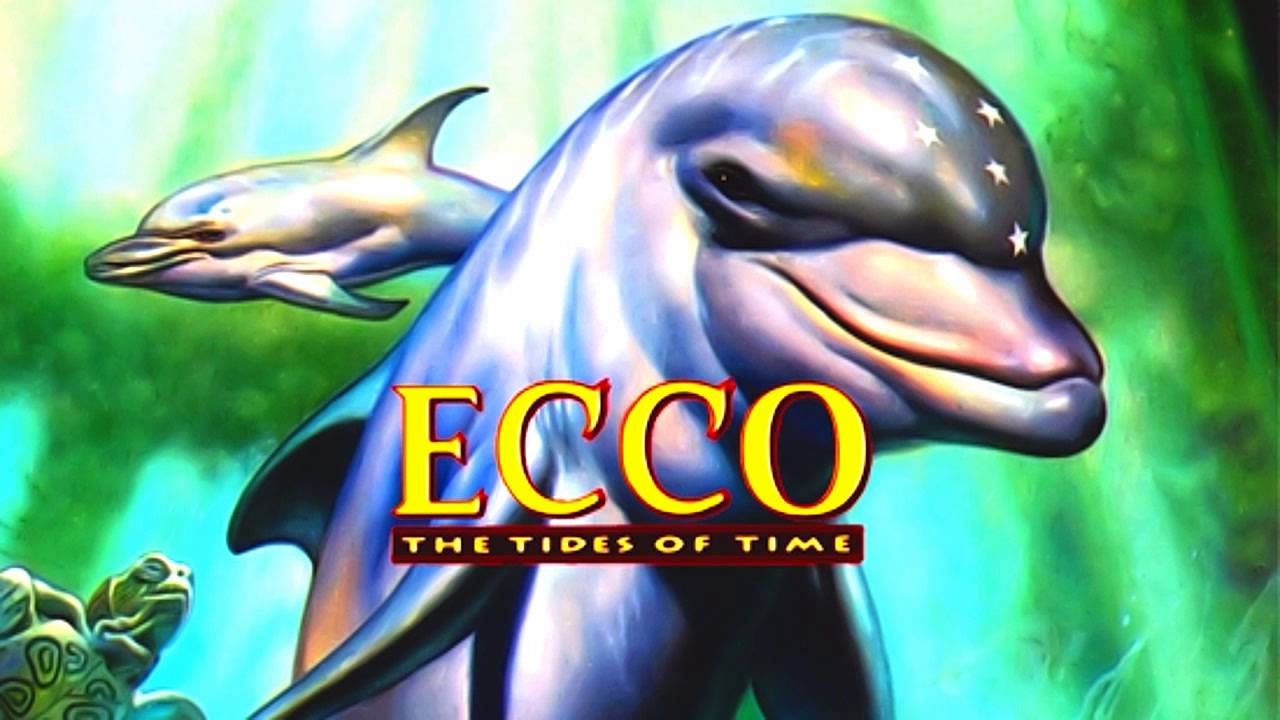 The only reason that Contra: Hard Corps is only “arguably” the best Run & Gun game on the Genesis is that Gunstar Heroes provides the counter argument. While content-wise Hard Corps has an edge over Gunstar Heroes, mechanically it has no chance.

Simply put, there were no Run & Gun games that allowed you to play in such an aggressive manner, sliding and kicking your way through the hordes of enemy forces. As one of the Gunstar Heroes, you can not only shoot your gun like in a bullet hill, but can also decend on them with melee attacks worth of a Beat ‘em Up.

Gunstar Heroes basically cemented its developer, Treasure, in the hearts of gamers far and wide. I still can’t decide which is the better Run & Gun game, but I am sure most people actually prefer this one. 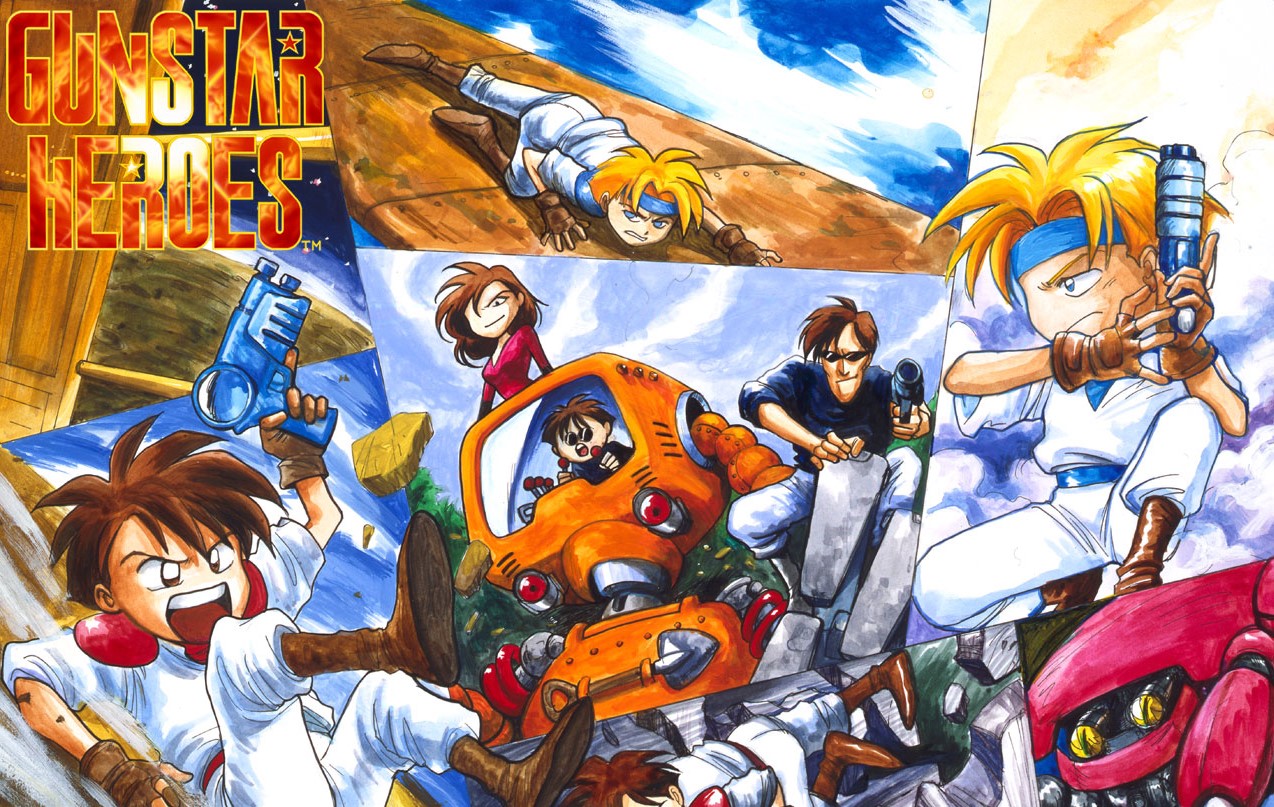 Of the two games that can be said to be the Genesis answer to The Legend of Zelda, Landstalker is the only one starring a blonde elf, and it is really nothing like Zelda. I don’t know why Nigel is actually an elf, as no other character even acknowledges that.

Anyways, Landstalker is a unique and fun Action Adventure game that is surprising for actually having a decent and funny story in the 16bit era. Seriously, this is a game that actually managed to make me laugh several time.

The game is played in a isometric view, and that works in combat and puzzle solving. However, some of the game’s platforming sections are a pain to navigate owing the limited depth perception. It’s telling of Landstalker’s other qualities that such a killer flaw does not detract too much of the game. 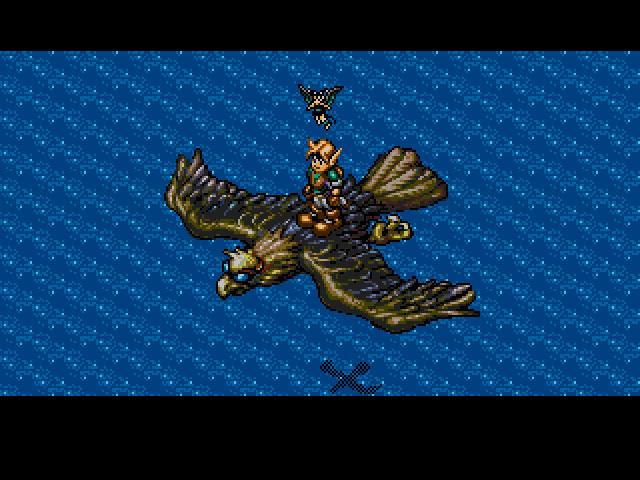 Even though the blood and violence have no real effect on the gameplay, a Mortal Kombat game wouldn’t be the same without it. Of course, the gameplay needs to be good in the first place.

While the first two Mortal Kombat games relied too heavily on the digitized sprites and violence gimmicks, MK3 finally had the series develop actual depth to its mechanics. 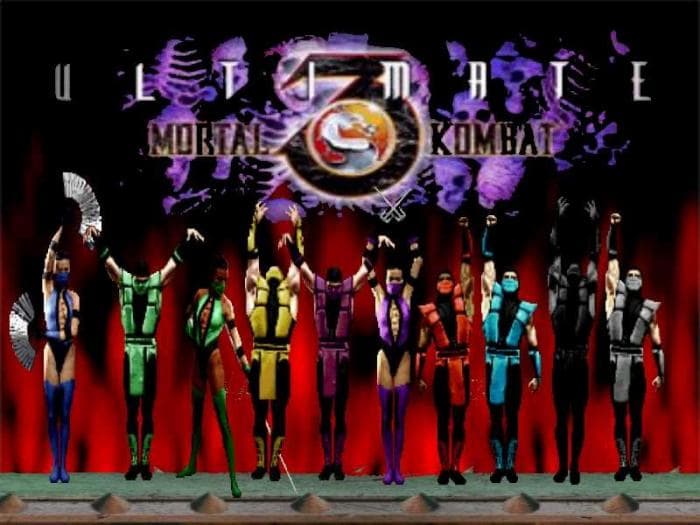 Phantasy Star IV: The End of the Millennium:

Unlike the SNES, the Genesis did not have many great RPGs in its library. As such, it would be a disservice to Phantasy Star IV to compare it to other RPGs on the console. Instead, its worthy to be compared to the SNES’s best.

While PSIV does not rise to the level of Squaresoft’s best titles, its one heck of a good RPG. Massively improving over the gameplay of PSII and PSIII, this fourth entry in the franchise finally realizes the space sprawling epic nature of the franchise.

Even though the gameplay is simplistic and lacks depth, the story more than makes up for it. Its actually a pretty decent plot. However, what elevates it over its peers is the comic book style “cut-scenes” that preluded the lengthy scenes of today. 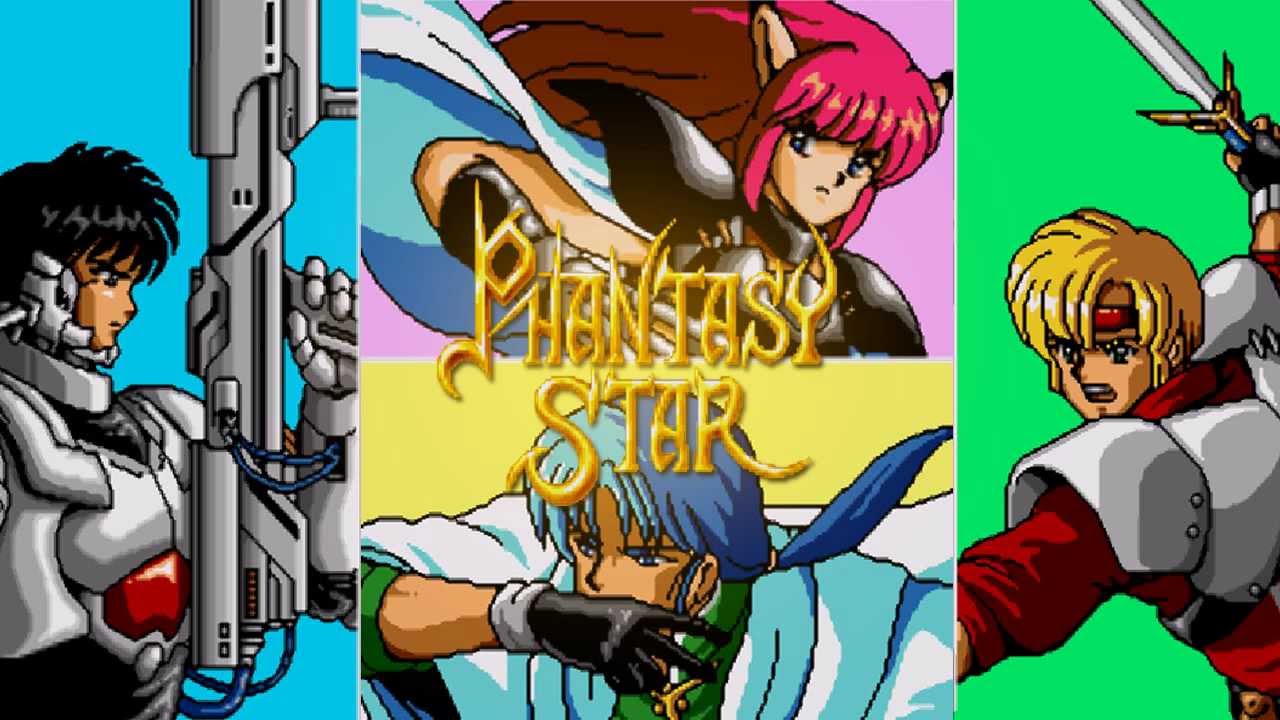 The reason I usually use alphabetical order in my lists is because I have trouble actually making a numbered list. I never know which game is my favorite, which one is seventh, and which is “only” tenth. However, if I ever do a numbered top 10 list for the Genesis, then Shining Force II is a clear number one game.

For one thing, it is the only top Genesis game that doesn’t have a counterpart on the SNES. As the best SRPG of the 16bit era, it provides several levels of excellent strategy gameplay with a variety of characters and classes.

Even though the story may be a little basic, the world design and characters add their own personality to the mix. Better yet, I would say that the game aged really well and still holds up today. Worst thing about it is that it makes me wish Camelot Software would be able to get a crack at the series again. 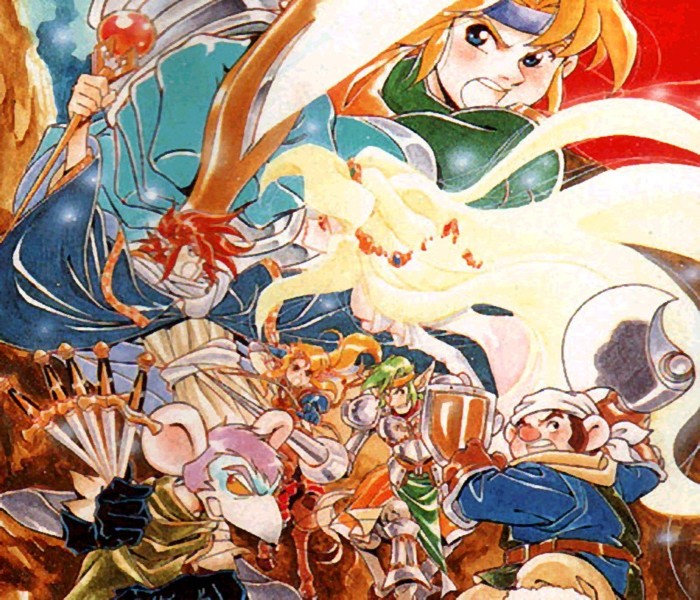 Basically the mascot Sega needed to compete with Nintendo, Sonic was a game that Sega always needed to be a must-have for the console. The first game showed a glimpse of that potential, but in my opinion ultimately fell short.

With the second game, Sonic defined its style in both gameplay and design. You see the iconic style of all the Sonic games today (Even the terrible ones); those were probably design ques taken from Sonic 2.

However, it’s in its gameplay that Sonic truly differentiated itself from other mascot platformers. Generally, the game is short. However, each level is a labyrinth with different pathways to victory. Yet, exploration is not the aim. Rather, it is finding the best route and mastering the game’s mechanics to control Sonic at the speed only he is capable off.

The base Sonic the Hedgehog 3 is not as good as the second game in my opinion. However, if you add the Knuckles add-on, it becomes debatable which is the better game. Still, I would always say that Sonic 2 is the more important one.

Other than these games, I actually struggled to come up with a top 10 list. However, special mention goes to these game which missed the spot: