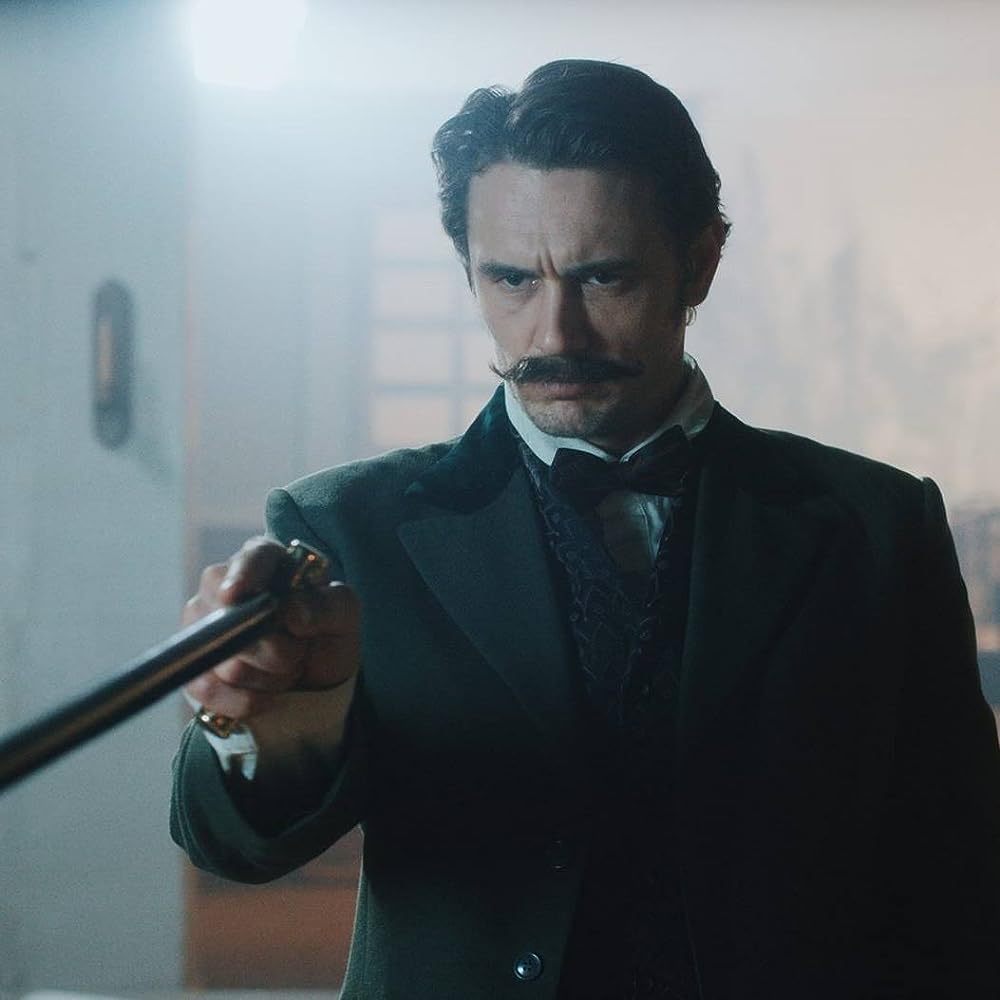 This whale took a large bite out of any preconceptions I had.

The Mad Whale (2017) is a James Franco movie that went under the radar. It is not surprising that The Disaster Artist eclipsed it. 2017 must have been a year where they explored mental diseases as many of the films Franco worked on include institutions and people with mental diseases. The Mad Whale is historical fiction piece taking place in the late 1800s. Isabel Wallace, a woman that gets committed to a women’s mental asylum by her husband. She claims she is not insane, but cannot get any representation due to the fact her husband is a well-respected minister. She finds herself under the care of a new administrator, Dr. Benjamin Calhoun, at the asylum that is trying a new program to help the patients by having them take part in a theatrical production of Herman Melville's 'Moby Dick.'

Right off the bat I will have to say that anyone that is specifically watching this film to see James Franco will probably be somewhat disappointed. He plays an important role that is part of the most pivotal point of the second part of the film, as he is the elusive theater producer… very similar to Orson Welles role in The Third Man.

The audience gets a clear view of the world from Isabel Wallace Camilla Belle, does a great job playing as Isabel Wallace. As she is introduced to the wide ensemble cast of characters in the asylum. This film has a great mix of light and dark elements that shock and sooth nerves… Though sometimes they can get a little light handed right before the next heart-wrenching scene.

What makes this film great is that the dynamic narrative is constantly developing characters right in front of you. It was great to see Dominic Rains as Dr. Benjamin Calhoun evolve from a timid schoolboy who then over the length of the film becomes an egotistical director on a power trip.

There were some genuine moments where I had to look away, because I was in horror of the things that I saw on the screen. This is not a movie that is a afraid to get into graphic detail of the things that went on in Asylums in the late 1800s… It would probably be for the best that you watch this film before taking you family with you in theaters so you can make the appropriate accommodations.

This film had a great vision and was wonderfully captured by the cinematographer Guan Xi. The lighting and shadows perfectly accented the plot of the film, so much so they were character unto themselves.

At times, the pace of the film did slow down. Which kind of caused some scenes to take a little bit longer than I personally would have preferred. But that said this film was a solid experience to be had and easily one of my favorite film experiences in a while.

I saw this at the Chandler International Film Festival in the local Alamo Drafthose Cinema. If you have one of those in your state, it would be worth the extra price of food and drinks there as it had all of the wonderful fresh high end food (that is actually worth the price) with the nice feel of an smaller indie theater that has a bit of sass.

This film has not been released nationally, but if you have a chance to see it at a local film festival I would highly recommend it. Until it gets the inevitable distribution deal… I am afraid that is the only way to see it.