Since January is coming to a close, and February is riding in on a wave of hot and spicey Oreos, my mind can't help but turn to love. Yes, even your boy VaddyZ has been clasped in the grips of it. I am a player of many shades. I was dumped less than a month after getting engaged to a girl. I was five years out of practice. I was alone in the big city without a friend by my side. I sat on a bed someone else owned in a room psych-ward bare slurping up some Ramen noodles, and my heart yearned. There was something I needed more than anything this world could offer.

And that shit was love. 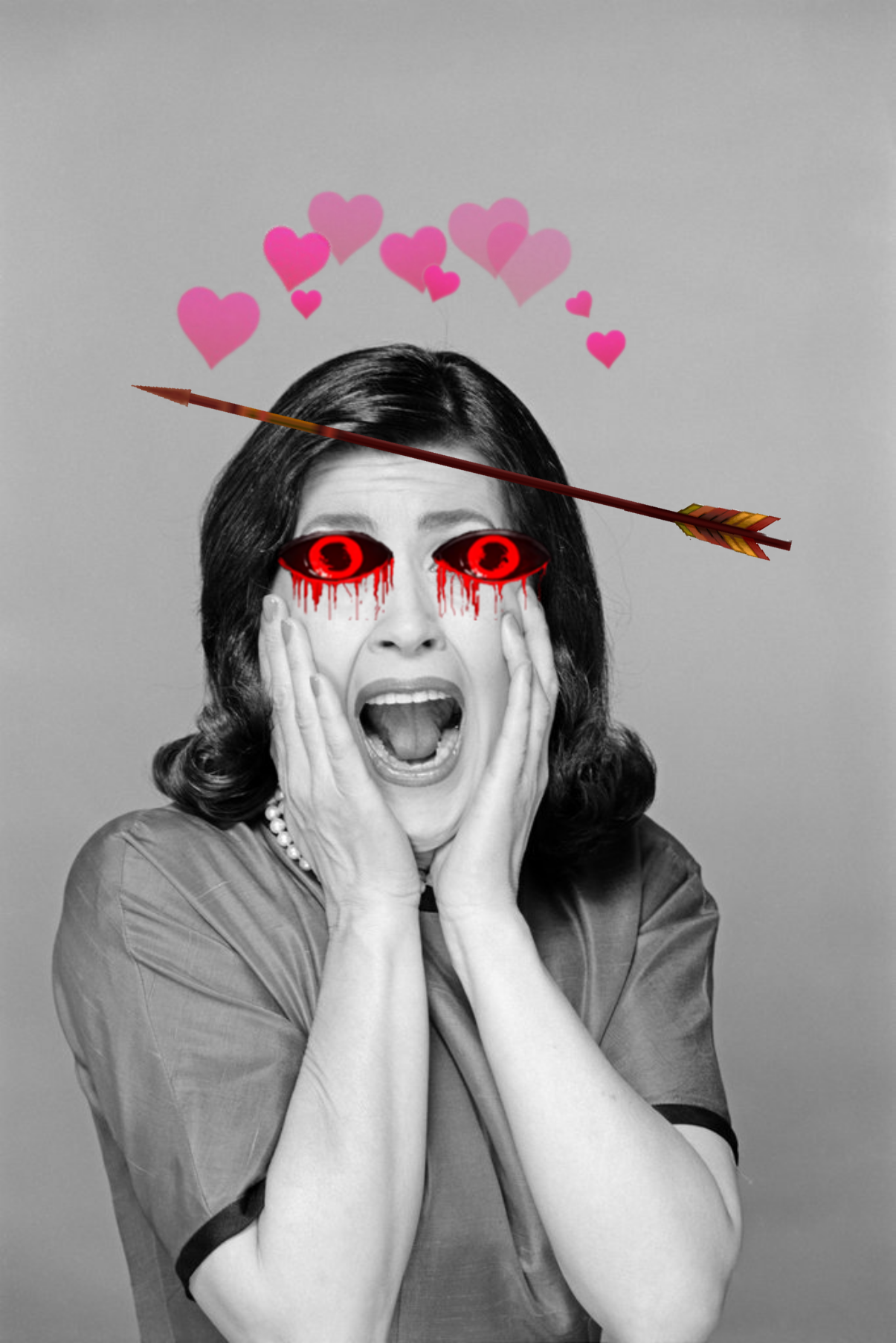 I had no console or TV, because when I tried to take them my ex starting crying, and I'm a worthless bitch who concedes everything in life. She did let me keep my bookshelves, though. They leaned half a foot and wobbled whenever I set anything on them. They were all I had to my name. Those, some books, and a handful of games.

So, I was a bored and lonely Twenty-First Century boy with a cellphone in my hands, and I decided it was time to get wet. Mad wet. At first I tried looking for prostitutes, but it's hard to know who wouldn't murder or arrest me, and I didn't want to be on a sex offender list, so I settled for the next best thing.

Already settling. I would be a dating expert in no time.

So, I loaded the OK Cupid app. What made this app more appealing than the other ones? It was free. And tacked onto all the above I was also very broke. But I wouldn't let the fact that I had no desirable qualities stop me from tracking down some fresh poon like a hound on the hunt. A lack of Xbox meant TheVadMaster360 was a desperate dog.

I wasn't sure if OK Cupid referred to a plea to the heavens, all, "Okay Cupid. Do your thing. Get me some tail. Don't let me down, you little prick. I need this." Or if it was more of a Cupid that was just all right. Like, "Yeah, Cupid, you got a lazy eye and that Michael J Fox shake going on, but I'm sure you'll hit something." Either way I was positive it would be more than I deserved. 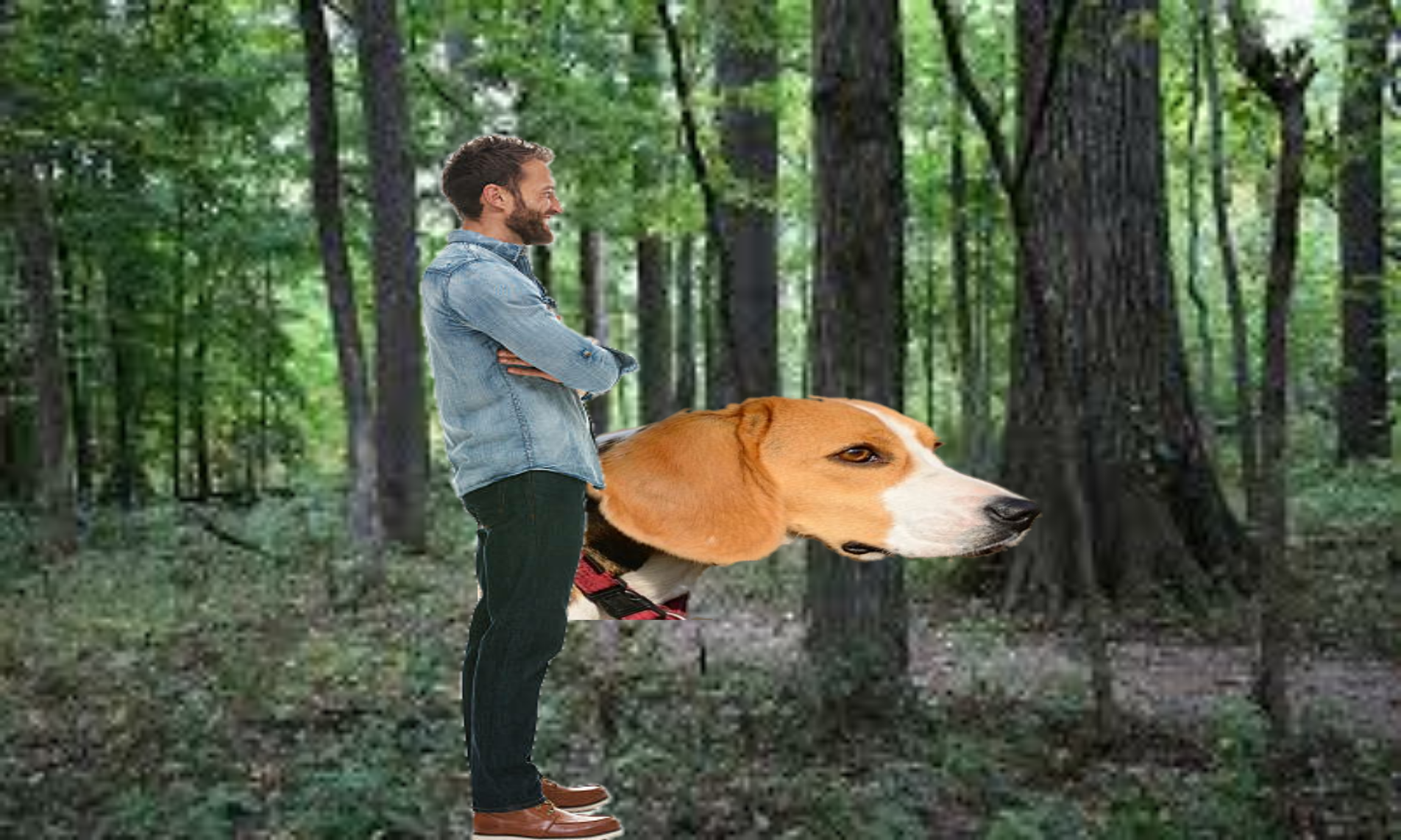 The first girl who talked to me told me I was "an interesting specimen," and that sprung me harder than I'd been in weeks. She really liked me. She was in and down and ready to roll. So, I tried to be cool and suave, and I don't remember anything I said. But it was great. I caught her on my dick hook, and I was reeling the fish in.

She lived kind of far away, so while we planned a meeting we talked on the phone. I learned that she was epileptic, but that didn't stop her from playing hunting games on her phone. She had her priorities in order. Once while she was playing the game she told me she felt weird, then that she was going to have a seizure, and then I spent twenty minutes listening to her having a seizure over the phone before falling asleep. It was weird. She was in the bathroom for some reason and fucked up her shower curtain.

Her cat also had giant balls. She told me about them a lot. Like enough that I could form a mental image of the cat struggling to kick his way onto a couch, because the two beige balloons between his knees constantly kept his legs bowed. I once told her to make sure her cat didn't sit on her face. 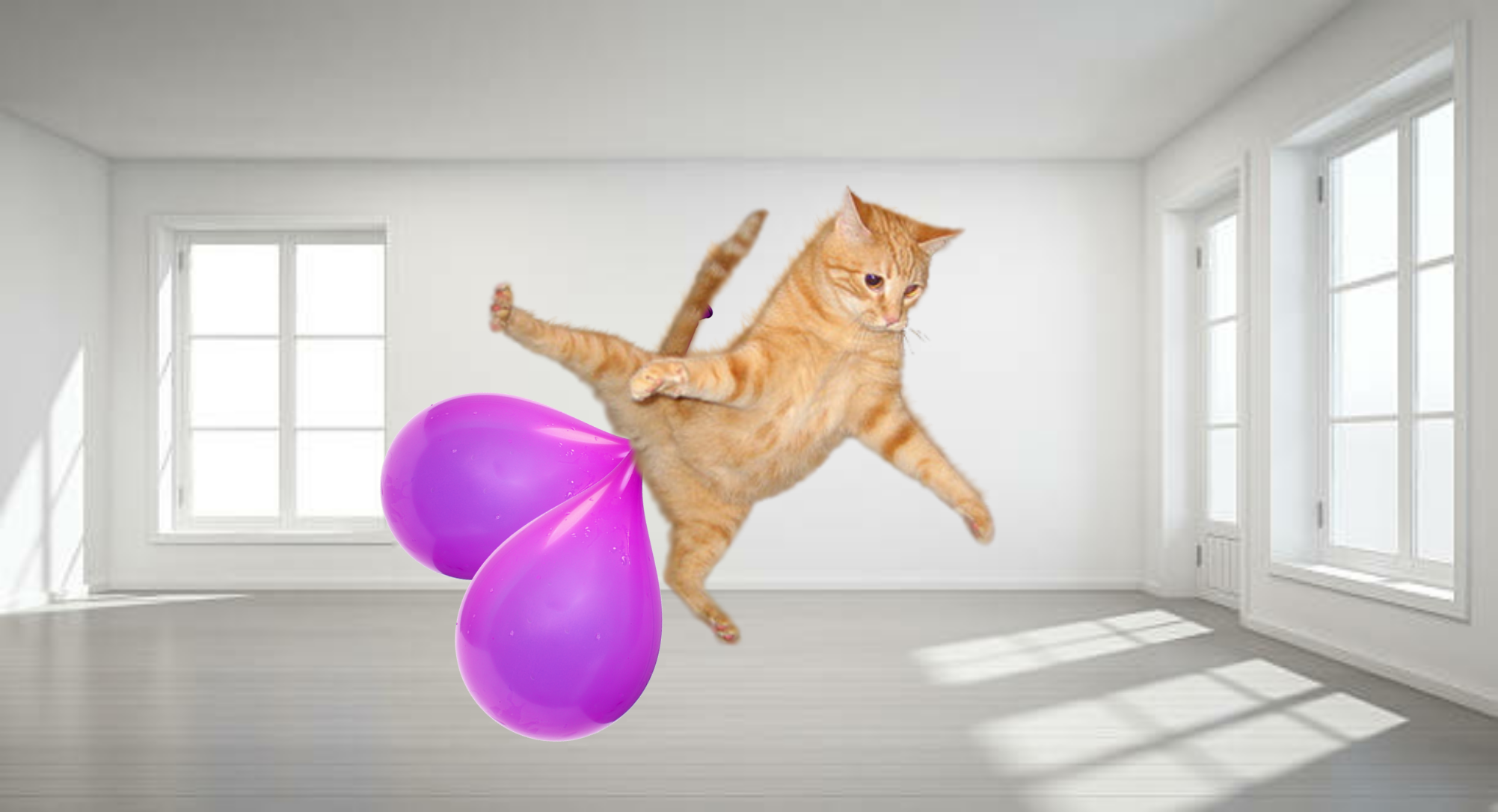 We eventually met up. My mom had given me an Olive Garden giftcard for thirty dollars, becasue she was afraid I wasn't eating. I used it on our date, because I'm a giver. Things went well. She was jealous that I made nine dollars an hour. That made me feel superior, which gave me the confidence and charm to get her back to my room where we made out for a while, and I touched her vagina a little through the pants.

Then she went home.

We started talking about my coming down there to see her (and also to meet her cat with the giant balls), but something was a bit off. She was becoming more distant. She wasn't talking to me as much. Too busy playing the hunting video game and having seizures, I figured. But I was wrong.

The problem, as always, was me.

One night, she asked me what it was I wrote about. And there it was. My chance to rattle off the dime-store bullshit that littered my Amazon page and really impress her. I mentioned that I had written a cannibal story which a yoga instructor reviewed saying it would haunt her dreams. Pretty heavy shit.

Her response was, "Why would you write something like that? What? Have you done that? Do you want to eat people? I just don't understand. I'm worried about you."

I thought she was joking, but she went on.

"I saw the weird games you had in your room with devils and monsters on the covers. You know, those aren't games you should be playing with."

"That's not what I mean. You're playing with the other side. Look, I saw a ghost once. I was high with my ex, and we were driving through the mountains at night, and we saw a ghost. It was horrible. I'd never wish that on anyone. And you're treating it like it's nothing. There's something wrong with you."

I mean, there was something wrong with me, but this seemed unfair.

"Look," she said. "I still want to date you, but when we spend a night together I'm not letting you come to my house. We'll have to spend a night at a hotel or something like that. Somewhere public. And I'll have to make sure that everyone knows where I'm going to be."

I took this as a compliment to my animal magnetism, because how many other women would be worried that a guy would be about to kill them but still be down to fuck? When my dick breathed its stink, the women were helpless not to follow. 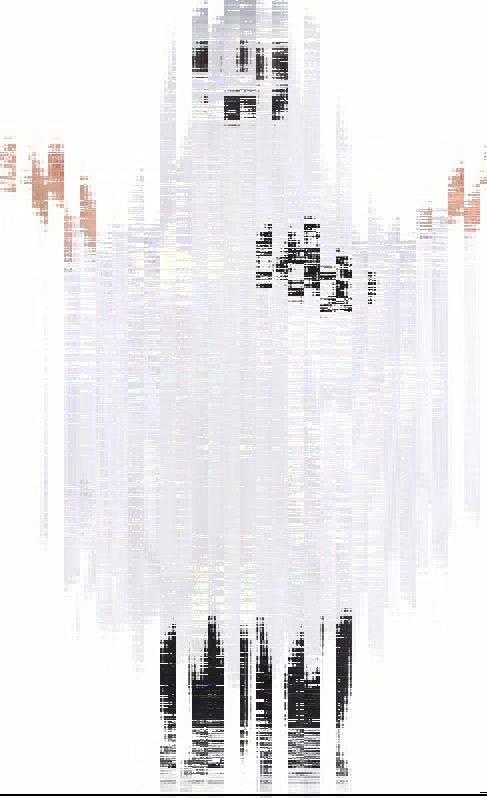 She went quiet for a few days. Then, she texted me saying that she slept with someone a month ago and didn't use protection, and she was probably pregnant.

She responded with, "Oh, you're just like everyone else. Glad to see your true colors. Is every man on earth as worthless as you? That's so shitty. Just run out on a girl the first chance you get. You make me sick."

We had been dating two weeks.

She stopped talking to me after that, but we were still friends on Facebook. I saw after a few days pictures of her with some dude who had two kids. Two weeks after that they were married.

And that's when I was sure we weren't dating, anymore.

And yeah, it was a relief to be free to sow them wild oats once more, but that meant I was for sure alone again. Sometimes relief is still a shitty feeling.

I'd never get to see that cat's giant balls.

Anyway, I spent my tax refund on a TV and a new Xbox. And it was good to play video games in my bare room. It was all right. It was very all right.

I was the OK Cupid all along, it turned out. 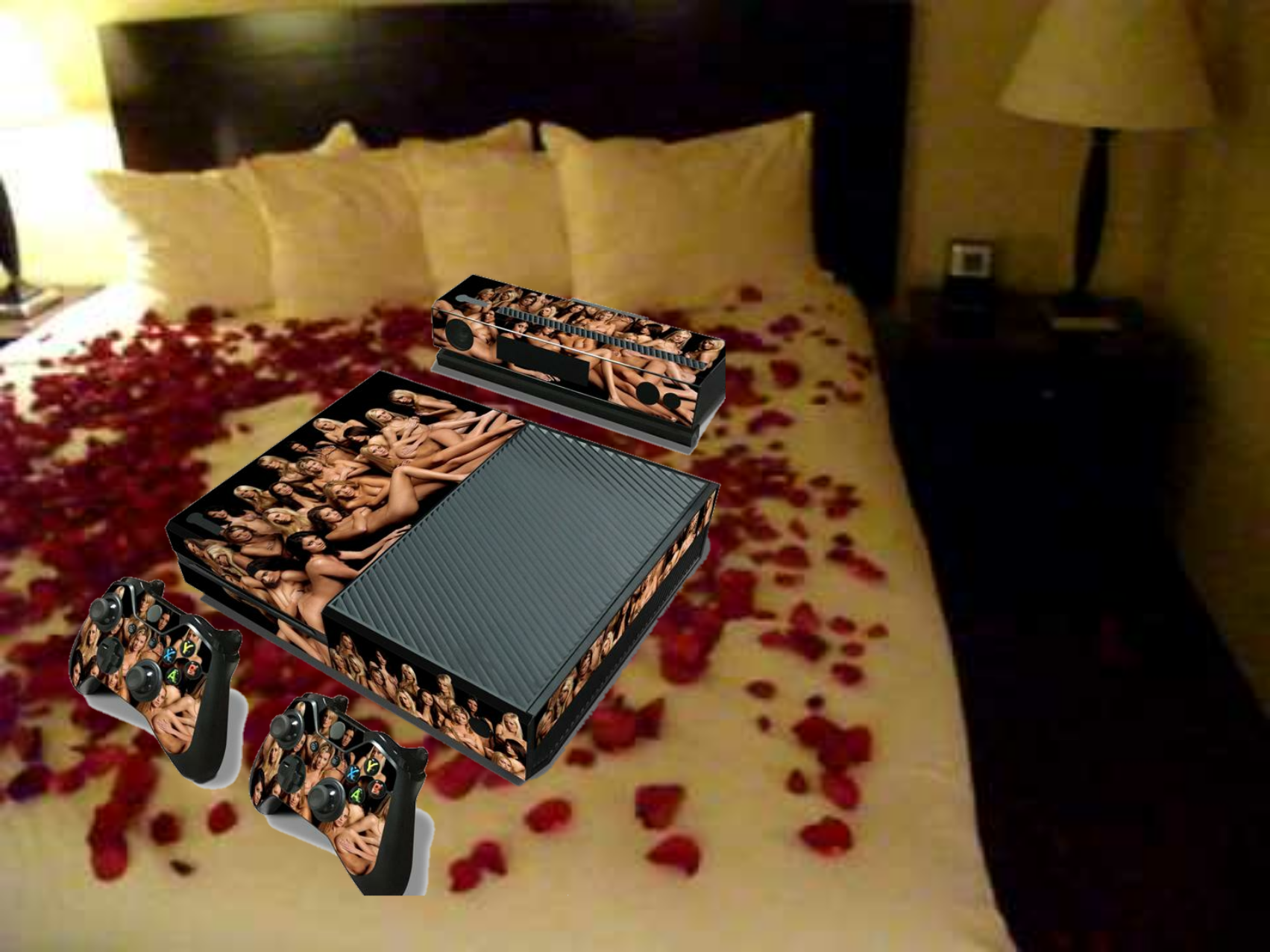 Sometimes the only things that will love you are the things you buy, and that's okay.