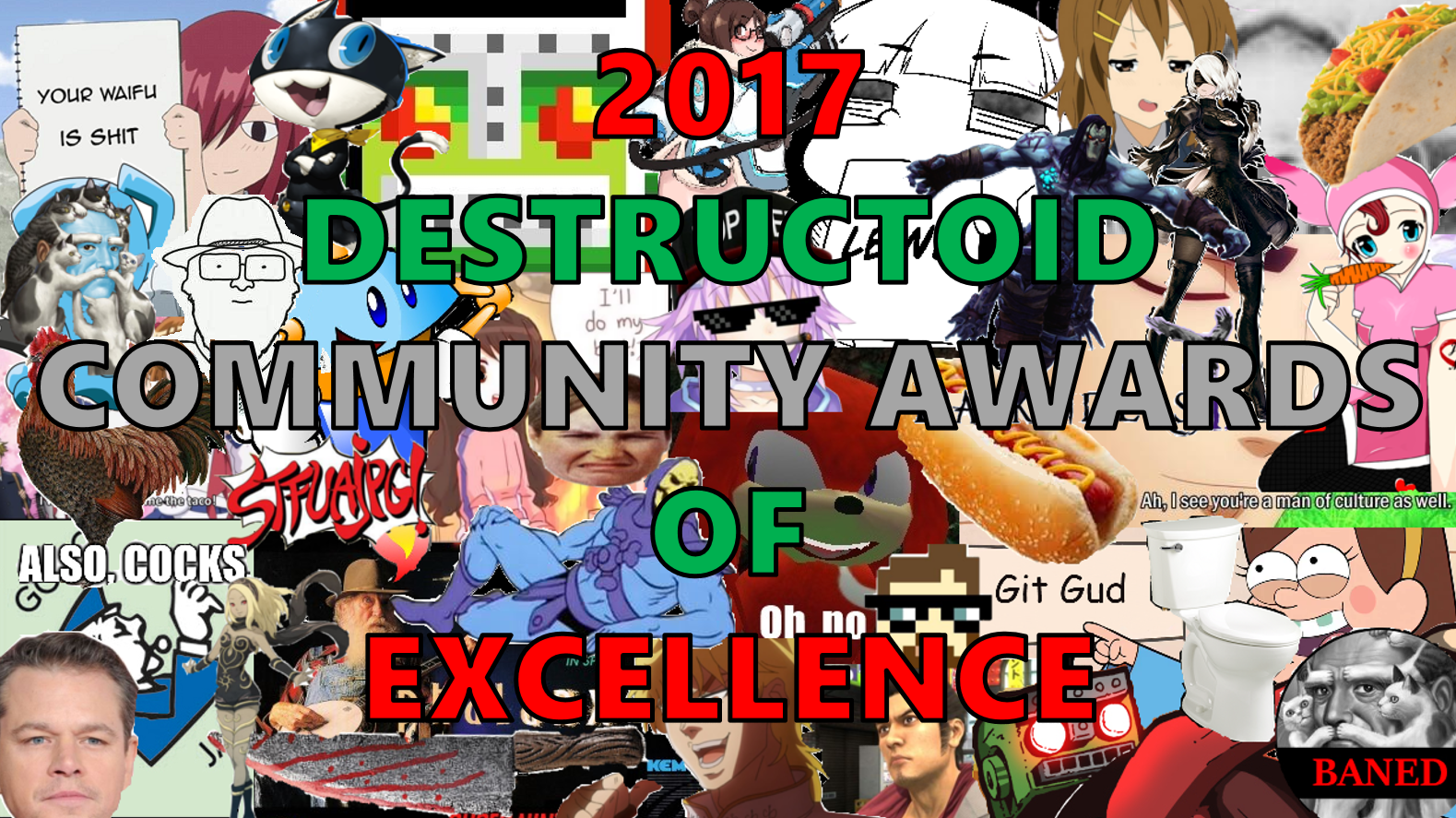 Welcome to the 2017 Destructoid Community Awards of Excellence. Over the last few weeks members of this community have voted for their favourite Dtoiders in a wide range of categories. I would like to thank everyone who participated, fighting tooth and nail with the wonky cblogs to get your votes in. This couldn’t have been done without all you sexy people!

Now let’s get to it!

The things Dere does to that toilet of his is exactly what you’d expect from a Flyers fan. The horrors! But in his defense, my body too would react negatively if my team was trapped in the Metropolitan division.

Just like the Vegas G. Knights, Gajknight knows a thing or two about creating some blockage between the pipes. Keep living dangerously, Gaj!

HUNGRIEST USER OF THE YEAR --- Flanx 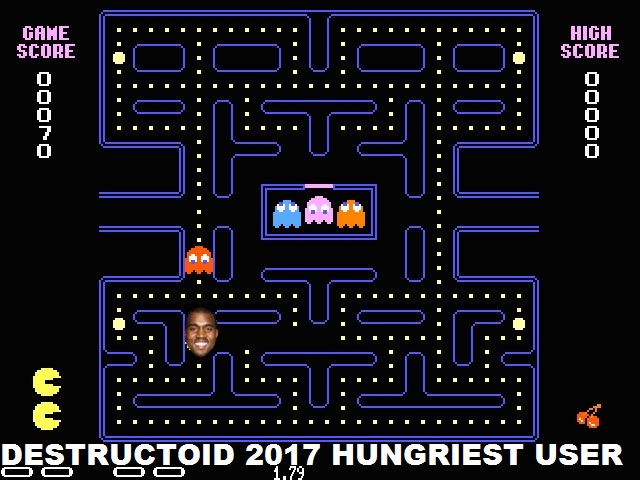 Pythons need lots of energy so it’s no surprise Flanx is Dtoid’s hungriest user. He could shot put the refridgerator after he's done cleaning it out. So hungry, so swole.

MOST LIKELY TO PET A CAT ON ROLLERSKATES --- (tie) Dango & Gaj 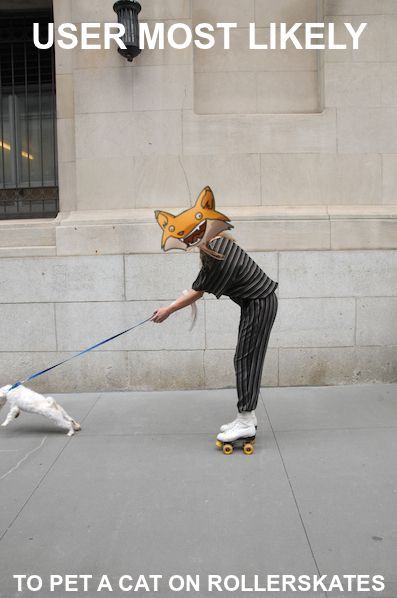 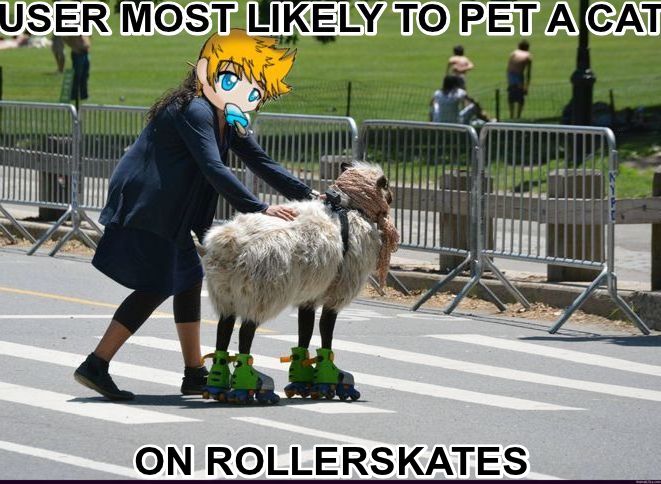 I’m unclear if Dango and Gaj are wearing rollerskates while petting a cat, or if the cats themselves are wearing the skates. What is clear is that regardless of the situation, they’re both living the best lives! 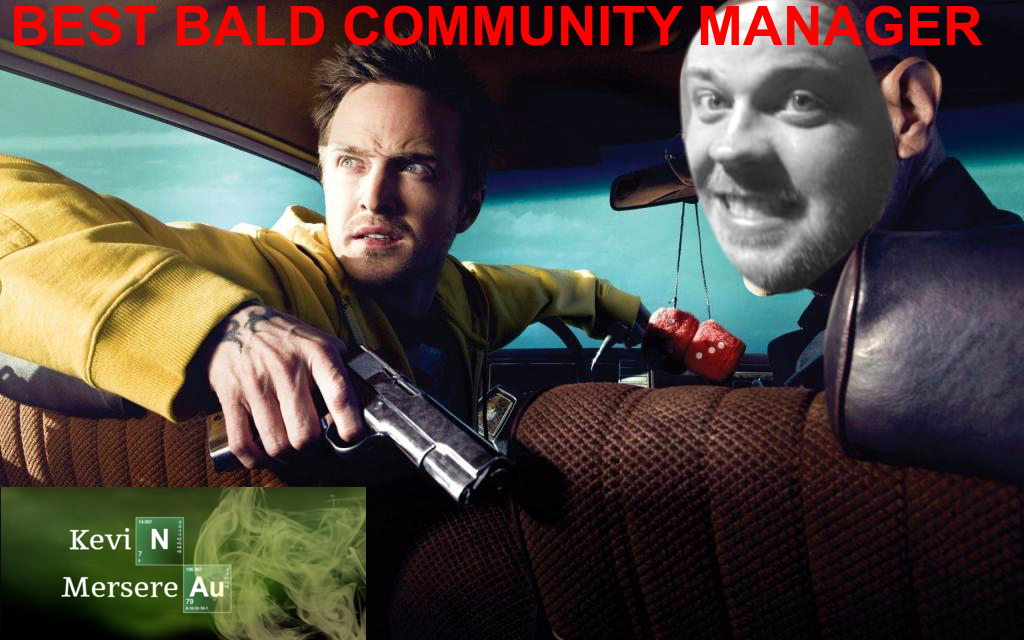 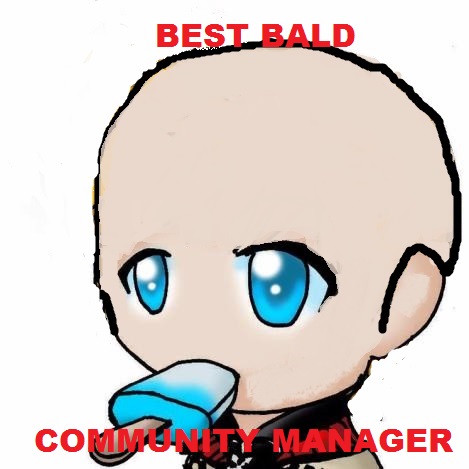 When you think about your favourite bald community manager, the names that jump joyfully to mind for most are Kevin Mersereau and Gajknight. I mean Gaj is neither a community manager nor bald (that I’m aware of) but those small technicalities shouldn’t make him ineligible for this award (thanks Agent9!). Kevin on the other hand is both (that I'm aware of). A tireless contributor for this community, whether it’s promoting content, fapping & upvoting, or engaging with the rest of us schmucks, he can hold the title proudly. 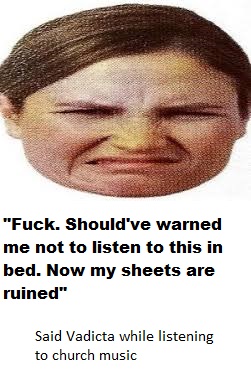 Vadicta’s avatar alone might be the funniest thing on this site. Between his blogs, comments and #bookoftheday posts, he consistently brings the humour to Dtoid.

Gajknight knows the secret to making you laugh. You can always count on him to call us a scrubb and tell us to git gud.

While not a GIF herself, the community overwhelming voted for Angie22 and her GIF-making abilities for this award. Through her cropping of users’ avatars into hilarious scenes or adding a subtle Snoop Dogg or Pedo Bear, it’s hard not to laugh at her comedic creations. 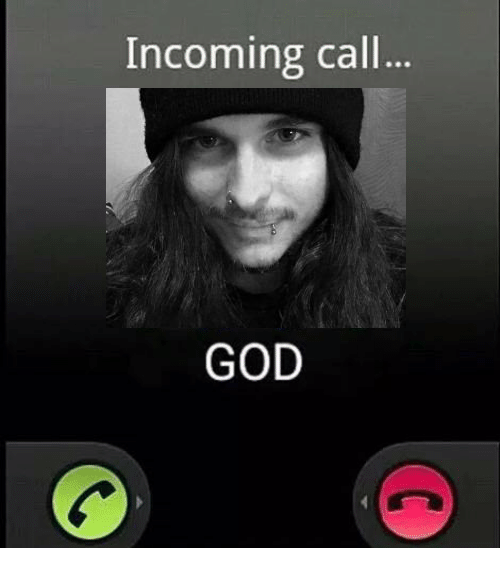 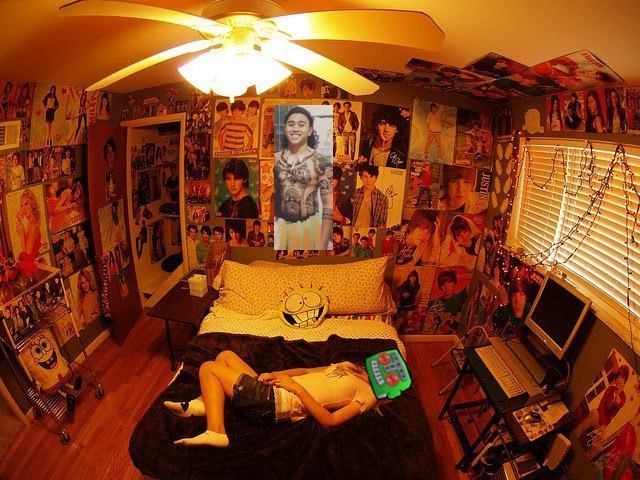 This category was hotly contested. As is tradition, it is necessary for these two men to now make out while shirtless so that we can fully appreciate this result.

BLOG BANNER OF THE YEAR --- Occams

It has been proclaimed that our Lisa Frank-aficionado has the best banner! With rapping bears and unicorns, this was never in doubt.

AVATAR OF THE YEAR --- Occams

That’s two in a row for Occams! The answer was clear from the start. Cats are awesome. Beards are awesome. Putting them together, the only way to explain cat beards in the english language is as the best avatar of the year!

#HASHTAG OF THE YEAR --- #WesLikesBunnyGirlsWednesday 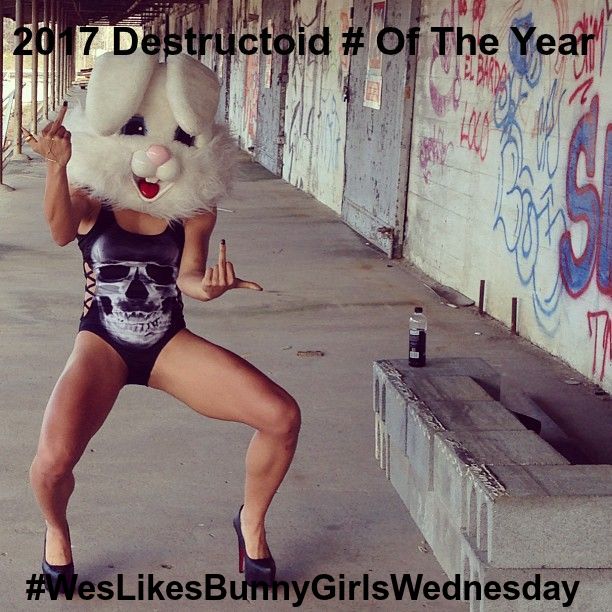 Wes likes tacos but Wes also really likes bunny girls. I for one can’t blame him. It’s the hashtag you didn’t know you needed. Shoutout to Space Jam and dephoenix for making this hashtag possible. 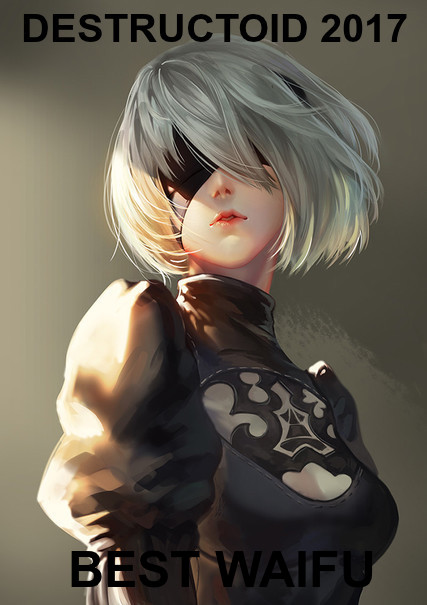 While the series as a whole may be confusing, there is no confusion as to why the battle android from the cult hit Nier Automata won this award. 2B hacked and slashed her way into our hearts. 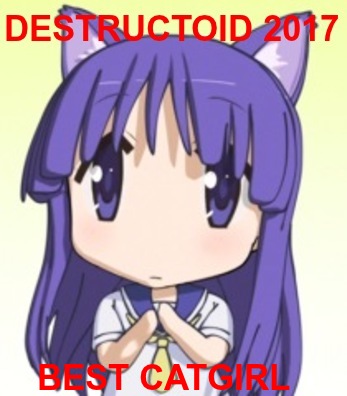 Firsthand accounts say wild Pandas can grow to be three times as big as a cat and twice as cuddly. No other catgirls can compete with that! 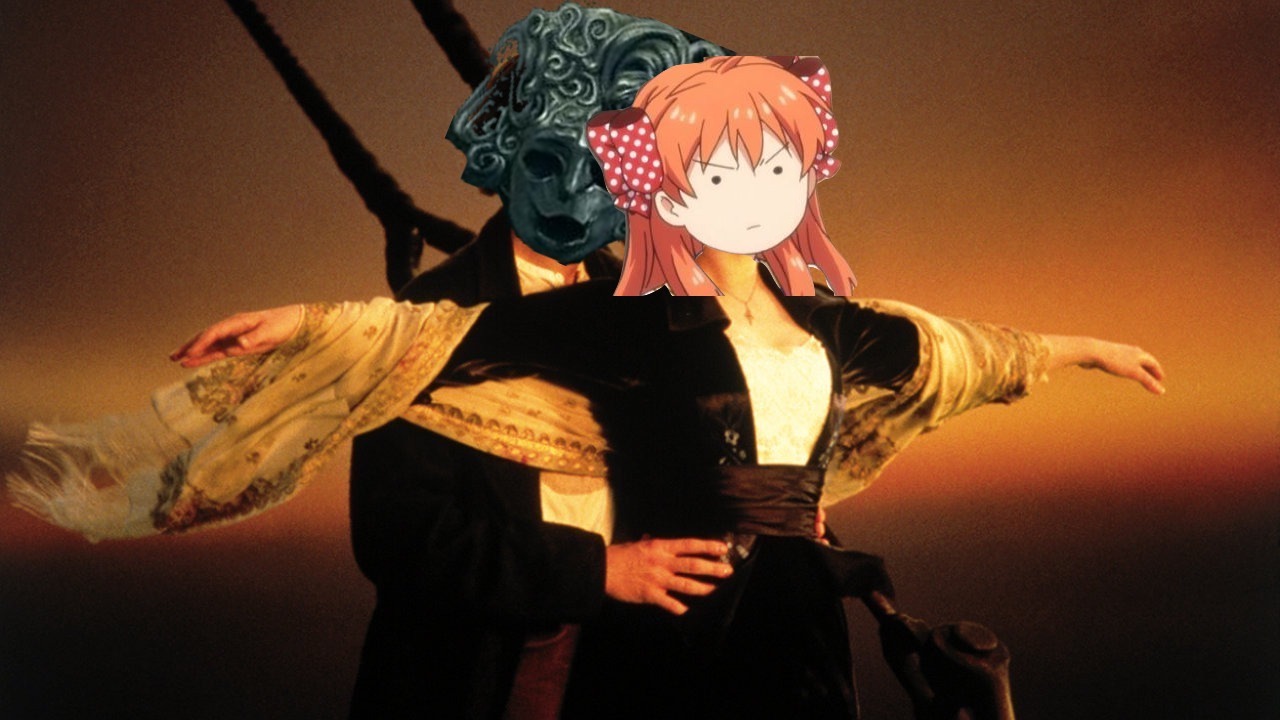 The love and care these two have for each other is infectious. Finding a friend like Malthor & Hypno have through a silly video game website is something a lot of us crave. Keep inspiring us!

Runner Up: Dere & his toilet

One of the more divisive writers that Dtoid employed, Jed was no stranger to drama. Picking just one of his controversies from the last year alone is difficult, whether it was Valkyrie Drive pedo-report, his eventual firing, among others not worth rehashing. We hope you found solace. 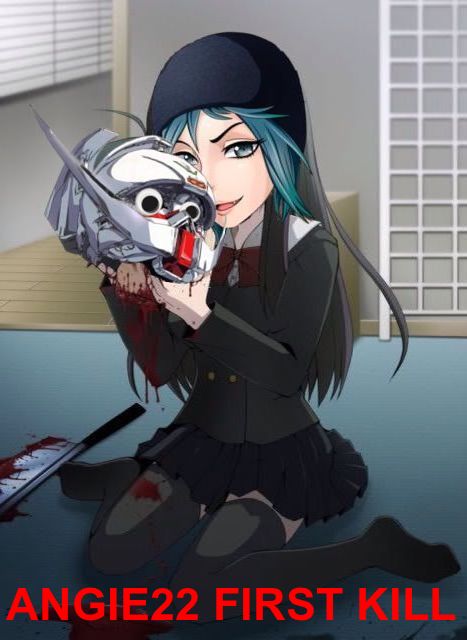 It has been voted and decided upon. Mike, you will be sacrificed as Angie’s first kill. Take comfort in knowing we will all be joining you soon. Rest peacefully, my friend.

Butt-dialing can be embarrassing, and I’m sure butt-qposting is too, but it’s also enough to win Tohsaka the qpost of the year! The community had fun with it. 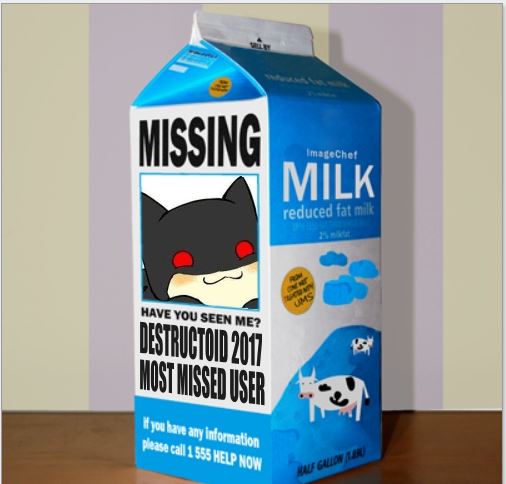 Weirdly enough after the voting started, several of the users named in this category made a glorious return! ZombZ ia one of those users, but he’s also not fully back yet either. We wish our biggest Phalanx Pheller phan a speedy recovery!

GENEROUS UPVOTER OF THE YEAR --- Upvotebot

When it comes to upvoting, how can anyone compete with a robot whose sole purpose on this planet is to upvote? You can’t but the community sure tries. 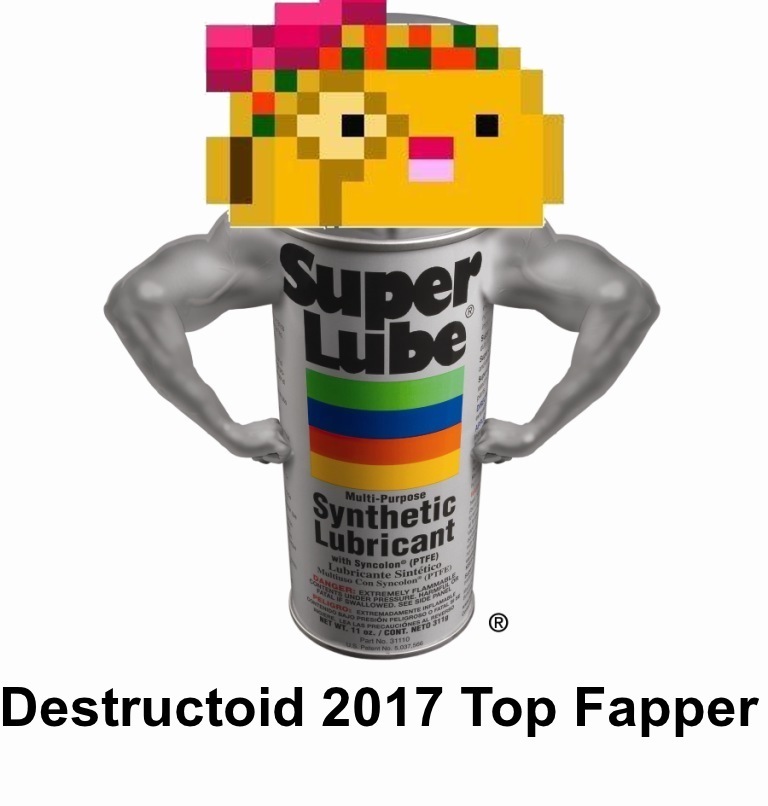 The man who refuses to let any post go unfapped, the winner is none other than ‘One Fap Wes’! Which is funny considering how often he shoots off his entire load of faps. Your chafing is appreciated! 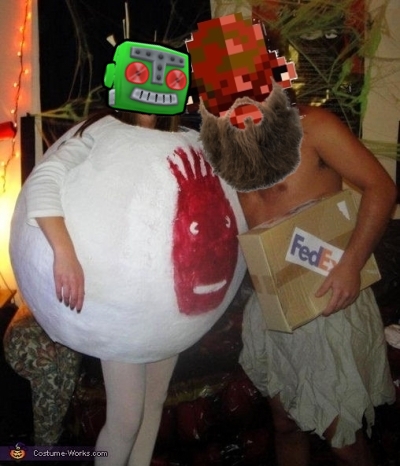 This community was built on cocks but also around video games. Ackbong has demonstrated to not only be a joy to talk and play games with, but also about life in general. Absolutely what you want as a coop buddy or squadmate. 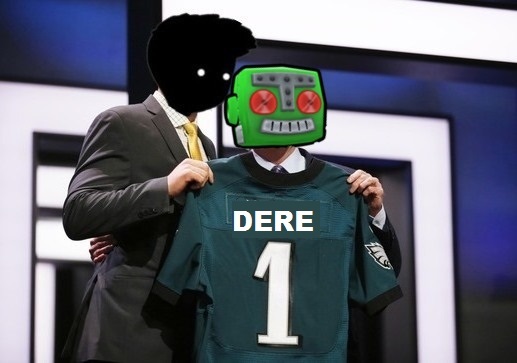 This was a stellar year for Dtoid rookies. From his porcelain throne, Dere has quickly cemented his place within this community and in our hearts. His quick wits and lovable personality can help brighten anyone’s day. Thanks for finding this website and calling it home!

After Morpho let it slip that he was actually Dreamweaver in disguise, the community has been wary of anyone else that might be an alter ego of his. These are the leading suspects: 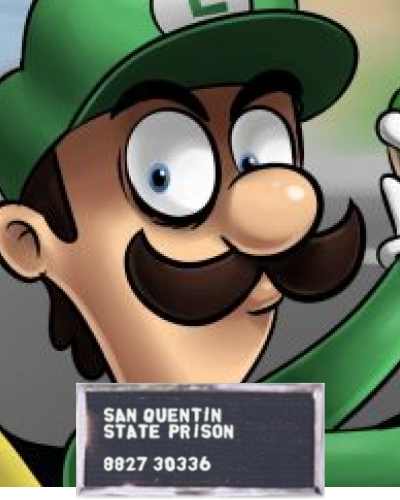 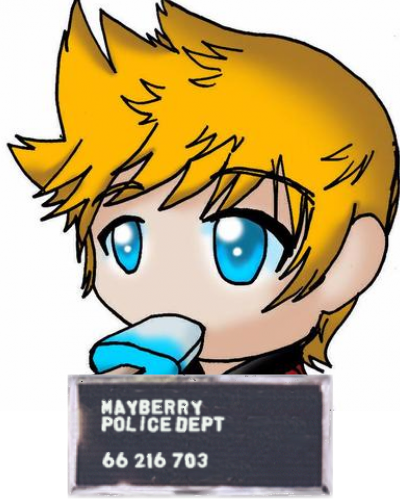 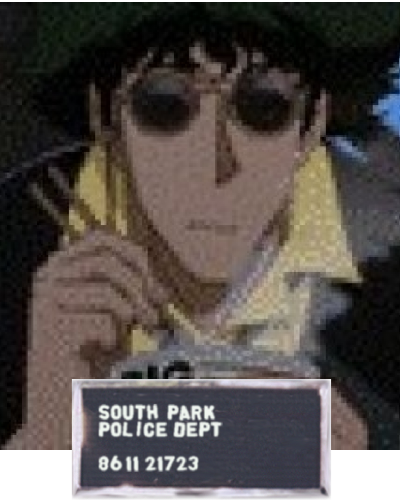 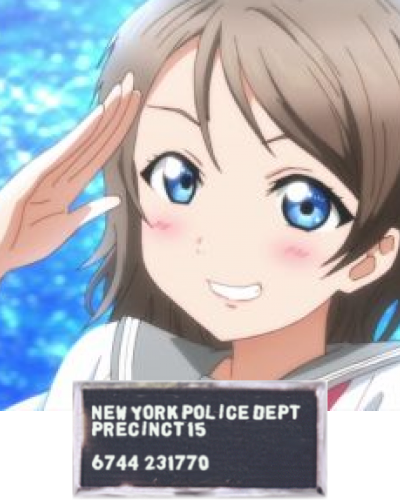 While this is all unconfirmed, what we do know is that Morpho is inside of us all.

One of the most prolific writers in the community blogs, Kerrik52 is a master at providing thorough and entertaining content. Whether it’s his entries for the monthly musing, the retrospective into From Software’s work or his Traveller in Playtime reviews, they are well-worth your attention.

THE BEST MOMENT OF 2017 --- Consoles for community members

If there’s anything that separates Destructoid from other websites, it’s easily this community of ours. We don’t always get along and we’ll fight over the littlest of things but there is genuine love shared between us. It often feels more like a family than anything.

The highlight of the year was voted to be those times we bought consoles for our fellow Dtoiders. Gifting Dere a PS4 so he can play with the rest of us and a Switch for Marcel for all he’s done for this community. Two upstanding fellas who fully deserve that love.

But it’s more than that. This community is constantly giving. People like Robo Panda Z and ZombZ gifting games for other users. Wes mailing packages that induce the biggest of smiles. The Comments of the Week and Recap teams providing their time and energy creating fun content for the site. Chipping in when one of us is struggling to make ends meet or going through a crisis. Lending an ear for someone vent about life or giving a virtual hug when one of us painfully needs one. We always try to have each others backs, giving of ourselves what we can. I love you all.

2017 might have been awful for more than just a few of us but I hope Destructoid and this community helped to bring some warmth into your year. Thanks for reading this blog, participating in the vote and fighting the wonky site issues! Let’s all have an awesome 2018!