The reason why I never played those two games is because they were released exclusively for the Japanese arcades. The only way you could experience those games were that you had to go to certain arcades in Japan, or you could buy an arcade system that contains VF4 Final Tuned or VF5R.

Well… all of that has changed.

On February 2017, I got a chance to play both Final Tuned and VF5R at No Matter The Cost. Yep, I finally played the other two VF games that were only released in Japanese arcades. The folks at NYC_VF brought the arcade systems over to the event, which was VF3tb, VF4FT, and VF5R. Of course, I finally had my hands-on experience with both games and I’m gonna talk about them. Let’s start off VF4FT first. 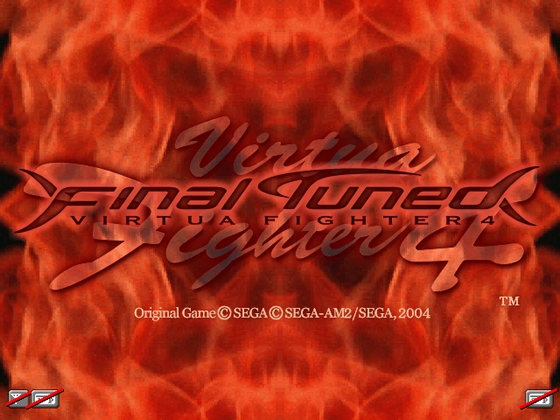 I remember that I said in the past that I never had much experience with VF4FT because it was only released in Japanese arcades. Back then, I didn’t go on much forum sites and YouTube wasn’t a thing yet until a year later. I found out about VF4FT when I was watching old Beat-Tribe Cup videos from a Japanese YouTuber known as Ogikage.

Fast forward to February 2017 where the group was about to set up the next tournament of NMTC, which was VF4 Evolution and Final Tuned. Before the tournament began, I was playing a couple matches of Final Tuned. I mean, I didn’t expect any gameplay changes from the core mechanics from the game, but the characters had new moves that were in before VF5 came out, along with balance changes with the cast.

The stages retained the same music and arena types from VF4 Evolution, but they changed the scenery. For example, Jacky’s VF4 stage was at night, his VF4 Evo stage was at sunset, and his VF4FT stage was set during morningtime. And no, Goh and Brad didn’t have their own stages until VF5.

Overall, I enjoyed Final Tuned as much as I enjoyed Evolution. The gameplay remains unchanged from Evolution, but some characters got balance changes as well as additional moves.

At long last, I finally got a chance to play Virtua Fighter 5 R on the final day of NMTC. I was waiting to play this game for so long.

When I arrived at the final day at NMTC, the fine gentlemen at NYC_VF were setting up the arcade board for VF5R. I wanted this to be special, so I decided to livestream it on Facebook. But don’t get me wrong, because I also got my hands-on experience with that game as well.

VF5R retained the gameplay mechanics of VF5 Vanilla, but the characters received new moves and introduced new arena types such as Full & Open (Caged one round, followed by an open arena in the next round), breakable fences that only break after a KO, and arenas with one-inch fences to prevent players from accidentally walking out. Of course, this was later used in VF5FS.

When I played, I used Lau obviously. I’ll be honest, he felt exactly right when I used him because he’s based off of VF5 Vanilla Lau with newer moves. For instance, he had 9K+GP, which was a new move introduced in R and was later carried in FS. 8K+GK in FS was originally 8KK in Vanilla and R. Let me also just say that I’ve seen some Wolf, some Akira, and the rest of the cast. Wolf got his Stone Cold Stunner and Rock Bottom throws back, Akira had his rainbow parry, and many others.

Because the gameplay mechanics have been slightly alter in VF5R, they retained the Clash System from VF5 Vanilla. To explain what the clash system is, it is a mechanic where you can cancel out an attack with a throw, leaving both you and your opponent at +0, or neutral. It was later removed from VF5FS since all throws have a 10-frame startup in that game.

Also… Because I used Lau in VF5R, it made me drop Lau and find another character in FS because I was too used to using his VF5 Vanilla tactics in VF5FS, which doesn’t work most of the time. And now, I miss playing VF5R already…

I can now finally cross those two games off my bucket list now.

Before I end this blog, check out this highlight video that was done back in February. No Matter The Cost was a VF tournament that was hosted by Chief Flash and we had a blast doing this tournament.

But that’s just the beginning of VF Month, ladies and gentlemen. Next week’s discussion will be about the real Wolf Hawkfield, Jim Steele.