Second Life is the Worst Way to Live

In Second Life you can fly around. When you do it, you’re like, “Oh, shit. I’m flying,” and it’s kind of cool for a minute. And then that’s it. You’ve flown. You’ve done the best thing you’ll ever do in this game—unless you’re a psychopath. My girlfriend was a psychopath. Now, I know guys are always like “That bitch be crazy,” but sometimes the bitch be crazy. Sometimes you find the crazy bitch, but it’s like crying wolf, and no one believe you now, because all the other little boys shouting “Crazy bitch” outside a McDonald’s at three in the morning while a car peels away ruined the alarm for everyone. It’s not fair, but that’s life. And it’s all because of Second Life.

Like fucking my girlfriend in Second Life. After you fly around, fucking is the only other interesting action to do. There’s more “gameplay” to the fucking in The Sims than Second Life, though. Simply put, you use one orb and your significant other uses another, and then the two animated bodies do the thing. And much like the animatrons running at the Chuck E Cheese’s run by NAMBLA, the bump and grind here is stiff and mechanical. And you just watch it happen. No button to switch positions, to spank, to pull out and cumshot. You just watch. Maybe you’re supposed to touch yourself. I don’t know. So, I got bored with it and made my character leave. This game was proving to be a silly waste of time. Then, I noticed my girlfriend wasn’t around, so I went back to the sex room to find her lying in bed with another dude.

As she explained to me, I left my part of the sex act but forget to hit some selection to allow her to leave her end, freezing her in place and at the will of just anyone who walked in and wanted to skewer that virtual flesh saber in. It was my fault that she had been fucked by another man. And isn’t that always how it works out?

Little did I know at that moment, but that action would be a metaphor for our entire relationship. 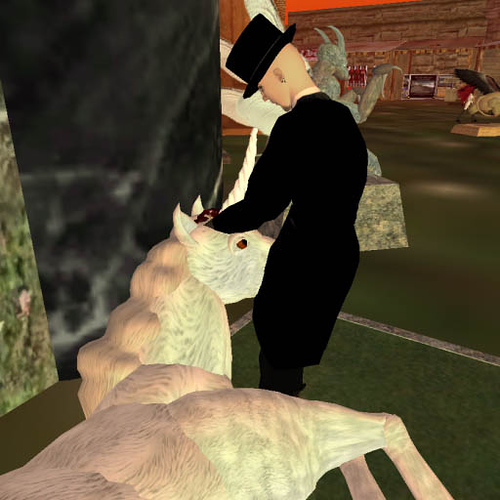 Let me start by saying that Second Life isn’t a game. It’s not much of a simulator, since you can fly and be an animal, if you so choose. It’s nothing like The Sims, since you don’t play a god. Second Life actually proves there is no god. It’s not a role playing game, since you don’t do much of anything in your role. It’s only a sandbox game in the way a sandbox would be a sandbox, if all the sand was removed and replaced with used condoms and broken glass. It’s really a world in itself, an abstract sphere somehow centered within our own like a land of Lovecraftian nightmares, except more monstrous but less racist. But mostly, it’s just The Matrix for shitty people. It’s a socially engineered cesspool where the mud children bathe their ids and let the unchecked wanton desires and impulses bubble and breed, until it spreads and curls the landscape, all gnarled like a universe of chewed black taffy. It’s not great.

My girlfriend took me to this pristine white room with pictures on the walls, booths and display cases set up. Women browsed items around us. The area was modeled after an Apple Store, but instead of phones, they were selling vaginas. We spent two hours here, discussing how inflamed her labia should be and whether it looked best with the clitoris hooded or unhooded. Before my own eyes, I watched her sculpt a designer vagina. And it cost a designer price.

Of course, the aspect closest to other games that Second Life shares is an in-game currency that can be bought with real money. You could also trade this currency out for real cash, which created a warped sense of capitalism within the game. And the second you introduce capitalism into any game, it starts edging closer and closer into real life as possible. And so my girlfriend had a Second Life job. Every Wednesday, Thursday, and Friday from seven to midnight, she had to be online as a waitress, serving drinks and chatting with digital icons attached to actual human beings who spent their weekends at an online bar watching themselves drink. She was also a waitress in real life, so the lines became more blurred than ever.

I didn’t find this out until a week after I had proposed to her, graduated college, and moved three states to live with her. Fuck me, right? 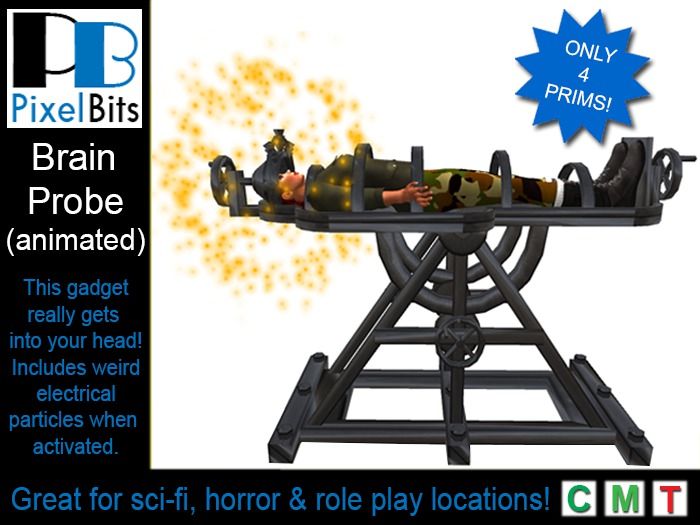 I woke up one morning after a shopping trip where I had spent most of the graduation money I had gotten from family and added a considerable chunk of debt to my credit card for apartment odds and ends. But it was fine. I just got this sweet temp job for less than ten dollars an hour. Everything was going to be cool. Her phone buzzed. It had slid under my pillow, and I pulled it out and glanced at the screen to read this message:

*I gently kiss your neck, until your eyes flutter open. You smile and kiss me back. I run my hand between your legs and peel open the inflamed lips of your vagina and play with the exposed, ample clitoris*

Of course, I knew what fucking vagina he was talking about. I helped her pick that goddamned vagina. I watched her buy it with money she could have saved on our expensive move. Her money was my money, our money. I was an investor. I owned stock in that vagina. And he got a filthy finger in it right under my nose.

I woke her, and we fought. She was angry that I had the audacity to look at her text messages, and I was pissed that she had another boyfriend through a video game. But we had only just moved in together. We had just gotten engaged. We were supposed to be happy. So, we tried to reconcile, and she broke up with him. Of course, when trust evaporates, that shit don’t come back, so I logged into her Skype account to see exactly how she had broken up with him.

And I’ll give her this: she went whole hog into this having two lives thing.

Apparently, she had been talking to him for a while, and I was a guy that she was just pretending to date for reasons that weren’t explained in the chat log I read. She said that she had gone to my graduation as a friend, but I surprised her with a sudden marriage proposal, because life is written like fucking Hallmark movies. And she said yes, because, I don’t know. She didn’t say.

Then, this guy, this poor guy confessed his undying love for her, offered to marry her and pay to have her move in with him, and yeah, shit gets weird. They never met outside of the game. He lived in England, apparently. I had been dating this girl for five years, and I wasn’t sure who had senior privileges over her designer vagina, me or this guy. If he did, then he could have her. She already had the ring, so it would have just been good business sense for him. Get her while she’s cheap.

She found out that I had looked at the Skype log and went off about my lack of trust. I argued that it was worse that she had been wholesale lying to me for years on end, but she didn’t agree. “If you really love someone, you’ll believe what they say, no matter what. You’ll trust them.” And that was that. 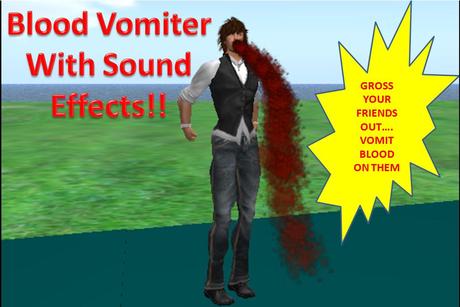 I decided to keep the temp job and move into a roach-infested little townhouse with two strangers, instead of returning home an unemployed, single failure who lost his girlfriend to a video game and lived with his parents. I took that as the greatest possible indignity of all. She told me she was worried about me but kept all the shit we bought. My bed was already in the room when I got there. The landlord told me that it belonged to the last guy. “Yeah, it was all he had,” the landlord said. “He was a quiet guy. Just disappeared one day and never came back. But, yeah, yeah. It’s a good bed. Less than a year old. I don’t feel like moving it out of here, so if you want it, it can stay. But when you move out, the bed stays here, okay? It belongs to the house.”

And that was okay. It was a pretty good bed. So, I laid in the empty room like the previous tenant wondering when I’d disappear and holding in a full bladder, because there was this big fucking roach in the bathroom, and I was hoping my roommate would go to the bathroom first and kill it for me. I fell asleep with that piss pain and dreamed of tearing half of the vagina off my ex’s body, running out of the room waving the bloody flap of meat, screaming “It’s mine. It’s mine. I bought it. I paid for it. It’s mine,” and flying away through outer space.