Overcoming Fear: In with the New

Growing up, I missed out on a lot of really awesome games because, simply put, they were just too damned scary for me. I feared Silent Hill with a fiery passion, wouldn't touch Fatal Frame with a ten-foot dick, and punched my grandpa in the face when he tried to make me play Dead Space because fuck the patriarchy. This isn't like a huge travesty or anything, as avoiding horror titles really did nothing but give me more time for literally every other game available, but as someone who really digs Halloween and spooky things in general it's kind of like I deprived myself of some great experiences just because they might be just a little too scary. What can I say? I'm as sensitive as I am rugged and manly and self-confident.

But like a patient uncle with a penchant for mystery, the fear I had for horror games has crept slowly but efficiently into the depths of my bowels. Sure, I booted up PT and marveled in the “demo’s” (it’s more of a game than many games I’ve played, but whatevs) twisty and twisted wonder, and I still dabble in some intermediate-school Resident Evil from time to time, but I really do avoid almost everything that could give my sweet little soul even the smallest of frights. I love horror films, and I love Halloween and everything spooky and cutesy and Kitschy that comes along with it...but I just can’t transpose that affection into the medium we all so dearly love.

Somehow, that anxiety I once had controlling a Japanese school girl as she ran around an abandoned warehouse has grown and transformed over the years into a full-blown fear of playing games. At the end of the day, what is anxiety if not a fear for the unknown? And this is the crux of my dilemma - I'm terrified of new games. 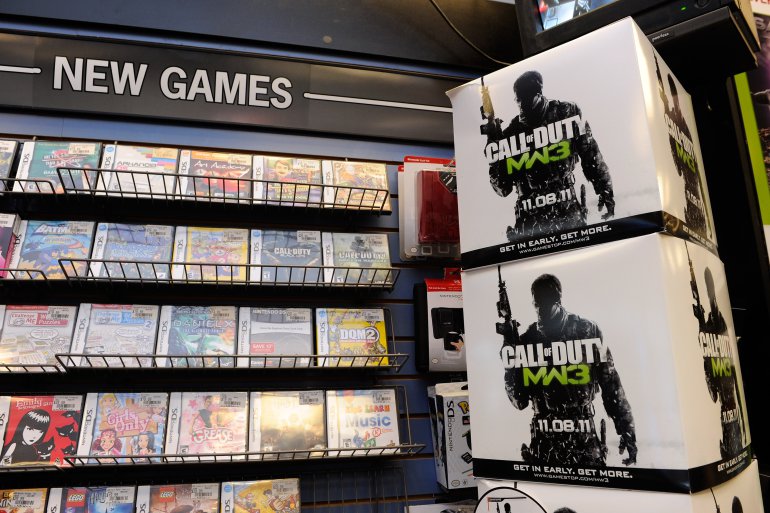 Let me clarify that a bit; it's not new IPs or upcoming games specifically that vex me so, but instead games I haven't played. But why is this? For most, the prospect of popping in a shiny new disc and the anticipation of experiencing a new world is what drives them to stick to gaming as their main hobby. I think that's true for any hobby - the promise of something new helps to keep things from getting stale. But for whatever reason, that special little synapse in my brain that connects the excitement sector to the anticipation quadrant is broken. Instead of looking forward to playing through something I haven't played before, I'm practically paralyzed by my fear of it.

What is it, exactly, that I fear? I think one of the main suspects is how much I dread the time commitment that most modern games require. When every game is an open world romp with a map littered with waypoints and minor things to do, I tend to get overwhelmed pretty early, and very often. Also, the anxiety of learning an entirely new combat or control scheme, as well as the myriad unlocks and game mechanics that pop up, is really a point of dread for me. Simply put, the time it takes to actually play games has become something of a huge barrier for me. 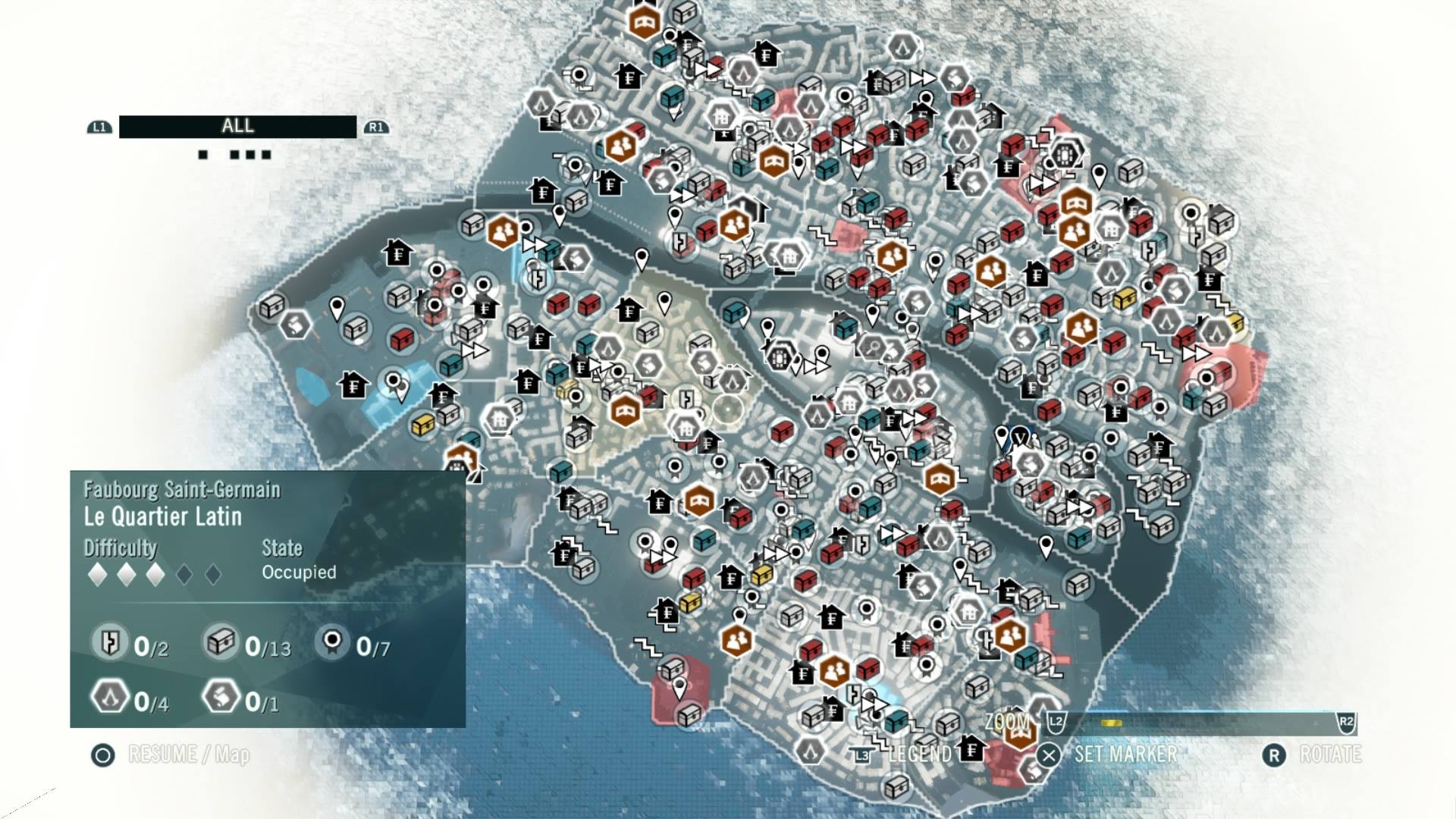 Another big area of concern for me when approaching a new game is how scared I am of being disappointed. It sounds silly, but the idea of me sinking my ever-dwindling time on this planet into a mediocre or ultimately unrewarding game is absolutely terrifying. Usually when I play a game, I try to either complete it 100%, or at least get through the main story. I seem to always find myself in a horrible catch-22 with games I don't like - I don't like the experience, but I've also already sunk time into it to get this far...so why quit now? A perfect example of this is Final Fantasy XIII. About thirty hours in, the game “gets good” - but if you had to wait over a day of your life in order for a game to finally get interesting, was it really any good to begin with? Will that goodness ever make up for the crap you’ve already endured? Feeling like you're forced to complete a game you're not particularly enjoying just because you've already spent so much time on it is a terrible situation in which to find yourself, and one I actively fear every time I boot up a new game.

And deep down somewhere in my considerable gut, I think I'm just scared that gaming just isn't what it was for me. I'm scared that as I get older gaming simply won't "wow" me like it once did. It's a valid fear because it's already begun. While I certainly do enjoy playing games and every now and again do get caught up in it, I haven't found myself truly floored by a gaming experience since BioShock, some ten years ago. It's partially due to how the AAA cycle tends to pump out similar games (sequelitis also doesn't help), but a lot of that is on me being old and jaded. My biggest fear is that one day I'll turn off my PlayStation for the last time and never play a game again because I simply don't enjoy it like I once did. And dude, that's really, really frightening.

How does one overcome the crippling fear of losing something that's been a part of their life for nearly thirty years? I've tried getting out of my gaming comfort zone to experience new things, such as online multiplayer games and puzzle games, but to no avail. I've tried playing some new titles in the vein of older games I've enjoyed, but still, it's no use. Hell, even sequels to games I cherish and hold dearly aren't cutting it for me anymore. It seems like no matter what I do, no matter how I approach it, it just sits in the back of my head, constantly reminding me of the futility of life.

That, my friends, is true fear.

But overcome that fear I must. I wouldn’t say I’m totally cured as of yet, but I’m on a steady path in trying to keep myself immersed in gaming. One big boon is the sheer number of games I own, both physically and digitally, and how I can still recapture at least a small portion of that affinity I once held for the medium. For as much flak as they get from the gaming community, I for one love remasters and HD collections of old games, since I can go back to my security blanket of past experiences with the added bonus of higher framerates, better graphics, and added Trophy support. Is the practice often just a cynical cash-grab to prey on nostalgic dorks like me? Sure. Am I still a nostalgic dork? Take a guess. 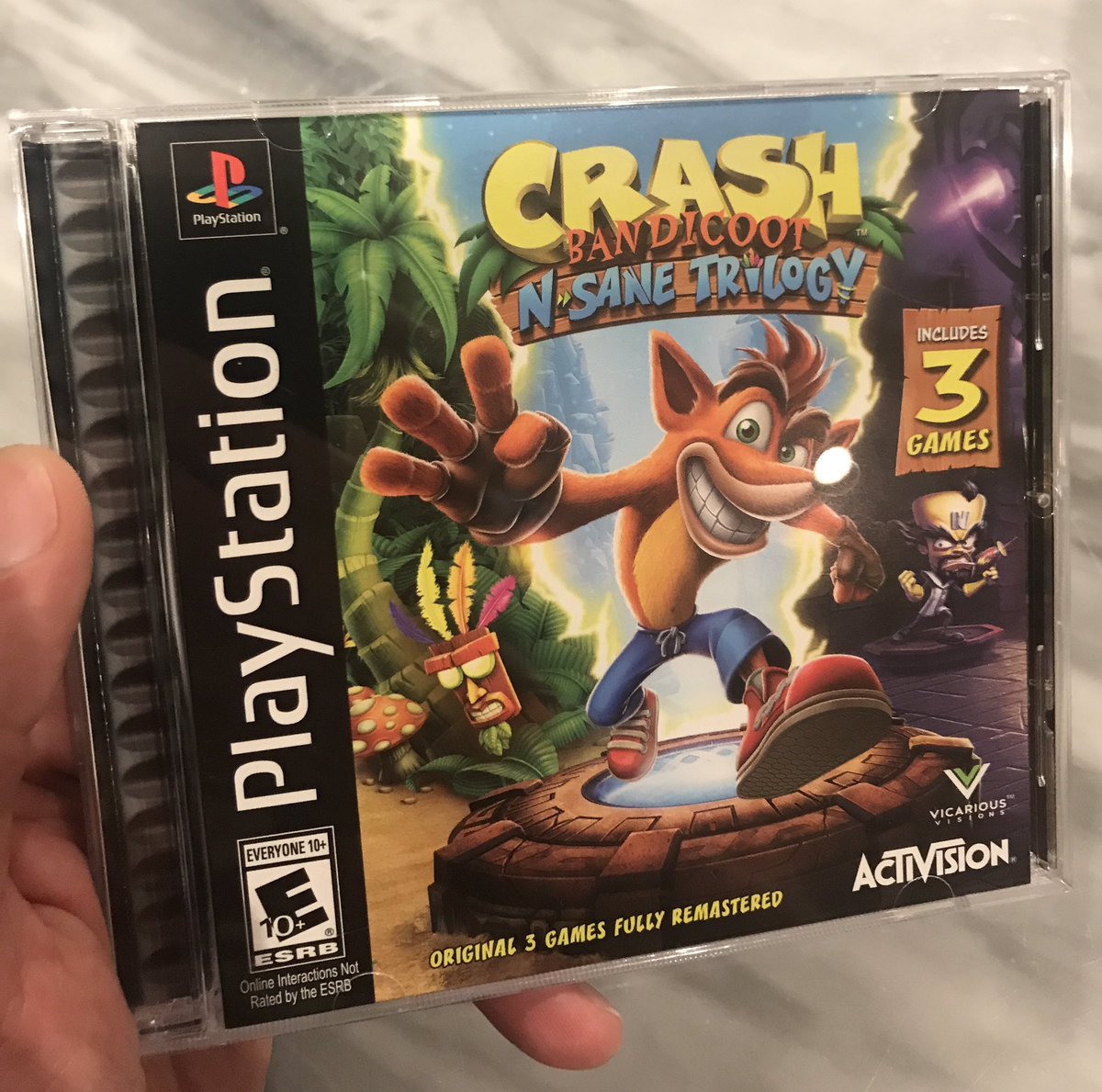 Another big help to me is my position on this very site. While I’m not exactly a full-time staff writer, I do get to be a part of a well-lubed machine that slides in and out effortlessly of gaming culture to bring its readers to a complete and satisfying climax. As a staff member I get to essentially pick and choose what I write about, with the added bonus of influencing some of the content and direction that goes on behind the scenes. It’s kind of like getting to know how the sausage is made, but still wanting to eat said sausage at the end of the day. Who doesn’t love slamming a hot sausage in their mouth? Simply being a part of the writing-about-new-games process isn’t exactly a surefire remedy for my apprehension toward playing them, but it at least keeps them a part of my daily life.

And believe it or not, you wonderful weirdos are helping me to fend off giving up on gaming and basically all personal pursuits of fun in general. How’s that, you might be wondering? I get to game vicariously through you guys. Whether it be your comments, our daily interactions, the hundreds of Qposts I read a day, or the C-blogs I have the absolute pleasure of reading and curating for front page consumption, you guys, the Dtoid Community, help me to fight my fear of losing gaming forever. I may not buy many brand new games, or ever play anything online, or really do much of anything at all outside of crying and stroking the chin of the framed photo of Lorenzo Lamas from the Renegade press tour, but damn it you guys talking so much about all the cool shit you play and really, actually enjoying yourselves with other like-minded nerds has really kept me going for quite some time. That’s fuckin’ rad, and I consider myself extremely lucky to be a part of your ranks. Please don’t fire me.I don’t know if all of this is enough to eventually overcome whatever weird mid-life-gamer’s crisis I’ve found myself in, as I’ve fallen pretty balls-deep into the “Clint Eastwood in Gran Torino of gaming” role (minus the racism and actually learning something at the end). I don’t know if I’ll ever again be that supple, wide-eyed kid overcome with joy at the prospect of an upcoming new game. But I do know that for whatever reason, I’ve been put in this position to help facilitate the enjoyin’ of the gamin’, and in that weird special way the world rarely bestows upon its disparaged and downtrodden denizens, it’s helped me do the exact same.

Scared as I may sometimes be, at least I know I'm not totally alone in fighting my fears.