Warning: Do not read this blog if you are interested in playing a Danganronpa game down the line. This blog has spoilers for the entire series up to V3's ending.

True Bass fans will remember a Cblog Recap I wrote last year about the dynamic between creators and fans. Creators don't owe the audience further sequels, but the audience doesn't owe creators continued attention if they choose a direction they don't agree with. I didn't have any solution for this paradox, but I suggested that encouraging fangames could be a good way to go to satisfy fans while allowing developers to work on what they desire. At the time, I didn't expect it to become even more relevant down the line, but 2017 has been a very, very interesting year.

We've seen people give a nonsensical amount of love for an anime adaptation of a shut down free to play gatcha game, and all things meta like the death of penguin that was exposed of a waifu from that IP. We've seen people go absolutely bananas over some McDonald's sauce mentioned in a single episode of a television series. We've seen people claim Nintendo won E3 by merely showing the logo of the fifth entry in their first-person shooting series.

And now Danganronpa V3, beyond being a murder mystery, is actually about the milking of entertainment franchises. 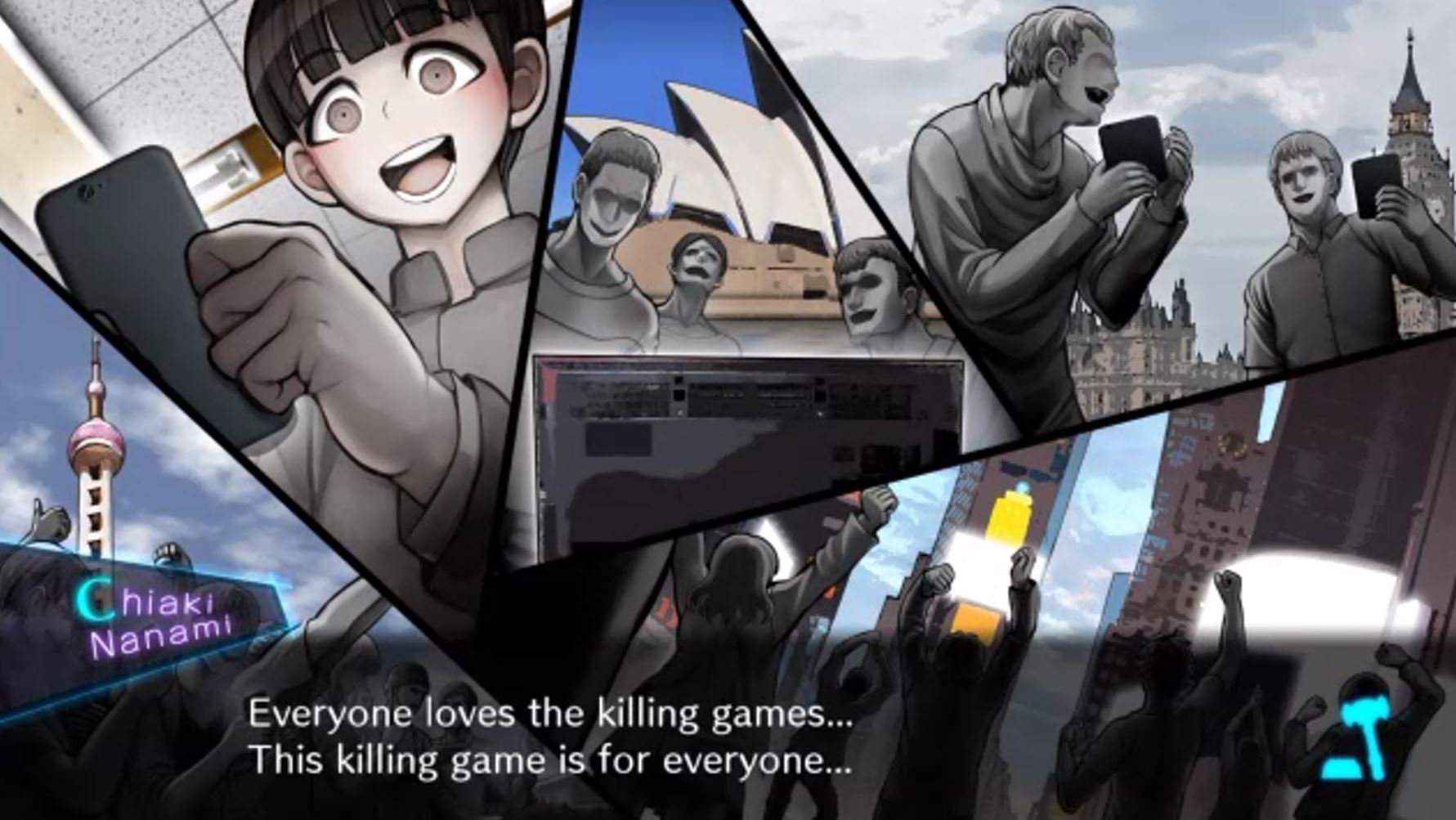 But before I get into that, I must make clear despite this end-game commentary Danganronpa V3 remains a game that tries its best. It's the longest entry in the series, and it has the most amount of post-game content. Visuals are refined to the point where it feels like the jump from Persona 4 to Persona 5 at times. Some of the executions and cases are the cruelest of the entire series. If Danganronpa V3 made me wish they were going through with the promise that Danganronpa was over after the credits rolled, it's not because it's an inferior entry. On the contrary, I found it spectacular. 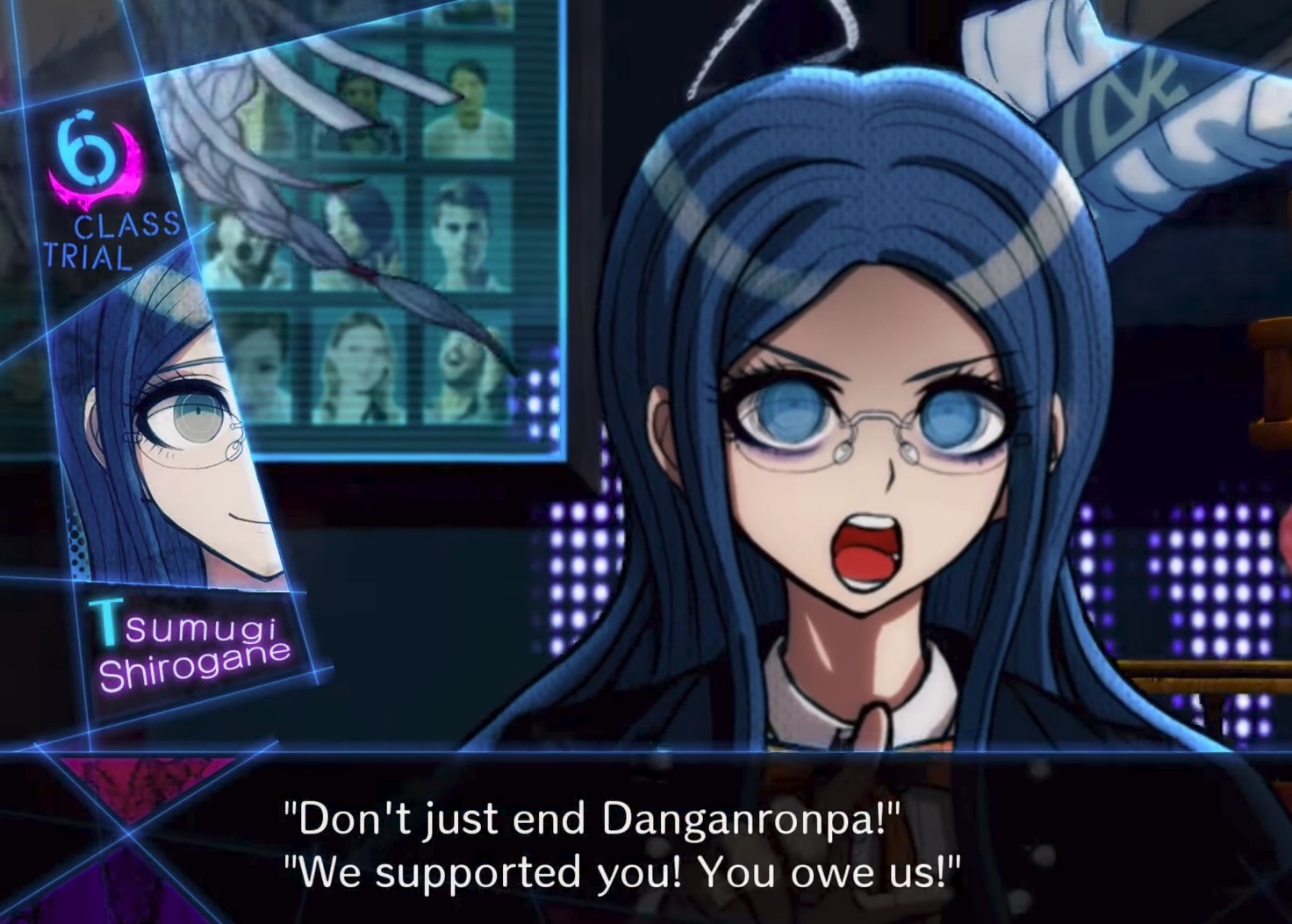 It's as if they read my recaps!

For those who haven't played V3, a bit of context. The V in the title is revealed to mean that this is the fifty-third Danganronpa. After the popularity of the first two games, and the anime and light novels that came with them, the franchise just soared to further and further highs. By the time V3 happens, the series has evolved to being broadcasted on television, where people who are brainwashed to believe they are talented and quirky kill each other for real. The ultimate in fiction, with the raw emotions and unpredictability of life mixed with the variety of personality and talent of made-up characters.

And the protagonists? Nihilistic teenagers who just wanted to be their own original character in a series they love. 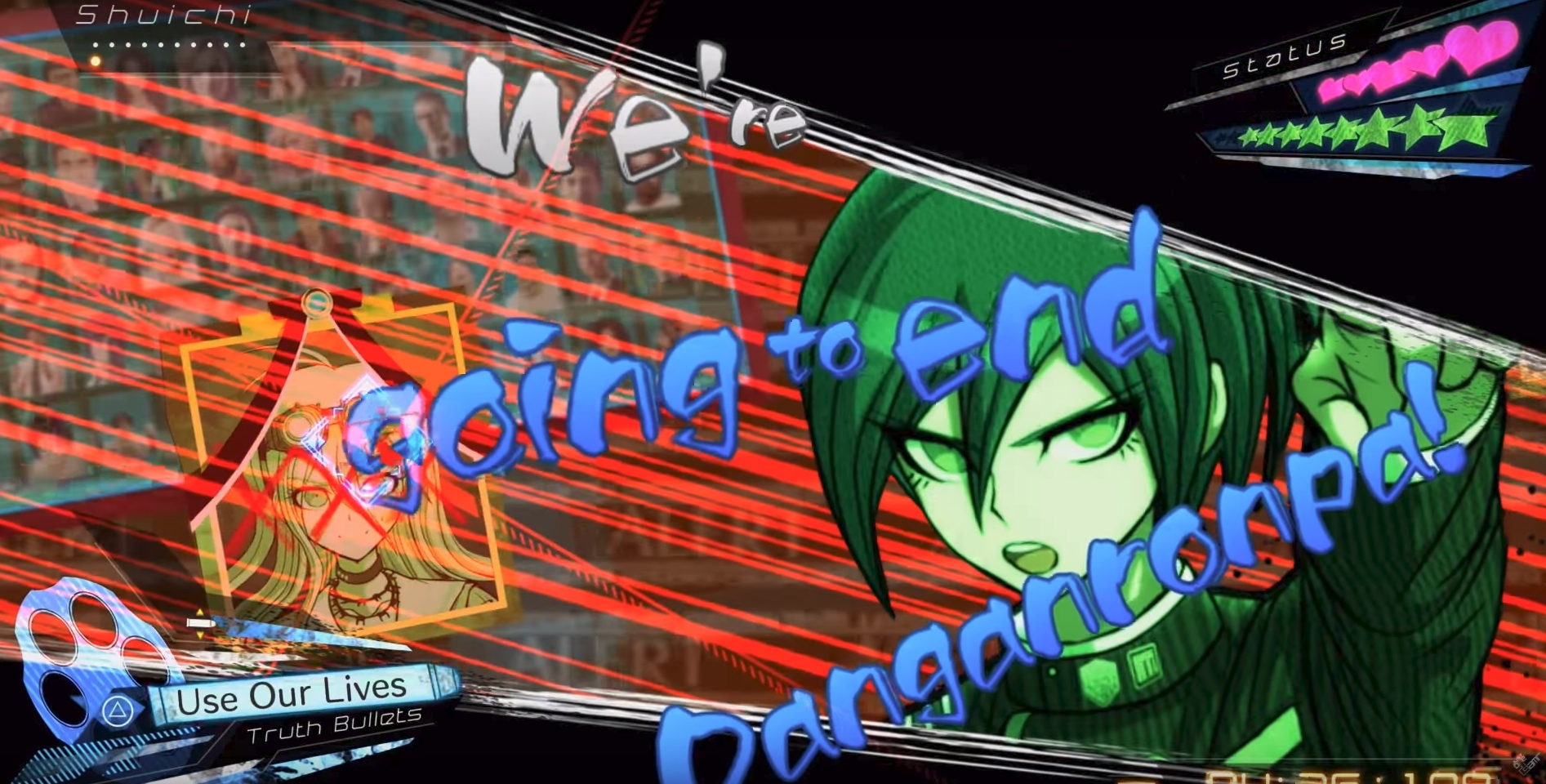 If the end has everyone killing themselves to attempt to end the series, people won't ask for more right?

Of course, the blame here isn't just put on the overzealous fanbase's shoulders. I'm pretty sure the intent here is to make out Team Danganronpa to be the true villain. After all, they were enabling this unhealthy relationship by making more and more and more. Sticking to what works, after all, is easy fame and cash money. By sticking to what people expected of them, they willingly created this vicious cycle. Beyond the inherent negatives associated milking a franchise, like diluting what once made it special with rehashed plots, there is the much less meta consequence of a real-life killing game being set up without anybody stopping it. 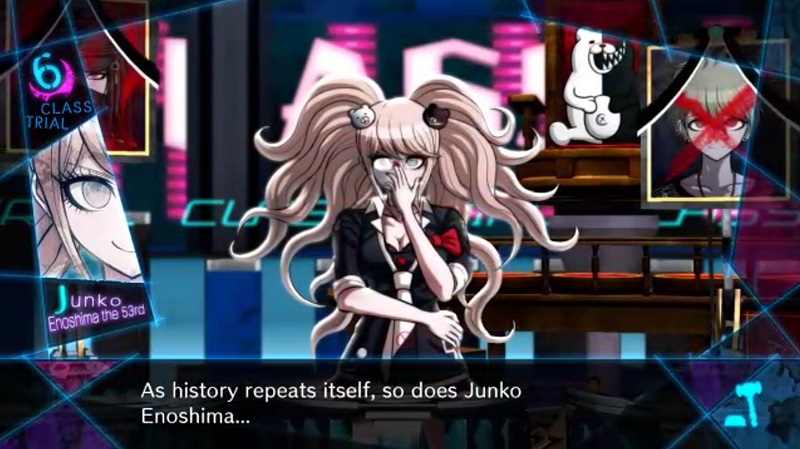 But the moral of the story, so to speak, is that all parties involved need to learn to let go. Isn't it comforting to know that a series had a definitive end? Otherwise, we'll never be able to see everything a franchise has to offer before we meet our own end, and that's not what we want right? That's why I chose to believe it when the game showed "Danganronpa - The End" once all's said and done. I choose to believe Spike Chunsoft, even if it ends up being a lie. There was a very human plea behind all this.

I received the impression from everyone who finished Danganronpa V3. They seem to be shocked. I think that this is Danganronpa.