Overcoming Fear: Back to Silent Hill for the First Time

November 2003: Walking home from my job as a custodian at the local school on a snowy night. The roads were untouched, snow still coming down from earlier that afternoon. I came home, there was a box for me sitting on the table. It was a PS2 that my parents bought for me using the money they borrowed from me, knowing I was saving up for a PS2. A week later, my boss let me borrow a few games he had. One of them was Silent Hill 3.

This was my first foray into horror games. And while I'm not going to go into details on the game's design I am going to bring up memorable creatures and moments for each section of the game. It's weird to play a game that's a direct sequel to a game from a genre you never touched. For those that don't know, 3 has you playing as Heather who is the reincarnation of Cheryl from SH1.

Seeing little to nothing in the opening in the amusement park was scary to me. Pure darkness is a big fear of mine. And the little things gave me a jump too, such as the cookie tins in the gift shop falling over at my return. Or the roller coaster. I knew it was gonna hit me. It was the equivalent of "don't go in the house, the killer's in there".

The monsters in this game gave me nightmares. I was scared to go out at night since I started playing. Funny thing thing, the dogs reminded me of the first nightmare I had when I was a child. Where I was sleeping in my bed and a giant black dog just comes in and mauls me. Probably the ones that scared me the most were the Numb Bodies, little purple... things with legs that made weird noises. The noises they made and their uncanny appearance scared me. 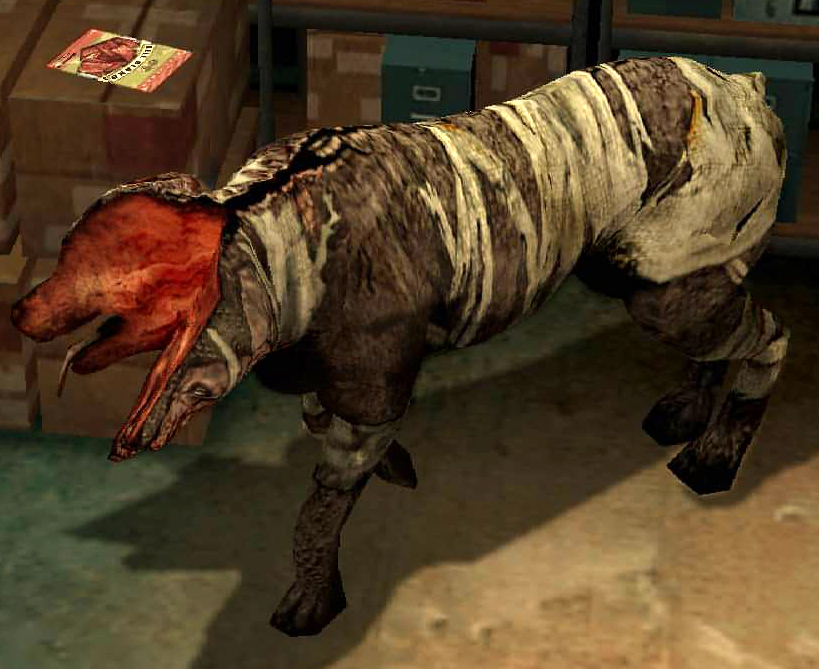 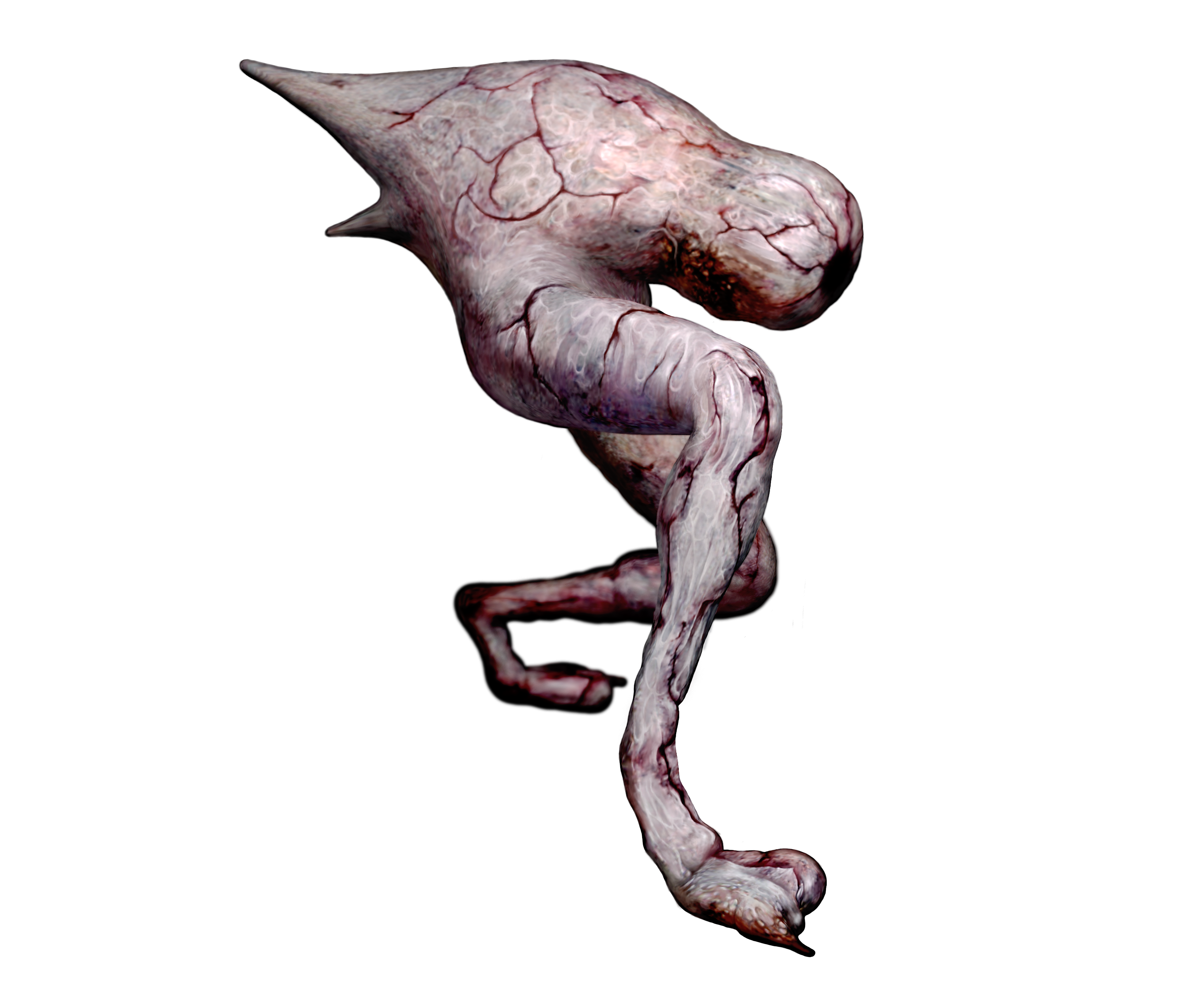 The mall itself didn't do much, even in the nightmare version. I accidentily kept stumbling across everything I needed. Looking back it was almost comical. But afterwards... hoo boy. Running around the Subway Station made me feel my heartbeat all over my body. I didn't know what would come at me. And then it happened, a cutscene where you see Heather's back and gurgling, heavy breathing and Heather is shoved onto train tracks. I was so terrified at that scene I forgot that I needed to get her back on the tracks and died as a result. I did think that ghost was gonna attack again so I bolted through each car like I needed to take a shit.

Then came the sewers. I was terrified that something would come out of the water and drag me under. And it did. Twice. There's a scripted scene in a room where a water monster does just that unless you kill it by throwing a plugged in hair dryer in the water. First time I was just running by and fell victim to it. Second time I tried to be as quiet as possible to "sneak by" and still got killed. Steeling myself, I backtracked and found everything I could including the hair dryer and used it, escaping.

Then came the office building. While I was getting used to the game and it's spookiness it still managed to hit me with two curveballs. First is the slurpers, weird men with gas masks that would tackle you. These things freaked me out just like the Numb Bodies and it's weird slurping noise gave me an instant reaction of "DON'T STOP, JUST KEEP MOVING!!! KILL ANY YOU CAN AND IGNORE THE REST!!!". 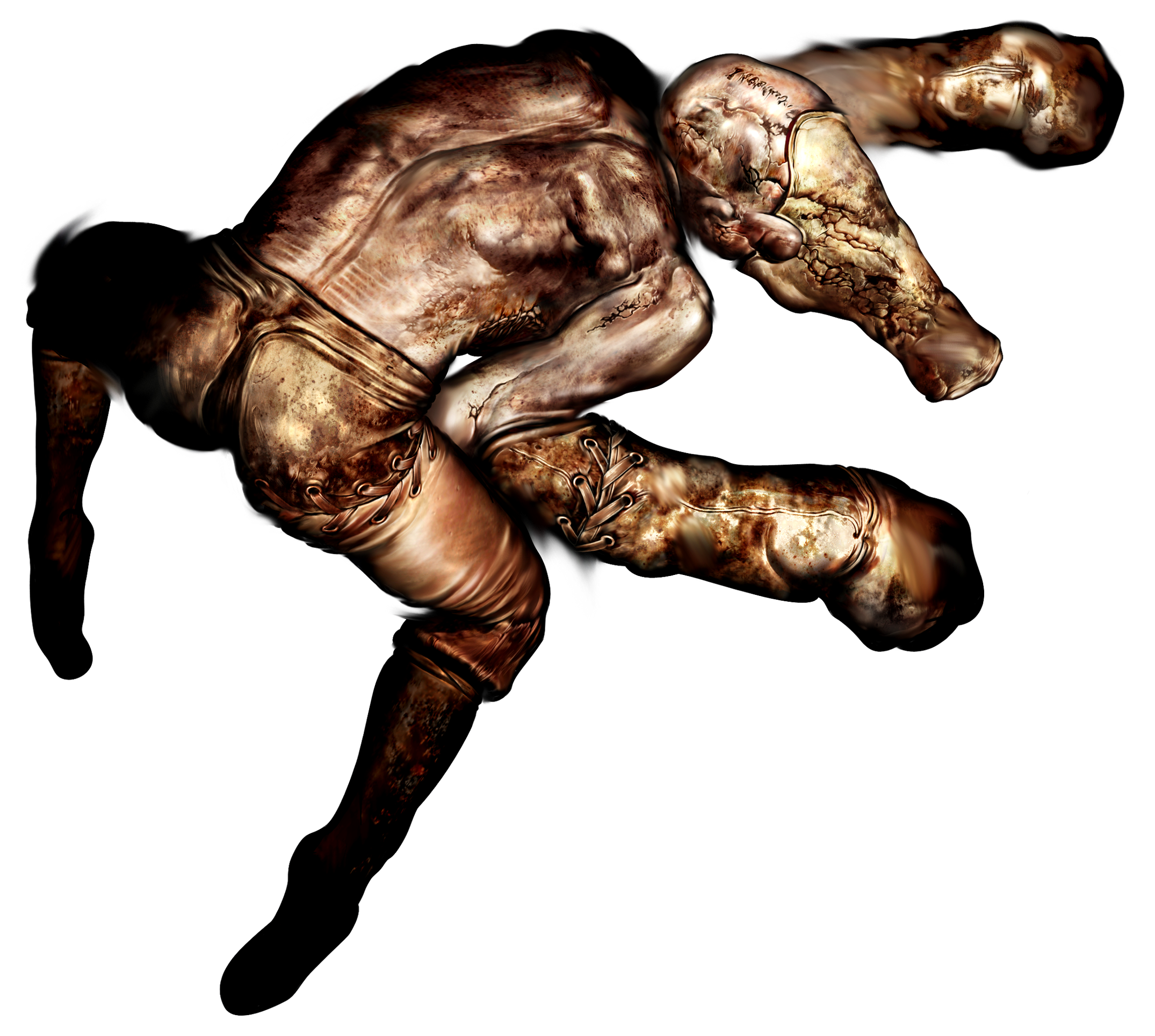 The second scare was the Mannequin Room. Anyone who has played this game know's what I'm talking about. Instead of explaining it and fucking it up, I'll instead show it.

My heart popped out of my chest at this and I had to put the game down for about 5-10 minutes. Not much else I remember about this building outside of Vincient trolling me and trying to kill the giant thing blocking the exit with weapons for about 5 minutes.

Then I got home and thought "Is the game over? Do I go back out with my dad and tear apart these monsters?" Nope! Daddy's dead. And crazy lady from the beginning is there with a monster I gotta fight. After the fight I gotta head to Silent Hill. Running through the town reminded me of the subway platform, a wide area where I didn't know if anything was gonna jump me from behind. Then I got to the hospital.

At this point I was starting to get used to this game. I encountered some Nurses, not that bad. Slurpers, yeah I'm still running. The basement where you get the SMG took the longest, as I walked very slowly as I heard the squeaking of a wheelchair, thinking it was a new monster. Encountering Stanley's letters with his doll trying to proclaim his love for Heather didn't do much for me, at first. I just kept hoping I'd never encounter him. But I did encounter Leonard. Sad to say, I kinda giggled at him. He looked kinda silly to me, like a B movie monster. I quickly made him swiss cheese with my new SMG. 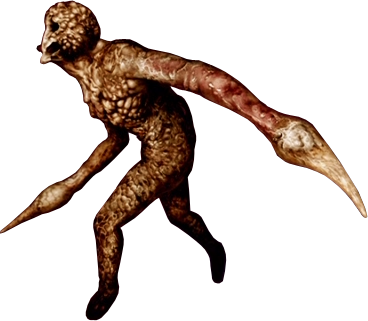 My next stop was The Amusement Park. The same one from the begining. This was where it got scary again. The Robbie the Rabbits? I stabbed each one making sure they couldn't hurt me. I went through just like the dream making sure I turned off the coaster. The haunted house did scare me, even the fake scares. Running from the red light at the end freaked me out too, in a "oh gawd, don't come near me!" way. The horses on the carousel while not freaky at that point, since I had seen them a few times in the intro, did freak me out with the realistic horse noises they made and the carnival music which made it Pennywise's wet dream. Then I fought my clone. While a easy boss I remember the off putting sound she made when hit and the distorted music. I still shudder just seeing an image of her.

All that was left was the chapel. I wasn't scared at this point and was in it more for "let's finish this" with my sword in my hand and just killing everything I could find in the chapel. Once I made it to the final boss, I just unleashed everything I could on it, killing it in two tries. First time I was careless and didn't heal.

And I made it. I had beat Silent Hill 3. My very first horror game was beaten. I finally knew what it was like to get over my fears. No more was I sleeping with one eye open and gripping my pillow tight. Once I had beaten it I went outside and took a look at the setting sun. Then I grabbed the mail and went back inside with a look of smugness and pride on my face.

- Dick pics for all.