Man Up And Admit Goku's New Transformation Was Cool

I have been a fan of Dragon Ball for as long as I can rememeber. Litteraly. One of my earliest memories of a television is me standing up on my bed as a small child (4 years old maybe) to reach my Sony two-in-one VHS/TV and change to channel 36 hoping I could catch a glimpse of Goku and friends and screaming with glee because DBZ was on. Then my mother, seeing me well attended to by Piccolo, left me alone in the house, but that my friends, is a story for another time. 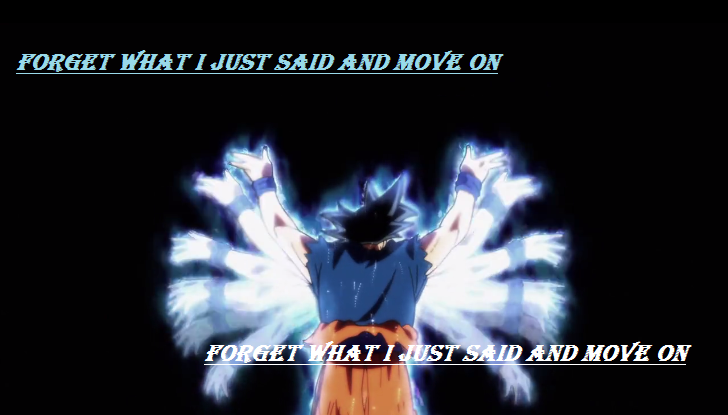 I am an absolute fanboy to the fullest extent. I'm such a fanboy that while recognizing Ultimate Battle 22, DBZ: Sagas and Battle of Z were the best games ever P.O.S. games I enjoyed them anyways. Call 'em guilty pleasures I guess. I love the Buu saga's dragged on-I don't know how to end this-BS. I even saw Dragon Ball.

"What? Dragon Ball what? Z? GT? Super? EVOLUTION?! What are you talking about guy?!"

The point is I love DB. But I can be objective. The internet seems to think that only people who absolute trash something are being objective. I went to a website full of "hypebeasts" (let's just call this place Hypebeast for the sake of anonymity) and saw nothing but people trashing the whole of Super. Which is fair considering Super earned a lot of this ire with some trash animation, frequently off-model characters, rushed story arcs and the disturbingly un-ageing Gotenks duo. Super is not very good. It is great at times. But not usually. My point is IT'S TOTALLY BESIDES THE POINT OF THIS MOMENT SO WHY CAN'T YOU ALL JUST SHUT UP AND APRECIATE THIS!!!

Maybe it's because Toei spoiled the shock of the new form. But hey, Toei gotta sell toys right? 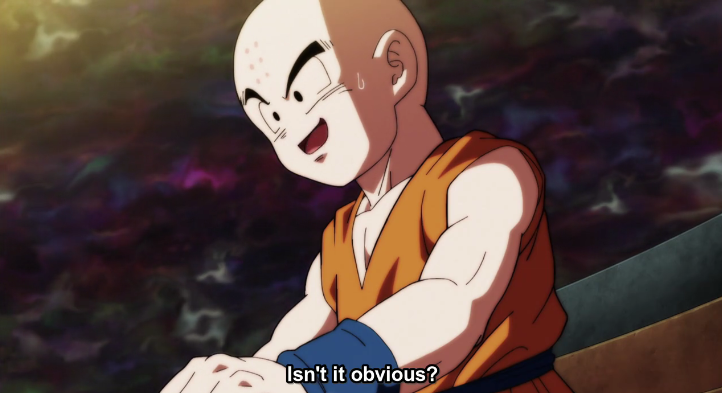 I'm just gonna list a few reasons why I loved this moment for the sake of it. If you disagree with me go ahead and spew ur h8 dwn blw pls.

1. How it came about 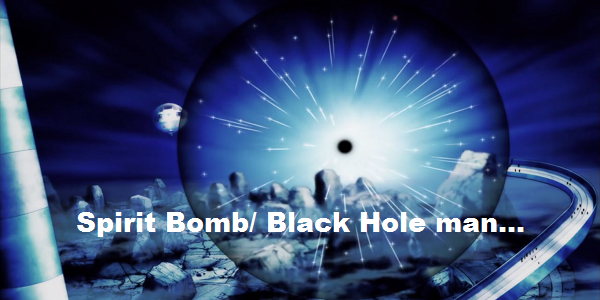 2. When it came about

Not since Goku went super saiyan for the first time have we seen this guy discover a new form mid-battle (Unless you wanna count GT). The man simply comes back from the dead in the Buu saga and pulls SSJ2 & 3 from his rear end. Even in the Cell saga he seems to have already known the buff super saiyan forms before we actually saw him show them off to Gohan.

3. Beerus' (and other less-important people's) reaction to Goku's apparent demise 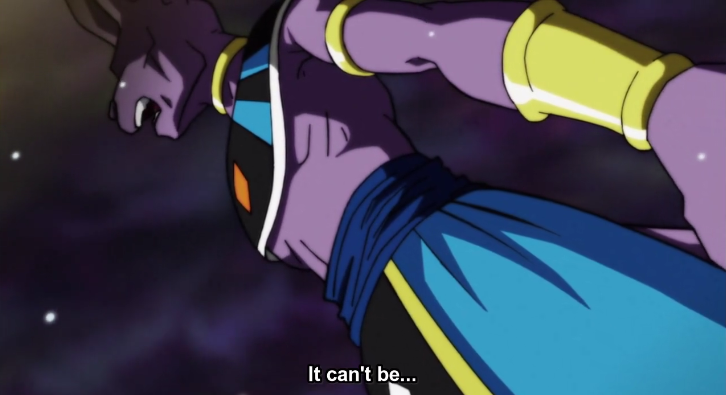 My man Beerus G-Stuff thought Goku had obliterated himself. Toei pretty much spoiled that he wasn't dead by revealing his new form early. But outside of that, they sold this well. And Jiren not being disqualified due to the fact that it was Goku's own attack just put the icing on that hurt cake. 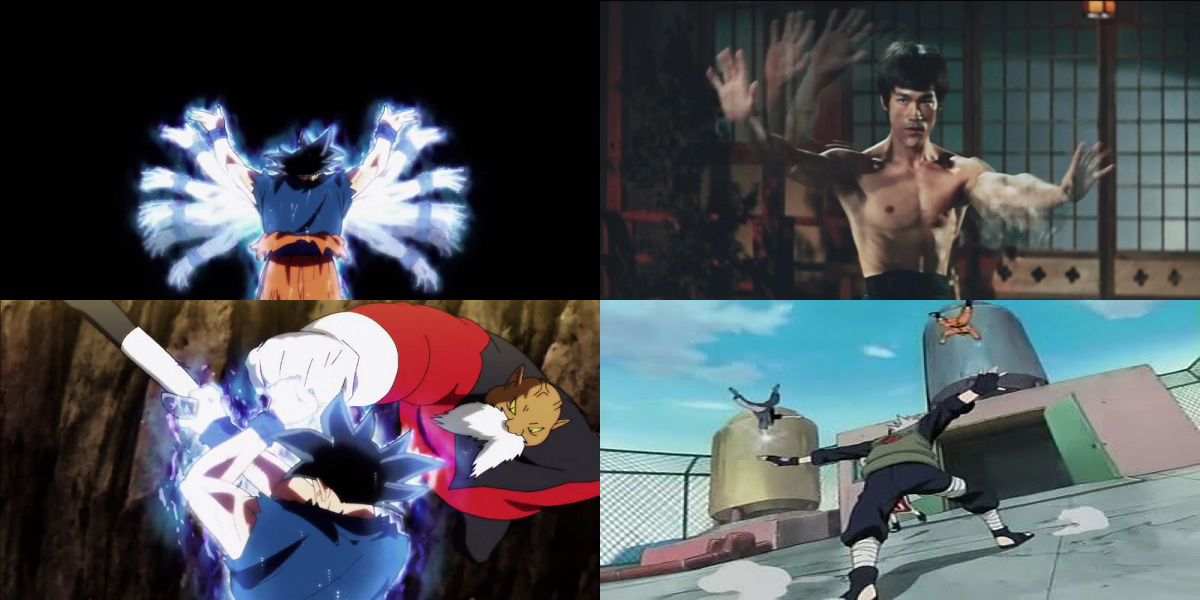 5. It actually has something to do with martial arts

Not since the Kaioken have we seen Goku get a power boost that has nothing to do with him being either Super or a Saiyan. As explained in episode 110 Ultimate Instict is a fighting state attained hardly even by the gods themselves. It has nothing to do with being part of a master race. It's pretty much about breaking ones limits and achieving a state beyond- blah blah blah. Kung-Fu stuff bruh! It's great! 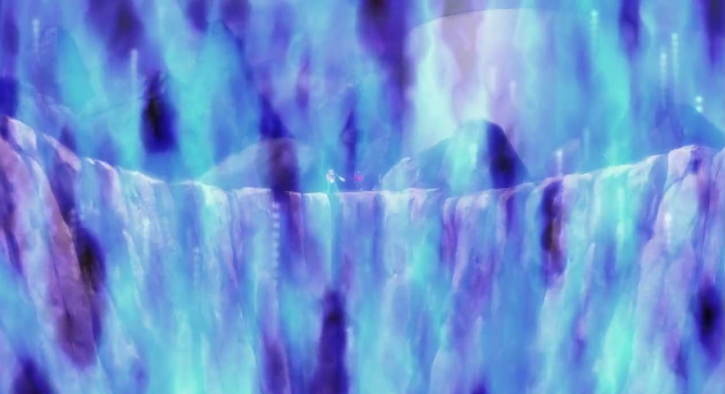 Goku can hardly see through his own aura. He's relying soley on fighting Instinct. He anticipates nothing. He simply Terminator-marches forward and reacts perfectly to any and all of Jiren's movements as if he already knows what he's planning. I doubt the time-skip could have any effect on Goku in this state.

Listen man. None of this fixes all of Super's underlying issues. But can we all just chill out and apreciate a cool moment at least? Kaioken didn't change Goku's look much either and you still loved it. So stop complaining. Just admit it was cool man. This one single episode. That's all I ask.