How hard should it be for a player to pull off a game's most difficult input? This is a question I've thought of a few times over the last few years. In the past, this question has usually been in connection with the fighting game genre and their game design. However, this most recent prompt comes from Player Unknown's Battlegrounds. Bluehole recently did an AMA on Reddit with most questions focusing on the future of PUBG and the recent changes made to the game. Reddit user Krislicoque asked the following question regarding recent changes:

“Why did you remove the jump-crouch keybind before introducing vaulting? The way I see it, that's just a major inconvenience for players and the double keybind "feature" had a lot of other useful uses - since a lot of actions are only available in certain situations (in car, under water, on foot, etc.)”

In PUBG players are able to perform a higher jump by pressing crouch and jump at the same time. Crouch-jumping enables players to enjoy a much greater freedom of movement when navigating buildings and windows. The crouch-jump feature keybind Kris is referring to was the ability to create a secondary binding for both jump and crouch on the same key. Many players used their sprint key as part of the secondary binding. Done correctly, this turned every jump while sprinting into an automatic crouch-jump without requiring players to bother pressing crouch. A recent patch removed the ability for players to double bind keys disabling existing crouch-jump bindings.

Bluehole responded to Kris with the following answer:

“We didn't remove the action itself. You can still jump-crouch, but now it requires a mechanical skill rather than a simple keybind. In our opinion, having a keybind for this action gave players who were aware of it a distinct advantage over those that did not.”

Bluehole's use of the phrase "mechanical skill" is what prompted me to start thinking about input difficulty again. The mechanical skill Bluehole is referring to is the act of pressing Jump and Crouch at the same time. Now, that doesn't sound overly challenging, it is after all just pushing two buttons at the same time. It might surprise you. When simultaneous inputs are required, games typically give players a small window of time to press each button. This lets players perform the dual input action even when their button presses are slightly out of sync. In PUGB this window of time is tiny. This gives even experienced players a fail rate when performing a PUBG crouch-jump.

Browsing through forums and the PUGB subreddit most players tend to report that they can crouch-jump successfully on 90% of attempts. My own experience in the game reflects this fairly closely. In a safe environment, I can succeed around 90% of crouch-jumps and around 70% in action moments when my mind is occupied with other aspects of the game. The initial creation of the double bind crouch-jump suggests that many players felt a 10% fail rate was too high for such a basic action. This is further supported by the fact that many players are turning to AutoHotkey scripts and keybord\mouse macros to replicate the double bind.

The question is, should players have any fail rate for such basic actions? Bluehole describes the input as requiring "mechanical skill." That doesn't sound out of place for a game, after all, lots of aspects of games require mechanical skill. PUBG is a third and first-person shooter, one of the most essential elements of its gameplay is aiming and shooting - something that requires mechanical skill. Higher skill players will hit more and less skilled players will miss more, but there is a significant difference between missing a shot and failing to crouch jump. A player missing a shot still aims and fires their gun. They don't fail on an input level, their gun still shoots, it's just a matter of over aiming or under aiming which causes the miss. Crouch-jumps fail on an input level, the player never performs the crouch-jump action when they fail. You can only compare the mechanical skill of crouch-jumping to aiming and shooting if you assume the crouch-jump succeeds 100% of the time. The mechanical skill then becomes not the act of pressing the jump buttons themselves but pressing jump at the right time to execute the jump correctly. 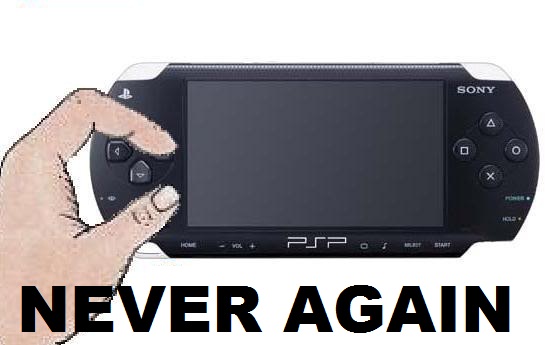 It's really a matter of what we think should comprise the skill ceiling and skill floor of a game. In my opinion, for PUBG, actions like moving, jumping and shooting should be actions all players can perform reliably and with ease. The mastery of the game should come from a players ability to aim correctly when shooting, situational awareness, communication with team members and knowing how to approach different encounters.

Finally, yes I recognize that Bluehole was trying to address a power balance issue between players who had the crouch-jump binding and those who didn't. It seems to me that a better solution would have been to make it easier to crouch-jump to the point that no one would consider making macros and scripts to perform the action.

Let me know what you think of input difficulty. Do you think there is an acceptable failure rate for basic actions? What do you think should make up a games skill floor and skill ceiling?