The Birth of a Good-Bad Movie night

Well dear children, gather round as I tell you all about one of the most wonderful events one can partake in-that of good bad movie night. Here I thought it would be fun to look back at how my particular group formed and proffer some advice on how to set about making your own. 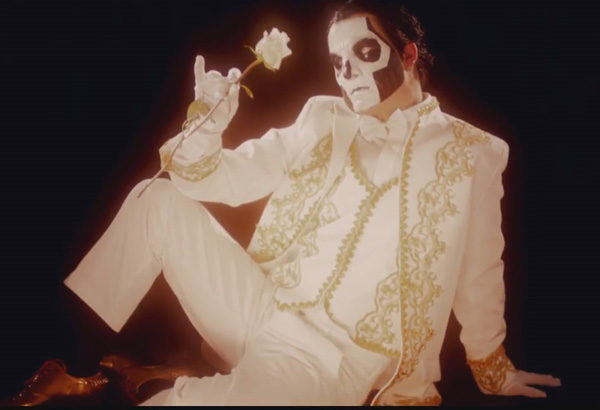 Undeniably one of my favorite YouTube channels is RedLetterMedia- probably most famous for the Mr.Plinkett Star Wars Prequels reviews, it's run by a crew that has access to professional equipment and a studio to shoot comedic skits in. They do movie reviews, interviews and parodies of certain aspects of “nerd” culture but by far one of their most popular series is their Best of the Worst series. It comes in a few different formats but one thing is consistent-they watch terrible movies and laugh their asses off at them or have their souls destroyed by them depending on the quality and good/bad factor. Much hilarity ensues, as one would expect given the comedic fodder of the videos and the large amount of alcohol consumed.

It was from this that I had a bit of an inspiration-why not watch some of the better received movies from that series and try the concept out by myself? As I had moved to a new town and had no local friends I figured that because I’m a massive craft beer snob and had to indulge somehow, why not kill two birds with one stone by drinking during a nice good bad movie?. I was able to see some really...incredible...movies and also try new beers on a beer quest as every other weekend I would imbibe and watch something. And while I had fun, as I explained in my Super Mario Bros movie review this wasn’t ideal-these movies are meant to be watched while drunk and in the company of good friends. Having people to play off of, make jokes, laugh with you and/or suffer with intensifies the fun one can have to watch the best worst stuff the movie world has to offer. However, despite that, this situation wasn’t to change until near the end of the year last year, when it was suggested to me that I should watch the Super Mario Bros movie. I was also asked if the person who had made the suggestion could watch it with me-something I hadn’t considered using discord for up until this point, but something that in retrospect made perfect sense given its chatroom structure and voice chat rooms.

This was at the time of the original Dtoid Discord when it was not quite official and still less than a year old. Every once in awhile a few community members would gather together and have chats about various things, with two of them notably getting drunk and telling disturbing stories or tales that attracted many swine to the feeding trough of horrors. I decided to peek into one of these sessions and asked if it would be appealing for anyone to watch it along with me. It got a good reaction, the date was set and the wheels were in motion for the first ramshackle Good Bad Movie Night. As my Mario blog attests, it was a riot and was incredibly successful-so much so that I decided it would be good to try to keep it going in some form.

As time went on I had to evolve how I went about this matter-I went from merely holding it larger channels to holding a PM session before eventually making a personalized discord channel. That allowed for more control over channels, voice chat channels and giving a bit more easy access to interested members. Eventually we got a turn system going as well as setting up a system where if one member couldn’t attend the next in line would pick and they’d switch spots-ensuring that not only would there be a backup in case of something coming up, but also making sure that people couldn’t drop horrible movies then avoid the terrible consequences. It took a while for the group to reach this level and I’ve been happy to see it evolve and get better as time has gone on. We’ve watched a lot of amazing things-from the wonders of Troll 2 and Double Down, to the horrors of Catwoman and After Last Season. It's been an incredible ride and it's really been a great part of my life as well as hopefully my cohorts lives.

Ultimately, I think Bad Movie Night is one of the best times you can have-it's not for everyone but if it even sounds a bit appealing then I would highly suggest trying it. My advice? Get a group of friends together whether in real life or using an online voice chat service ala discord, get a nice bit of alcohol-you’ll need a lot to ensure the proper experience-and just give it a try. Start with something safer-The Room or Troll 2 are very good Good-Bad movies that you’ll probably find the least intimidating. Figure out a schedule to keep the diversity of what you’re watching up and try to get it in on a regular schedule to make sure it's easier for people to remember to attend. If you go into this sort of thing, chances are you’ll have a great time and soon you’ll have your own group going. For myself, I think to celebrate the anniversary of this little group I'm going to rewatch the Super Mario Bros movie and make sure to try to keep this thing going for another year.

Feel free to let me know your thoughts, what movies you’ve seen and any group advice or whatnot in the comments!