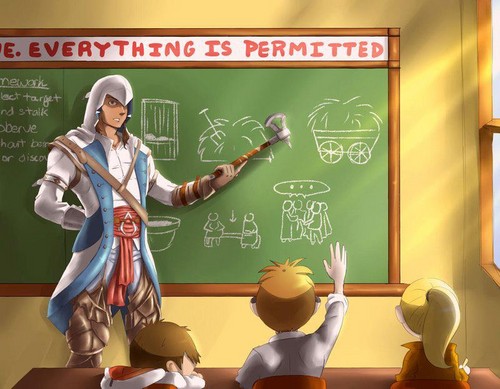 "Wait a minute, bruh... This title makes no sense. Assassin's Creed is all about Shankin fools! You trippin'!"

Listen man. I get it. But to combat that sentiment, let me tell you about my wife. She loves video games. She loves traveling. She loves learning about history. What she DOESN'T love is watching Connor (Yeah I said Connor, I can relate to his struggles so get over youself) slip a hidden blade into a clueless NPC and turn him into a ruby fountain. To Ubisoft's credit they know a lot of people feel the same way. As evidenced by the fact that since the first assassin's creed game, we have been able to disable blood, Ubisoft is well aware that a large amount people would be drawn to the franchise on the strength of it's beautiful locales and hidden history lessons alone; no violence necessary.

To many, an Assassin's Creed title isn't a mindless slaughterfest. It's a time machine. One that can only go to one location and time period but a time machine nonetheless. And in a genious move, Ubisoft will be captilizing on this in the upcoming Assassin's Creed: Origins that will finally let fans go where they have been begging to go to since the beggining. FEUDAL FREAKING JAPAN!  Ptolemaic Egypt! 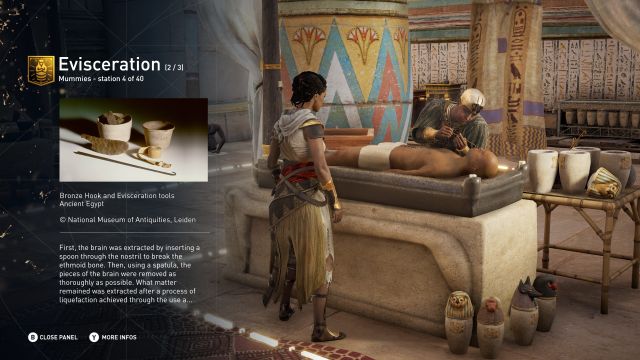 In a free update comming early 2018, fans will have access to a new way to play in a mode dubbed "Discovery Tour". This mode will skip out on violence completely and remove all combat situations (which is a bit unrealistic as I'm pretty sure ancient Egypt had mad roving gangs of robbers ready to jack fools but lets put that aside). You will be able to see NPC Egyptians and wildlife behaving as they would back then. There will even be guided tours of things like the Pyramids from Egyptoloists! Come on man. Even if you love the combat (which was never that great but whatever), you've got to apreciate this adition. Especially if you're a parent. Your kid will be begging to learn history! This will put a few copies of AC:O in history classes across the world no doubt. Personally, I hope every future AC title does this. So much better than the countless docs on Netflix my wife and i have been watching. 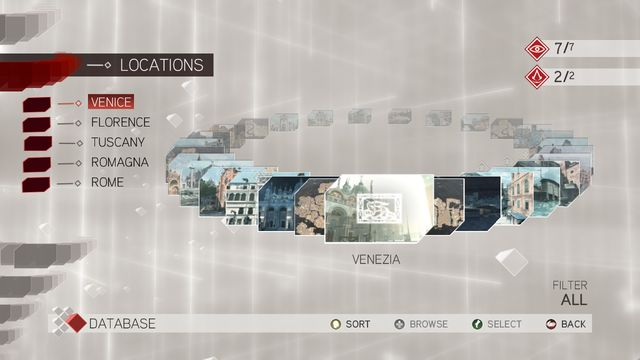 So, back to the title of the article. Even in a brutal game like Assassin's Creed there lies a lot to learn. Even without the adition of this new mode there has always been a history book in each of the AC releases hidden in the "Database". Even in the flawed Unity, my wife was able to take utter delight in getting to see paris during the French revolution. And she was able to do this without offing a single gaurd. Well- maybe one but that was totaly an acident.