Xbox One X vs PC: Misconceptions

I haven't done one of these console tech blogs in years, but I've gotten a little exasperated trying to correct people in regards to the Xbox One X. There are a lot of false comparisons to PC hardware by people who don't really know what they're talking about. So I'm going go through some of these odd assertions I keep seeing and explain what's wrong with them. The Xbox One X is nice hardware but it's not as powerful some gamers seem to think it is. 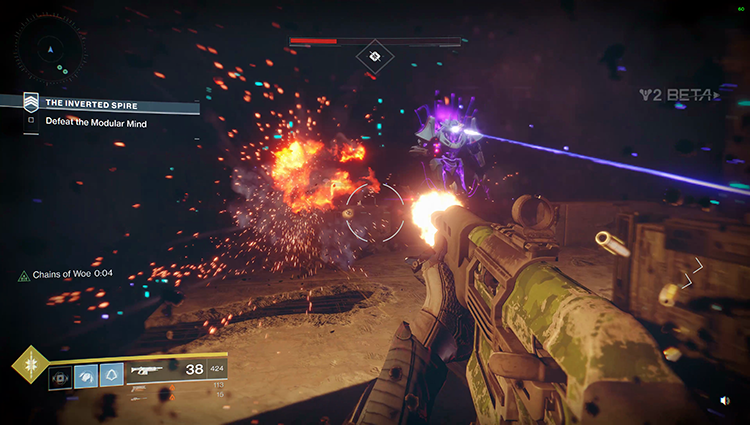 Destiny 2: Like most Xbox One X games this is a 30fps title. (PC screenshot)

This is one of those "right but wrong" statements. Yes, the X has more RAM than a 1080ti. However, a 1080ti is not an entire system. PCs have two types of RAM that work in tandem.

The first type of memory is "system RAM" (DDR3 or DDR4). It is general-use, low-latency memory. A typical "gaming PC" has 8-32GB of this. A lot of game assets are loaded into this, or cached here for fast access later. It's also what most of your regular programs like Firefox or Office use.

The second type of memory is "VRAM" (video RAM). This is the super-fast memory that resides on a graphics card (some type of GDDR5 usually) and is used mostly for game specific stuff like textures. Currently most popular PC graphics cards like the RX 480, GTX 1060, and GTX 1070 have 6-8GB of VRAM. The GTX 1080ti has 11GB of it.

The Xbox One X has 12GB of unified RAM – its memory is all in one pool and can be allocated as system or vram. It's very fast memory because it must function as VRAM as well as system RAM. 3GB of it is reserved for the OS, leaving 9GB for use by actual games. That 9GB has to function as both system and video RAM for a game.

So if we're to be accurate here, the Xbox One X has 12GB total memory, and your average gaming PC likely has at least 16GB total – most likely 24GB or more. If anything the X is a little low on memory next to a gaming PC.

Mmm-hmmm, it does. The X has 6, the 1070 has 6.5. The problem here is that if you are going to compare systems by Teraflops (and you probably shouldn't), you need to at least stay within the same brand. For example, let's compare the AMD RX 480 and Nvidia GTX 1060:

These are comparable cards in the same price range. On average, though, the Nvidia card is a little faster in games – despite having 25% less teraflops. Can you see the problem? The Xbox One X is AMD tech, the 1070 is an Nvidia card. Since Nvidia gets "more performance for their flops", if we use Teraflops as a measure the 1070 is probably considerably faster than the X, more so than that half-teraflop difference would suggest. The X's GPU is probably more comparable to an RX 580, a recent AMD card that's just over 6TFLOPS and slightly faster than the last-gen 480. In Nvidia terms, then, the Xbox One X is probably more comparable to a 1060 than a 1070.

Doom running at 4K Ultrawide on a GTX 1070. It's pretty amazing.

Welcome, again, to AMD vs Nvidia comparisons not working too well. Nvidia cards tend have less bandwidth than comparable performance AMD cards, relying instead on compression and caching to reduce the need for so much raw bandwidth. AMD tends to be a bit more brute force. So to compare:

The gulf isn't functionally significant here. The comparison is also missing something – that this is the bandwidth for just the graphics card's VRAM. A PC's system RAM has its own bandwidth, typically 12-26 GB/s for DDR3/DDR4. That sounds slow, but that kind of general purpose memory needs much less bandwidth.

In any case, memory bandwidth isn't a great measure of performance. Usually it only becomes a relevant issue if you run out of it, and cards like the 1070 have more than enough bandwidth to do their job. For example, while running the Forza Motorsport 7 benchmark at 4K my 1070 only reached 50% of bandwidth usage.

This is an issue of PC and console gamers having different standards. On PC when we call a card "4K capable" we generally mean a card that can run AAA games at native 4K at 60 fps. If you lower the standard to just 30fps – which is the target for most major AAA titles on the X – you can get by with a far less powerful card than the 1080ti. The GTX 1060 and RX 480 can probably handle just about any game at 4K/30fps with settings comparable to the Xbox One X. Prices are inflated right now due to currency mining, but those are mid-range $250-$300 cards.

Actually, modern consoles probably waste more resources on their OS's than PCs do. When the PS4/One launched, each had 2 of their 8 CPU cores dedicated to the OS. That's 25% of their already meager processing power gone, though partial access to a 7th core was later opened up. And they only have roughly 5GB of their 8GB of RAM available to games. That's 40% of their memory taken up before you even start up a game. The Xbox One X only has 9GB of its 12GB of RAM available to games. That's still 25% reserved for the OS. This is all way more resources than Windows needs in the background on your PC.

Consoles do have an advantage in terms of programming more directly "to the metal" without going through API's like Direct X. But newer PC API's like Direct X 12 and Vulkan are narrowing that gap. And optimization doesn't mean you magically get performance out of nowhere. Eventually you run into hard limits, or reach a point where it's vastly diminishing returns.

Forza Motorsport is a tough game to compare because it's almost impossible to match game quality settings. That's because its engine can scale detail levels on the fly to maintain its performance target. If you manually jack up everything in FM6 Apex to Ultra on PC the game can be demanding and drop below 60fps in fog/mist-heavy weather conditions on my GTX 1070. But if you just set it globally to "Ultra: Dynamic" with a 60fps target the game runs flawlessly at 4K and looks gorgeous – while only using about 60% of the 1070's processing power. It is almost certain that the Xbox One X is using dynamic settings like this. On both platforms, the game would be actively culling less noticeable details to maintain a smooth framerate. But without being able to lock both platforms to identical settings comparing game performance is tough.

Once the X is out, though, we'll have a lot more games to compare across the two platforms.

I got the Forza Motorsport 7 demo after I wrote this. Runs great at 4K on Dynamic Ultra on my 1070.

So How Does The Xbox One X Really Compare to PC?

Well with the GPU we're probably looking at performance around the range of an RX 580 or GTX 1060. These are mid-range $250-$300 PC graphics cards that are relatively powerful and should manage 4K/30fps at very high settings in basically any game.

Things go downhill from there, though. Relative to its GPU, the X's CPU only gets a minor boost and is grossly underpowered compared to the CPU in a typical gaming PC. To give you an idea, Bunji said the console versions of Destiny 2 were 30fps due to CPU constraints. Well, according to tests by Digital Foundry, on PC a $65 dual-core CPU can run Destiny 2 at 60fps. Yeah… the X's CPU is worse than a bargain-basement dual-core PC chip. So don't expect 60fps in very many games, and it's possible CPU-demanding graphics settings could be pared back on the X as well.

In terms of memory the X has enough to get the job done with higher quality textures than the PS4 Pro. Compared to a mid-range gaming PC, though, 9GB of RAM is kind of anemic. So the X could bump into some RAM bottlenecks in resource-heavy games.

Still, the Xbox One X does exactly what it's designed to do – make Xbox One games look great on 4K televisions with higher resolutions and better graphics settings. It was never meant to run 30fps Xbox One games at 60fps. If you're an Xbox One gamer and like Microsoft's exclusives and cross-platform titles then it is probably a great buy if you own a 4K television. But I'd choose between the X and the Pro based on which games you want to play, not the hardware capabilities.

There is one big advantage with going PC for your 4K gaming needs, though. On PC, almost every game is potentially a 4K title – including your entire catalog of last-gen games. Being able to crank most of your old games up to 4K means you'll have a huge number of games to play at 4K without needing to wait for Microsoft or Sony to patch them. And a mid-range card like the 1060 can probably run many "last gen" titles at a full 60fps at 4K.

Hope a few people find this useful. If you have any other questions, or any corrections, let me know in the comments. I know a lot because I've been a PC gamer for 20 years, but there is always someone who knows more.