It's a CCG. [Collectible Card Game, for the uninitiated.]

The previous game in this series was a very unique take on single-player CCG. But this game is the epitome of traditional CCG.

On the complexity side, it is definitely more like Magic: The Gathering than Hearthstone. And on the playability side, it is simple to pick up and has an elegant implementation of player interaction.

Refinements made from Magic: The Gathering style:

Refinements made from Hearthstone 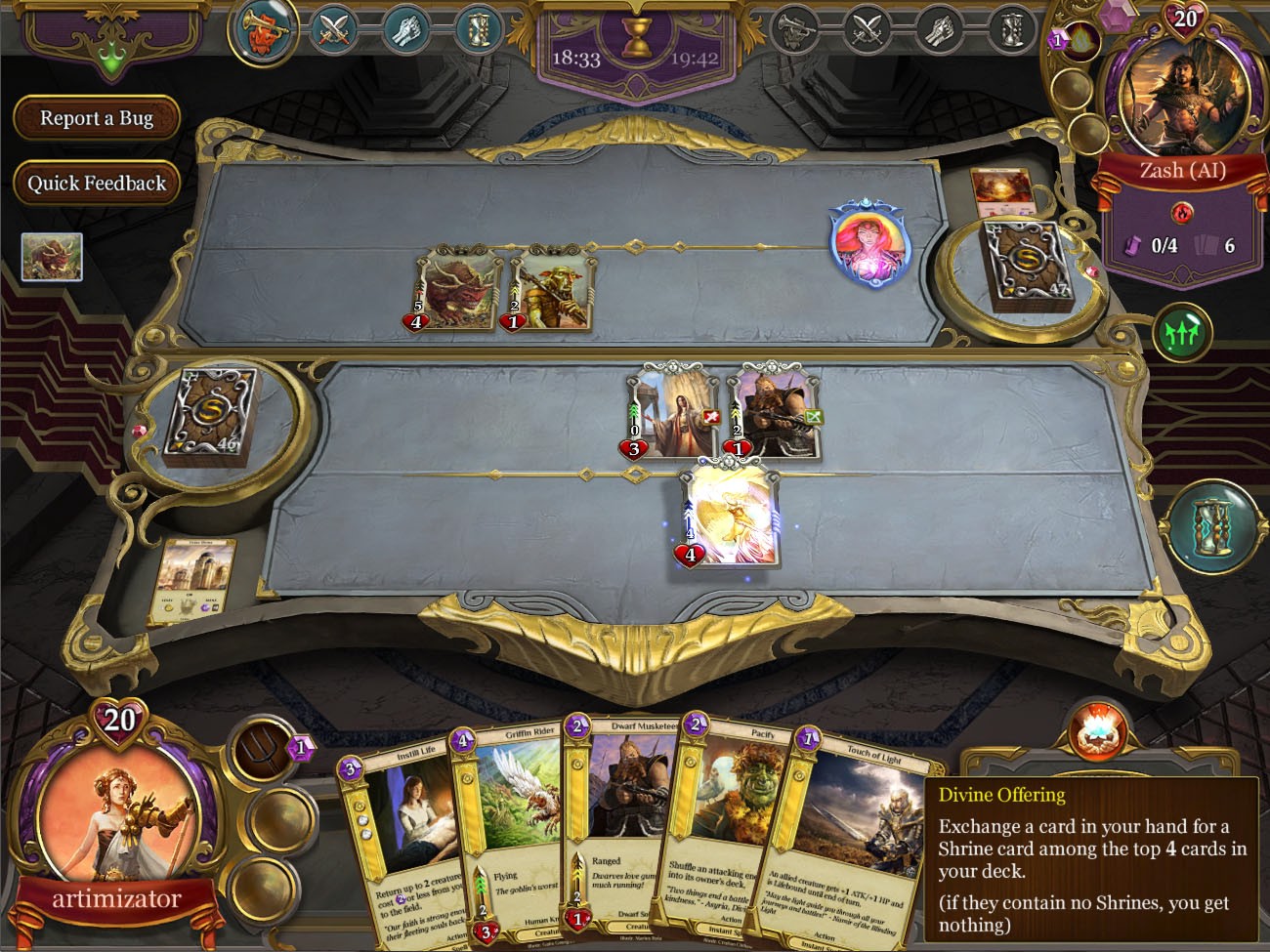 Sample game. The player has run out of land (Shrines) and is ready to make a Divine Offering (see bottom right).

Ah CCGs. Thanks to Hearthstone, the floodgates have been opened and we've seen a lot of bad ones, some good ones, and too many that just weren't played.

And among the ones that weren't played, the one that breaks my heart the most is Spellweaver.

I understand why it would not grab people's attention. It doesn't distance itself from traditional CCGs in a way that Duelyst, Faeria, Runescape Legends, or Gwent do. All these game have many mechanics that differentiate them from Magic and Hearthstone.

Without a clearly differentiating mechanic, it's hard for a game like this to stand out. And their visual design, while good, is not nearly as standout as some of the games I mentioned above. Nor is it based off of an existing franchise, like Elder Scrolls: Legends or Plants vs Zombies Heroes.

With all these other variations available, not to mention with most people already too invested in Hearthstone or MTG to break away, it's tough to get audience for something that's better** but new.

**obviously a subjective opinion, but I think I've justified it enough above.

The game is still alive. I think the creators still have a roadmap of where they want to take it. And monthly tourneys are still happening. But overall, I don't think it is an exaggeration to call this game "overlooked" compared to other CCGs.

And even though I understand why it was overlooked, it still hurts.

If you are into CCGs, or just curious about an experience that's more fair and more deep than Hearthstone, check out Spellweaver.

And for the next entry in this series, I promise it will not be a CCG.