Stick 'em in a stew?

Welcome to Bass Answers Everything, a series I'm starting right now that aims to provide in-depth answers to whatever question you might be asking yourself. Ever wondered about how technology works, even wished for the hottest tips related to a game you're struggling with, or other random stuff related to video games and/or anime and/or TV? I'm here to find the answers for you. Just send me your questions over at [email protected].

For this first blog, the question comes from local mech enthusiast Mike Sounders.

I'm glad you asked, buddy. There is actually an existing IP that is absolutely perfect for this sort of crossover. It fits so well, it's practically begging to be applied to a game like that. I'm talking, of course, about Fate. It's a multi-media series that covers video games, anime, novels... And its first release, Fate/Stay Night back in 2004, had all the elements that could make something like this work. The story focuses on the Holy Grail Wars, where seven mages summon seven heroic spirits from across history to fight for them. As the name implies, the winner of this war can ask the holy grail for a wish. There are a few reasons why this setting works perfectly, story-wise, for a crossover game:

Now that we've covered the game's world, time to quickly talk about the gameplay of that hypothetical project. There have already been a handful of Fate games, from Visual Novels to the recent Warriors-like Fate/Extella. I don't think either style would be the way to go with this, however. For something appropriately flashy for a crossover war like this, even on a tight budget, I'm thinking of a fighting game. Something similar to Arc System Works' upcoming BlazBlue Cross Tag Battle, where the overpowered special moves can be pushed to the extreme with instant kill attacks. And to represent the master/servant dynamic, the game could have a roster of 14 characters. 7 masters created from the ground-up for this game, and 7 servants from different media franchises. You pick one of each, your opponent does the same, and then you fight! 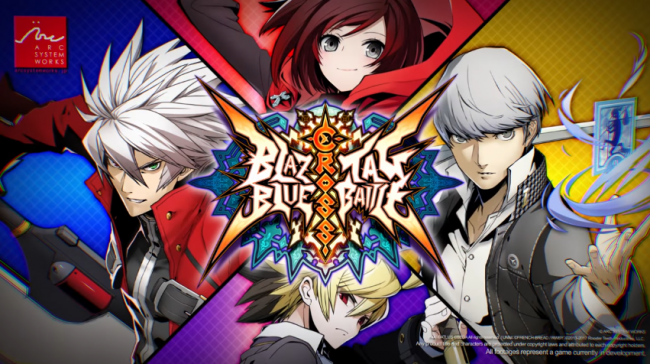 As for the characters I'd pick from my favorite anime, here's a selection of seven that I feel could fit nicely. Of course, if you want to try the same exercise, I implore you to try it out! There's a list of available servant classes in the Type-Moon wiki. 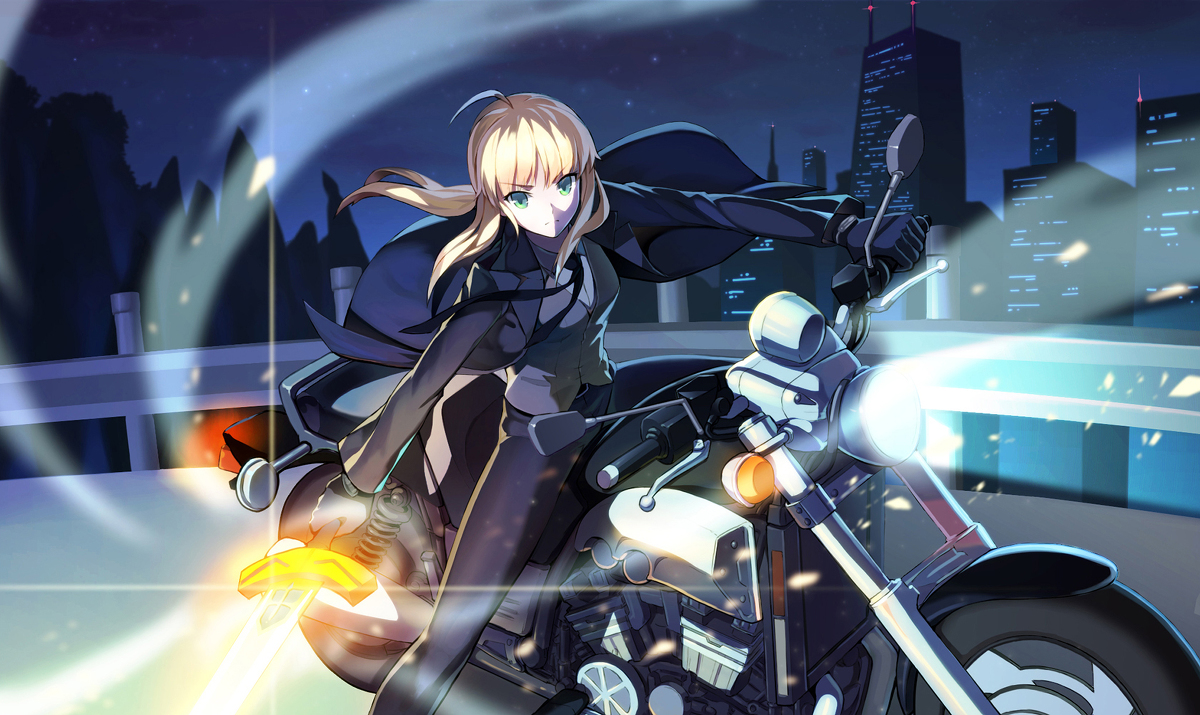 What did you expect, King Arthur (or at least a character that looks just like her) to be absent from something Fate-related? Ha! No way. As a Saber class, she possesses strong and quick melee attacks but suffers at a distance. I'm not quite sure there's a fun way to include Avalon, the sheath that protects its wielder, in a fighting game... But seeing Excalibur charge up and deliver a ridiculous blow for her instant kill would probably never get old. 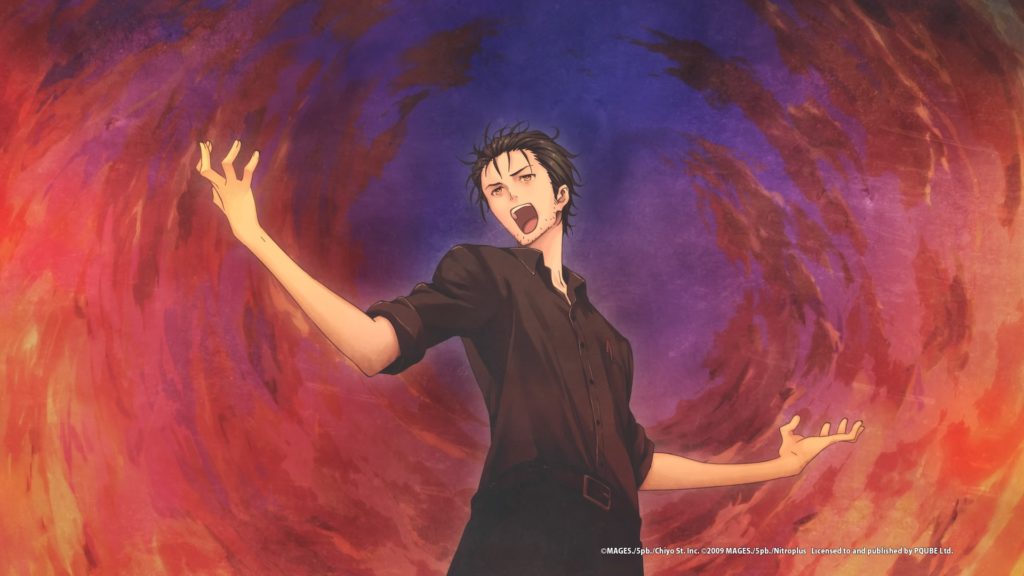 The self-proclaimed mad scientist is here to disrupt the world order and foil the organization's plans! In the original story, Okabe was just a regular guy who worked on terrible inventions with his friends, but is stuck in a conspiracy way larger than he is when they accidentally discover time travel. As a heroic spirit, his future gadgets could turn out surprisingly useful. A serious Okabe silencing people with weaponry, making him a perfect long range fighter? Yes please. And the time travel elements from the show could be represented by time stop abilities. 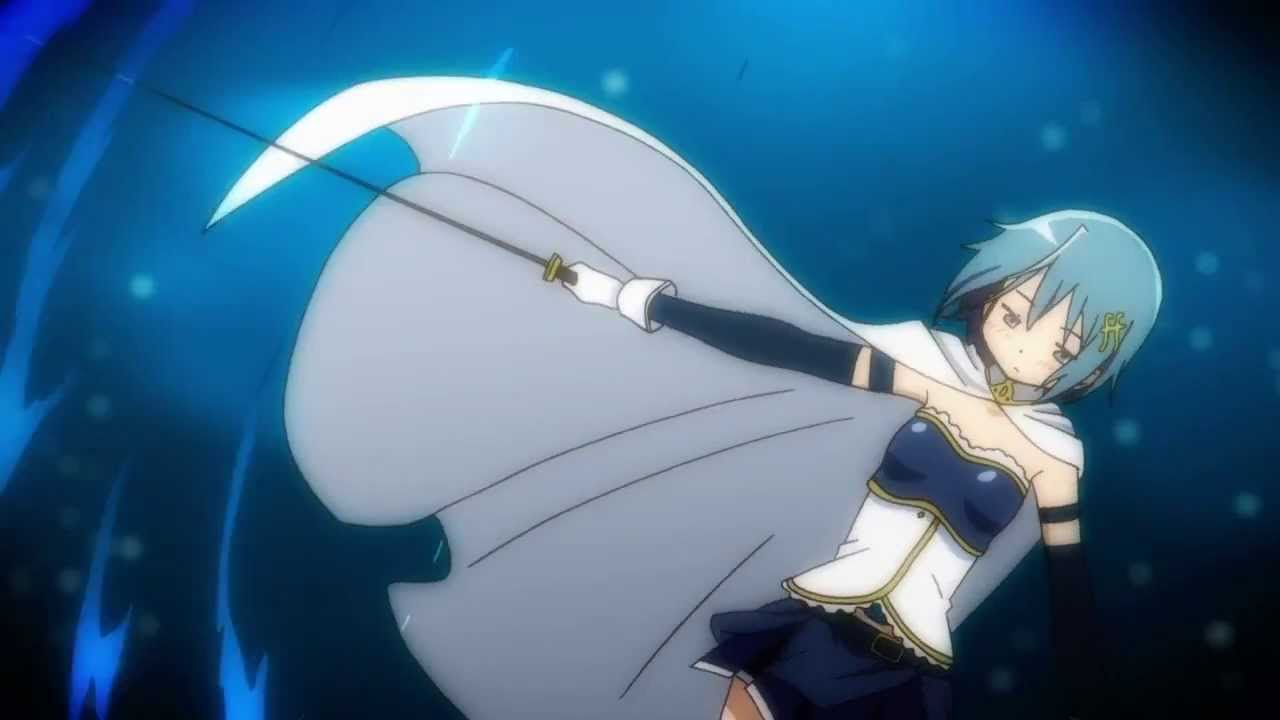 I know what you're thinking. Why not Homura, or Madoka herself? Assuming you know about the show, of course. If you don't, it's about gals who get a wish granted in exchange for becoming magical girls. As magical girls, they need to defeat evil and otherworldly wishes. The two characters I mentioned earlier are the main characters, and while they get better roles I feel like Sayaka fills a better niche. Madoka appearing as a magical girl kind of defeats the point of the source material, and Homura's time powers are redundant with Okabe. So, Sayaka it is! Fighting with a sword just like Saber, I see her as a quick and nimble melee character, that can change into a slower and more powerful form at the expense of health. 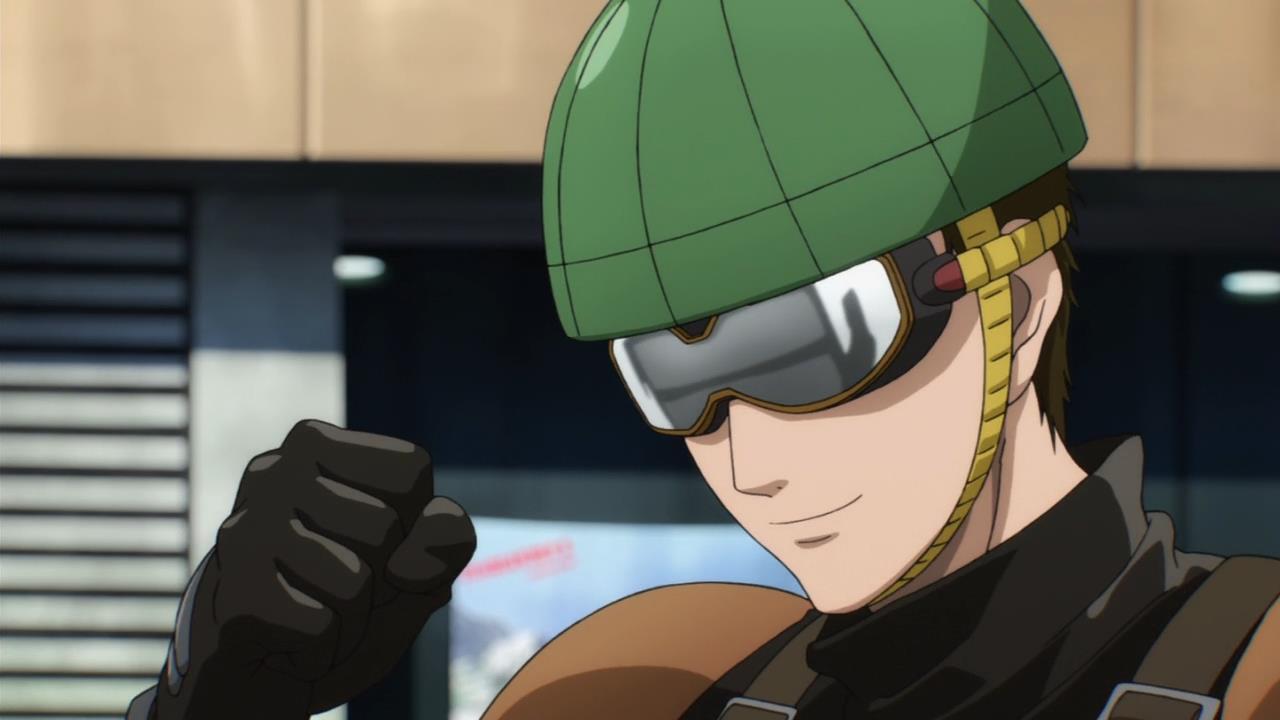 In the world of One Punch Man, main character Saitama ends up defeating most enemies, since his obscene power allows him to destroy pretty much anything in one punch. The show focuses on both Saitama's struggle with the boredom caused by his powers, and the struggle of the supporting cast to be as heroic as possible despite their lack of power. Imagine how hype it would be to see Mumen Rider actually put up a fight, though? I would pay to see that. 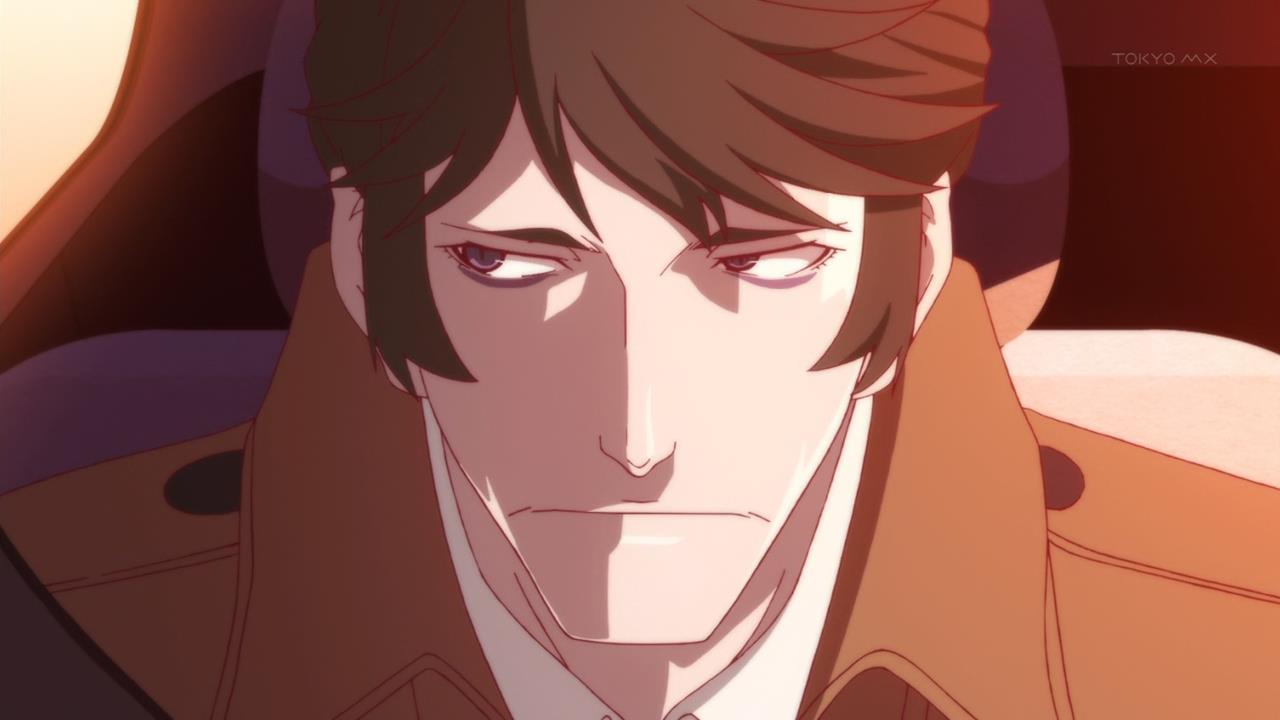 It's extremely hard to define the Monogatari series. They're extremely exaggerated tales of spirituality and youth, where mythology mixes with guesswork and lust. The main character, partially a vampire, deals with his friends' emotional trauma while also having the hots for his sister. One thing's for certain, however, and that's that Kaiki is the objectively best character in the show. A con man by trade, he offers genuine curses while pretending to be a hack pretending to be a talented magician. This man, hiding under layers and layers of secrecy and lies, would work wonders as a gimmicky and off-putting caster. 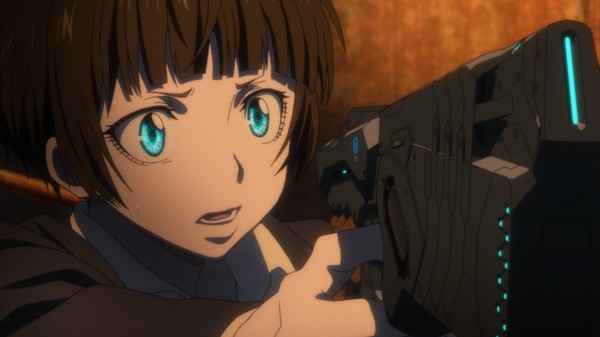 Psycho-Pass is a very interesting series. It presents a futuristic "dystopia", where AI-powered weaponry stuns or kills people it determines to be criminals before even they commit any crimes. The show's perspective, however, comes from the eyes of the police who protects this system. The rebels are shown as villains, not heroes. It's an appreciated twist on the formula, and as a whole, I found it delightful to watch. Of course, this game probably wouldn't explore any of these themes, but the high-tech guns she would wield with impeccable precision and speed would make it all worth it. 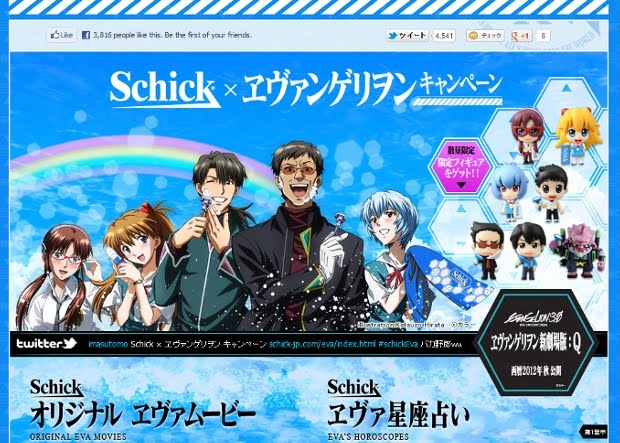 You can't spell "anime" without using four letters from the word Evangelion. This psychological horror/mech anime series was so popular, people aren't even upset that it has become more of a tool for advertising to shut-ins than an actual well-maintained intellectual property. And Rei, the emotionless girl, has basically created a popular character archetype by herself. Anyway, what I'm trying to say is that she'd be fighting with the Spear of Longinus because Heroic Spirits are allowed to be overpowered like that. What are you gonna do, start the third impact over this?

Now that I've thought about it, I'd actually love to play a game like this... If Super Robot Wars managed to happen, maybe this could too?