Cave Story and Its simple but excellent weapons mechanic

Cave Story is considered one of the best independent games ever created, it has an extremely nostalgic vibe and offers a quite solid gaming experience. They are a lot of memorable things we could mention but definitely, one that caught my attention was the weapon management mechanics.

In many games you can add some sort of add on to weapons, for example in Fallout 4 we can add scrape parts to our weaponry to improve it, we can also talk about Borderlands, where you can combine your rifles and guns to get better ones.

Yet in Cave Story the weapon system is different, the developer designed a system based on levels. Each weapon in the game has a total of 3 levels. In order to level up, you need to collect “Energy Crystals” (Dorito shaped), these are released by enemies and depending on the type of weapon, the modifications have a different effect on each level. The interesting thing is a mechanic where if the enemy hurts us, the weapon loses its experience points and can downgrade to a lower level. I remember a few years ago when I first discovered this game, I really didn't like this mechanic, but now I’ve learned to appreciate this leveling concept. 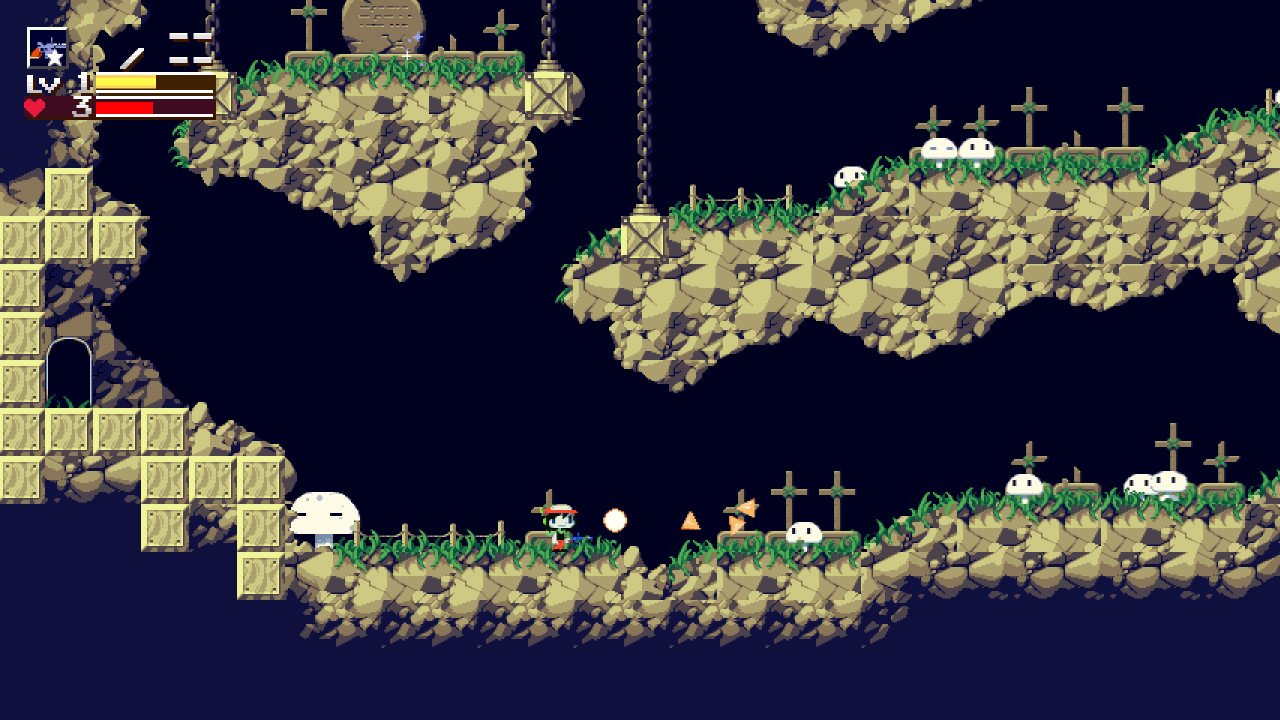 This is a really smart idea since getting hurt is not only important in terms of keeping your character's health but also to keep the effectiveness of your weapons.  The weapon then is not only a tool, a means of defending yourself it's on itself a game mechanic, something we need to take care in order to keep the consistency in our attacks. This leads to having to dodge, kill, ignore and think instead of just rushing in all, it adds complexity and another layer of depth and spice to the mix.

It works particularly well because of the variety of weapons that Cave Story has to offer, they’re some that take this concept and give it a lot more importance, for example, the Machine Gun ; At the beginning is just a weapon that shoots at an incredible speeds but when you upgrade it to the third level, it gains the ability to propel you up  in the sky when you shoot it at the ground. We then have the Nemesis which instead of adding damage points when you level it up it decreases it, to the point where it ends up shooting rubber ducks. 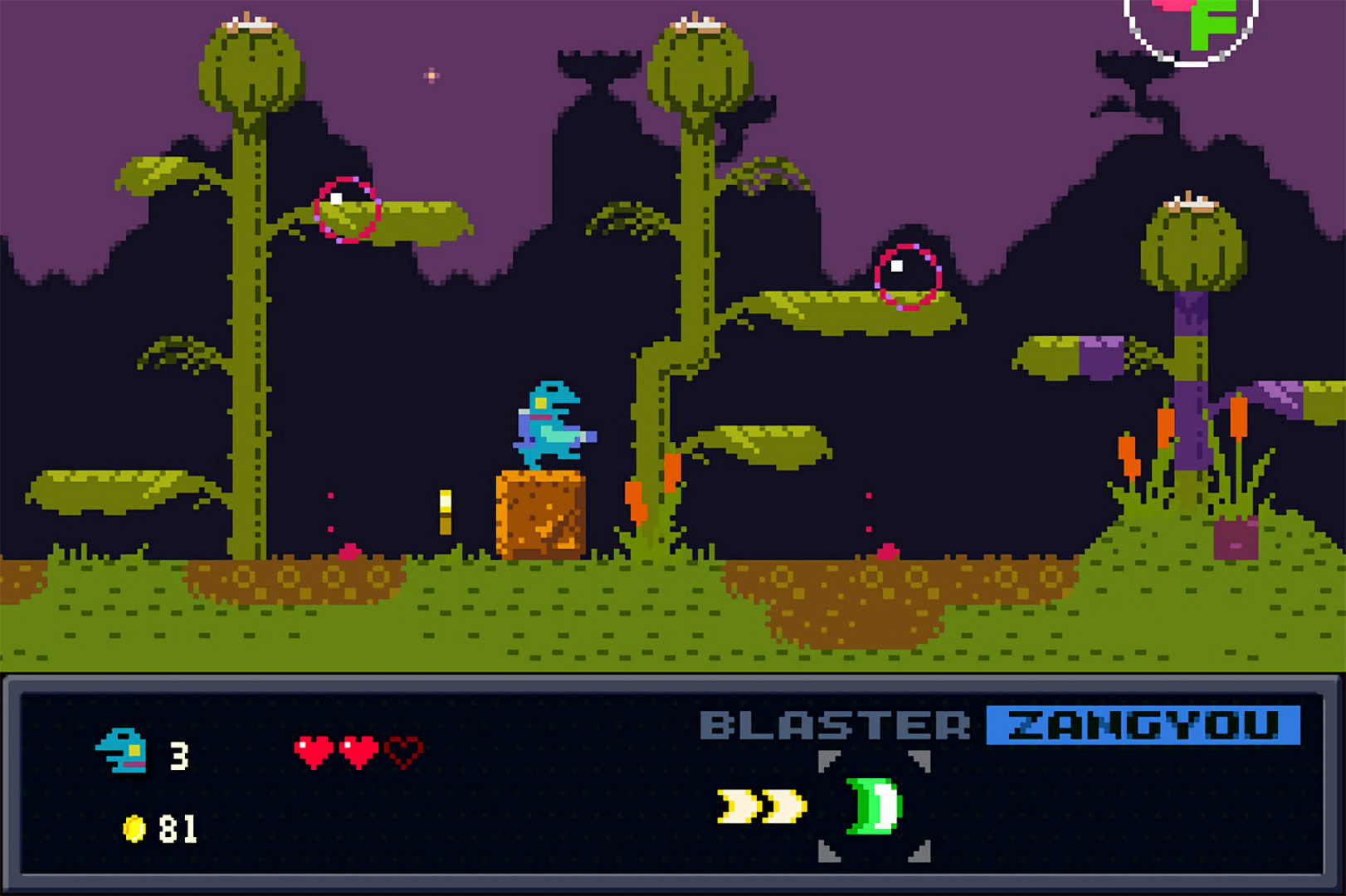 You can see a little what  Cave Story would have been like without weapon levels in Pixel’s newes project Kero Blaster where the weapons don't have levels, instead they have add ons that can be bought. I want to make something clear, it's not that I think Kero Blaster is a bad game, I would recommend anyone that has enjoyed Cave Story to give it a try, however, the game feels on an inferior level if you compare it to Cave Story, because it lacks this extra layer of complexity and spice and divorces the leveling up of weapons from the game mechanics.

Indie game developers have this passion for developing little details that make the experience stand up as a whole and set them apart for the rest. If you haven't played Cave Story .. what are you waiting for? , if you have played it, I’d love to hear your thoughts on the weapon system. is it interesting? do you find it adds to the game ? or you prefer a more conventional approach?

Hi, my name is Fernando and I really like Videogames. Lately, I've been playing Indie games so you will see me talk more about them. I really don't have more to say. My Twitter is @nandobott if you want to follow me.