I wanted to do this series weekly. And my previous entry was over six months ago. Life is a ... something. Anyway, I'm back now.

For the second installment of Overlooked Gems, I want to bring up Card Hunter. Card Hunter is a game about playing table-top RPGs. The main campaign is single player, in which you control three custom made characters (likely, one warrior, one mage, one priest) who go on a cross-continent adventure. There are some CCG elements that dictate how these characters use their abilities and items in combat. 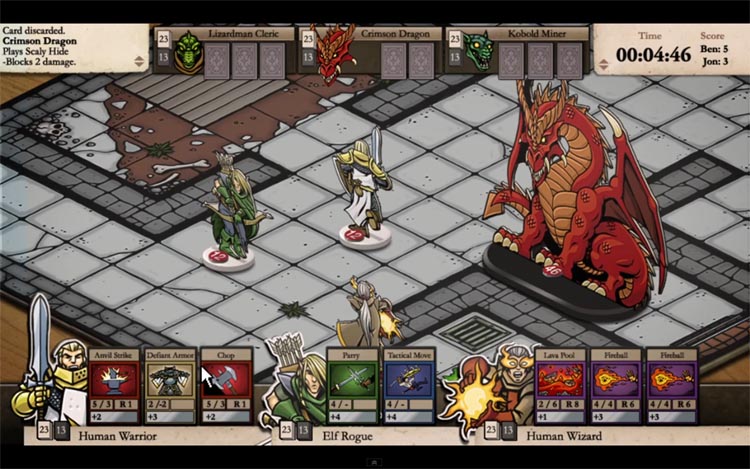 The best thing about the aesthetic / narrative is that it never pretends to be a "real fantasy world." It's just three friends playing table-top RPG with an obnoxious GM (don't want to spoil anything, but the obnoxiousness is gone after the first few scenarios). All the game characters are cardboard pieces moving on a square tile and the scenario loadscreens are pages from the game guide.

And while their RPG quest continues like a traditional fantasy adventure, there is an engaging narrative about the players controlling the characters, and how their inter-personal relationships evolve over the course of campaign.

Meanwhile, I also felt completely at home with the turn-based combat mechanics on a tiled board. My first big PC game was the original Age of Wonders, so this just felt like a scaled-down version of that game.

It also has a multiplayer mode, but after trying it a couple of games, I decided to stick to the singleplayer campaign.

The big reason people overlooked this game (many on purpose) was because it was released at a time when Free-to-play was the most vile malediction you could call a game. It was only over the following year or so (especially with the release of Hearthstone) that players would start giving the F2P model the benefit of doubt.

Card Hunter was the first F2P game that I played which had a fair and definitely-not-annoying model. It gave me hope that other game devs would also start moving away from that utterly frustrating limited-play-per-time-unless-you-pay model, and thankfully they did.

But it was too late for Card Hunter. The price of being a pioneer, I guess.

Alright, fine, the game is not quite so dead in the water as I implied. Once the foul stench that accompanied F2P had mostly dissipated, and once the game made its debut on Steam (still as F2P), I think it picked up pace again. It has a healthy number of total reviews on Steam, now approaching nearly 3,000. And the devs have not stopped updating it – the most recent update was in December 2016. 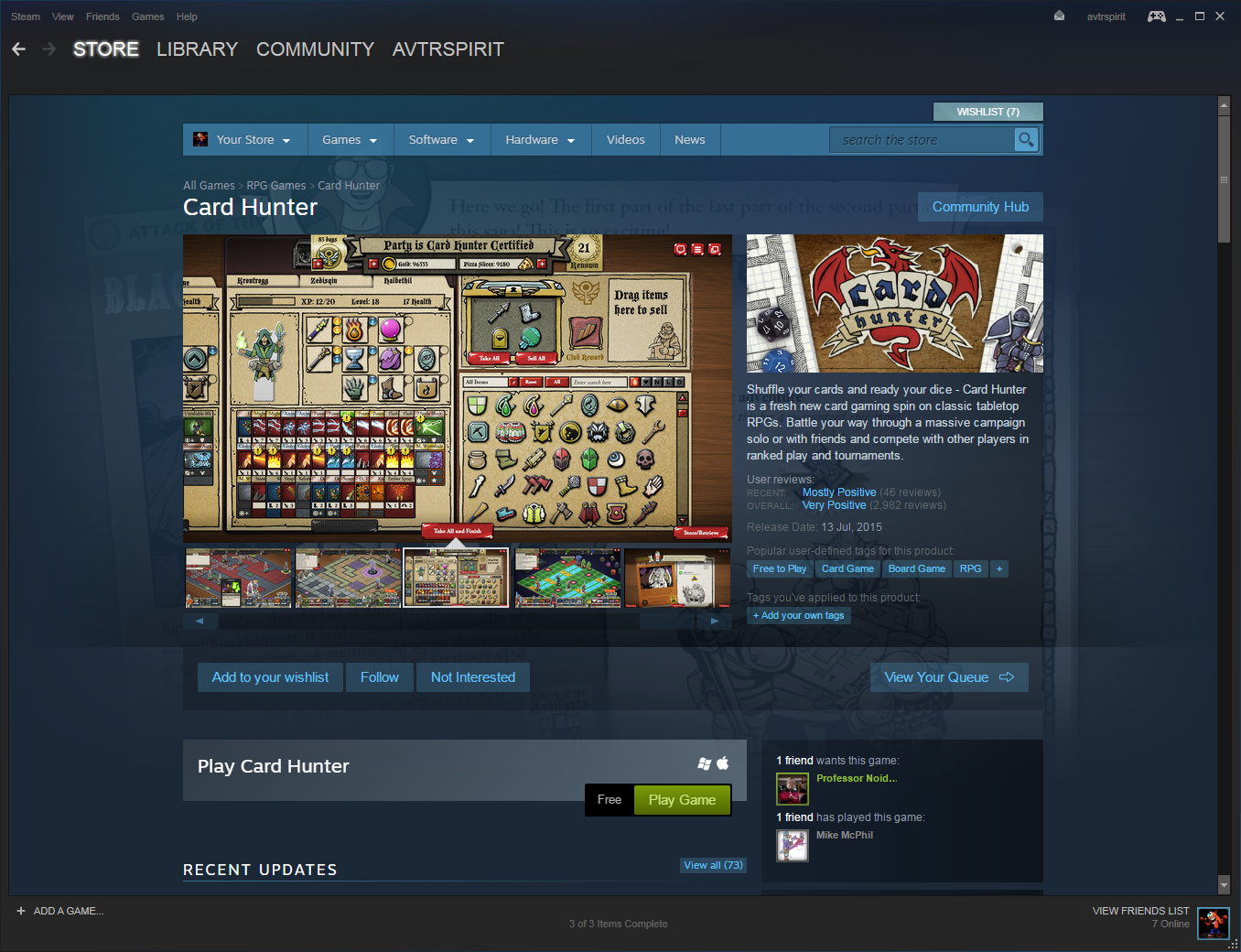 Also, it got pretty solid reviews from the games media when it was released, including by Chris Carter.

So if you are hankering for some browser- or Steam-based F2P action, or just looking for a good single-player CCG, this is something you should definitely try.