Time Crisis and VR: The Combo You Never Knew You Always Wanted 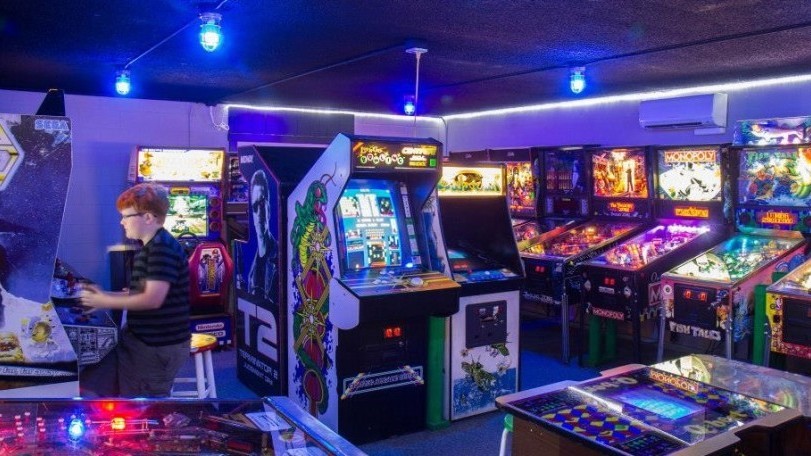 For all the bemoaning about VR being underpowered and underused, it's something that has caught my eye multiple times. While I'm still far from making my own purchase on a headset, the amount of arcade FPS titles like Robo Recall, Superhot VR and Arizona Sunshine have drawn my attention the most. Not to experience some new cutting-edge gaming experience mind you, but rather to emulate an old one. One that has seemingly disappeared from my memory until one subtle image of dual wielding two PS Move controllers has brought flashing back.

I was 13 years old. The game was Time Crisis.

Time Crisis and the light gun genre itself will always be synonymous with my teen years of movies, bowling alleys and mini golf. It reminds me of bright flashing lights, children screaming in the background and the smell of cherry Icees. Its nostalgic potential is rivalled only by its frantic and breakneck shooting action.

For those who don't know, Time Crisis and light gun games, in general, utilized a brightly colored plastic gun that utilized light scanning technology to "shoot" enemies on screen. The game itself usually kept the action down an automatically moving path which would have enemies appear from behind cover and attempt to take a shot at you. Precise aim, quick timing and enemy memorization were the key to winning at these games with as little credits as possible. Most light gun games also featured an extra gun to allow two player action as well. This easy to understand and simple to grasp mechanic was my first experience with seeing an almost augmented reality game. even for digitally ignorant adults, holding a gun, aiming and shooting was an incredibly easy concept to understand which made learning the game and playing it accessible for all skill levels. 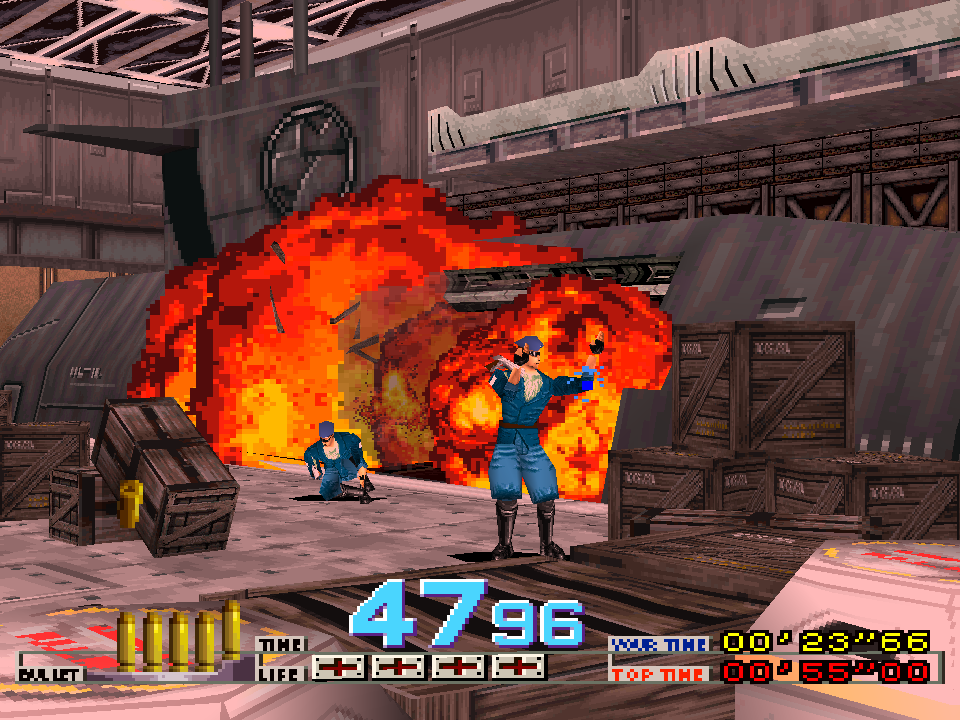 What made the Time Crisis series even more unique among this genre was its cover system. By pressing a pedal built in at the base of the machine, it allowed the player to duck behind cover letting them avoid enemy fire, collect their thoughts and pop out again while firing. It worked incredibly well and allowed the player to not only have an option to collect their thoughts but to give them a sense of more intense and visceral firefight. While it may seem like this cover mechanic would serve as a crutch, allowing players to cower in fear without engaging in action. This also is not the case as the ever-present timer is constantly counting down with the first game in the series marking a zero clock as a game over (later titles would simply make you lose a life), hence the name Time Crisis.

When VR apparatuses like Oculus, PS VR and Vive were first announced, my mind ran wild with speculation of gaming taking that fabled "next step" that was reminiscent of the jump from 2D to 3D. While the results haven't quite as potentially earth shattering, the idea of using this technology to create and recreate more immersive experiences is there. After all, isn't the basic idea of VR, making fantasies come to life? 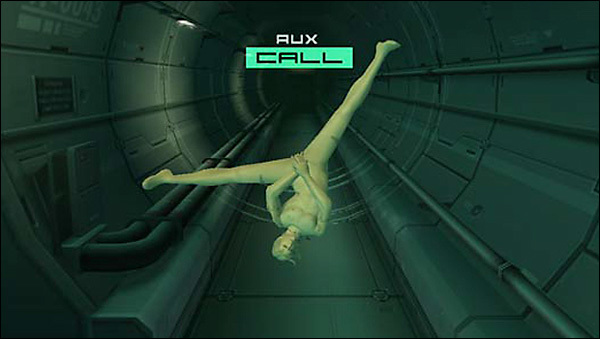 I have a fantasy. It doesn't have to do with zombies getting in my face or swords narrowly missing my head as a hulking knight tries to slice me in half. My fantasy involves a near perfect recreation of some of my fondest memories of my youth. It involves having the option to recreate those memories with technology that is more than capable of emulating those experiences again. I’ll never have the feeling of holding a pizza grease smeared light gun at the age of 12, but knowing that I can relive this memory with a near perfectly replicated experience is something that I would love to be a part of. Sometimes new devices aren’t just about blazing forward, but taking the best parts of our nostalgia filled past and replicating it while leaving out the rough edges.  I’m pretty sure that Time Crisis 5 or previous entries won’t be making their way to VR anytime soon, but if their spirit lives on for old fans and newcomers alike, we’re one step closer to that warm arcade experience, Icee not included.