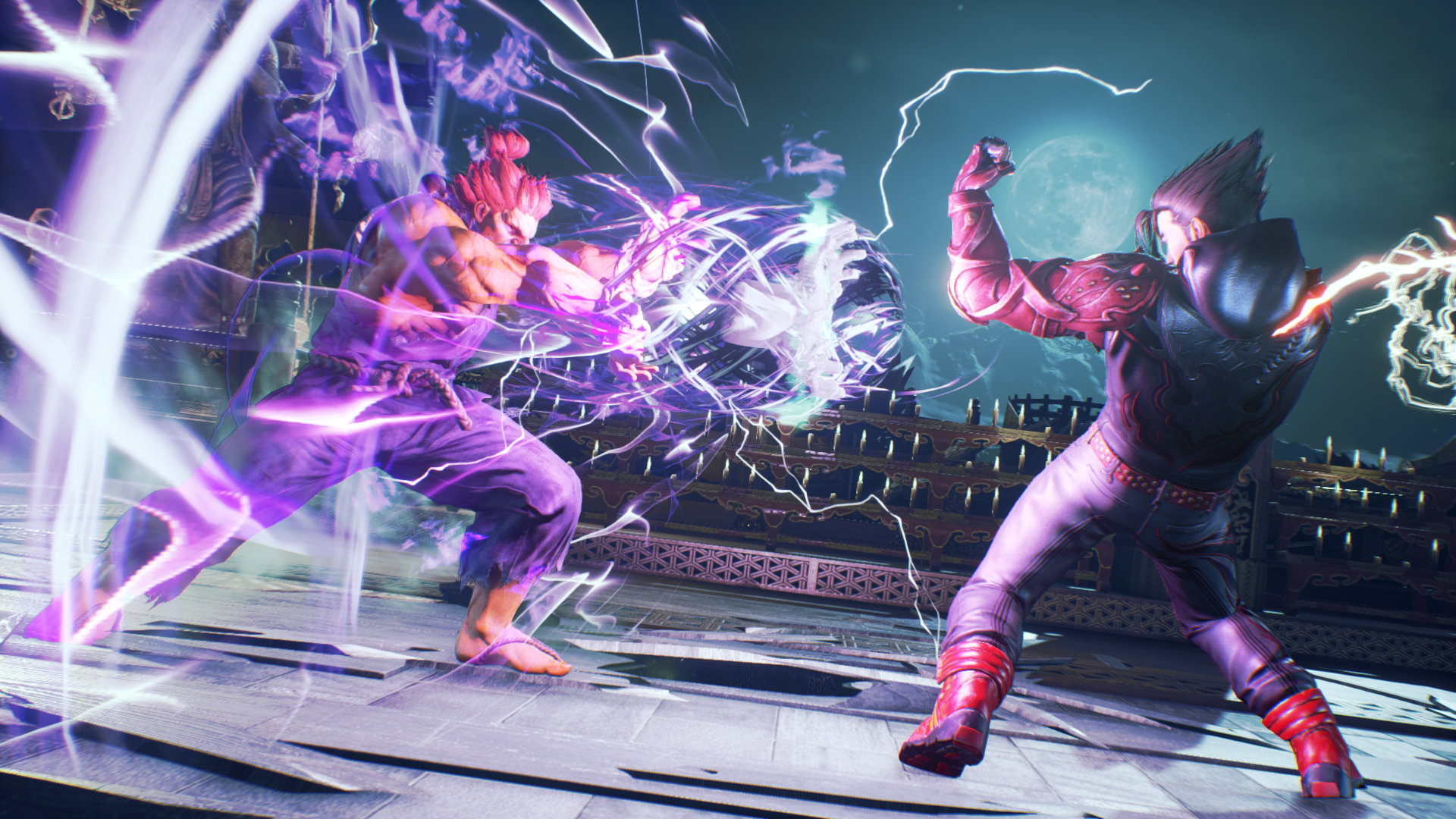 Since 1996, EVO is known for producing one of the world’s best fighting game tournaments, starting with Street Fighter. By 2003, EVO expanded to more fighters from 2D and 3D since it was previously known for holding various tournaments based on Capcom fighters.

While 2D fighters usually gain more attention to the crowd, the 3D fighters doesn’t gain as much. But all of that has changed since Tekken 7 has the 4th highest numbers of registrants with over 1000+ players competing in the tournament. This is the first time a 3D fighting game had these numbers for EVO.

In celebration of Tekken 7’s numbers, let’s talk about the 3D fighters that has actually made an appearance at EVO from EVO 2003 to EVO 2017.

Tekken Tag Tournament would reappear again at EVO 2005 for the final time, while Tekken 5 made its EVO debut during that same event. Tekken 5 would later reappear at EVO 2006 twice in the same year due to EVO East and EVO West. Crow, a Steve player, has won two EVO tournaments back to back for Tekken 5.

Speaking of EVO East & West, Tekken 5: Dark Resurrection made an appearance for EVO 2007 four times via qualifiers. EVO East, West, North, and South was a thing at the time, mind you. It was not only the last time we see Tekken 5: DR at EVO, but the players wouldn’t see another Tekken game appear at EVO until three years later.

EVO 2010 would be the first time we would see a Tekken game return to the lineup with Tekken 6. Korean players started making a huge presence known in the States when Nin won that year. Tekken 6 would reappear again at EVO 2011 where Kor (who was with Dominion Gaming at the time) won the big one.

Two years later, Tekken Tag Tournament 2 would appear at EVO 2013 as part of the main lineup. It would later appear at EVO 2014 at the last minute to make up for the lack of 3D fighters. Knee and JDCR would win those tournaments respectively. It was also where a teaser for Tekken 7 would be revealed to the world.

And now we come to Tekken 7. Tekken 7 made its EVO debut at EVO 2015, where Nobi won the tournament. Tekken 7: Fated Retribution would appear at EVO 2016, and Saint won that tournament. Keep in mind that the arcade versions of both games were used since there was no release date for the console version at the time. This year, the console version of Tekken 7 (which is based off of Fated Retribution) is appearing at EVO 2017, and it made history by being the first 3D fighter to have over a thousand entrants, with 1,279 people entering the tournament.

The first SoulCalibur game to make its tournament debut at EVO 2003 was SoulCalibur II. DTN was the first tournament winner with Nightmare as his character of choice. SoulCalibur II reappeared again at EVO 2004, but it struck controversy where two players, RTD and Mick, colluded for 1st and 2nd place. This would be the birth of the collusion rule, where tournament organisers would enforce for future tournaments. It would also be the last time a SoulCalibur game would make an EVO appearance at the time.

SoulCalibur III did not appear at any EVO tournaments during that time since it wasn’t received well by the SC community. SoulCalibur IV made its EVO debut at EVO 2009, where it would be the first time in five years a SoulCalibur game would appear again at EVO. Malek, an Ivy player from France, won that tournament. Fun fact: the French are actually good at SoulCalibur.

At EVO 2012, SoulCalibur V made an appearance. While the game was mostly criticized for having a terrible story mode among other things, it still produced hype matches. Shining Depocon, a Tira player from Japan, won that tournament. Sadly like the previous game, it would only make one appearance at EVO.

Much like Tekken and SoulCalibur, Virtua Fighter would make its EVO debut at EVO 2003 with Virtua Fighter 4: Evolution. This would be the first time that well-known Japanese players from the VF community who has competed in the Beat-Tribe Cup series would compete in American soil, with Chibita being one of them. He would end up winning the tournament that year. It would later reappear at EVO 2004, with Itabashi Zangief winning the tournament.

At EVO 2007, Virtua Fighter 5 took place. Much like Tekken 5: Dark Resurrection, it would appear at EVO East, West, North, and South. Since the Xbox 360 version wasn’t out yet, the game would be played on PlayStation 3 and it was based on Version B. Itabashi Zangief would win the next tournament.

Virtua Fighter 5: Final Showdown would appear at EVO 2012 this time as a side tournament, in which Fuudo won.

Yes, Dead or Alive has made to EVO at one point. Dead or Alive 4 not only made its EVO debut at EVO 2006, it was also the first 3D fighter in the seventh generation of gaming to appear at the event. Not much can be said, but Perfect Legend won first place for this game. The clip that you see below is EVO East 2006, which was a qualifier for that game.

While the DOA franchise didn’t make it to other EVO events, Dead or Alive 5 Last Round made it to EVO 2015 as part of the first ever Battle Royal series. It served as a side tournament. Kwiggles won that tournament.

Because people on Destructoid complained that I didn’t mention Pokken Tournament as much (MY BAD, PEOPLE.), I have to mention this game as well since it did appeared at EVO. Pokken Tournament made its debut at EVO 2016 last year, where it served as part of the World Championship series. Although Tonosama has won, he and Buntan both qualified for the series.

The game was part of the Player’s Choice lineup, where it was competing for the final spot on the lineup. Although Ultimate Marvel vs. Capcom 3 won with the most donations, the Pokken community was greeted with a donation of money for future tournaments. And since Pokken Tournament DX is coming out for the Nintendo Switch, we could see it appear at next year’s EVO, if possible. On top of that, Pokken Tournament DX will be playable at EVO this weekend.

Before I wrap up, make sure you guys watch EVO 2017 this weekend. There’s going to be a lot of fighting game excellence from Street Fighter V, Tekken 7, Guilty Gear, Super Smash Bros for Wii U, and more. This is also Ultimate Marvel vs. Capcom 3’s final EVO appearance since Marvel vs. Capcom Infinite is on the way. And let’s not forget and EVO moments, which can immortalize players. Also, ESPN 2 will provide live coverage of Top 8 for Street Fighter V again, just like last year.