Selling my soul to alien-Satan to obtain backlog-clearing superpowers? Totally worth it! 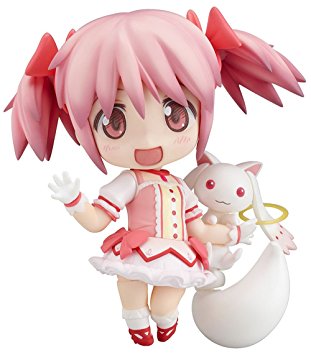 Welcome to the first proper episode of Sr. Churros vs. the Eternal Backlog! Once again many thanks for everyone who read the last one and took part in the pools. I really enjoyed playing the games you all choose so far, every one of them expanded my gaming horizons a little bit more.

And woah, I managed to beat a surprisingly high amount of games this month! I’m kind of slow at beating games and was expecting something around 1 to 2 games per month, but 5 games down was a lot more than I was expecting! That said, I’ve played a lot more on my 3DS and portable emulator than PC, and neither of the PC games I've finished where the ones you voted. So I promise to give these ones some love… once I finish Super Meat Boy… and Night in the Woods… ok I think this maybe will take a while…

Btw I just watched Puella Magi Madoka Magica this month and this may probably be one of my favorite things ever, ever. Need to watch Rebellion now. Ok, back to games:

What can I say about this game that haven’t already been said a million times? This game is as good as everyone told me, and I do consider it one of my favorite games ever already. Great pacing, combat system, intriguing plot, neat time shenanigans, great music, likeable cast and it also got a playable robot, which always is a good thing.

I was expecting a good game, but woah it was even better than I imagined! I’ll have to admit that it doesn’t looks as good and visually polished as, let’s say, Freedom Planet, but the gameplay and level design are rock solid, and the soundtrack is a thing of beauty.

This game feels like it is mostly based on GBA era Sonic games, while having a Kirby-like transformation system (and you can store one extra transformation and swap between them on the fly) and a little bit of Megamanliness sprinkled on top. It is a shame that this just got released and is getting mostly ignored by everyone.

At first I thought it was a very charming and fun game, but quickly I got constantly bored and was looking foward to finish it as fast as I could.

Overall it is a very pretty and polished looking game: the mansions are very detailed and most rooms feel like they were handcrafted, the 3D effect gives a nice sense of immersion and only rarely frame drops occurs. However some bits use motion controls, and if there is one thing I’ve learned after all these years is that motion controls are the worst enemy of the 3D effect.

In the end it was an ok-ish experience. The first mansion was great but the rest of them not so much, the bosses were pretty bad, and it had too much repetition and backtracking. At least I got to meet the amazing E. Gadd and spend some time with the best Mario brother. Also, multiplayer looks promising, but I still have to gather some folks to try it.

A very, very enjoyable experience. Beautifully animated sprite art, godly soundtrack, well designed levels, good difficulty curve, and… uh… I’ve got mixed feelings on character designs. Anime was a heavy influence here, so it is extremely cutesy (I love it so much!) and also extremely lewd (I not-love it so much!), with every female character having breast sizes ranging from “big” to “gigantic” (see, there’s variety in there, Churros), and by “every female character” I mean yes, even the gooey-mutated-pile-of-dead-bodies monster.

But let’s talk what what matters the most to me: the game structure was really good for a portable device. It had a metroidvania level design split into bite-sized islands, each one containing one Zelda-like brief dungeon, and that structure is great for when you have to put the game down because your bus just arrived at your stop, and also makes it hard to put it down once you are comfortably playing at home. In the end, it was a sweet game where every single aspect felt really polished and well done.

This one was… interesting, to say the least. I’ve emulated this one in the past but never finished and I hated it. But now I had a few bucks from selling Steam Summer Sale cards and it was really cheap, so I decided to give it a second try.

I bought this one blindly, so the aspect that surprised me the most was good this port is. You can choose between the Japanese soundtrack (the best one) or the north american one (which is not bad at all), you can change graphical filters, it supports my notebook's 16:9 aspect ratio… I was amazed by it all! Only thing missing was an option to remap controller buttons, but I’m not sure if it would be even useful to me as it failed to recognize my cheap-ass chinese USB Dual Shock 2 clone. But then I remembered that I had downloaded JoyToKey to play Spark and I didn’t even had to remap the buttons, as both games use the same keyboard keys.

It was a really short game to finish - which I consider a good thing for this kind of action platformer games - and I found out that I actually enjoyed this one a lot this time! I love how each level have 4 “forms” (past, present, bad future and good future), each one with his own version of the level's theme (spoiler alert: bad future music is the best version more often than not). The music was crazy good, easily my favorite part of the game and it also had some incredibly well made intro and credits animations.

That said, there was a few weird design choices that really rubbed me wrong. Like, I love the concept of time travelling, but the implementation was really poor, to say the least: it requires you to run fast for a few seconds without losing speed in a collection of levels not designed for continuously running at high speeds, usually requiring you to find specific parts of the level where you could trick the game into thinking you were keeping a high speed when you actually aren't moving that much, which feels kinda like cheating. Boss fights where kind of bad, specially the very underwhelming final boss, and the specials stages felt quite weird because it was really hard to successfully calculate jumps as depth perception on these pseudo-3D stages felt off. Oh, and they also introduced the first female character (heck yeah!) and she was a freaking damsel in distress (oh no!).

I have mixed feelings about the level designs. They felt quite experimental, which is both good and bad. They felt pretty expansive and really fun to explore, but at the same time they don’t feel as tightly designed as the ones from Sonic 2 or S&K.

But to sum this up: the good aspects more than makes up for the bad aspects, making this one aa very fun game to play. Not one of my favorites from the classic era, yet I rally like it for having a very unique personality.

This month I’ll start to do stealth additions, but just when it is 100% justified. Backloggery allows you to add games to your list in stealth mode, so I’m incorporating this here. What I mean is, every time I remember that I have an unfinished game that I forgot to add on the list (but I still want to finish it someday) it will be included without affecting my monthly beaten games/aquired games score calculation. But I’ll hopefully just add a few games during the first months and never use it again on the long run.

Welp, we got the Steam Summer Sale this month, so it isn’t a surprised that my backlog just got a few additions. But at least this time I’m trying to beat my new games right away instead of repeating the old cycle of buying, installing, playing for a little while (this step is optional) and them forgetting about those games forever.

I think this first month went way better than expected! I thought it would be a slow start because I'm usually really sluggish at finishing games. But I guess that simply by focusing my playtime on a limited number of games it already improved my ability to play games from start to finish. The other thing I should try to improve now is focusing more on playing PC games at home.