"Where Have You Been?"

I didn't realized how long I'd been gone until I looked around at all the faces here and barely knew anyone anymore. I popped back in last week to write a Bubsy, and all of a sudden I am sitting in a virtual internet room on the cyber highway with a ton of unfamiliar faces.

I love to talk about the Destructoid community and claim I have been a big part of it...but gee, where have I been really? Where has the time gone?

Two years ago I was posting a blog a day out of some bizarre manifestation of my own physical and mental anxiety. I was getting off of a medication and the process nearly did me in. If anyone is taking anxiety or depression medication, listen up; you don't want to straight up come off of it. It was a bad idea for me. It will be a bad idea for you, too. 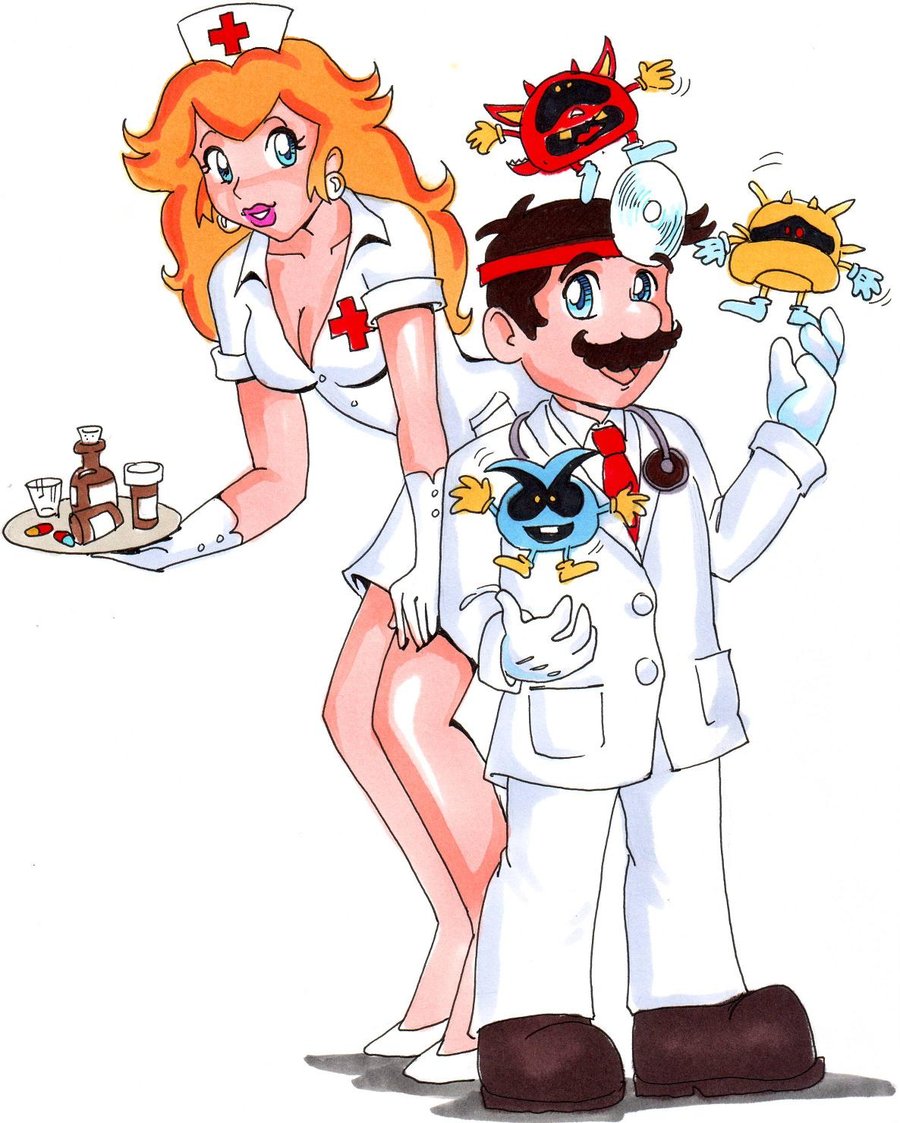 After that I got really burned out and I just left the internet altogether for awhile. My brain was in turmoil. I had a nervous breakdown. It had been a long time coming; anyone who remembers me from back then knows I was a bit of a mess. And for the last two years I have really just been putting the pieces of my life back together. I had to keep it together to a degree having a family that consists of a wife and two kids, but I feel like I handled that part well. Well enough that no one left me, I didn't hurt anyone. Any barbs I might have had to spread were done so on the internet or not at all. I'm quite proud of how I handled it all.

The first step coming back from it was building my self-confidence. My ego had been put to ruin. I kept failing at every single endeavour and no opportunities seemed to come my way. Life is very much a sine wave; you have dips, and then the world is your oyster, you plateau, and you drop down to the bottom. I had no idea how to deal with the drops that kept coming, and I let them eat away at me piece by piece.

Kept going of course but didn't focus on anything creatively. Was just so concerned with "getting by" that when I wasn't working to make a few miserable dollars I would literally sit and brood. It is very tough to look back at all that.

Now, here is where I stop with the depressing shit and deal with the secret of how I got out of it. AND ALL YOU NEED TO DO IS CLICK HERE AND HAVE YOUR CREDIT CARD NUM

Basically, I made some drastic living arrangement changes that allowed me to get out of the hole as much as possible. It meant my wife and I sacrificing some of our time with the kids, and hurt, deeply, to do so. But it was necessary. And as soon as we were out of the pit, we immediately changed back to a living arrangement that allowed us to be with the kids more while still making enough to live pretty comfortably. We had to make some major sacrifices; I have a monthly allowance for example that isn't much more than my kids. But the way we approached everything changed. We started doing more things as a family, getting out, exploring. Becoming more adventurous. And I learned my most important lesson; to not care when things get bad.

And they got sort of bad this year. Just one issue after another for the past six months, some major problems. And looking back on it, it tired me out; but I never crumbled. I just let the waves hit me and kept rolling. I never let stress get the better of me. If the same had happened two years ago, I might have flung myself from a bridge. You either get back to the top of the hill eventually, or life just sort of ends, I guess.

What does that have to do with anything here?

My writing, two years ago, became how I channeled stress. It actually became pretty unhealthy. So much so that I have been trying to rid myself of the association between writing and stress. It wasn't fun anymore; it was something I felt obligated to do because I had no direction. I was trying to "make" it. I remember practically begging publications at the time to give me a shot because, goddammit, I just needed to make some money. It was a new level of pathetic, and I wasn't writing for fun anymore, I was writing because I knew I was good at it and was just hoping it would somehow "save" me. And it didn't.

Fuck me, am I ever glad.

I actually started to use my time wisely. I started to figure out what I was really passionate about that I could channel my energy into. I got a job in a computer shop. I got a certification. I am now studying Computer Science and am looking at options for going back to school for a diploma or degree. I'm a high school graduate, but never did post secondary. And now, at the ripe age of 31, I am hoping to turn that around. I really love machines, and that no doubt stemmed from my love of video games and the curiosity of how it all works.

In short, there was no Deus Ex Machina for me. I had to struggle through it. I had to face up to the fact that I was not "cured" of my inherent anxiety. That was tough to admit. I don't even really have problem days anymore. I'm a bit crazy, sure, but I ain't nuts.

In the meantime I was always popping back over here to read. And every now and then when I could muster it, I wrote a blog. I had other sites I ran where I wrote more frequently; the majority of my writing is in my Facebook feed, usually comedy oriented, nothing you could really publish. I write every single day. But it took me awhile to write and not have it affect me mentally, to bring back bad juju from when I was doing it as a symptom of a problem, and not because I'm just really dang alright at it and enjoy it.

So you'll probably see me in the Cblogs a bit more here and there. I save my best stuff for here. And I'm busy, but this is my hobby; I have learned to allow just as much time for "fun" as work. Because the stuff I am learning is, frankly, pretty shit hard sometimes. Interesting, fascinating, fun, exciting, yes. But when you are sitting in front of a screen looking at a machine monitor on an 8-bit computer emulator and trying to decipher hex for hours at a time, it becomes a bit draining. 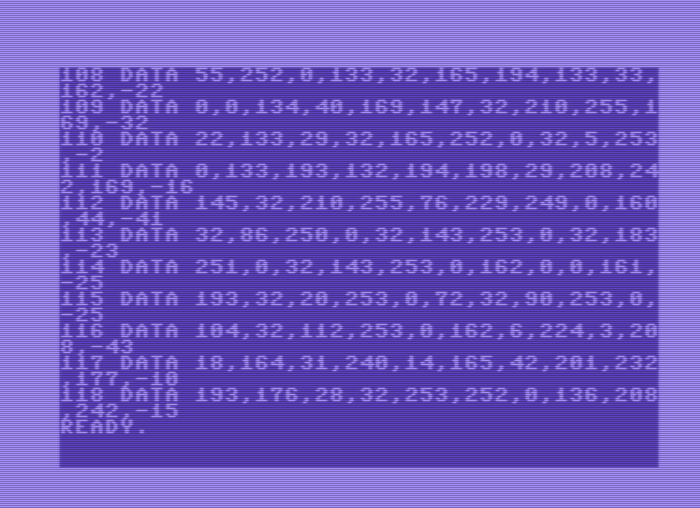 For anyone who doesn't know me, my best promoted work is on the side panel for you to enjoy or not enjoy. You'll probably get to know me pretty quick, and you may not like what you read. When I wrote my first piece here years ago, even my friend Jon "Funktastic" who didn't know it was me (and I didn't know it was him) said I was "a piece of shit" for writing it. My work isn't for everyone. And I have a few rules for my writing that I adhere pretty closely too.

1) No matter what the content, don't shock for shock's sake. Be crude or funny when appropriate. But a constant barrage of dirty jokes is like a bad Seth Rogan comedy. It loses steam quickly.

2) Always have meaningful content. It's fine to talk about "jizzrags" as long as your content actually has a point. I try to make a point in my writing to actually say something meaningful. And I try not to have an opinion or share it unless it is somewhat unique from other opinions. Nobody wants to hear the same thing regurgitated over and over again. If I feel I have a unique spin on a subject, then I may talk about it.

3) Be honest. It's tough to be honest, wear your heart on your sleeve. But no one is interested in some completely detached talking head who is just reciting the list of "E3 FAVORRITES" in dull monotone. No one wants to read another fucking review that starts with "THE MEGA MAN SERIES HAS BEEN AROUND FOR A LONG TIME AND THE BLUE BOMBER IS BACK AND BETTER THAN EVER IN THIS NEW" that ends with a review score haphazardly slapped on the bottom of the goddamn page. Jesus Christ, get over yourself. I want to know who YOU are. I want to know WHY you are passionate about a thing. I want to know what makes you laugh, what makes you cry. I want to cry and laugh with you. And I want to do it all in the same article. I think humans are pretty emotional. It is easy to look at an article that take a subject like video games and puts an emotional spin on it, and roll your eyes at it. But really; these are the sorts of emotions that can be evoked rather easily in human beings. And I think good writing reflects that part of the human condition. It might be a stretch to write about Bubsy's asshole and then the death of a relative in the same paragraph, but in the same article? Why not? 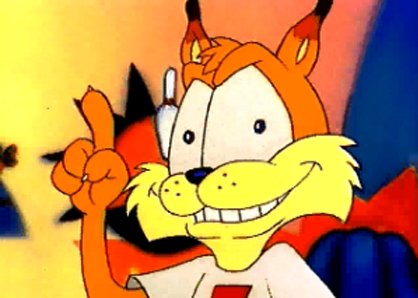 Our lives are always happening, right up until the point where they aren't. They steam roll along, and don't care what is going on in between. When I my father in law passed, I was devestated. I also got a flu a day later, and played Diablo 3 on the couch for the entire weekend despite the tragedy happening around me. You might be sitting in a hospital waiting for test results while playing Pokemon GO. My point is that life moves on without stopping. And the things we do in our lives don't usually stop either. Sometimes they just take a break. But I think we can always relate the more serious events of life to something beautiful, fun, and what we happen to be passionate about.

I needed a break too, and I've had it, and it was good. And it happened to be from a community many of my friends seem to have since abandoned. And maybe they will be back one day too. Lot's of them are still here, and their lives have changed. Elsa has been dealing with far more difficult changes than I could even imagine, but she is back too. Because life doesn't just stop, and there is a lot of down time in between. And we might as well enjoy it.