Here I am at work again, doing so little, feeling so bored, feeling so alone, so unloved. No one's touching me. I want you guys to touch me. But I know to do that, I have to touch you first.

So, let me look at you. Let me breathe you in. And let me diddle you the only way I know how--in a really gross way I'm pretty sure none of you like.

Sr Churros shared a picture of his cat crazily gnawing on his wallet, most likely having stolen it to fuel its addiction to "treats." This made me wonder that, now since his cat has been caught and will have to turn to the streets to make the necessary scratch in order to sasiate its cravings, what would a mugging-by-cat look like. 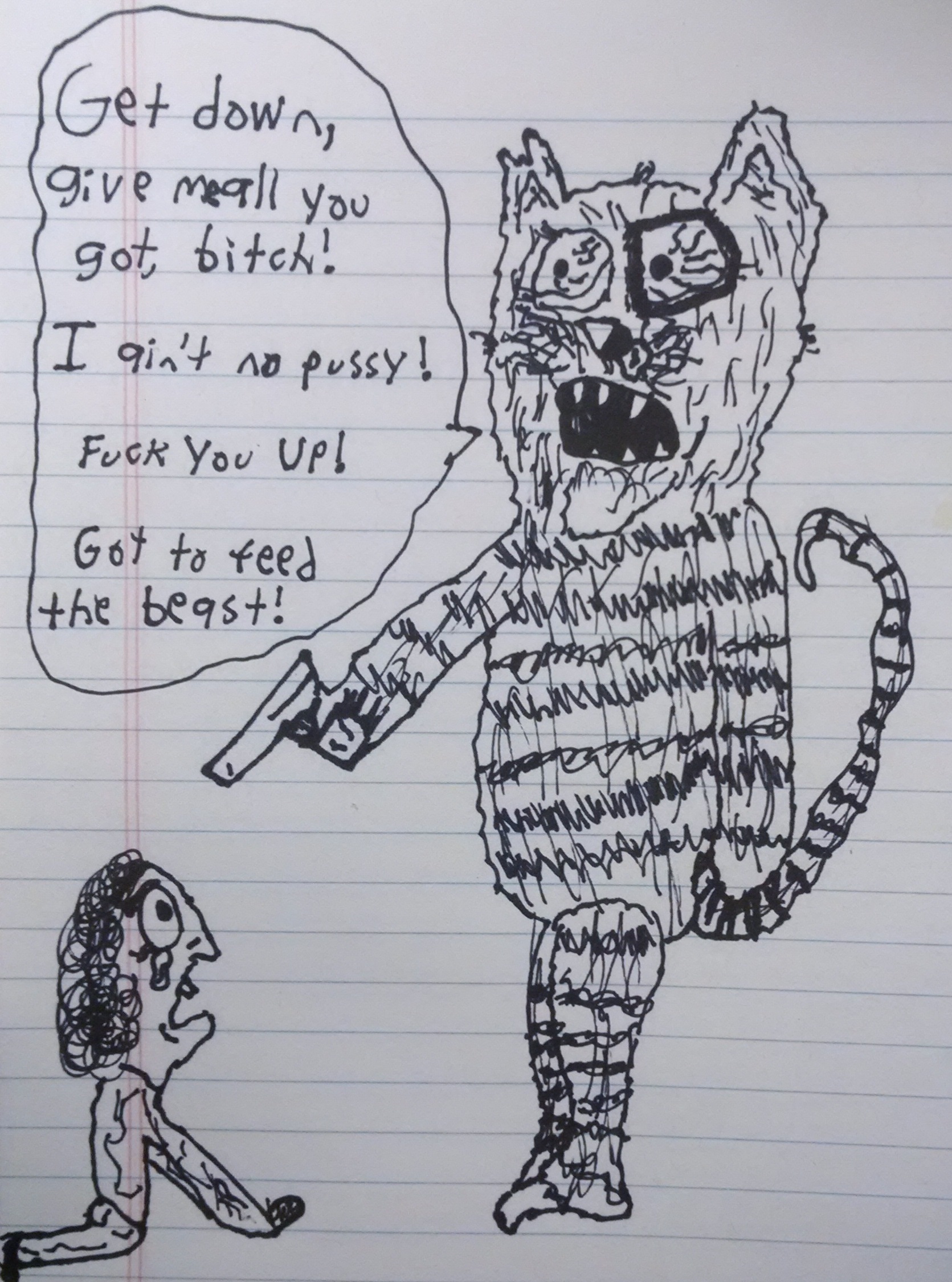 Parismio posted about a time that Poison Ivy stoned Batman, but not in the fun Biblical way. In the annoying Kevin Smith way. Then, I considered what Batman would have been like, if he were a stoner instead of a superhero. 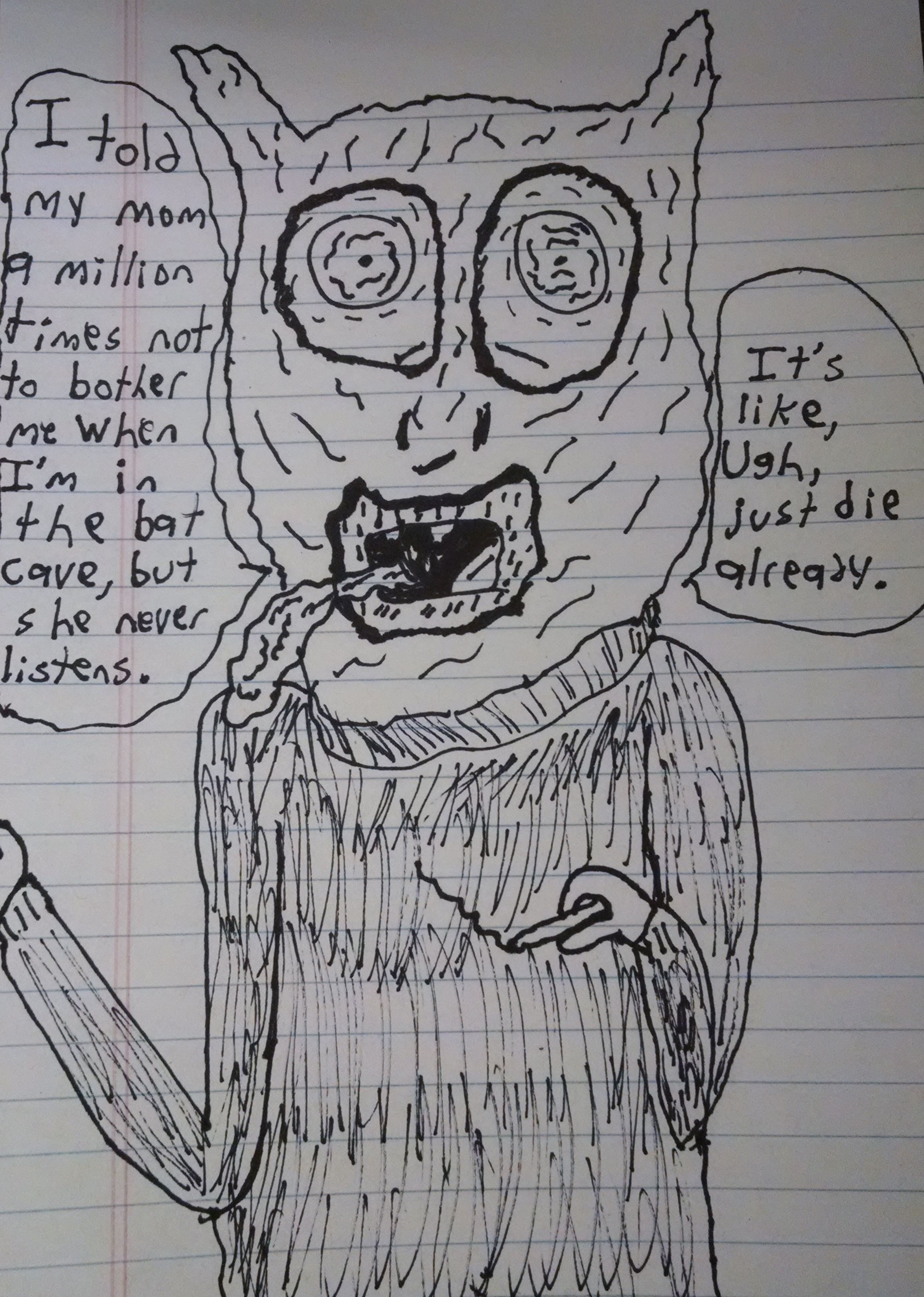 Zombz wanted to bring back dueling with Flintlocks, but then MeanderBot mentioned wanting to switch out Flintlocks for cream pies. People were interested, but I didn't get it. Like, you can't fight with a cream pie. But whatever. So, I drew what I thought a fighting cream pie might look like. 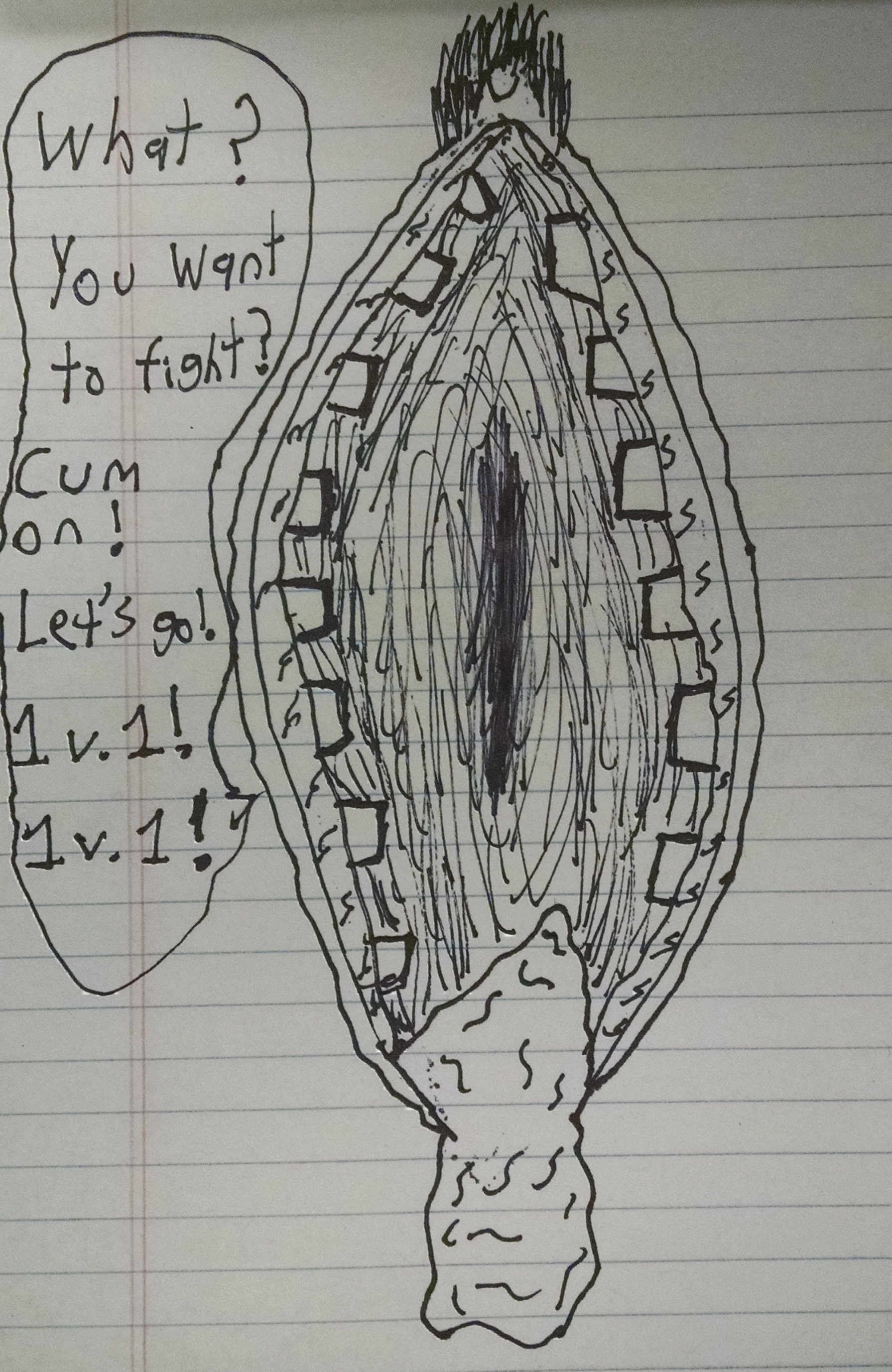 SpielerDad dropped by to ask a question about comments, and he posted a picture of this Zeus-looking mother fucker who's inside a bear. And it's like, how did he get there? Maybe he was born that way and just grew into it (?) 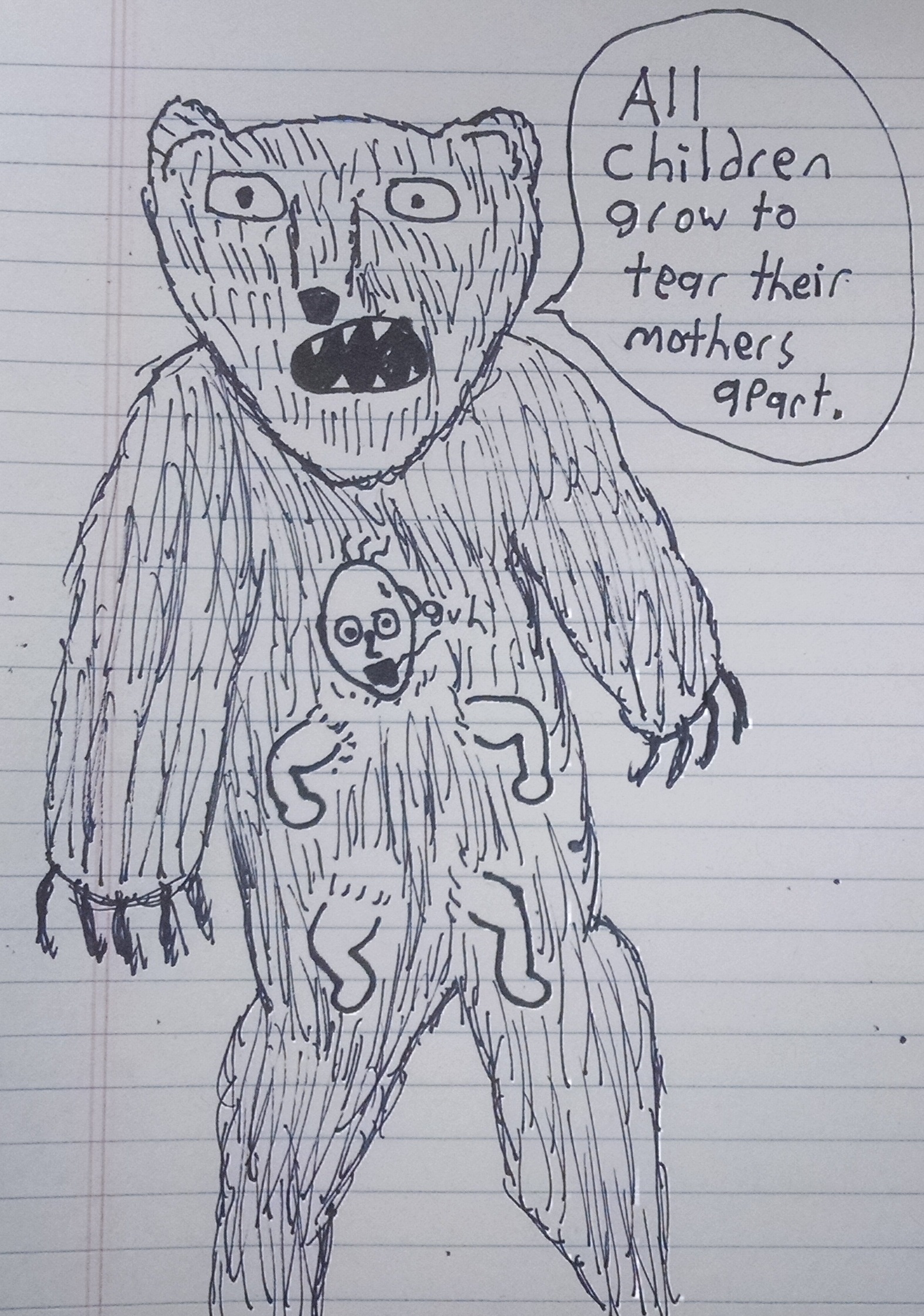 Mike Sanders, MeeGhoulz, and some others started this SuperDickerytoid trend thing that was about superheroes being super assholes. A super asshole would be a fun thing to draw, but I didn't draw that. Instead, I drew a superhero being mean. 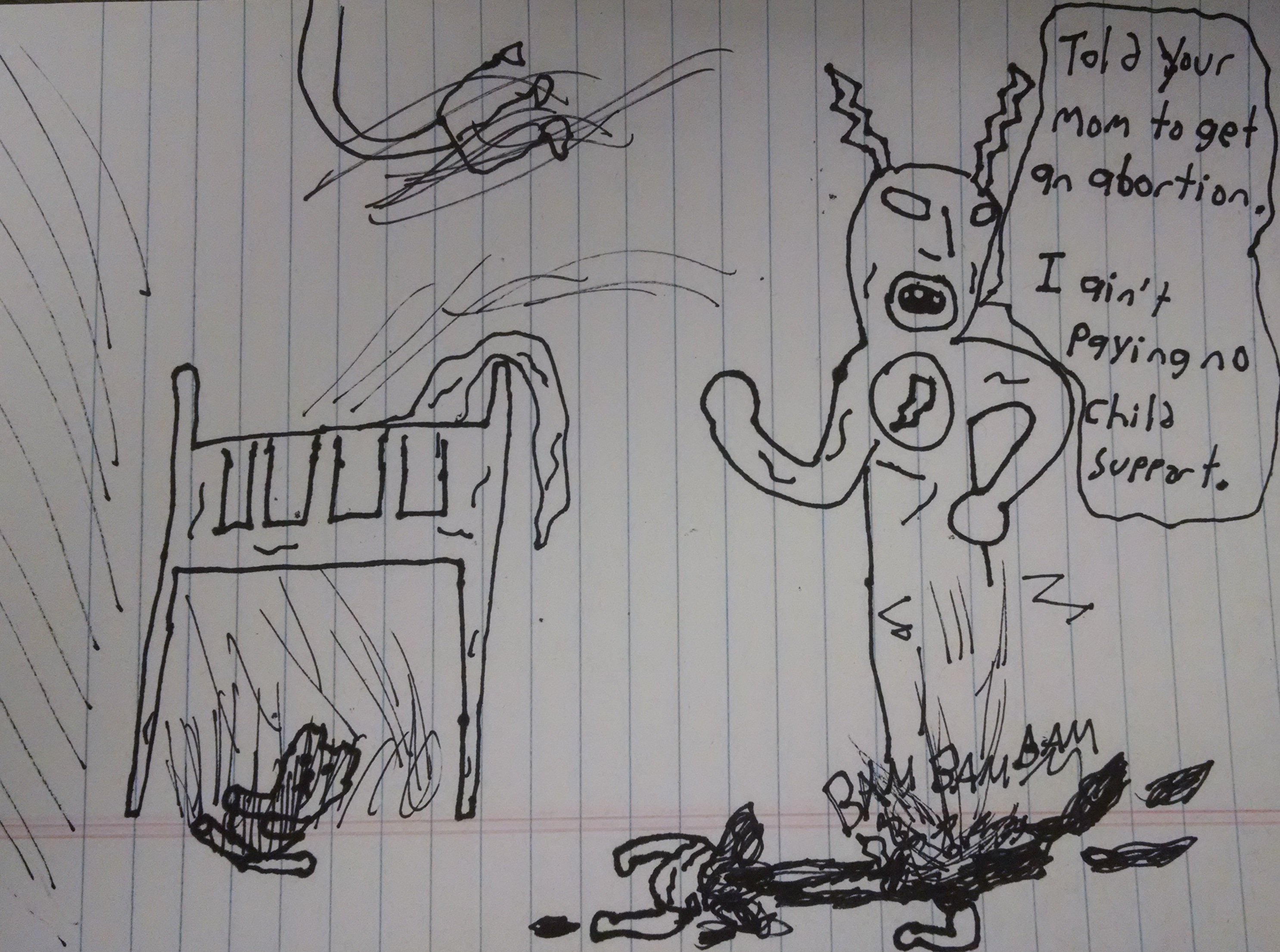 And that's it. My day is finally just about over (with my life soon to follow), and I have a three-day weekend to look forward to. Will that mean more or less of me on this site? I don't know. Who cares? No one, because you all really know I'm no one. I'm nothing. I'm sorry for disappointing you. Goodbye. 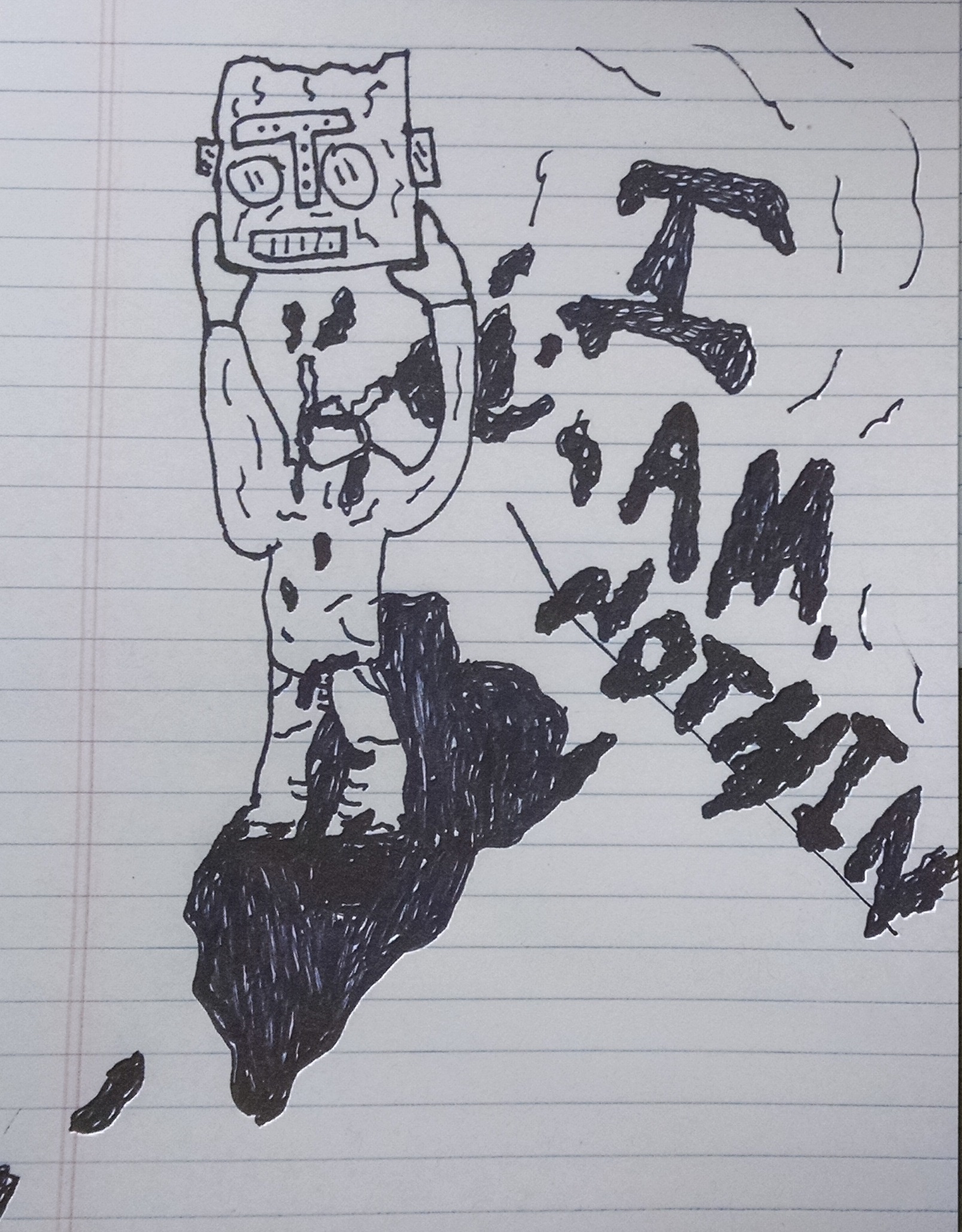