Yo yo yo, it's ya boy Wes here. As you may have noticed, a punk-ass breakfast food by the name of Bukkake Waffles recently posted his weak-ass gaming setup like he's the shit. We regulars here at Destructoid know exactly who the shit is. I am that shit. As such, I decided it was time to take that fool down a notch, and show him how a REAL gamer games. A gamer who doesn't play those baby-ass Nintendo games, and sports a KDR of 100:3. Yeah, that's right. When I pwn newbs I go 100 to 3, and my setup will illustrate as much. Strap on your seatbelts, and seat-belt your strap ons, because this ride is about to get bumpy.

Rich Homie Wes (my street name, as bequeathed unto me by street types) has multiple rooms in which to game. That's how he got the expensive-sounding nickname, and why he refers to himself in the third person. Once, he referred to himself in the fourth person, and a nearby antelope got pregnant. Why was there an antelope nearby? Because of his extravagant lifestyle, of course. Now The Collective Union of Wes would like to show you its/their/blarng's upstairs television. 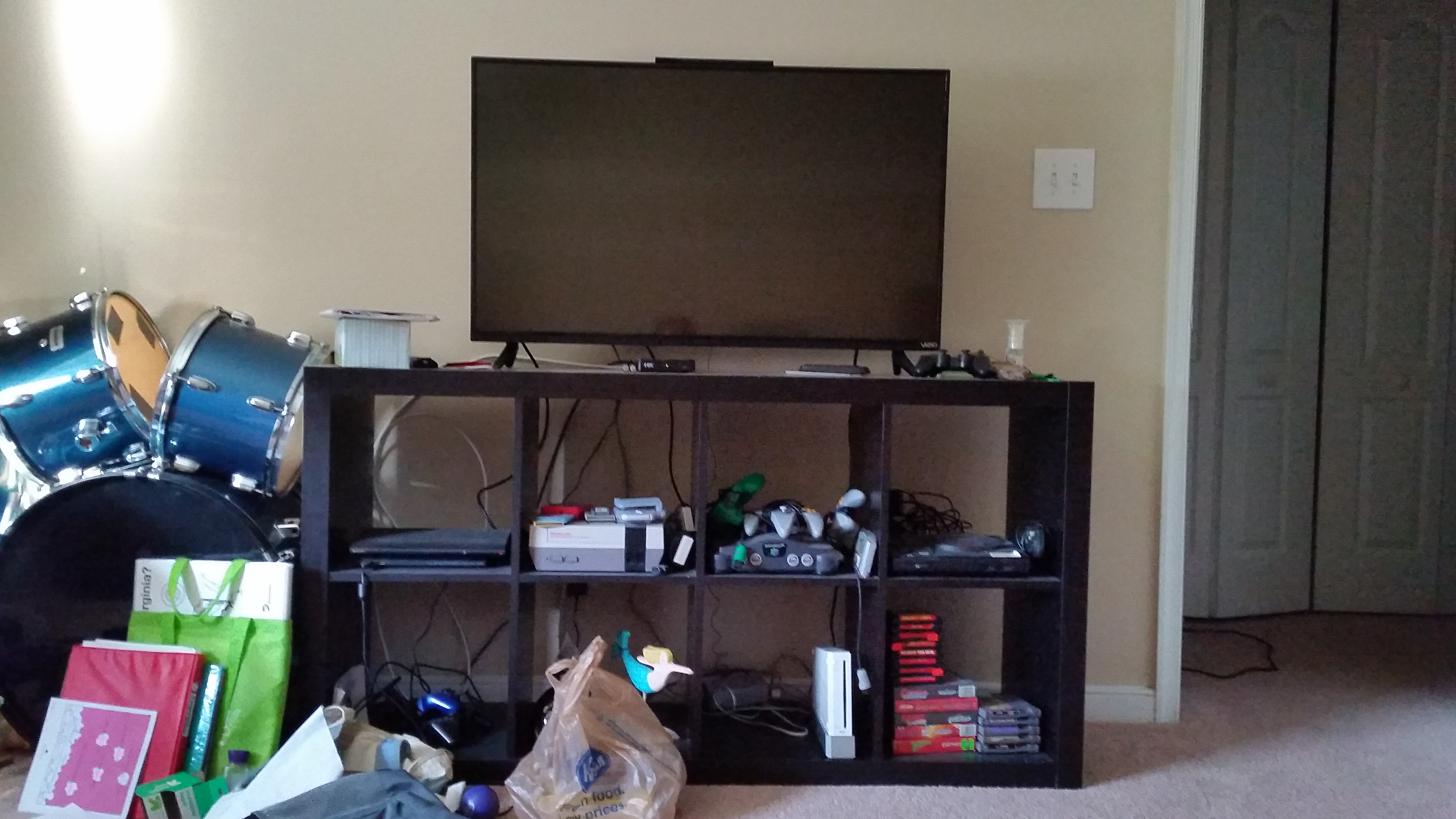 Aw yeah, check that out. Straight up off-brand 36" TV where some, if not a lot, of the magic happens. If you pull up a document on that bad boy you are seriously looking at that document. It's a great TV because it works most of the time and only has one HDMI port, so if I want to play something other than my PS3 I have to fiddle around back there to get things hooked/unhooked, like I might have to do with a bra if I weren't so good at making sex. You see, I get a lot of practice. So I'm good at unfolding the flaps that hold bras together in the back. Here's another angle. 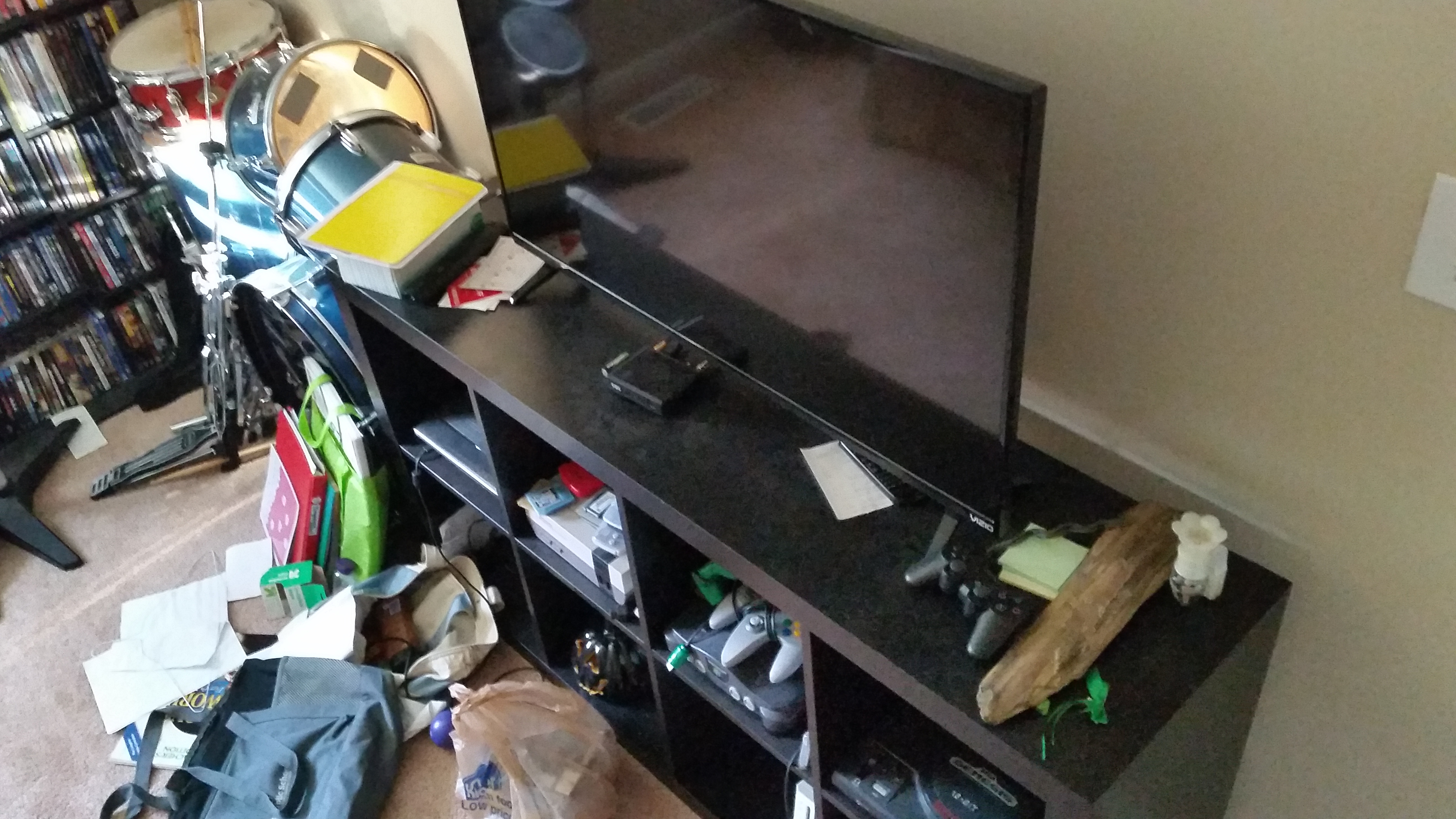 Yeah, that's petrified wood on the top, there. If it looks familiar, it's probably because your wood is pretty petrified from looking at my TV. Even if you're a ladygirl you're probably feeling pretty bonery right now. Ignore all that dust - I was doing woodworking or maybe some drywall repairs, and all that very cool manual labor got dust all over the place. Had nothing to do with me not keeping up the tidiness in here. Check out my old-ass games! 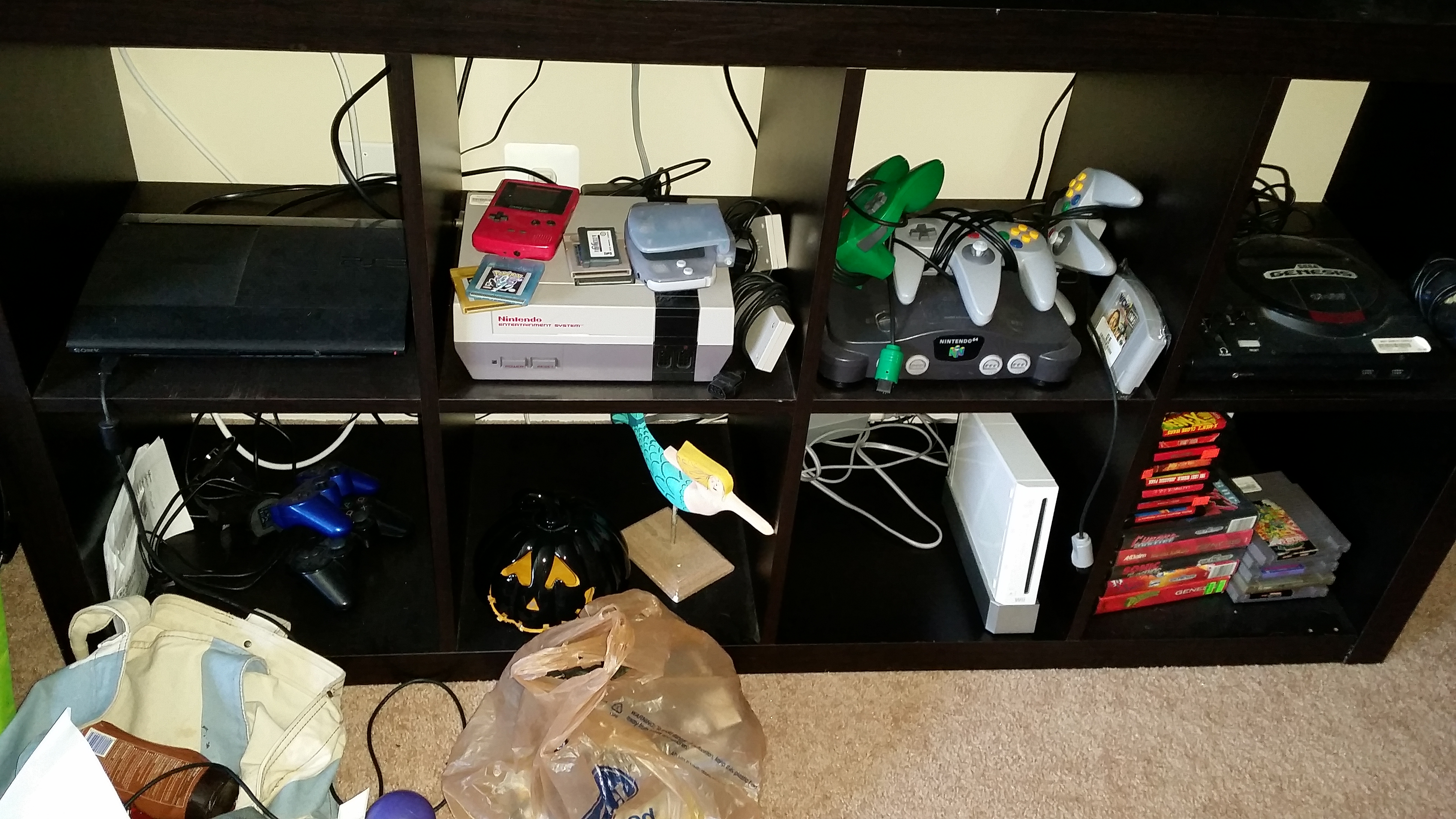 Now, look. You're probably feeling pretty jealous right now. I'm here to tell you, that it's ok. You're a sissy. Just because you don't have Boogerman on Genesis like me, doesn't make you any less of a person. It just means that you should reassess your life. I know it's tough to accept, but I'm an adult, and I can play what game I want, when I want, when my wife lets me. That's just the way it is. When I'm doing all of that, this is the throne upon which I sit. 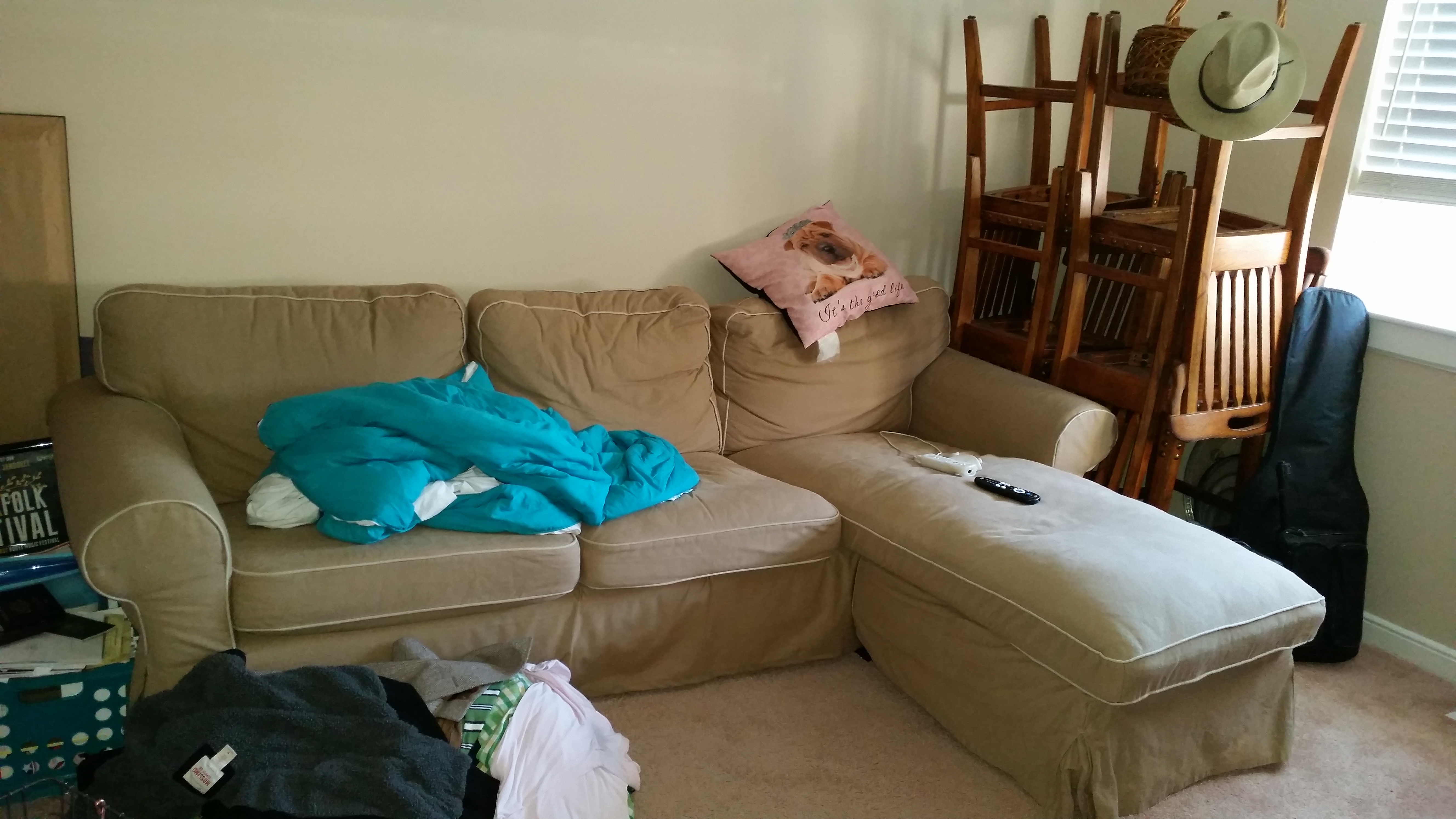 Let's take a quick detour to my bedroom. That's where I engage in all of that intercourse I was talking about up above. My room is where I do some very, very serious gaming. Check this shit out: 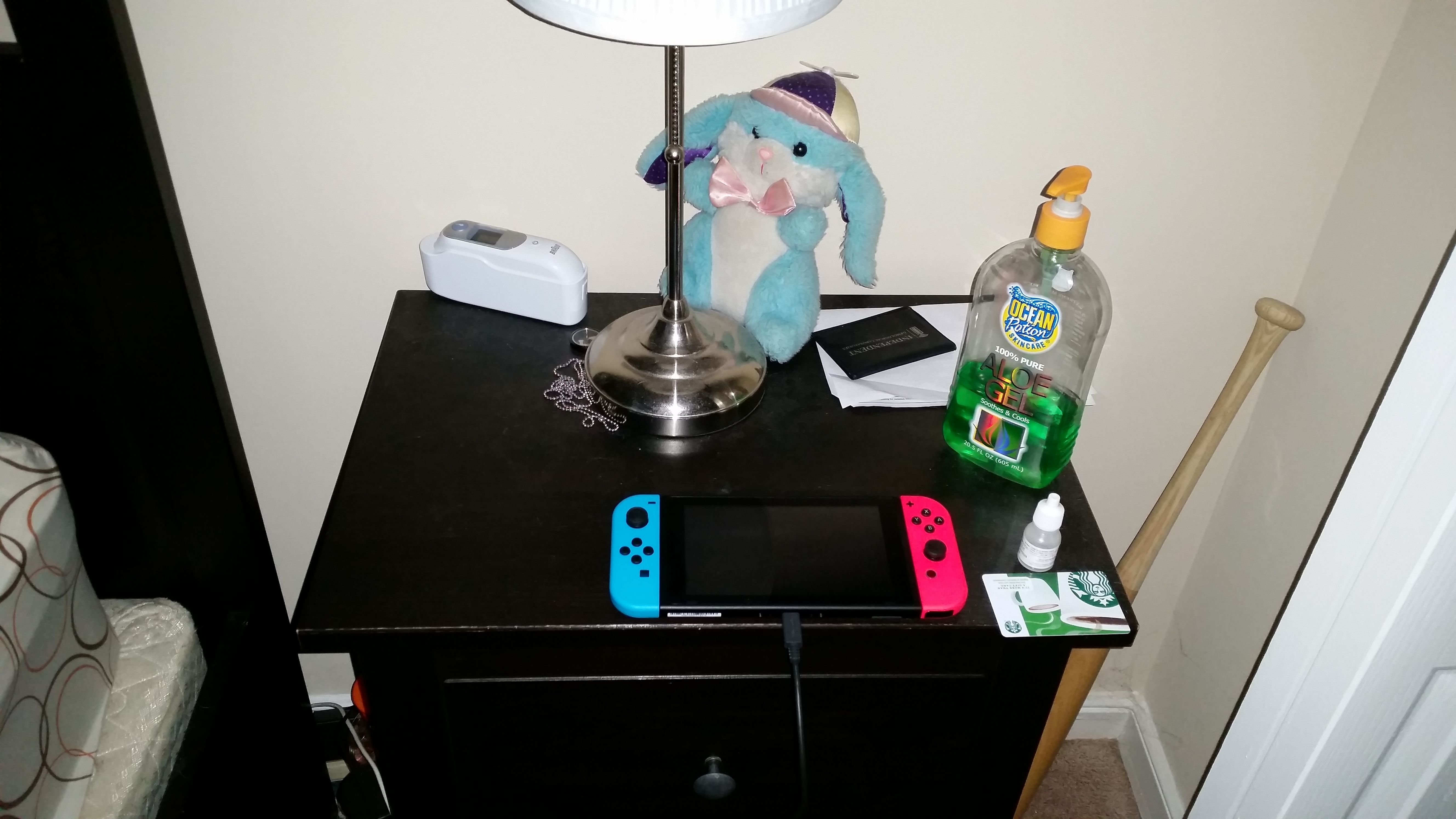 If you noticed a Nintendo Switch there, you're not the only one. A lot of Switch gaming goes on here. I have my power cord, and some aloe vera for all those friction burns from sex, and my boy Bunny Rabbit watching over everything in case shit goes down. He's not afraid to bust a cap or fly away in the face of danger, so don't mess with him. 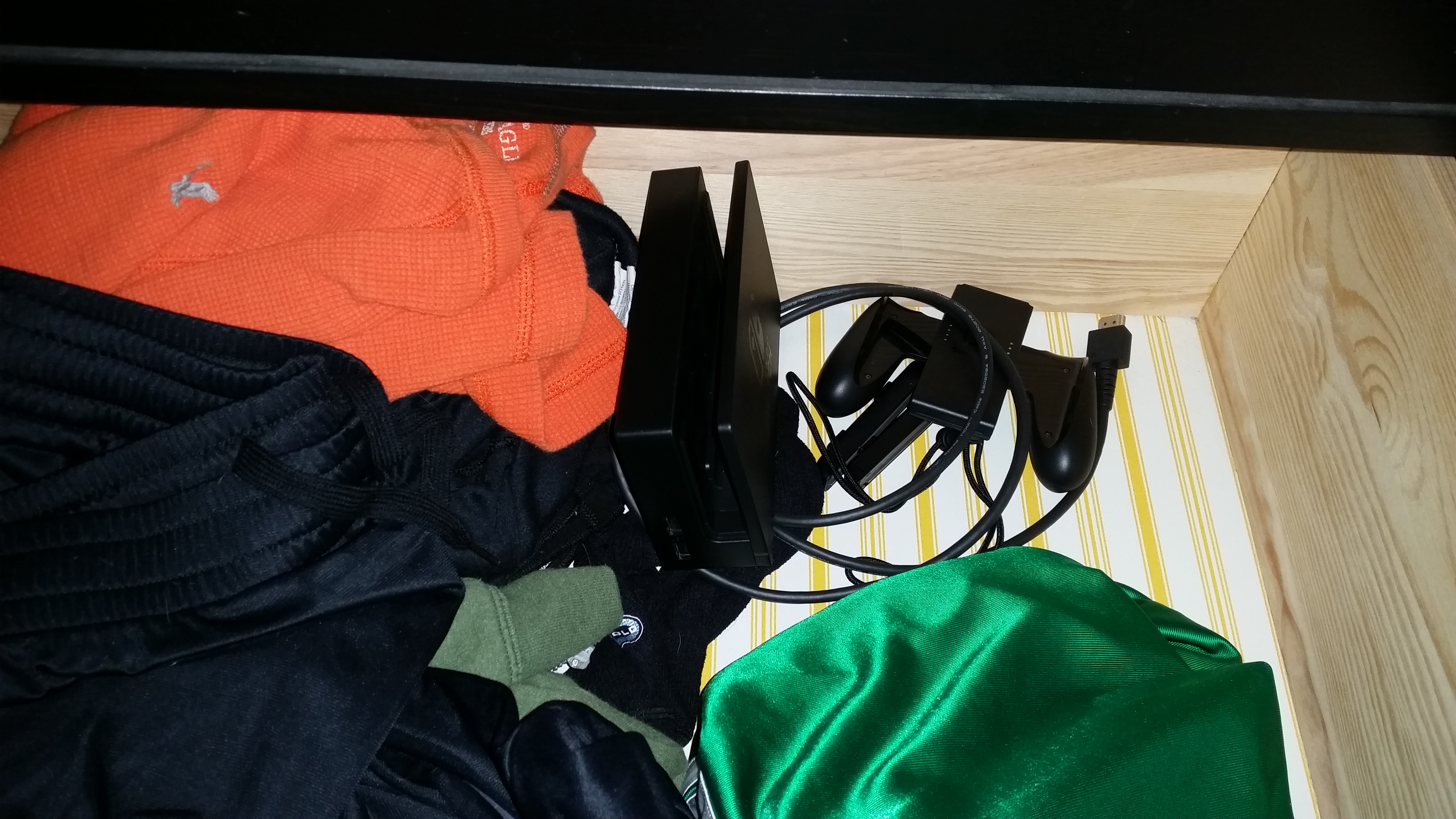 That's where the dock and other shit for my Switch are. That's my random clothes drawer, where I keep some sweaters and shorts and stuff. I had to put my Switch and everything in there a few months ago because my sister-in-law came with her family and I didn't want my two-year-old nephew touching my shit. So I hid it! And subsequently never removed any of that stuff. But it's cool. I can still use it whenever I want. 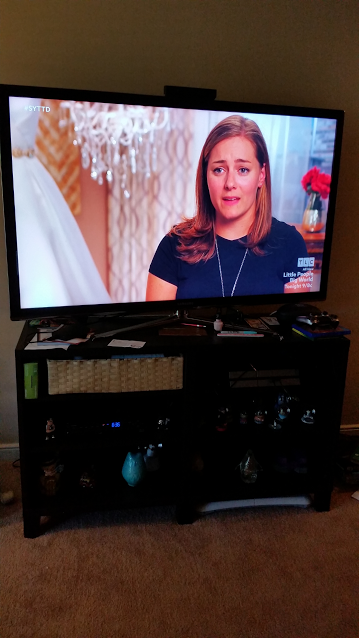 That's right, this is what a REAL gamer plays on! None of this pansy-ass, "Watch Say Yes to the Dress while your husband pretends not to be interested but actually really hopes she finally finds that dress that makes her have that 'it' moment where she feels like the bride she always wanted to be," shit! Coincidentally, my wife was watching Say Yes to the Dress when I took this photo. I waited until she went to work to take this picture. 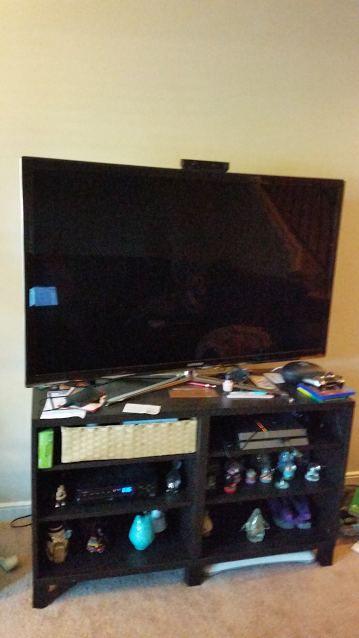 60 inches of pleasure (that was my nickname back in Cub Scouts). It's high definition and does 3D and everything! Everyone loves 3D, and that wasn't a total fad or anything! Yeah, I bought this TV with my own paper money. Actually, my parents left the country and couldn't take this giant TV with them, so they gave it to me. Same thing, really. If you're thinking that entertainment center is from IKEA, then I'm thinking you've got an eye for medium quality for medium prices. 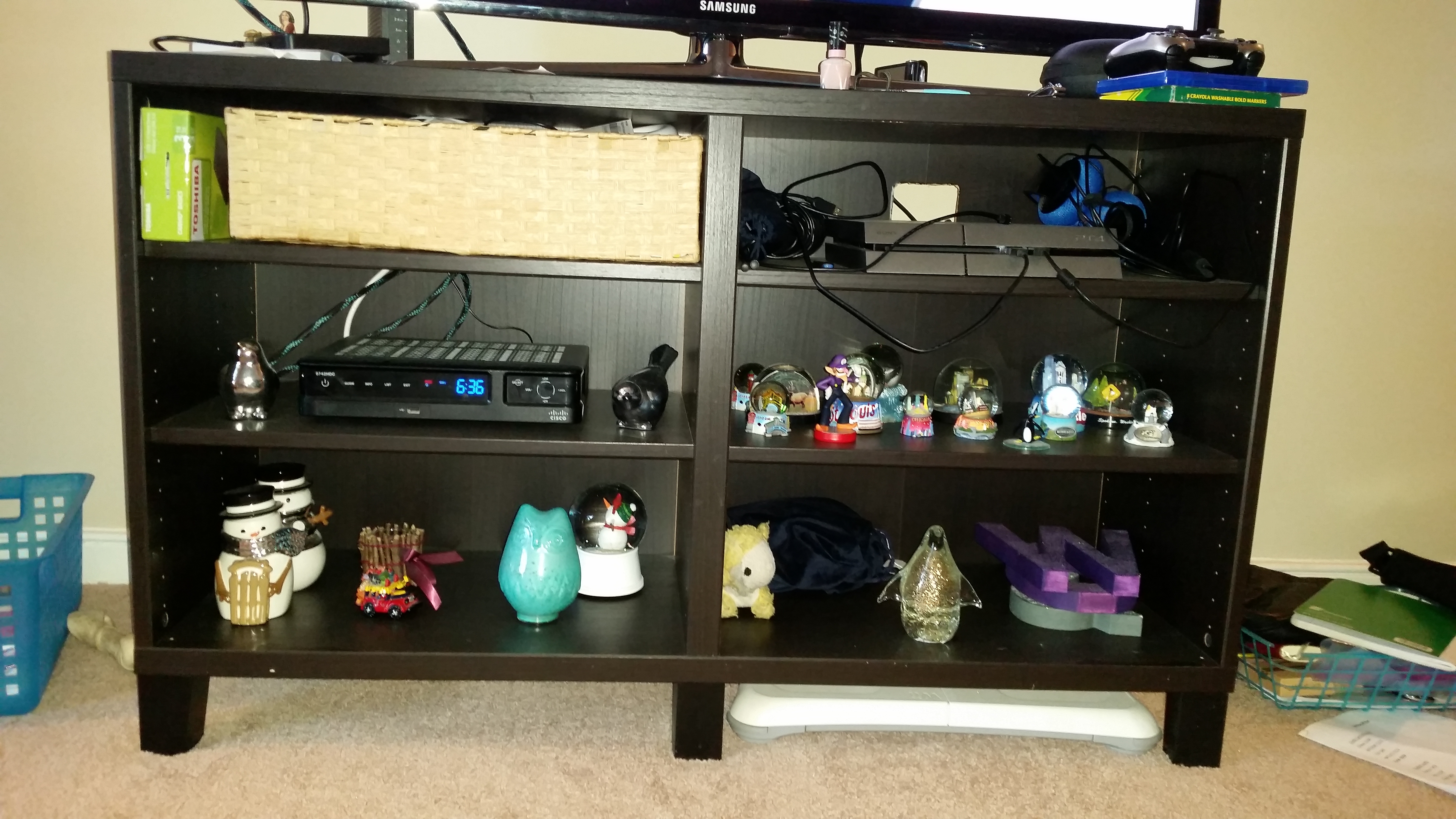 My wife filled up a lot of that space with wife things, so ignore all of that. Check out that PS4. 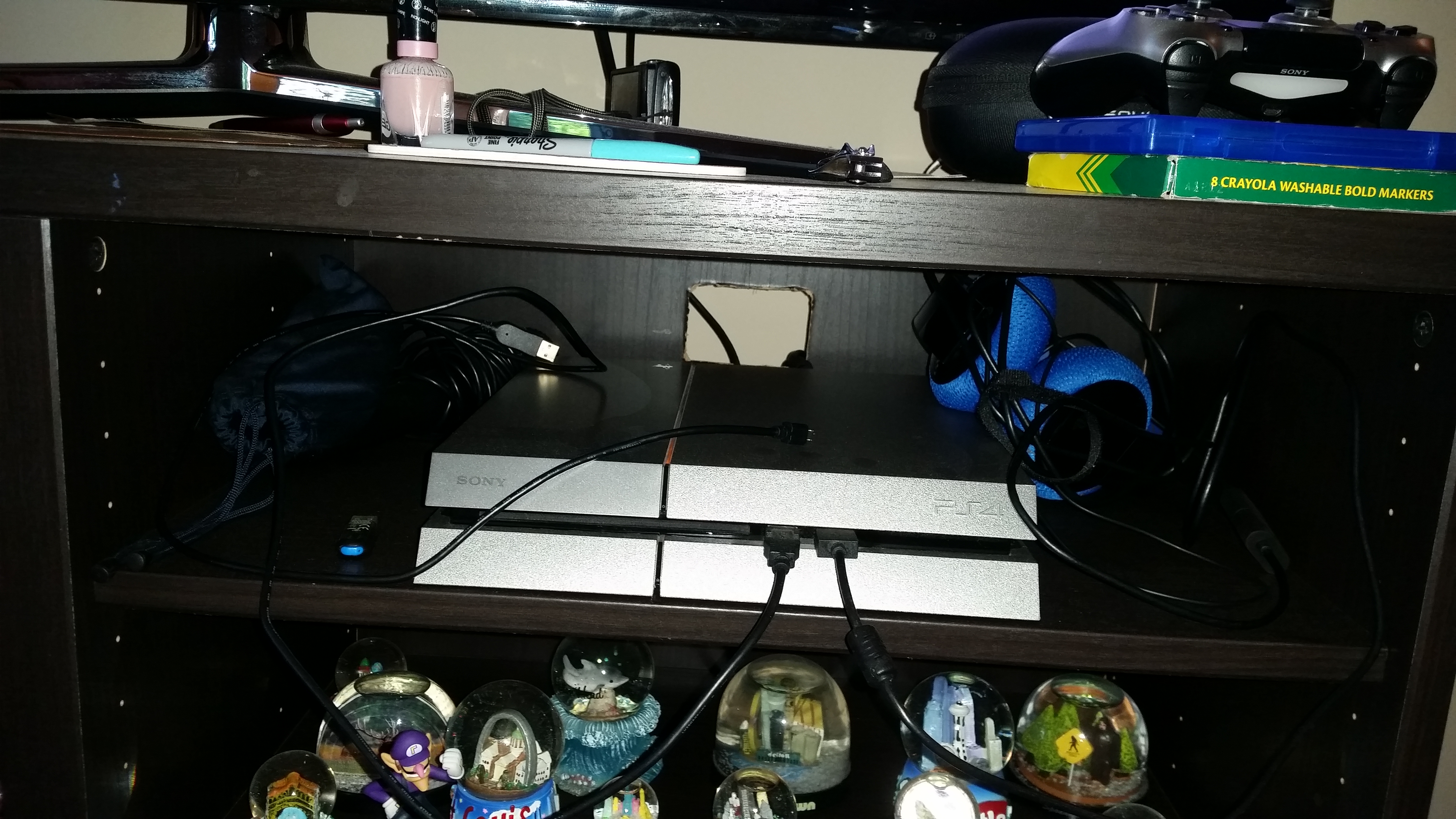 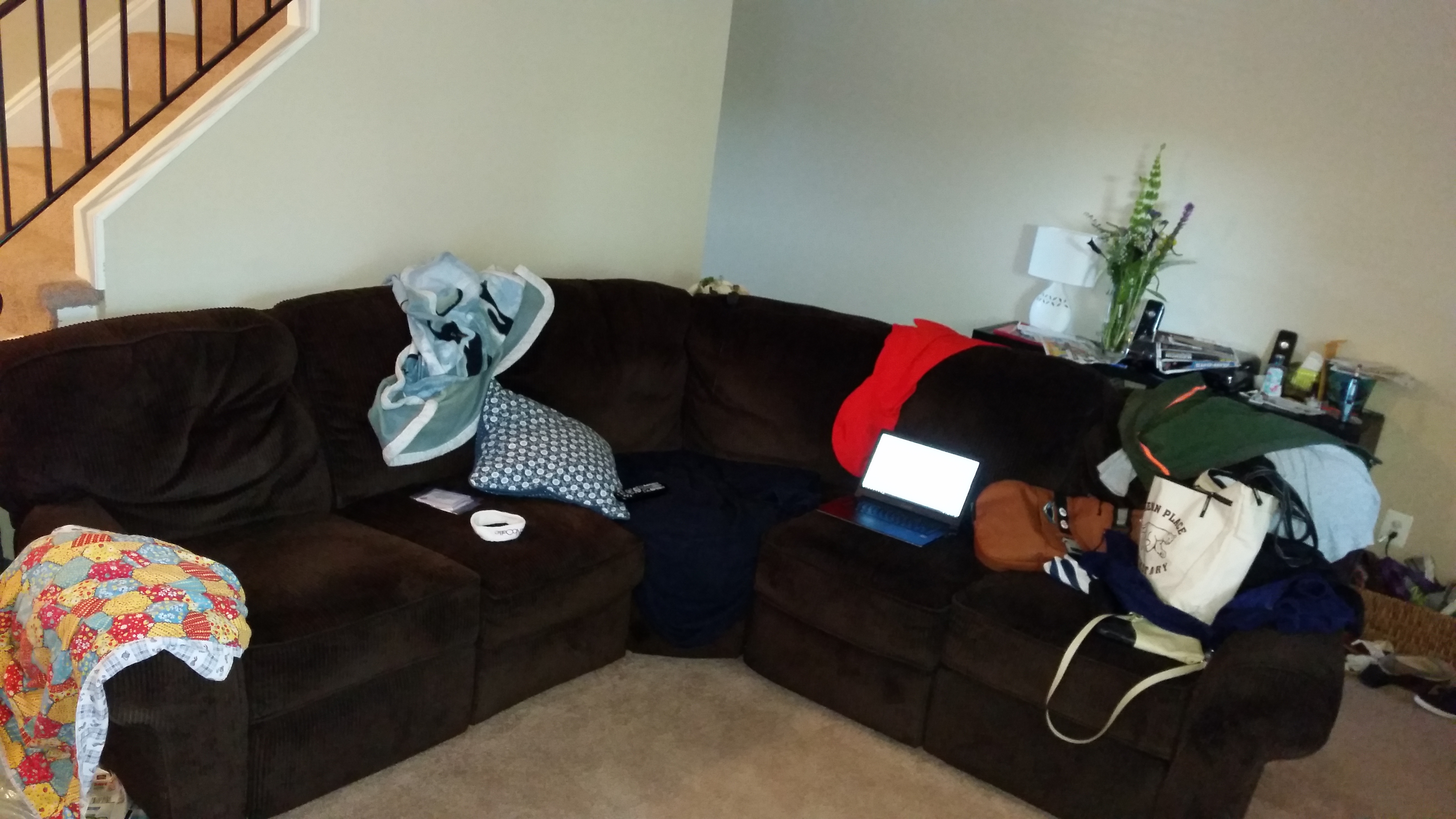 I know what you're thinking, and yes, my parents gave me that, too, since they couldn't take it with them. It's so big that it doubles as a coffee table and a doggy bed, since my wife puts all of her earthly possessions upon it each day when arriving home from work, and my dog sleeps in the corner, which is of course the most comfortable part. I tried to move her once, and she peed on me.

What battlestation would be complete without their gaming doo-dads and action figures? One that belonged to a wiener, of course. I am no wiener. Here is my extensive collection of gaming figures: 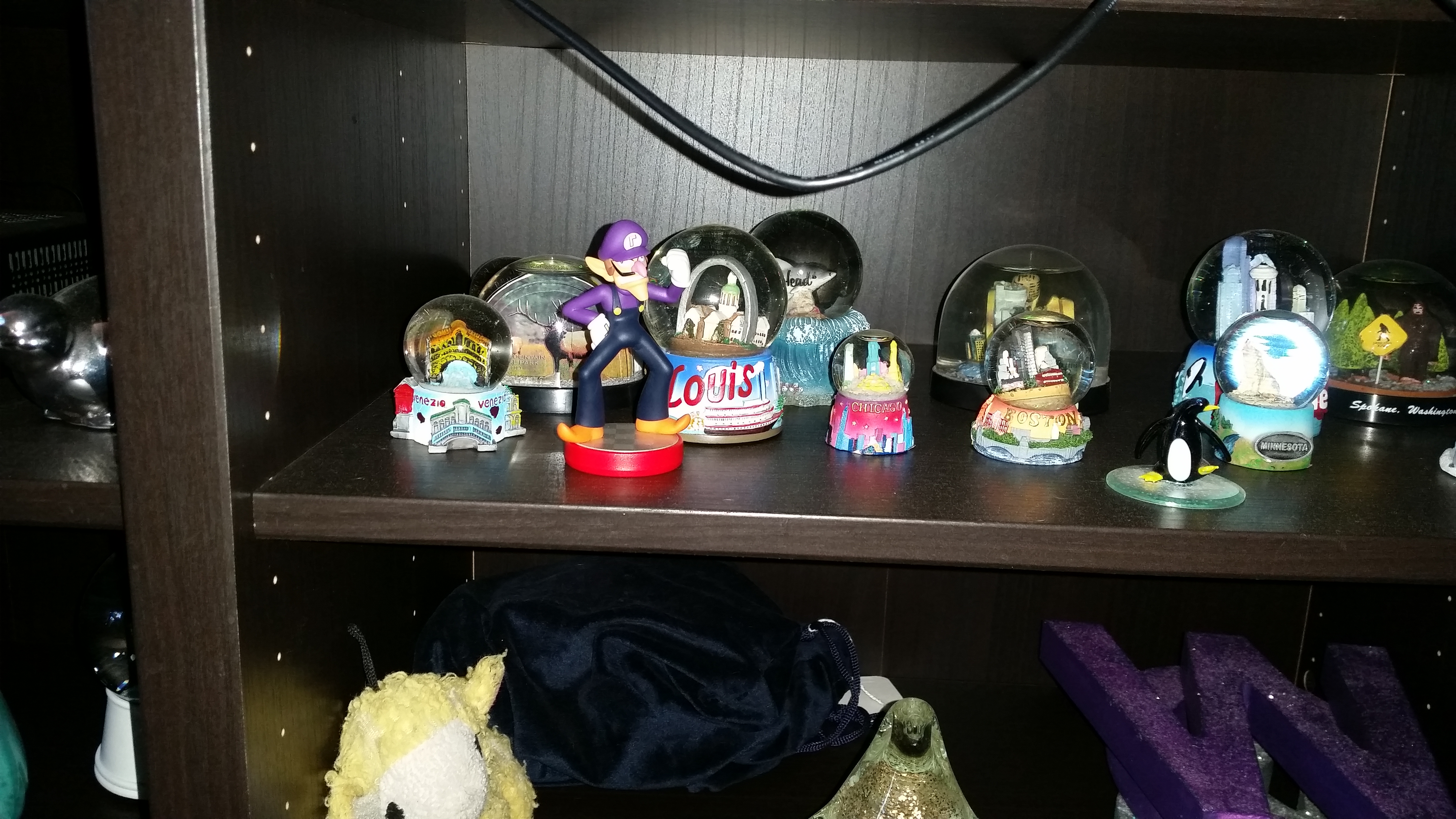 It's really only Waluigi. The rest of that stuff is my wife's collection of snow globes that I got for her when I traveled for work. But I mean, really, if you're going to have one single amiibo, is there really a better one to have than Waluigi? If the answer isn't, "no," then I don't have nearly as much sex as I've mentioned so many times thus far in my blog. Here's some other stuff! 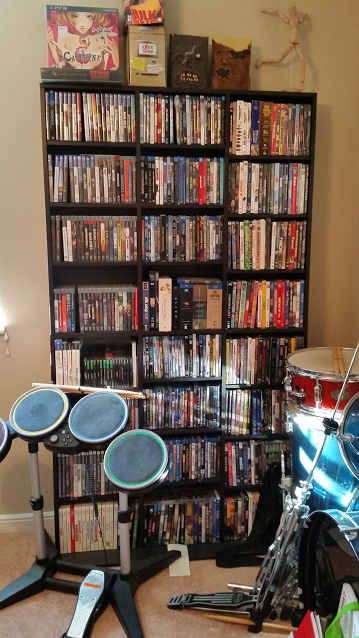 This, my friends, is the ultimate collection. Um, like 30% of it is covered by drums and drums-related-paraphernalia, but rest assured I have the best stuff in my collection. Look at all of those games and movies! God, I'm cool. Look at how cool I am! The entire left column is comprised of games, while the middle and right ones are all my movies. Yeah, I guess you could say I'm a movie buff. But I'm a buff buff, too. I'm muscular, is what I'm saying. Oh, what's that on top? 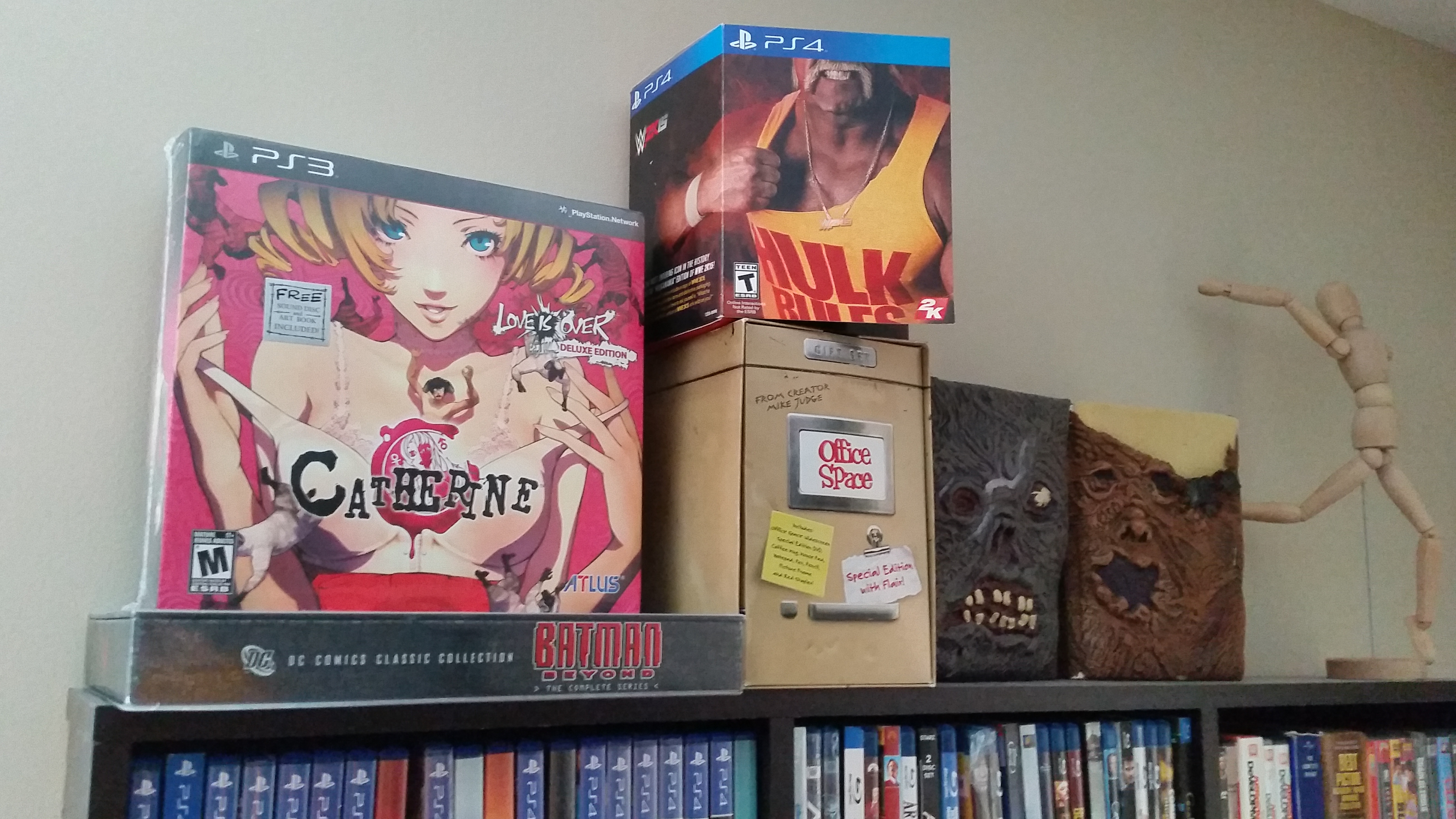 As you can clearly see, I am a man of exquisite taste. That sealed copy of Catherine says more than these stupid words comprised of letters ever could. And yeah, those are the Evil Dead editions that look like the Necromonicon. The one on the right even screams when you hit the button on the front! That Hulkamania Edition of WWE 2k15 also screams when you open the front flap! But only bad words, and only if you're black.

Well, that's my ultimate gamer setup! If for some reason you doubt how much of a real manly gamer man I am, then I'd like to refer you to the evidence above. I taking gaming seriously. Very seriously. Only the best and biggest for me. Yeah, you'll find plenty of obscure and amazing games in there, and not any for manbabies like the ultimate collector's edition of The Notebook that comes with postcards and a scrapbook to make your own memories of the movie's plot! 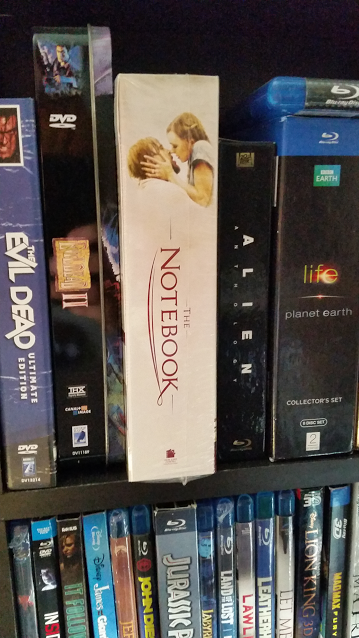