Well, Destructoid’s counting down their top 10 Wii U games, and put out a poll today asking readers for their own top tens. I supposed I’ll do my own one of these blogs why not! After all, I did this kind of list for my favourite Wii games, as well as an extremely timely and focused blog post counting down my favourite DS games. And now here we are.

The Wii U’s pretty much finished now, it would seem. It was a great console, I think. The games looked beautiful, it supported nearly every controller Nintendo’s made in the last 15 years, and finally Nintendo had a solid (free) online system (the Switch has nothing right now, it goes back to friend codes, not even any basic chat or message functionality, and they expect us to pay for it soon). It was a feature-rich system, which basically checked all the boxes for me, for being the perfect home console.

The only problem was the lack of third-party support on the platform. People said the same thing about the original Wii, because, y’know, most of the big multiplatform games at that time were exclusive to the HD consoles, but I believe the original Wii had tons of great third-party stuff for those who cared to look – lots of unique and creative, often Japanese, smaller games, a niche which has basically evaporated with the increased barrier to entry inherent in the HD era. For that reason, the Wii remains my personal favourite console of all-time, and that’s why I had no problem compiling a “top 25” list for that console, while, on the Wii U, I haven’t played 25 games; I can only barely put together a convincing top 10.

Actually, I haven’t played any new Wii U game released in, like, the past 2 years; there hasn’t been much that’s interested me, and anyways, my Wii U was freezing a lot last time I played it – it seems to be on its last legs. It’s a shame I suppose, and I hope the Switch is better supported (though to be honest, it’s off to a much weaker start, as far as I’m concerned, with very few games I’m interested in on the horizon, besides the new Mario)…

Then again, I haven’t had as much time for videogames in the last few years as I did in the Wii days, so the drip-feed of high-quality Nintendo stuff, is enough to suit me just fine, especially with other consoles around. And the games Nintendo was making for the Wii U in its heyday, were damn high-quality. So enough pre-amble! Here are some games that more than demonstrate the Wii U’s potential to have been the best home console ever: 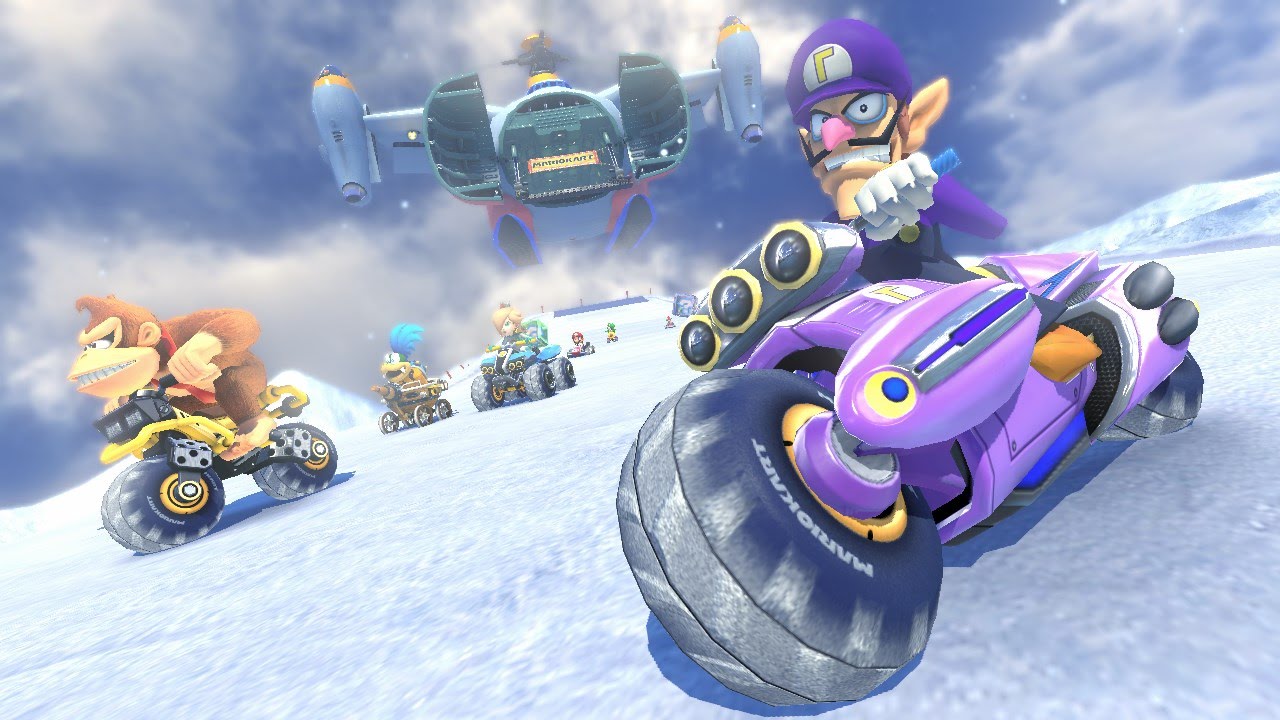 The gravity-defying tracks and HD graphics makes this clearly the best Mario Kart game to look at. On the other hand, the lack of battle mode, and the controls not feeling as tight as Mario Kart DS (mechanically, my favourite Mario Kart game), left me feeling a bit disappointed as I was going through this game, in solo mode (offset by the fact that I got Wind Waker HD for free by buying it at launch!). However, when I brought the game to college, it became the game my friends wanted to play with me. For my friends, who were not as skilled in Smash Bros, and not as interested in Rayman as I was, Mario Kart was the best party game, and for that reason, more than my own critical assessment of the game, I got a lot of mileage out of Mario Kart 8.

Now this is what the Switch is lacking. A pack-in game. A game that demonstrates the unique features of the system, and that’s actually a really damn fun multiplayer game to boot. It’s not quite Wii Sports, but the three competitive games on here – Mario Chase, Luigi’s Ghost Mansion, and Animal Crossing: Sweet Day – are all still really fun, and continued long after launch to be a legit party game option. 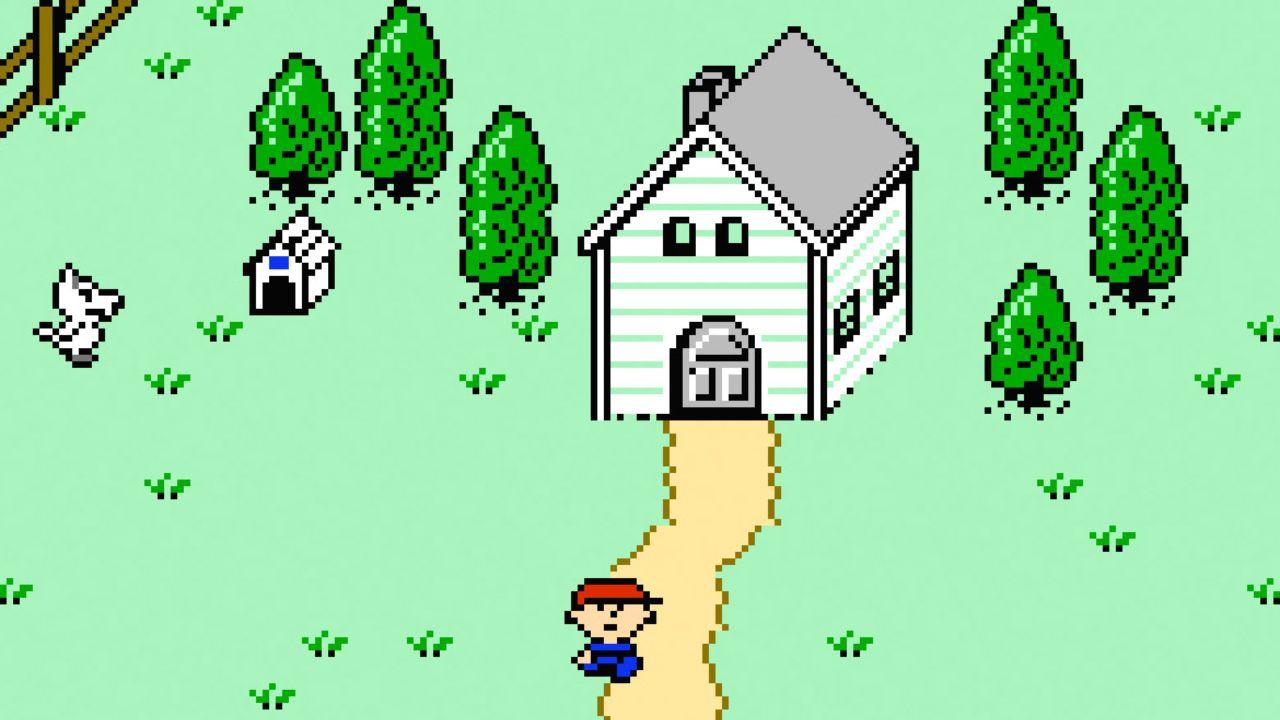 I’ll count Earthbound Beginnings on here as a legit Wii U game, and disqualify Earthbound as virtual console, because this is actually Mother 1’s first time being released domestically. Either way, both Beginnings and Earthbound proper are the two retro games I got into on the Wii U, and it was my first time really playing this series, after Ness being my favourite Smash character for the last 15 years. I’d tried to play Earthbound on emulator back in the day, but could never get past Onett for some reason. So I was surprised, playing it on Wii U, that I really got deep into it, finished it, loved it, and then when the less polished original game came out, ended up playing that one all the way through and really enjoying it as well. These are immensely charming games, which still hold up after all these years, and here’s hoping they’ll complete the trilogy on the Switch soon. 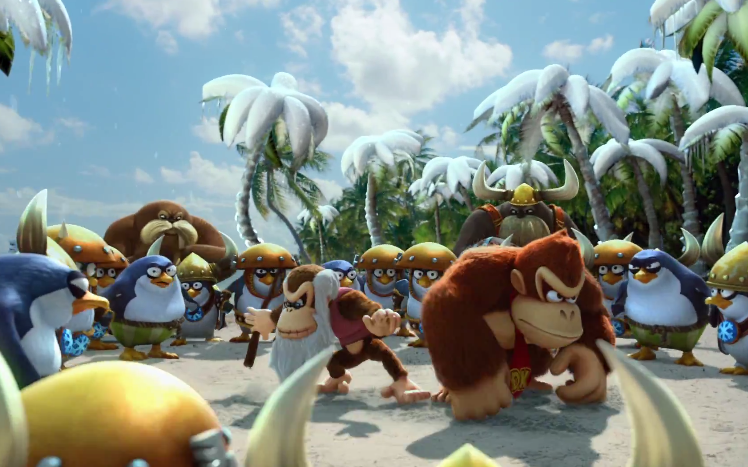 Donkey Kong Country Returns was, mechanically, maybe my favourite 2D platformer ever. It was so polished, every obstacle, every enemy, every jump felt so precisely and purposefully calculated, the level of challenge and the learning curve to each level was so satisfying. Well, Tropical Freeze maybe didn’t quite reach the same highs as Returns, but it was a great, content-rich follow-up just the same, with a few notable improvements: namely the graphics, the genius upgrade of Cranky Kong to a playable character (and Funky Kong as the new shopkeeper), awesome enemy design, and better bosses. 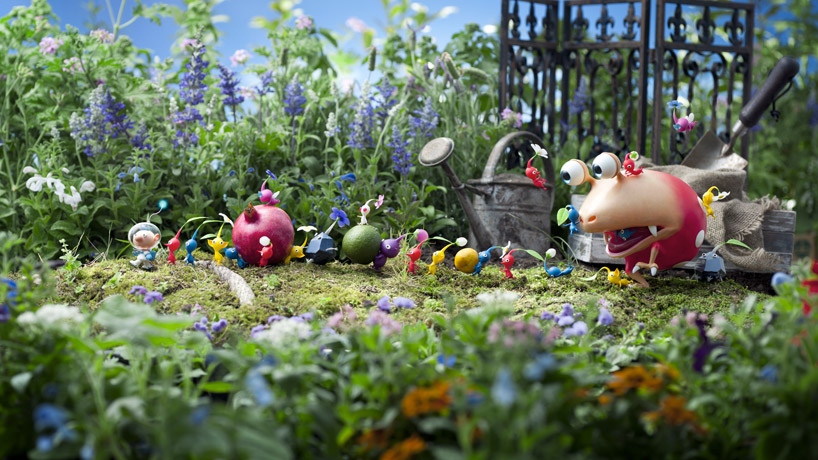 I adore the Pikmin series. And Pikmin 3 is a wonderful, and extremely beautiful new entry. I was a bit disappointed that it didn’t last longer (at the end I didn’t realise it was over – I was still expecting to get the purple and white Pikmin eventually), but that’s pretty much the worst thing I can say about it; it left me wanting more. I also discovered the multi-player mode last year, which I’d previously overlooked, and it’s surprisingly excellent (though it was while I was playing that that my Wii U started freezing). 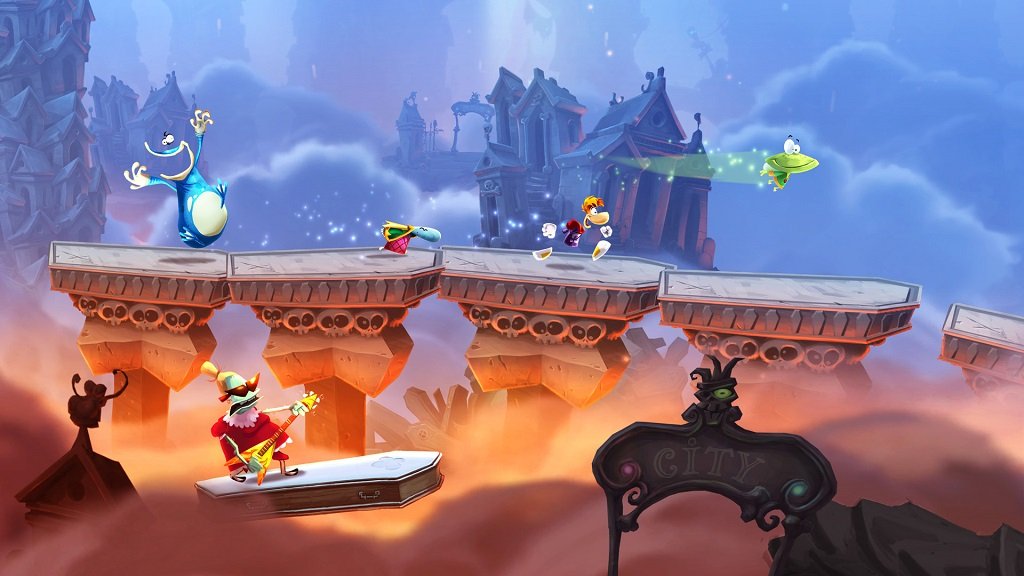 Compared to Nintendo’s flagship 2D multiplayer platformer, New Super Mario Bros. U, Rayman Legends is so much more creative and fun, it uses the gamepad so much more innovatively, and exudes personality and actual “New”ness. I had a blast playing through this one with some of my college friends.

4. Super Smash Bros. for Wii U 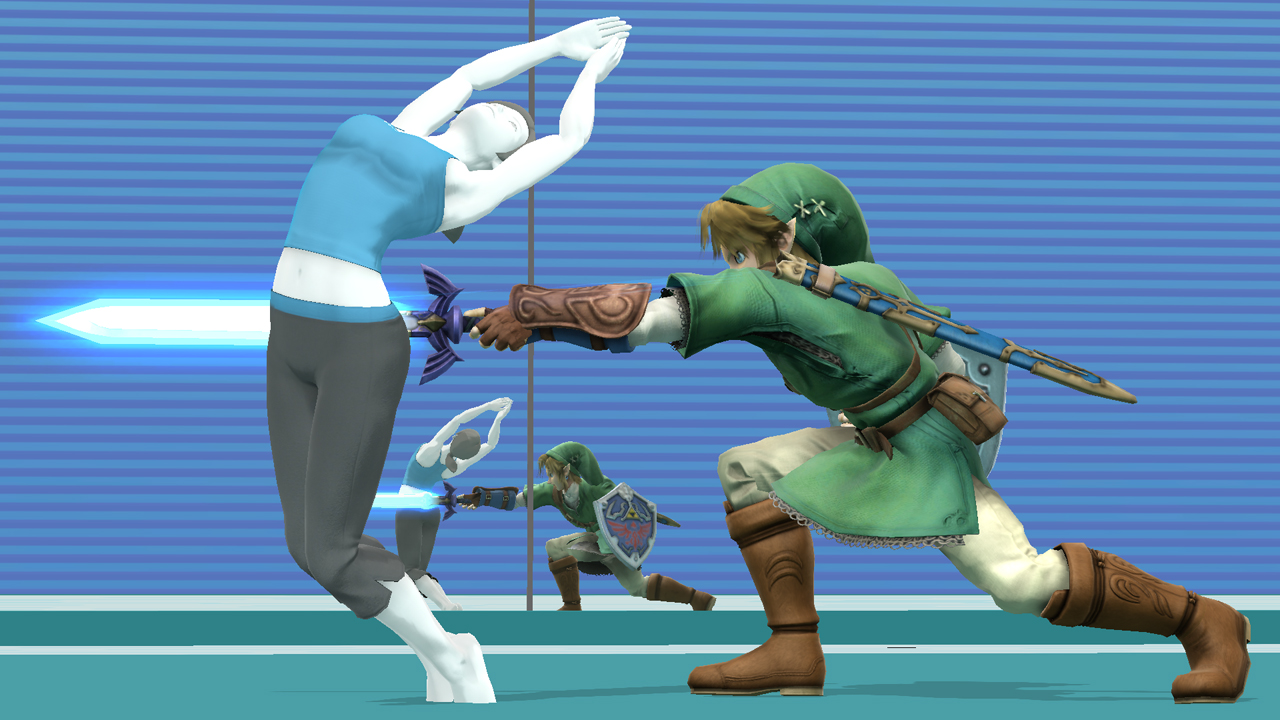 This game was the real “event” release for the Wii U. After mostly playing by myself for a couple of days after its release, some of my neighbours at my college residence saw the game through the window, and the next thing I knew we were having full-on eight player matches, with everyone anxious to give the game a go. Smash Bros. has always been the ultimate staple party game for me, and this one is definitely the biggest and best yet, for a number of reasons. 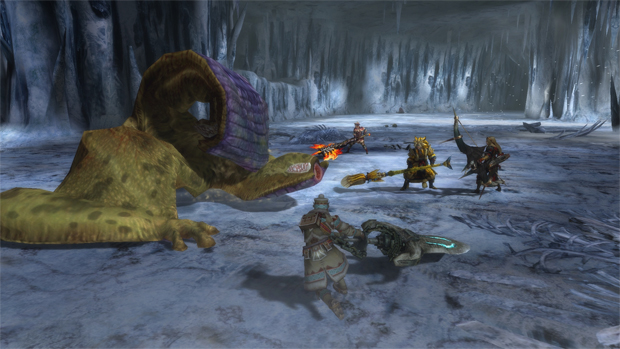 Monster Hunter 3 Ultimate was my first Monster Hunter game, and it’s a game I was hesitant to play at first since I knew how notoriously difficult these games were. But it’s a game I absolutely fell in love with and became completely absorbed in, an online multiplayer experience like nothing I’d ever played before. I sunk 70 hours or so into it, before I decided to take a break and play Pikmin 3 instead. After that I had trouble getting back into it, and there was this poisonous pink bird thing that kept giving me grief – I didn’t play nearly as much of the game as I ultimately could have – but I look back on the time I put into it fondly, as a truly unique and enjoyable gaming experience, and I had some great online interactions with people. 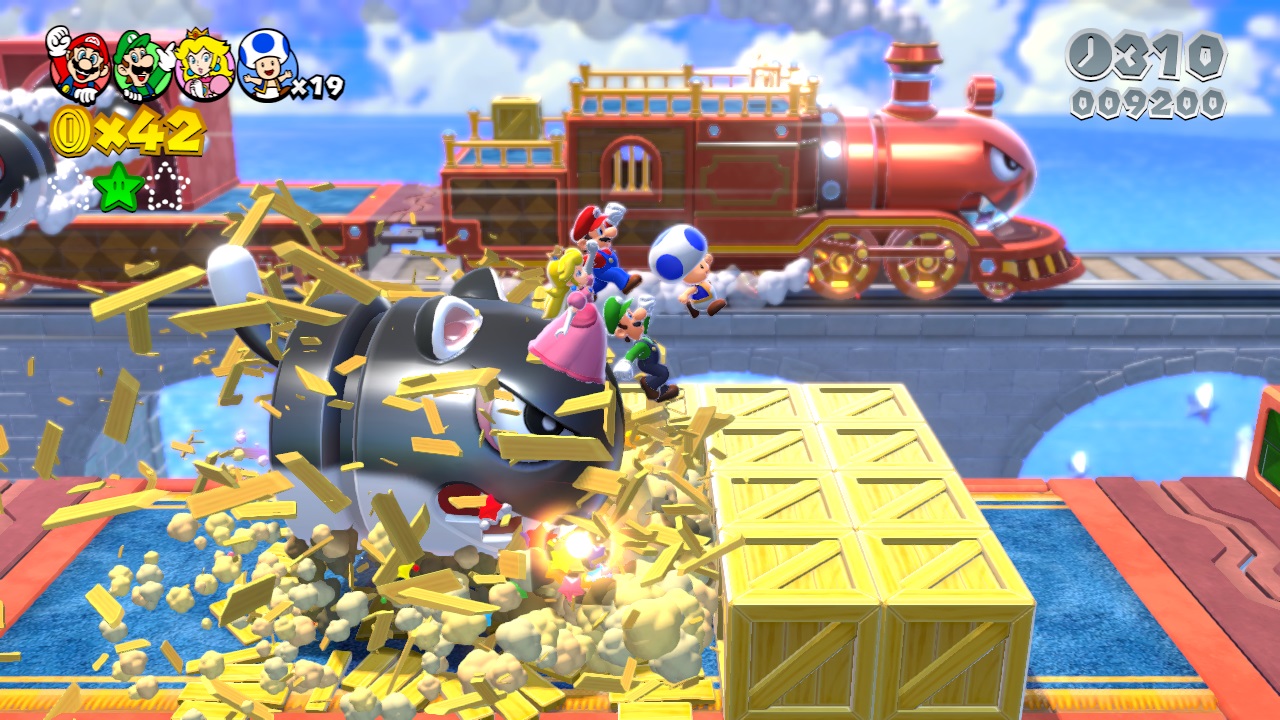 Five of the games on this list are local multiplayer games. I had this system during a period in my life when I was living in college residence for the first time, instead of commuting, and in a way, that fact is defining of what the Wii U was and meant to me. It was a great party game system, and no game did I more enjoy playing through with my friends and roommates than Super Mario 3D World. It’s a beautifully polished game, which is so enjoyable in its multiplayer that I may even dare to say, it’s the best Mario game ever made. 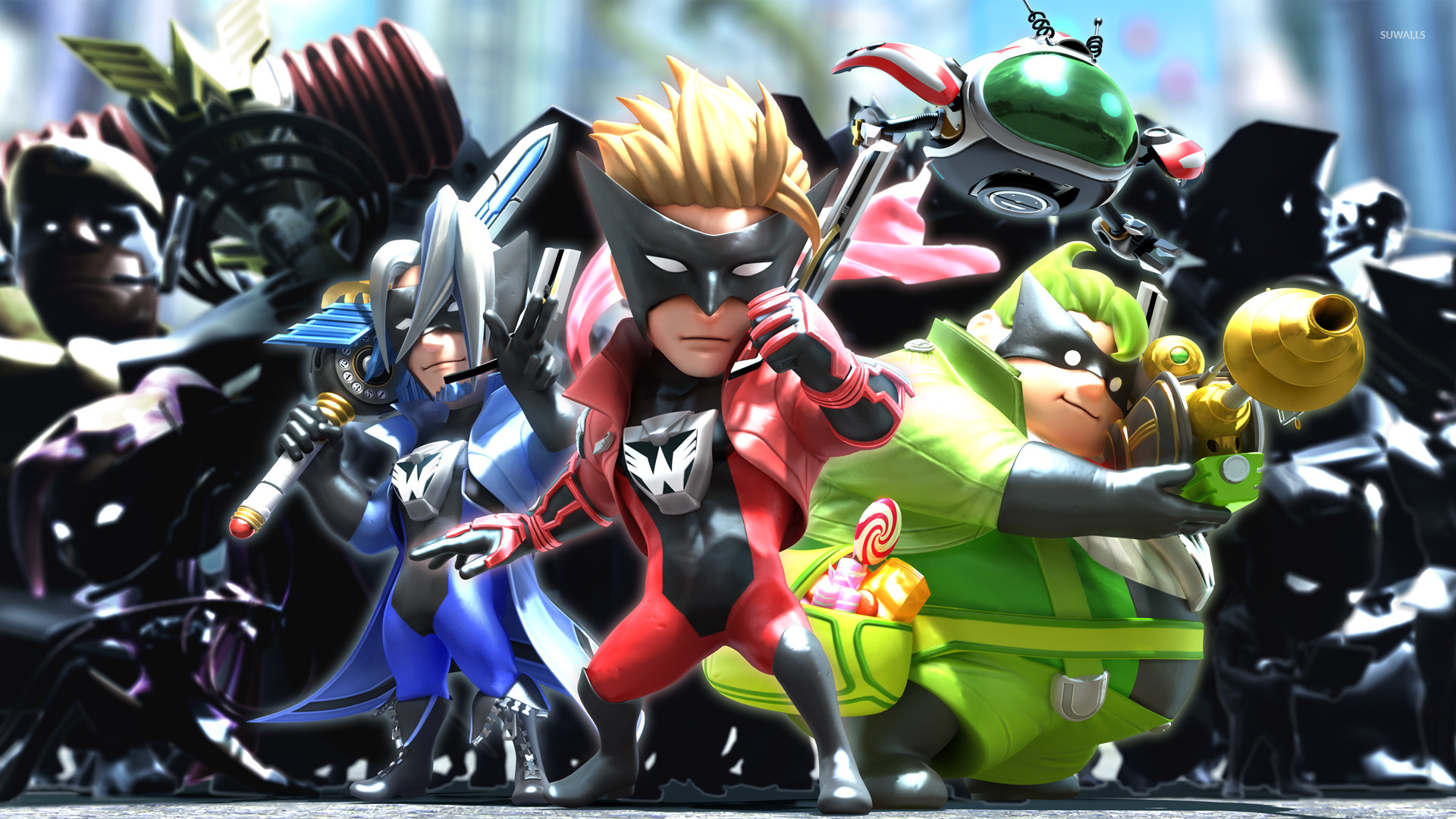 When I saw the early footage of The Wonderful 101, I was hoping it was a sign, that those unique and creative mid-level Japanese games I mentioned that I loved so much on Wii, would continue to exist and thrive on Wii U. Well, they didn’t really, but The Wonderful 101 ended up being so good on its own it almost made up for that. It’s literally my favourite action game of all time. The gameplay mechanics are innovative and perfectly executed, the humour and style are top notch, and the game flies breathlessly through fantastic action setpieces towards a mind-blowing ultimate climax – it’s totally a triple-A level production of a kind of game you’ve never seen before and will never see again. It’s an easy pick for my #1 favourite Wii U game.