Some quick words on politics.

I realize I must look like a bit of a hypocrite since I often complain about politics talk, but I figured writing this blog would be a good idea to explain where I stand, and why I'm so averse to political talk.

I'm just tired of seeing some people being so aggressive in social media. I'm tired of people being unable to meet halfway, or discuss without throwing personal insults. SJW this, Nazi that, Cuck that, Fascist, Retard, Inbred, Racist, Poo poo head.

You know, I do think politics could have a place in internet communities. But what we're seeing right now, in a lot of places, isn't politics. It's gossip. It's libel. It's sooooooo often trying to find dirt on so and so, instead of debating pros and cons of different governmental issues. And I think the format of online communities benefiting short posts over developed arguments isn't helping.

At times, the left and right categories are misused so much the terms are borderline meaningless. Political discussion has been twisted to talk about social issues above all else. A man who believes in a small state with focus put on individual freedom and responsibilities instead of forcing a certain degree of equality via regulations, but believes in climate change and didn't even say anything negative towards immigration policies is a lefty. A man makes a joke about blonde women, and even if his own political beliefs are borderline communism he might as well share a bed with the creator of Breitbart.

It's crazy to me that the internet is so often being used as a way to get mobs to jump on and ridicule someone. That's so far away from the dreams of all nations being brought together. Why couldn't someone give their opinions on an issue without attacking people or being attacked by people? Hell, some of that also applies to video game discussion. If you don't enjoy the game I do, then you're my enemy. Metacritic bombs, DDOS. Disliking a game doesn't make you a hater, enjoying a game doesn't make you a fanboy. Ideally, stay chill, don't insult each other, take people who disagree with you as a potential way to learn rather than an enemy. Recognize that you don't know everything and can be wrong about anything you post. Being opinionated is fine, but being respectful, thorough and humble while being opinionated is so much better!

(If you really want to know what I believe though, I tend to favor equality and sustainability over freedom and growth in most cases.) 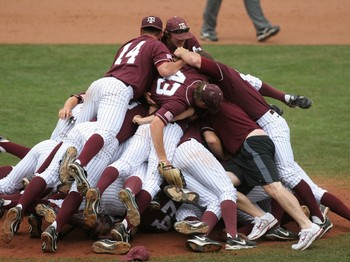 The sports pile doesn't stop from getting taller