Every year I take part in Four in February. It's a month-long event meant to help people focus on, and hopefully finish, a tiny chunk of their backlog by choosing at least four games and getting through as many of them as possible by the end of February.

Here are the games I wanted to beat this year, as well as how far along I was at the beginning of February:

These are all pretty old games, but there will be spoilers below!

Here are my results, and what I thought of each game:

This was the Collector's Edition on Wii. I had already beaten all three games separately, but when this came out I wanted to play them all again. However, due to my life situation at the time I was never able to get through all three games. I tried several times over the past eight years, but each time I would only be able to finish Prime and for whatever reason stop in the middle of Torvus Bog in Echoes. Now my life is significantly improved, and this year I was able to finish all three games and can finally remove the disc from my "Unfinished" shelf. I enjoyed all three games, and they were mostly how I remembered them from my original playthroughs: Prime is still perfect, Echoes is still too slow, and Corruption is still too fast.

I don't hate FFXIII. I originally played it together with my best friend when it first came out, and if there were any flaws we were able to laugh at them and struggle through them together. That is, until we got to Vanille's eidolon battle. We alternated attempts to capture it, but eventually gave up. We tried a few years later just for fun, but still got nowhere.
I decided to play the whole game again when I found it on sale on Steam. I was playing solo this time, but I was still able to enjoy it by streaming it for my best friend and having the same commentary as before. I eventually got to the same point we had stopped years ago. It was just as frustrating, but I did eventually break through. Unfortunately, almost everything since that point was even more frustrating. I can see why some amigos hated FFXIII. The game took a huge difficulty spike. I would get through all of the enemies easily, but get stuck on every boss for hours. In the end I got stuck on yet another frustrating boss. But I don't hate FFXIII. Except Hope.

I played through Final Fantasy X last year and loved it. After I finished I immediately started up X-2 and all my excitement completely tanked. I had no idea what was happening or why. Everything was so different and nothing like what I expected would happen in two game years. I set it aside and tried to forget about it. I decided to give it another chance only so I could finish it. It slowly got slightly better as I played, but I can't say I enjoyed it. I will finish it as soon as I can though.

I switched out of Legend of Legacy because I just wasn't feeling it. I also wanted a game that I could breeze through and enjoy during my lunch breaks. This is the only Pokémon game I hadn't finished, also due to life situation awfulness at the time it came out. I had originally played through to the legendary pokémon, then restarted, then only got to the second badge and never got around to finishing it. I probably didn't enjoy it as much as I could have since I was semi-rushing through it and also had already played Moon, but I'm glad I was finally to experience the whole game.

On one hand, I knew it was silly trying to fit four pretty lengthy games into one month. On the other, I really thought I could since I was decently far along in all of them, and I even made it through most of each game. Either way, I still made progress on my backlog!

Normally I would also participate in More in March, which is the same idea for an extra month, but Breath of the Wild was finally released and I'm already playing it non-stop. If I somehow get tired of it, then I'll try to finish up the last bits from my two failed games.

I was pleasantly surprised to find out that Sailor Zebes also does Four in February. Hopefully more people join us next year! 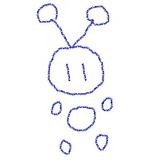