The Nintendo Switch Is a Game Changer In My Life At the Moment.

It's been an interesting, hectic, and sometimes scary time in my world as of late. See, since last July my wife has had what started out as shooting pain in her legs. That began to evolve into severe pain that was hampering her daily life. We finally got a verdict a few months ago and it wasn't great. She needed back surgery. Had some discs breakdown and they were pressing against a major nerve. The day of her surgery finally came up this past Thursday, coincidentally my brother's birthday and a day before the launch of the Nintendo Switch.

Depite the PS4 being my primary console of choice, we're still a Nintendo household. As such, of course we had one preordered. My wife is a trooper and was ready to go home after a single overnight stay in the hospital, even though she's still in a pretty good amount of pain. The doctors checked her out, gave her the ok and we were on our journey home. I went and picked up the Switched and we picked up Zelda (of course) and Super Bomberman R due to my childhood experiences playing that series to death on the SNES.

The wife is and most likely will be in pain for quite a while during the healing process. Afterall, she had parts of her spine fused together and screws put in. She's a cyborg! (We joke about this.) During this time of course being a good husband I've made sure to do everything I can to make this easier for her. Taking care of the kids (Daughter is helping too, she's been very helpful in fact.), trying to cook (and failing), etc. But through all of this my wife has been bumming because she can't really sit for long in front of my PC to play her games of choice, League of Legends and Heroes of the Storm for long. She can, but she can't stay sitting in the same place for too long. So the Switch comes into play at this point. It's given her something to do, we've been playing Bomberman as a family and she really enjoys that.


And then for me as well. I've had to be vigilant and constantly moving around the house. For my downtime the Switch has proven itself immensely as a worthwhile investment. I've managed to play a lot of Zelda, a massive open world game while moving around the house throughout the day. And to me that's awesome. I honestly wasn't completely sold on the idea of the Switch being a hybrid console/handheld up until this point. It seemed neat but not something I figured I'd really utilize that much. This has completely changed my mind on the idea. I struggle to find the time to play massive open world games, and rarely EVER finish them, and this is even before trying to take care of my wife. But with the Switch...I can actually play this thing whenever and wherever around here and that's actually kind of a game changer for me.


It's a trying time in my household right now. This new machine is making the entire household (including my 4 year old son, who LOVES Bomberman now) happier. It's given me some joy in a very stressful time and for that, I'm quite thankful this time for Nintendo's insistence on innovation. The console's "Switch" gimmick came at EXACTLY the right time for me, a gimmick I really didn't even think I'd appreciate. But here we are, and we're glad we picked the thing up. 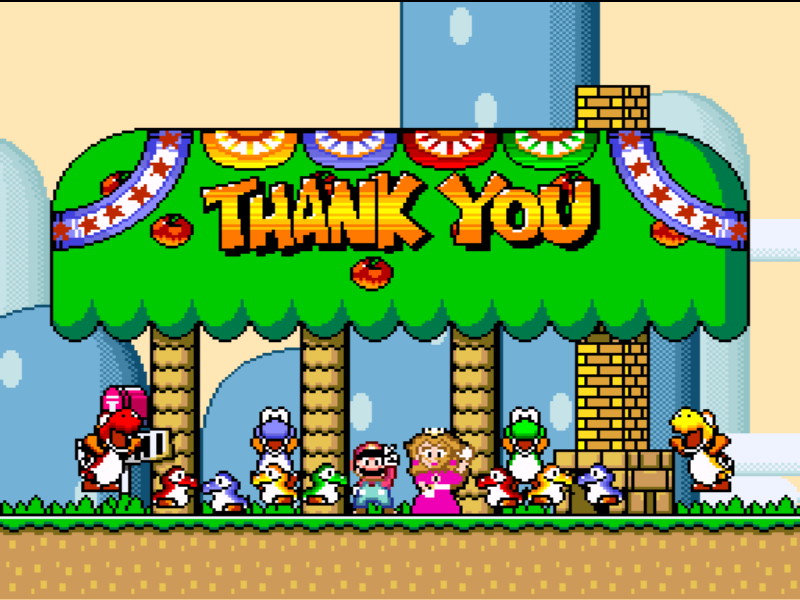