Wild Metal is set in the distant future in the vast reaches of space where machines have gone out of control and have driven the human population off three planets in the Theric system, you're sent in to claim back the lost planets from the machines and collect the lost power cores.

At the bottom right of the screen you'll see different blinking colors, these are the power cores you have to collect on each level, they're easy enough to find since they glow in the environment and are usually heavily guarded, once they've all been collected you can proceed to the next level. 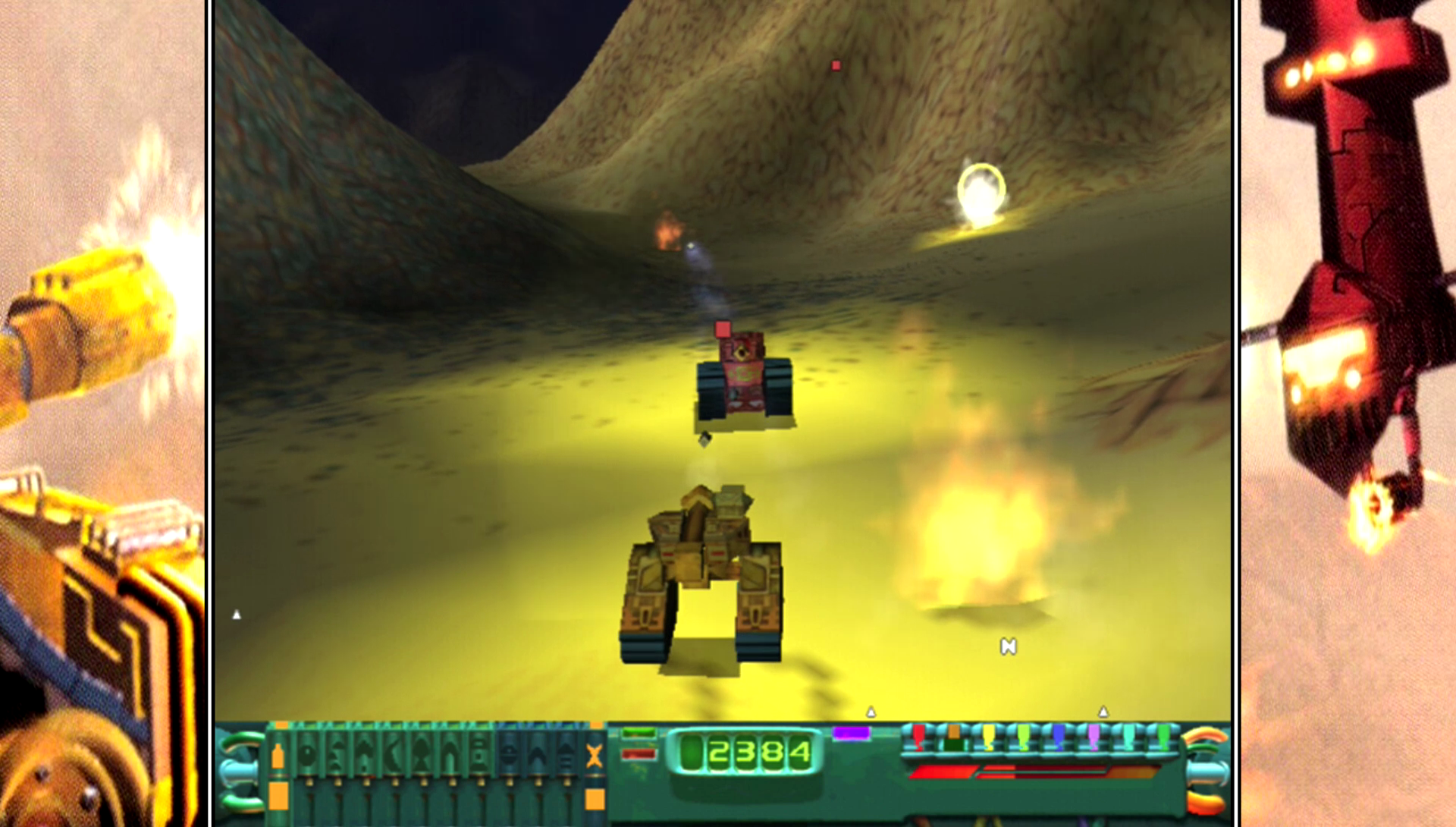 Wild Metal also does feature multiplayer, but this review will be based purely on the single player aspect of the game.

Grand Theft Auto 1 and 2 had a pretty terrible control scheme on console, thankfully and surprisingly Wild Metal doesn't. You control your movement with the analog stick and adjust your weapon using the left and right triggers and fire by pressing A or holding down A to adjust the height and you can adjust the camera up and down with B and Y. 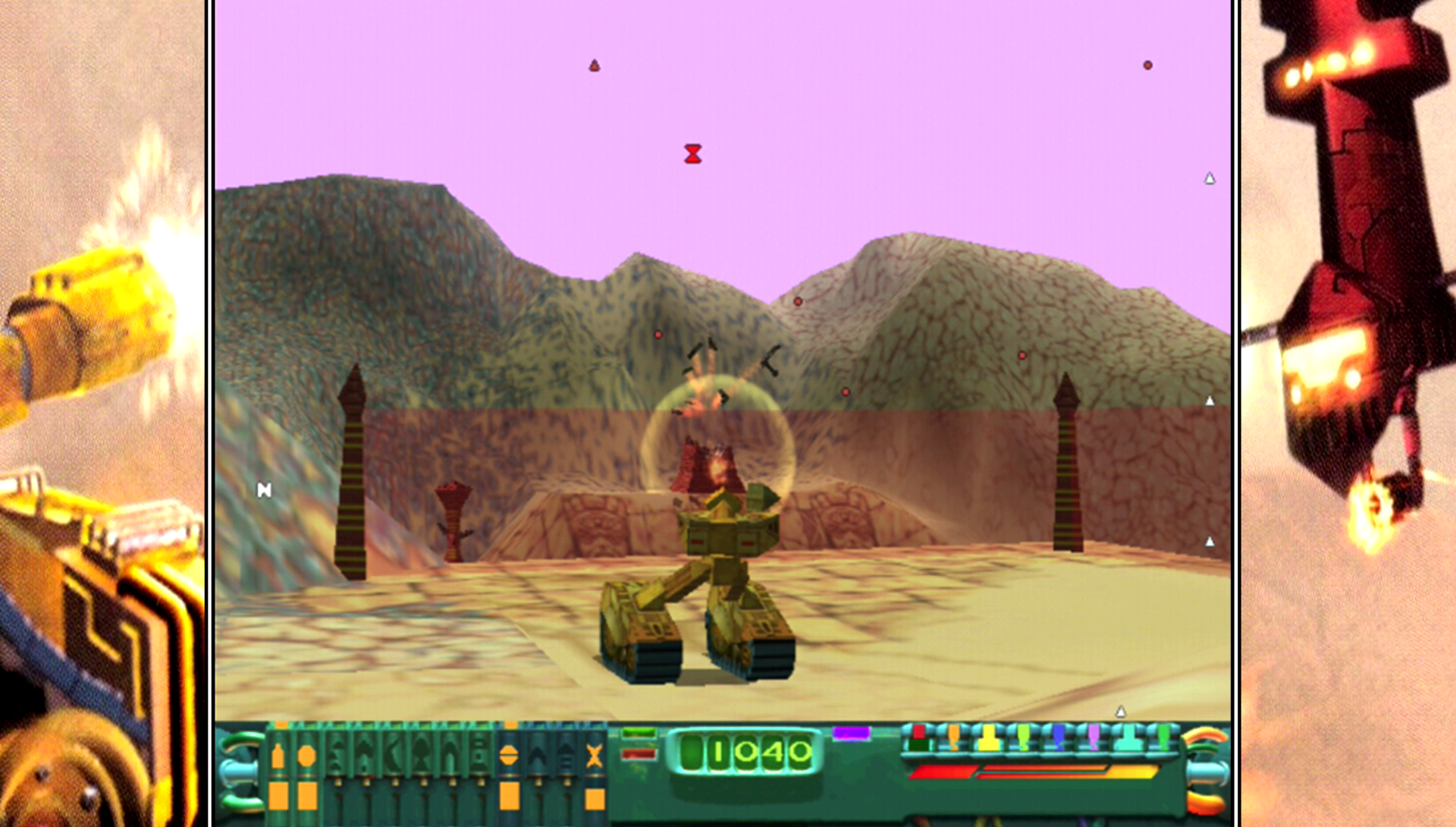 It works surprisingly well and I was able to pull off some long range weapon fire within only a few minutes of playing and getting used to the controls. I also imagine this game being pretty fun with split screen multiplayer and going against one another with different types of robots, but I wouldn't know because nobody wants to play Wild Metal in 2017...

Wild Metal does have some different robots to utilize and fight against, each control and move differently for the most part, my favorite being the manta simply because the weapon and over all design of it is more lower to the ground. 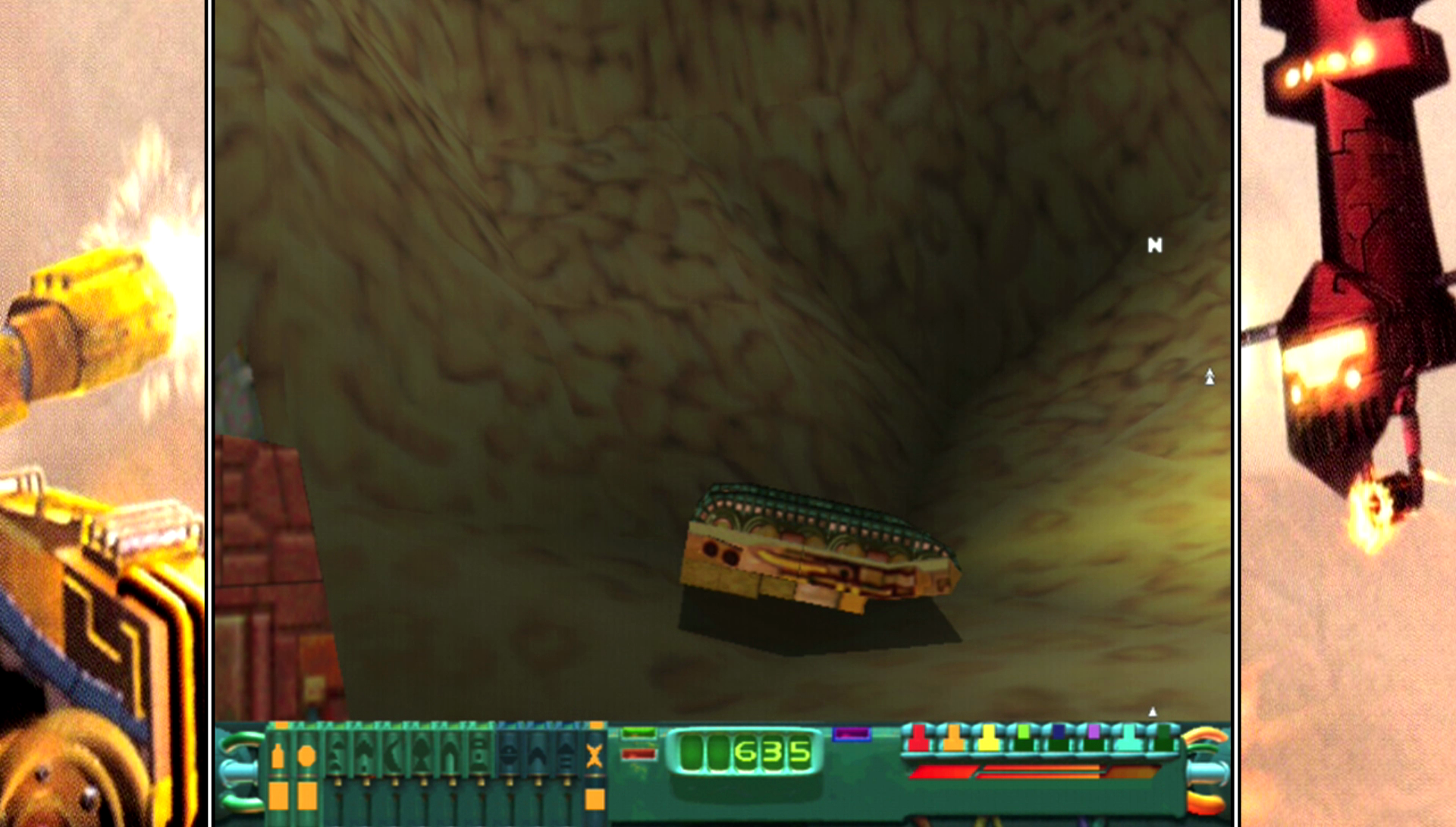 Which I found to be extremely helpful when getting up close and personal... Unless you flip over.

The worst thing about Wild Metal is the lack of any kind of presentation, from the moment you start the game up and get past the logos you're greeted with a dull menu screen with no music what so ever. To then starting up a new game for the first time, there is no cutscene, story, or any kind of context or setup, you select a vehicle and away you go. 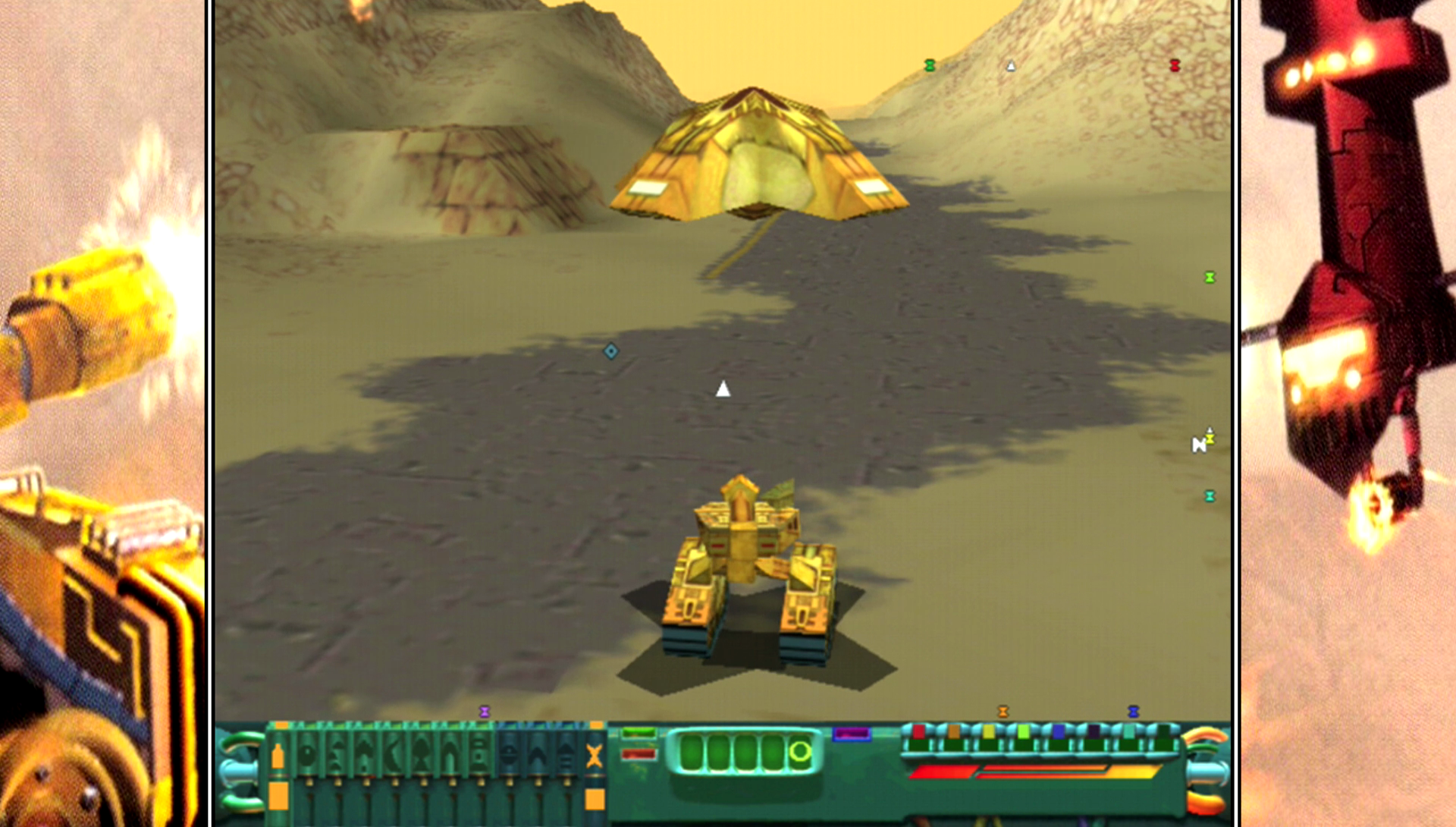 I had no idea what I was even doing or what all the markers were on my screen the first time playing this. There isn't any kind of tutorial or mission objective and of course like the main-menu the gameplay is also completely devoid of any music. So after driving around aimlessly and shooting things for twenty minutes listening to ambient sounds, I picked up all the glowy things and then proceeded to the next level.

The only information you have about the plot I mentioned earlier about robots driving away humans from these planets and such, is from a single page found in the manual of the game. So as you can imagine this game gets very boring very quickly. 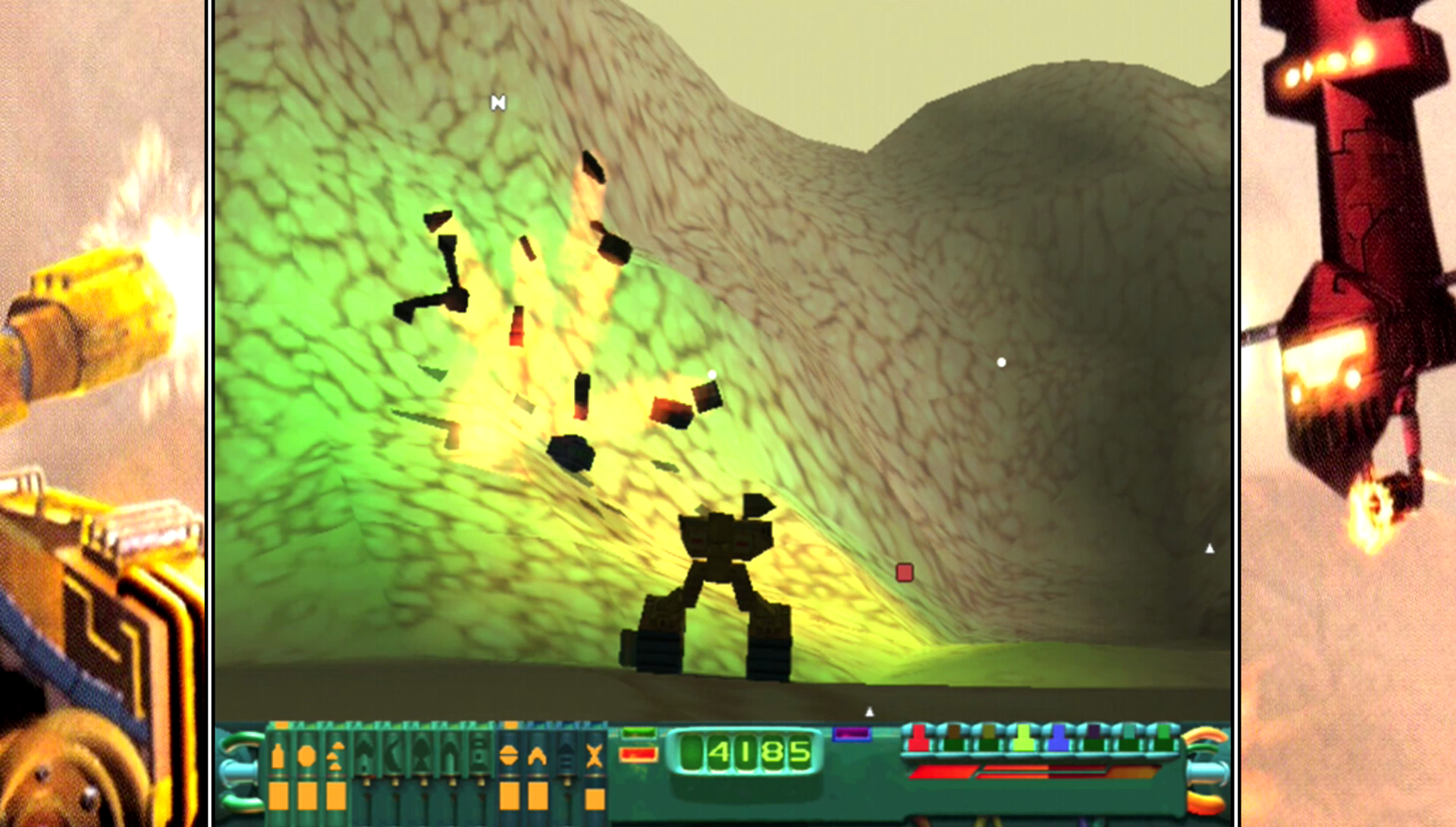 The environments you play in are all bland lifeless wastelands, the only thing I found interesting was seeing the tracks left behind from your robot as you drive. As for technical issues, I didn't really notice any bugs or glitches during my roughly three or so hours spent with the game so that's a plus, but the camera at times can be a bit of a mess, especially when you're boxed into small areas.

Wild Metal is anything but wild, it's a pretty bland game over all due to the lack of anything compelling to keep you playing. I can see this maybe being fun with some friends, but trying to play this game by myself almost put me to sleep. You aimlessly drive around shooting anything else that moves and collect things, that is basically every level in this game. Unless you enjoy this kind of thing then I really can't recommend it.

I give Wild Metal a knife wielding tentacle robot out of 10, thanks for reading or watching!